The bass Isosceles (patented) is a creation of Joel Laplane for Salon Revelations 2015. The architect was to create a bass resolutely new design with a simple and streamlined architecture.

In his luthier specialized career in classical guitar, Joel Laplane was always interested in the violin the violin, the violin is the historical reference on which it relied to develop his guitars.

The distant source of the bass Isosceles is the Tromba Marina, medieval. She had a triangular body extended by a handle with a single rope which gave, by touch of a finger, some natural harmonic notes. The rope was vibrated by a bow, the sound was emitted by a small vibrating bridge. Trumpet for the sound and Navy for the call to prayer dedicated to the Virgin Mary in convents.

Joel Laplane states:
"An order in 1980 years for an early music group gave me the idea to create a new instrument derived from Marine Trumpet, playing like a cello, with four strings and an ebony fingerboard, which I I called Viola Marine of the viol family. Then in 1994, Jean-Jacques Lemètre "the" musician polyinstrumentist Théâtre du Soleil Ariane Mnouchkine, asked me one with a more scenic and airy allure, I then named the instrument Cello Isosceles. "

With the successful experience of Cello Isosceles, Joel Laplane creates the bass for Isosceles Revelations 2015 the Grand Palais in Paris. The instrument is 2 12 meters high as a classical bass from the ground to the volute. The woods used are cedar from Canada to the soundboard, maple for the bridge, the African padouk for the sides and ebony for the fingerboard and the fragrant cedar from South America to the handle under the key. The mechanical tuning are gold plated. The soundboard, curved wood sheet transversely, not carved, is supported by a core and a harmony bar as for the traditional bass which it keeps the sound.

A paradox appears: that of having an instrument with your head held high for a deep voice. It is the attitude that lyrical singers have in the lightness and elevation of their body when they are "low". The Isosceles Double Bass is played like a traditional double bass.
The fingerboard comes above the soundboard in the upper part of the instrument. It does not change the usual playing of the left hand. The shape of the gills bordering the bridge is also a creation, respectful of the acoustic role of these two openings. It reminds a little of the shape of the gills of the Violes d'Amour of the Baroque period. 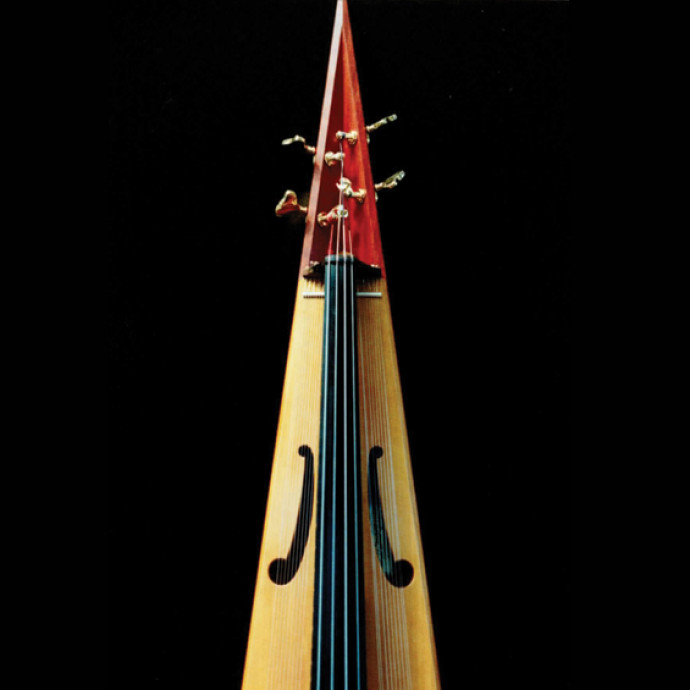 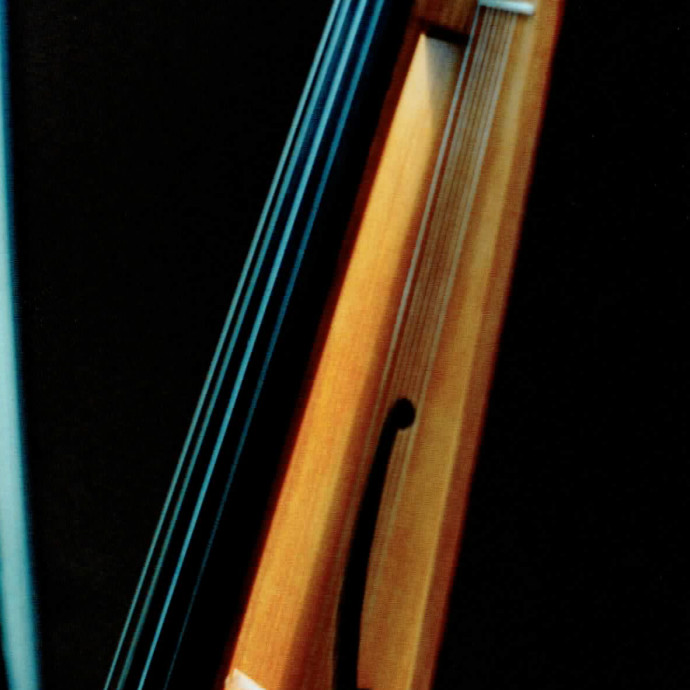 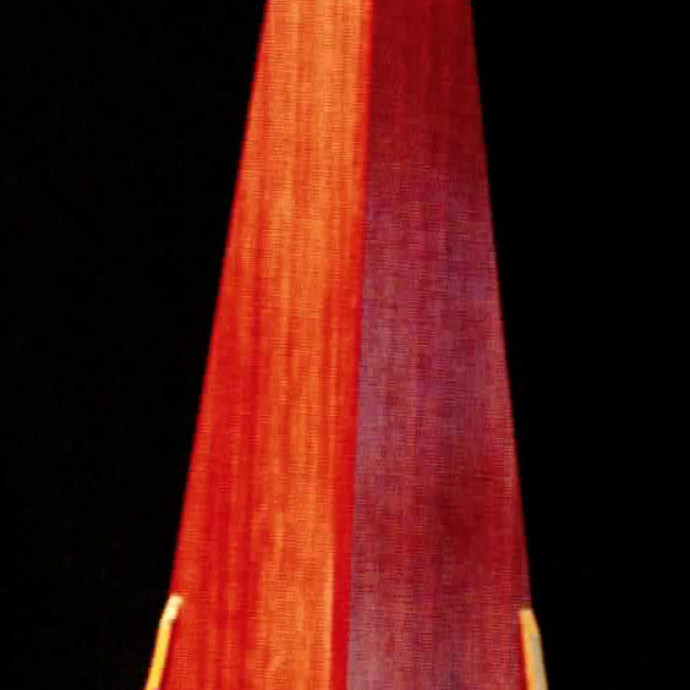 Infinite Light Columns in front of the Center Pompidou