The achievements of Reiulf Ramstad Architects, a Norwegian agency established in Oslo since 1995, are highlighted by the Galerie d'Architecture in the Marais district of Paris. The opportunity to discover this independent architectural firm which claims a high level of know-how and a specific ideology: to produce " a simple and daring architecture, closely linked to the Scandinavian context ».

Until 1er December 2018, the Architecture Gallery exhibits the work of the agency Reiulf Ramstad Architects. Without denying their cap as designers of buildings, the architects of the Norwegian studio are particularly interested in issues raised by the concept of urban agglomeration, including the relationship between downtown, suburbs and periphery. This is why their projects are often located in remote areas. In addition, the legacy of the works of Aldo Rossi, Carlo Scarpa and Sverre Fehn, is reflected in the design, materials and appearance of the agency's achievements. This is distinguished by the combination of their European artistic inspirations with the influence of Scandinavian landscapes.

Signed by the team of Reiulf Ramstad Architects, the scenography presents sketches that navigate on vertical wooden boats or on A4 sheets compiled in mosaics, as well as video projections; we discover a culinary cultural center in Danmark, a hotel in France, a visitor center in Scotland, a museum and a national tourist route both in Norway. Among them, the national tourist road Trollistigen, built in 2012, is headlining the exhibition. In the heart of the Norwegian fjords, the development aims to improve the tourist experience. It allows you to reach hard-to-reach areas first by car, with stations, to stretch your legs and admire the view. Designed to preserve the natural aesthetics of the place, the construction goes so far as to highlight the atypical character of the biotope thanks to the deliberately rugged design and natural materials.

To learn more, visit the website of The Architecture Gallery et from Reiulf Ramstad Architects 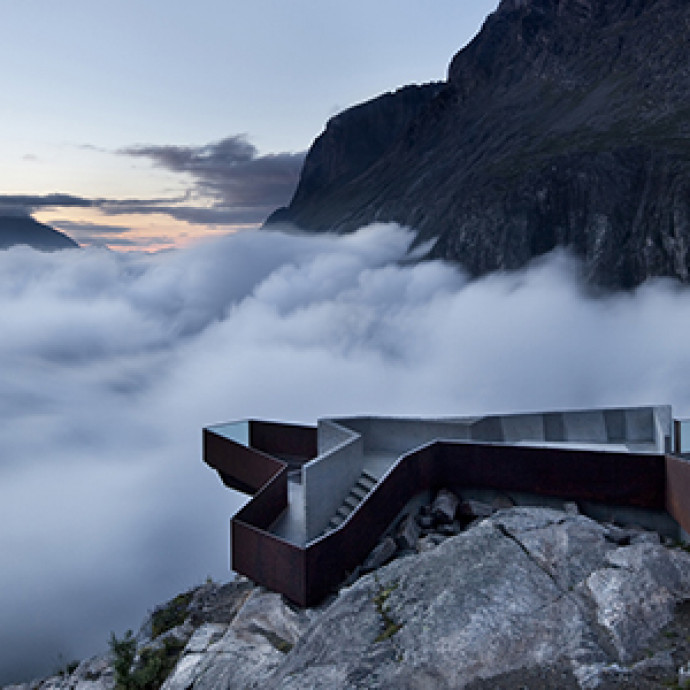 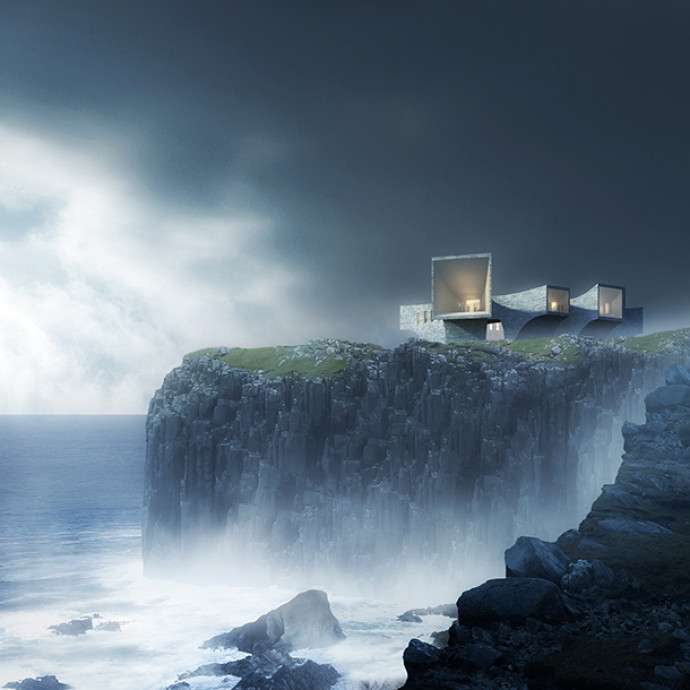 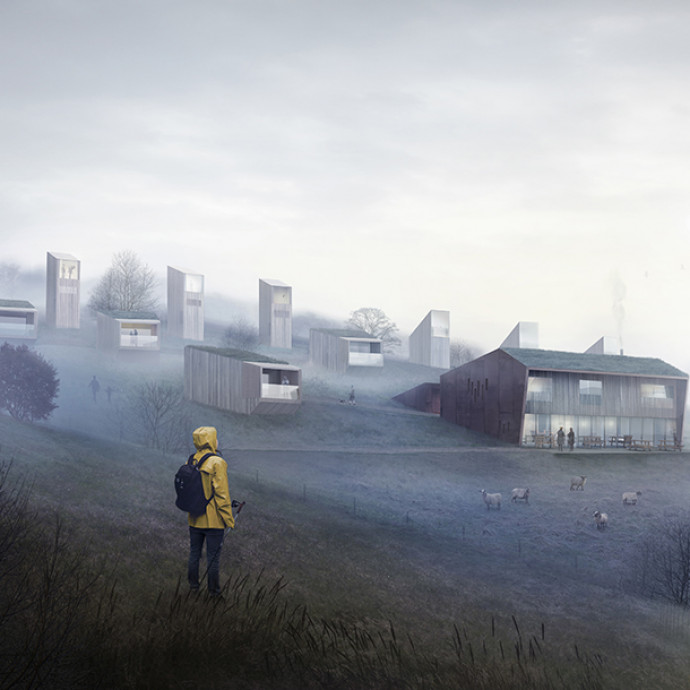 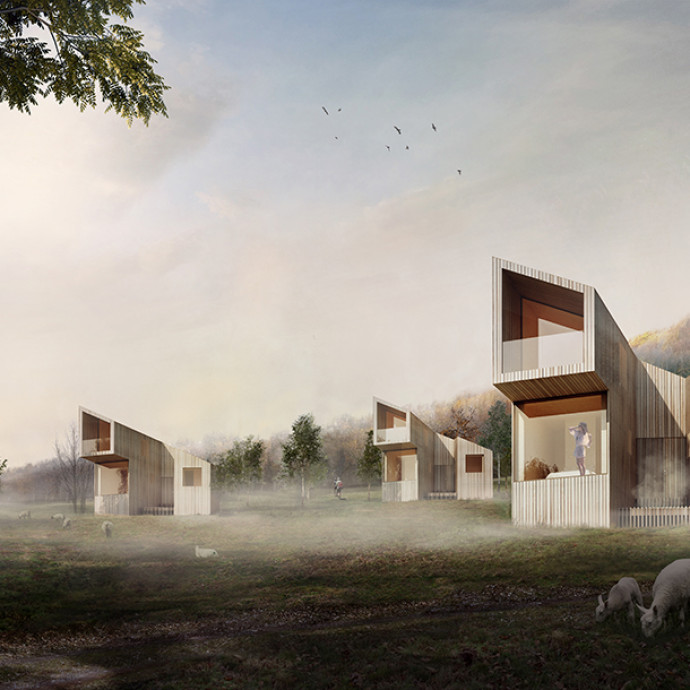 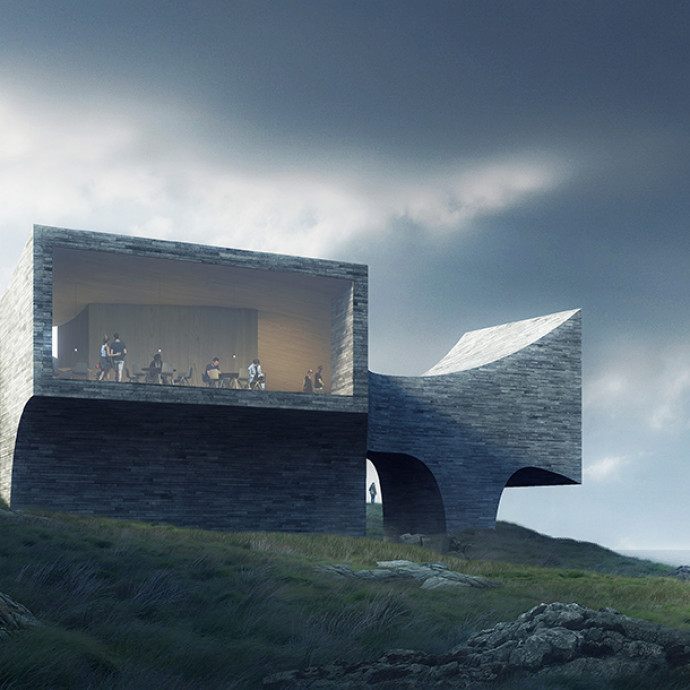 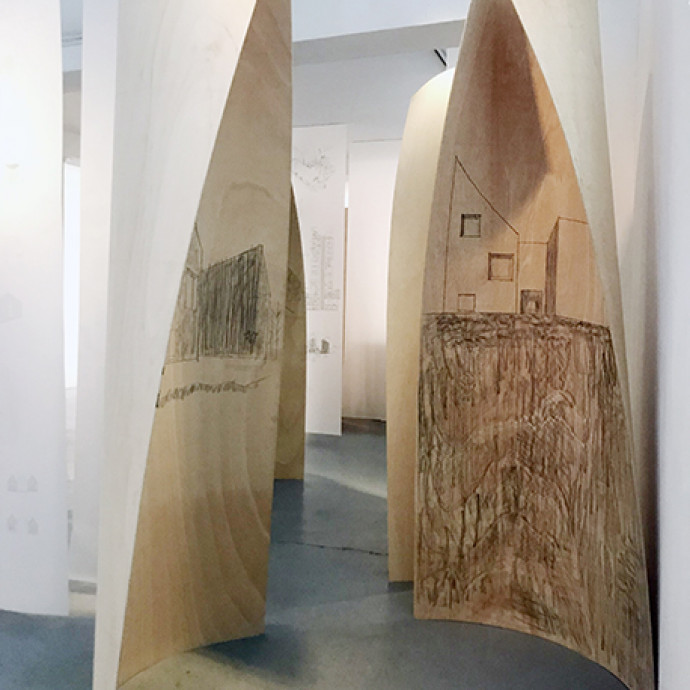 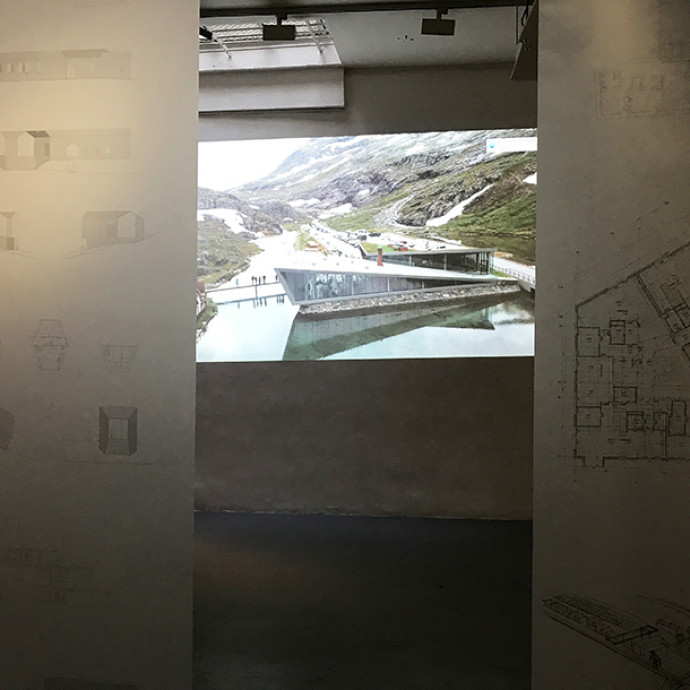 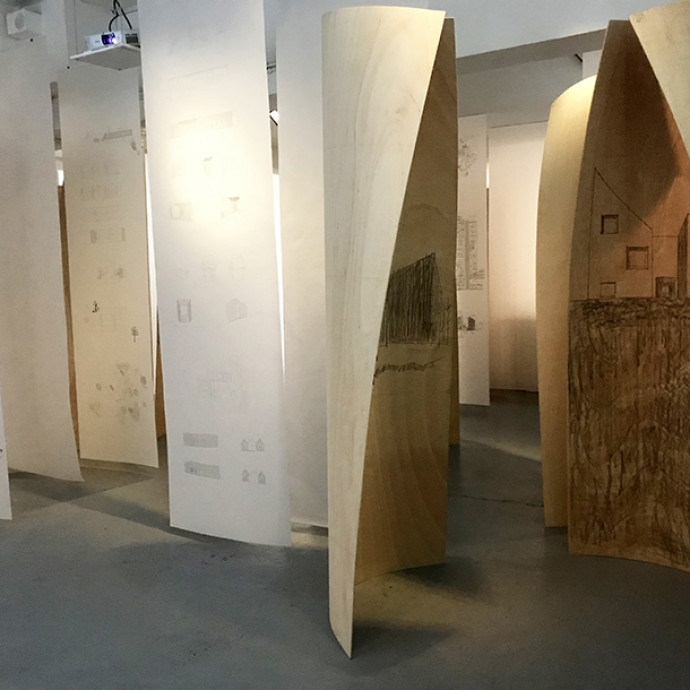 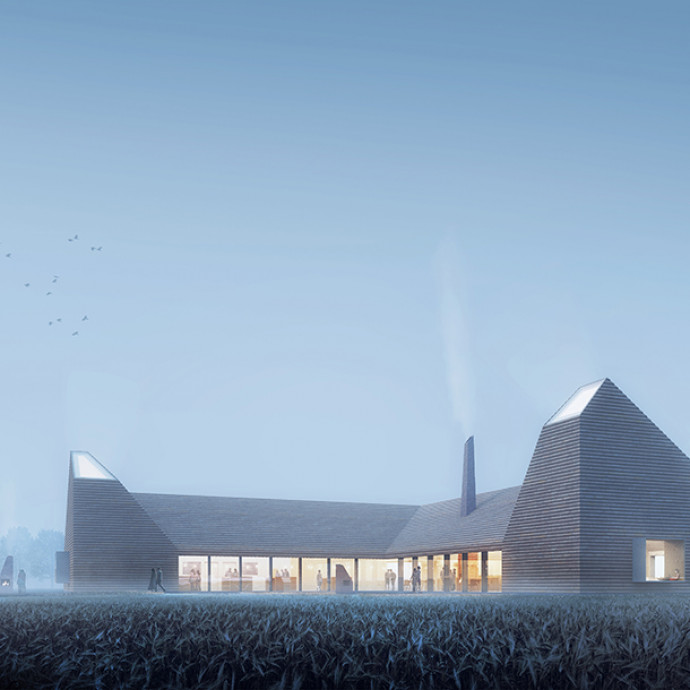 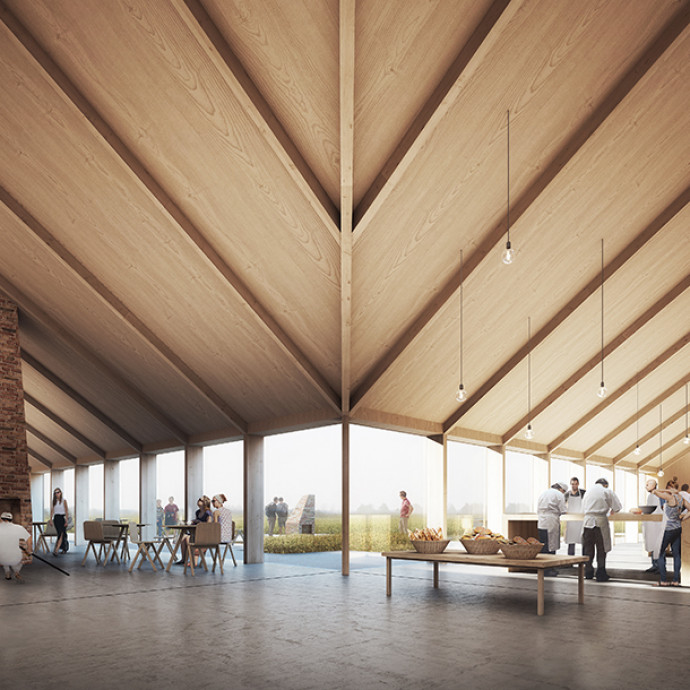 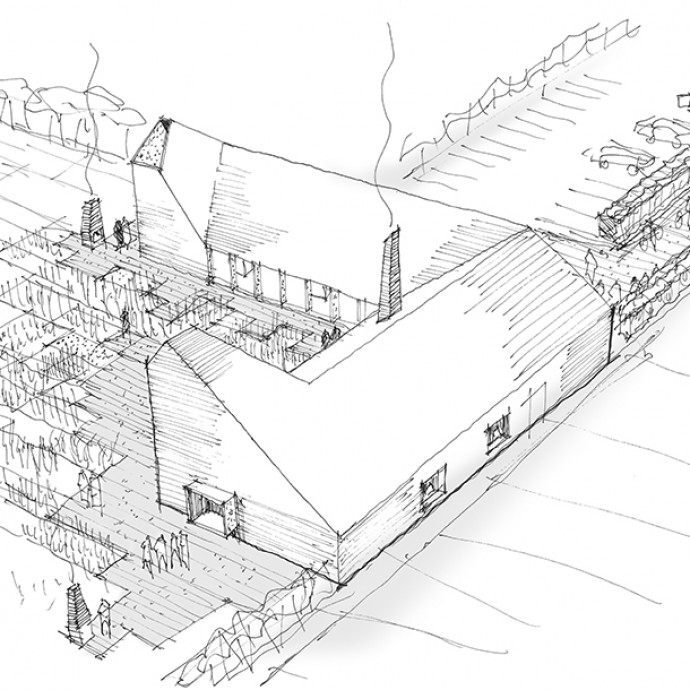 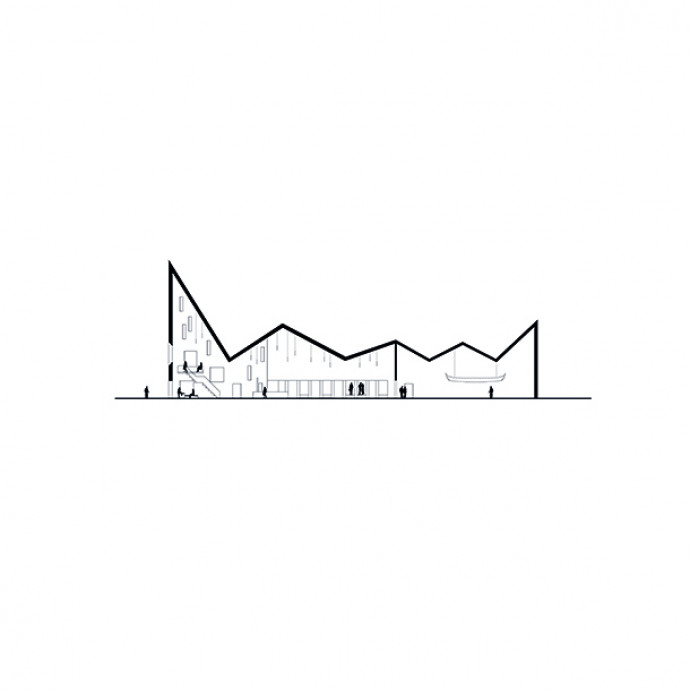 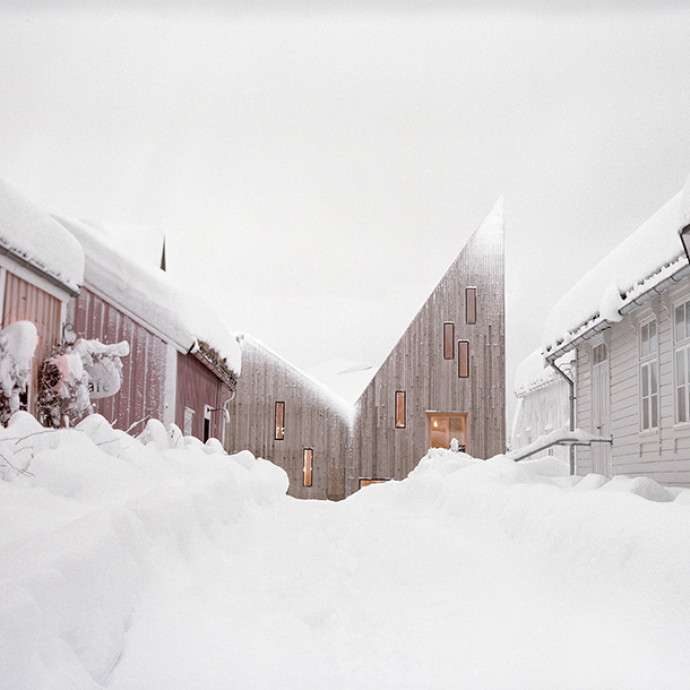 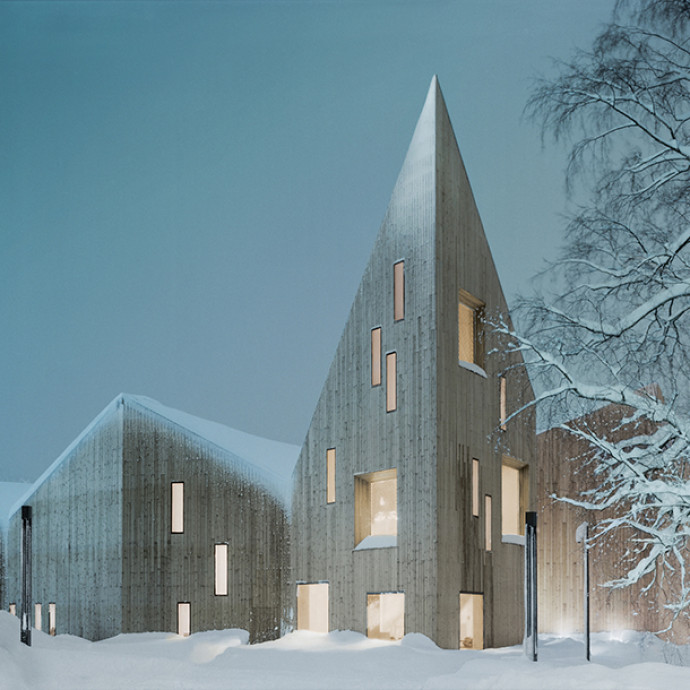 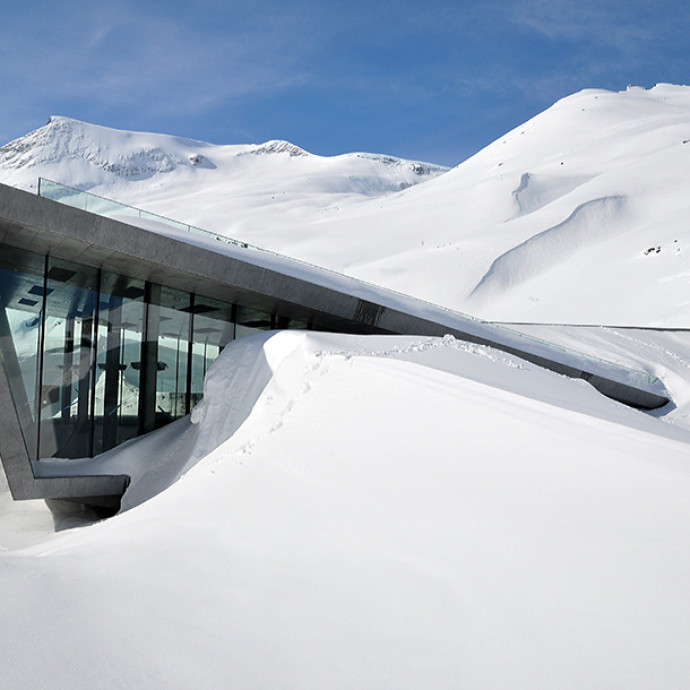