Haute Agora is the embodiment of a prospection that lasted a year. A research that focuses on the potentialities of a large-scale structure, on what it generates as questions in terms of economy, technical performance and uses. The ambitious study, exhibited at the Pavillon de l'Arsenal, is led by architect Jean-Christophe Quinton and engineers Bollinger + Grohmann, and is embodied in a high-rise building culminating at 700 meters high.

Essential to the democratization of architecture, the Pavillon de l'Arsenal aspires to publicize research through the project, thanks to the temporary exhibitions it hosts. The event Haute Agora is no exception and tends, until 31 next March, to explain complex issues that question the forms generated by architectural creation, in a context of economy of materials and diversity of uses. A program that is a priori not very accessible that designers have been able to make as interesting as it is playful thanks to the use of virtual reality, immersive works or impressive scale changes. The ensemble is divided into three phases: a phase reserved for research hypotheses and the design of the project, a second moment that recreates the exquisite corpse created by the architects, and finally an area dedicated to the immersion of the visitor into the world. project space.

Thus, the first space of the exhibition is devoted to the intentions of the study and the terms that emerge at the dawn of this research. It opens the reflection on the way in which forms appear in architecture.
The project formulates innovative possibilities around a problem related to form and structure: to what extent is an organic architecture, parameterized, adaptable to the scale of a human project? How does it revolutionize its implementation?
The event brings together the studies, calculations and technical drawings that built the project, where the neat sketchbooks of Jean-Christophe Quinton mingle with the models of the various modules that inspired it to illustrate the debate.

The object of the search then takes the form of an exquisite corpse, visible in the second time of Haute Agora. The tower, composed and sequenced by a hundred architects, is exposed on the floor on a black and white fresco 20 meters that you walk with the help of slippers. The elevation renews the relation of the visitor to the space represented: by traversing the project, he is confronted with a singular relationship with the object shown, leaning to observe details which diversify as he advances.
He can appreciate, over the 170 floors, a program as mixed and complete as the number of architects who have built is large. Some 96 designers invest volumes and work to renegotiate the way in which the uses in the spaces are articulated. They formulate new civilities, decomposed and fictional relationships that punctuate the different building mechanics of the building. Between indoor parks and hanging gardens, the whole breathes around spaces left empty, which lessens the density of the proposals.
A purely theoretical building, bringing together unique projects that, if they seem disconnected from each other, play in favor of a harmonious reading of the building. The composition of the tower is punctuated by huge walks, a bit like a level-design where all levels compete separately for a common goal: a practice uninhibited of a type of construction for too long despised by the politics of the city - and its inhabitants.

The silhouette of the tower is composed of independent modules, exposed thanks to models posed, suspended or duplicated by mirrors, and which reveal a composition with variable geometry, adaptable to infinity. The innovative program of this building aims to tame the immense building by morphogenesis, using fragmented and nested modules to form a multitude of composite elements deployed vertically. Engineers exploit limited hardware resources with this model, duplicated around a tubular space to form a cluster of habitable cells. It only took them 30 centimeters thick to form the concrete sails that support the first levels of the tower from the ground.
The thickness of these prefabricated concrete sails varies according to the stages. Some documents demonstrate the diversity of factors studied for the technical design of these elements, such as the "flow of wind" around the tower or the distribution of light. Everything is organized in attractive graphic visuals, able to communicate the aspects of the project to amateurs as well as experts, with a lot of clarity and simplicity.

The presentation concludes with a final space dedicated to the immersion of the visitor, through computer simulation. It has three isolated shots, displayed on the floor, similar to the elevation, in which the viewer plunges through virtual reality helmets.

As for the exhibition layout, if the research project calls for diverse elements in a visually-ventilated exhibition, the distribution of exposure in three stages would deserve to be more effectively identifiable. In order to offer a better reading of the steps that have framed the research, it would benefit from being explained. The walk is not always obvious or framed, which could quickly mislead the visitor around a course that does not meet these three steps.

By the physical means used, however, the exhibition strongly testifies bets raised by a very inspiring research: it leads to a proposal that dares to redefine the standards to articulate otherwise human activities in the development of high-rise buildings.

To learn more, visit the site of Pavillon de l'Arsenal 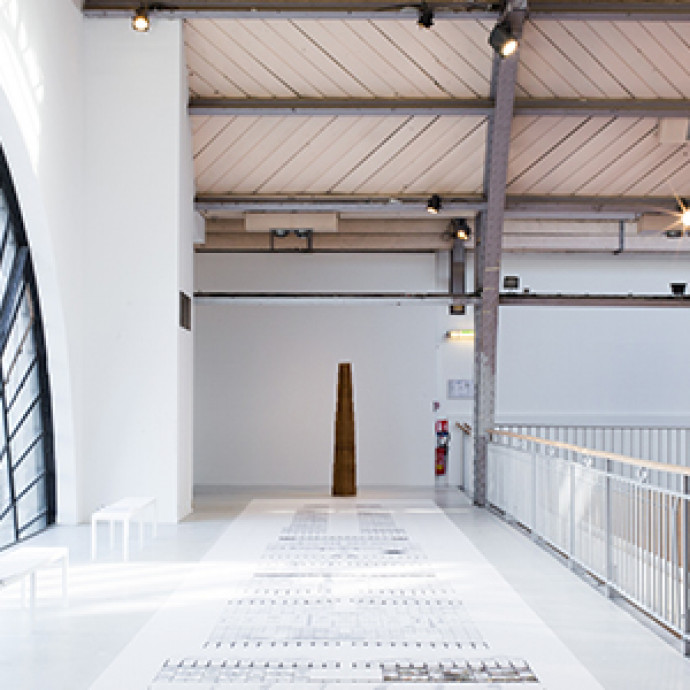 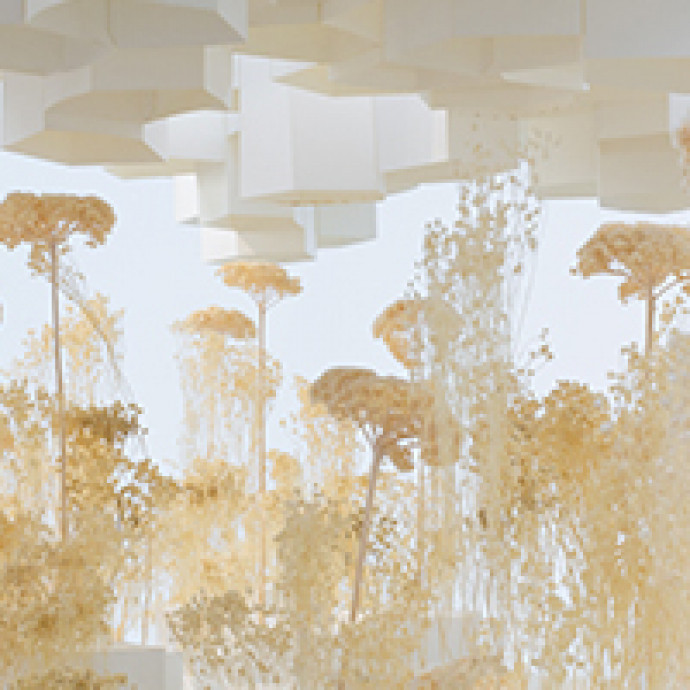 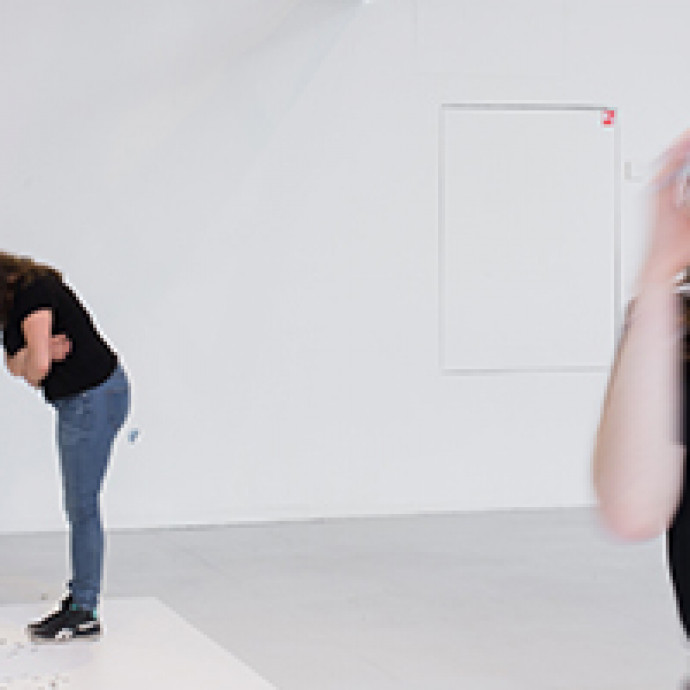 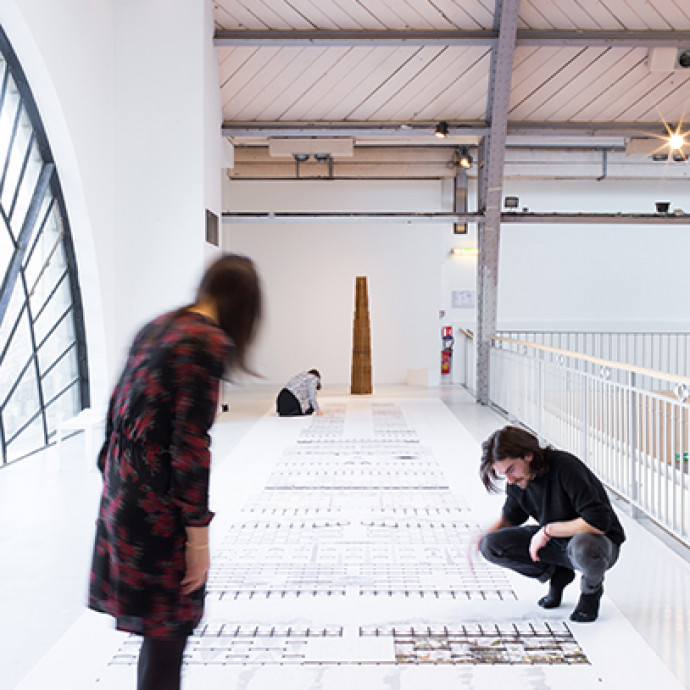 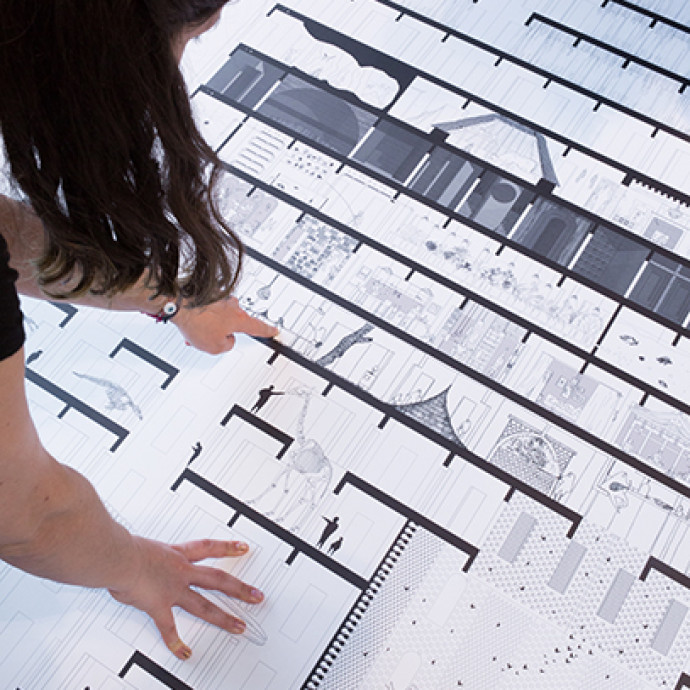 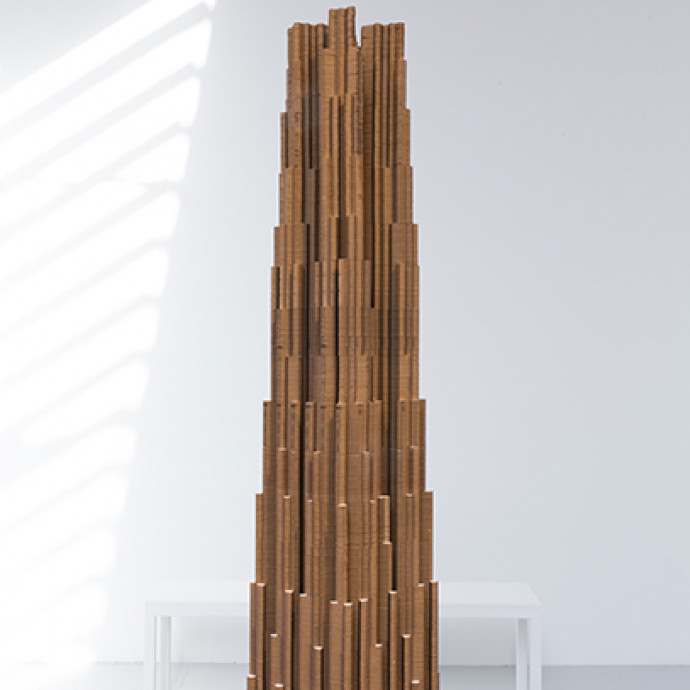 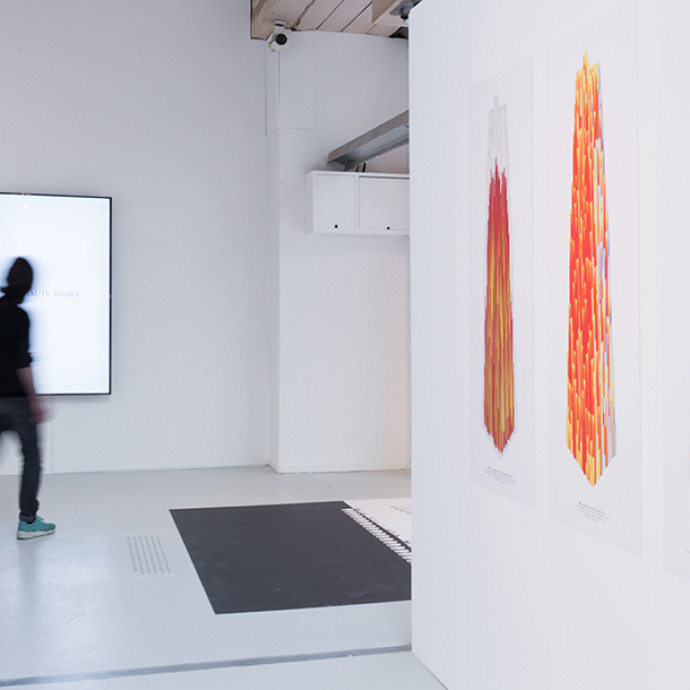 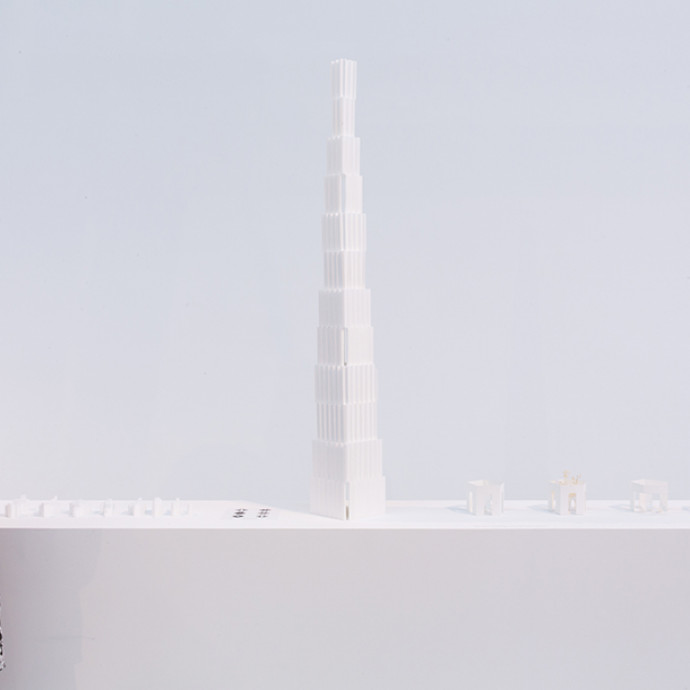