Studio Viktor Sørless creates a minimalist villa inspired by the film The Ghost Writer. Located on the Danish coast, this villa is indeed reminiscent of the house by the sea of ​​fiction. Through an assumed cinematographic aesthetic, the agency imagines a very contemporary summer residence.

With the only constraint of being inspired by the isolated villa of Roman Polanski's feature film, The Dune House commissioned by a film buff client at the Norwegian agency presents a sleek architecture and enjoys breathtaking views of the surrounding wilderness. The geometric volumetry and openwork structure give the house a strong identity.

From the outside, The Dune House fascinates with its cruciform aspect. The building is structured around a central vestibule with an elevator that leads to raised living spaces, four modules adjusted to the cardinal points north, south, east, west. Each entity includes respectively a living room and an office, a dining room, a kitchen and bedrooms.

The large windows determine the luminous atmosphere and cinematographic dimension of the place. The natural light, which can be adjusted thanks to the curtains, illuminates the rooms in chiaroscuro. The organization of the volumes, the proportions of the dwelling and the large openings also contribute to accentuate the presence of the marine winds. Every detail of the residence inspired by the famous house of the character Adam Lang reinforces the dramatic atmosphere of the ensemble. 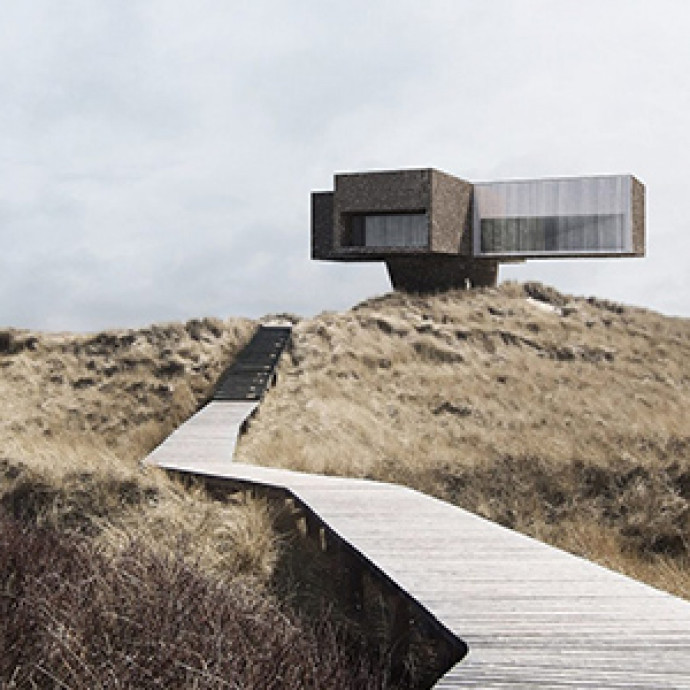 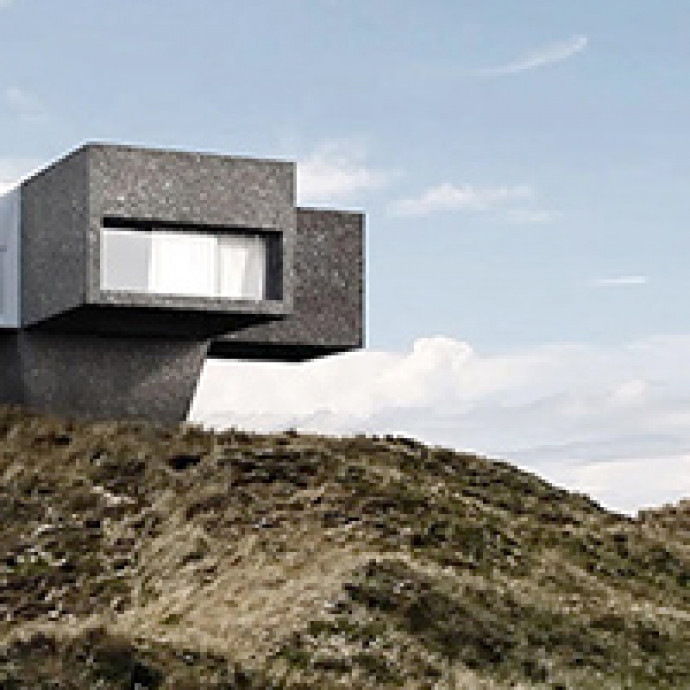 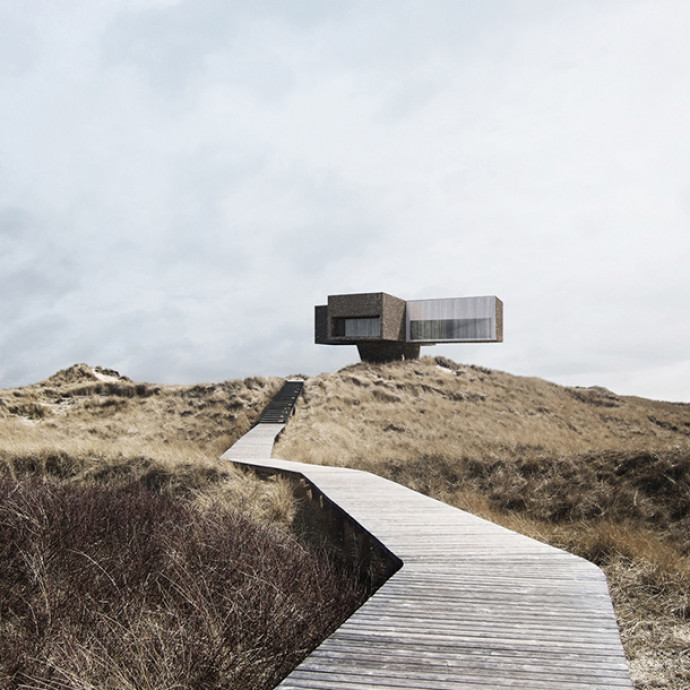