The new media library of the city of Dunkerque (59) invests the former Museum of Fine Arts, a building of the Reconstruction monumental volume purified. A charismatic base to which the architects of the agency DHOUNT + BAJART add light and life.

Bombed during the war, the Museum of Fine Arts in the city of Dunkirk was subsequently rebuilt in 1973, according to the architectural canons of the time. A white marble monolith, its pagoda entrance directly echoes the international style movement and the works of Oscar Niemeyer. A jewel of modern architecture closed since 2015 to which the D'HOUNDT + BAJAR architects & associates teams are bringing it back to life by transforming it into a lively media library.

First step: open the building until then rather hermetic. The additional buildings - added over time - were destroyed in order to reveal the architectural potential of the main building, finally allowing it to breathe, when the white marble facades were restored and then pierced with large bay windows, connecting the interior spaces to the main building. 'outside.

Reading enthusiasts and other curious enter the building via a panoramic bay opening onto a café, allowing the library to become a real everyday place and not just the haunt of rare readers, students and school groups. Once the place of restoration crossed, we arrive on a common place dominated by a large irregular step. The wood and the predominance of the green color seem to prolong the outside wooded inside, giving immediately a warm aspect to the whole.

Because the intervention of D'HOUNDT + BAJART also includes a big work of interior architecture proposing various landscapes to the users. One of the highlights of the media library is undoubtedly in its floor covered with a carpet printed on a large scale. Extending across the entire building surface, the 13 gradient from pale pink to fir green plunges the reader between Holland and Vietnam, in a unique setting made of an improbable shades.

A place of choice offered to the culture. 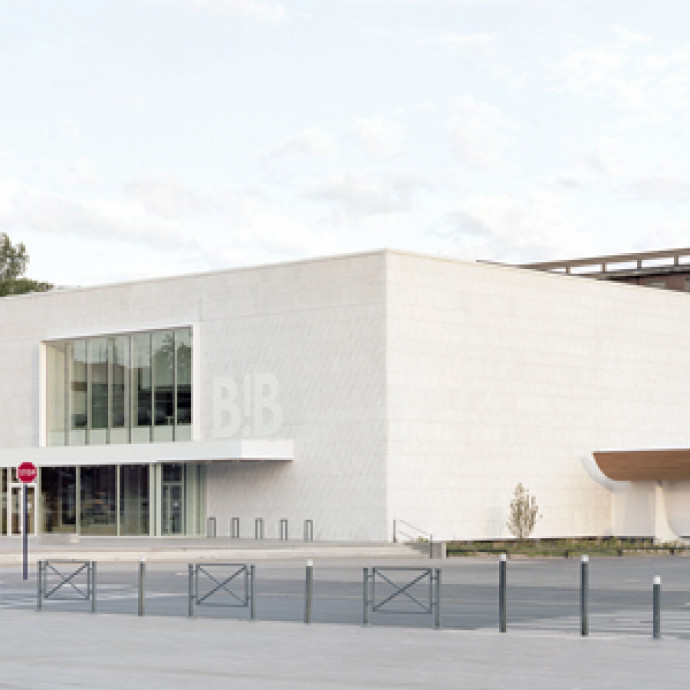 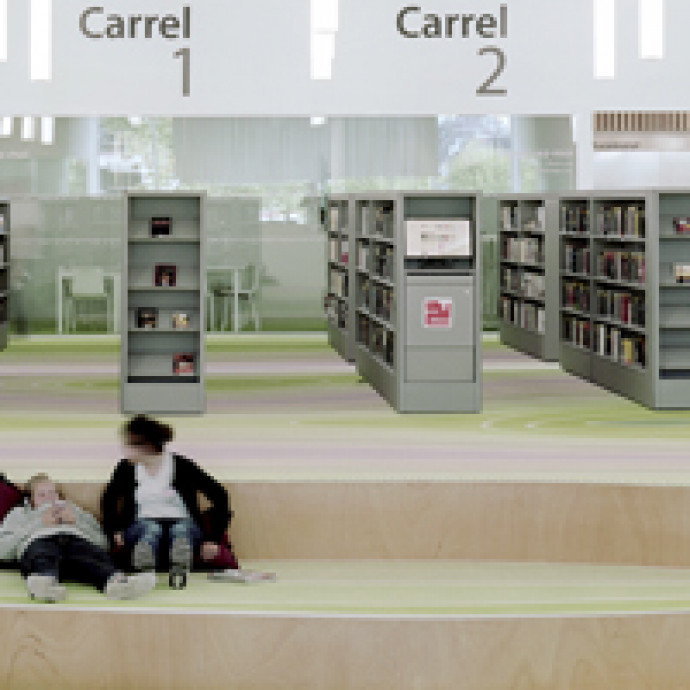 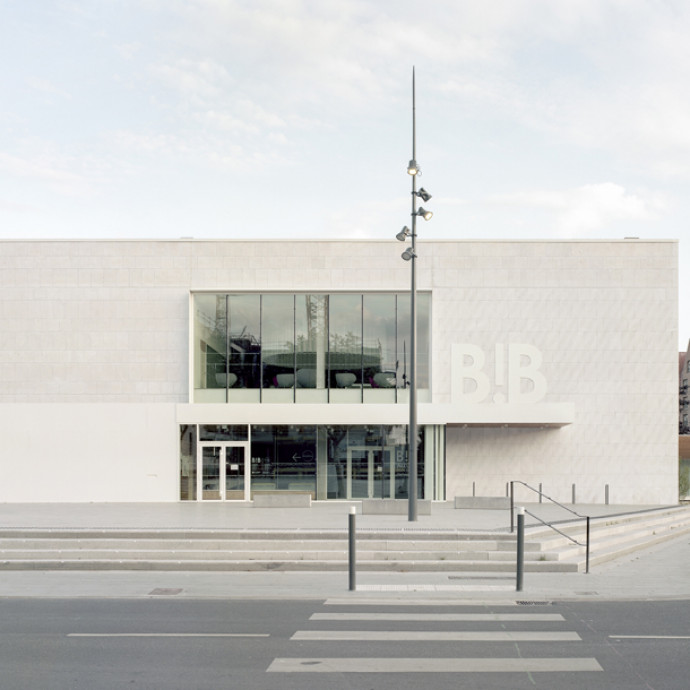 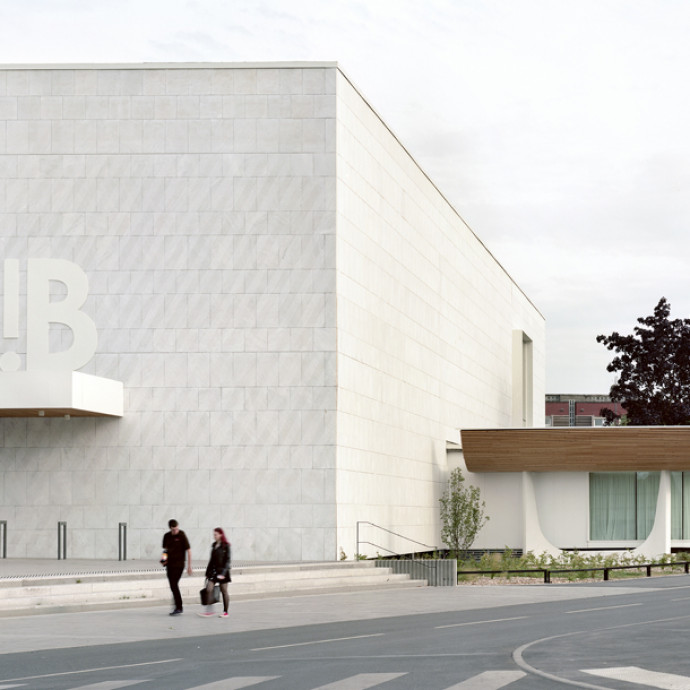 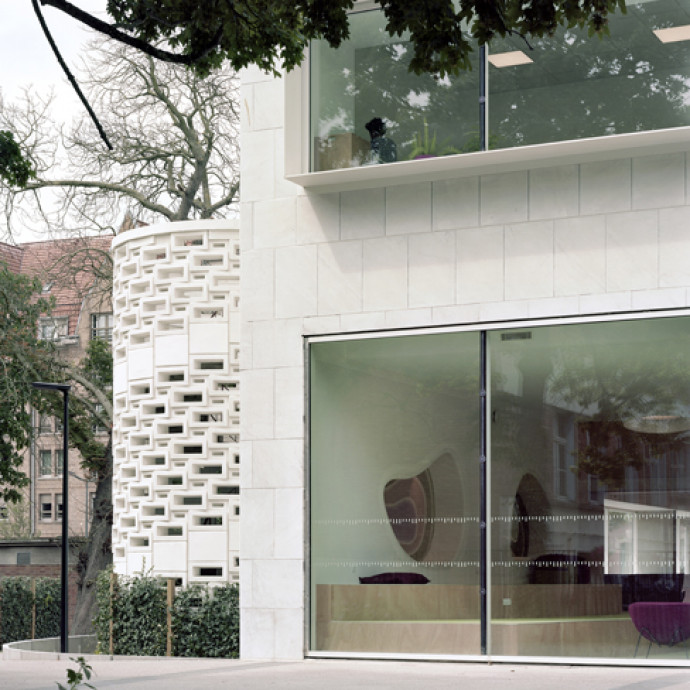 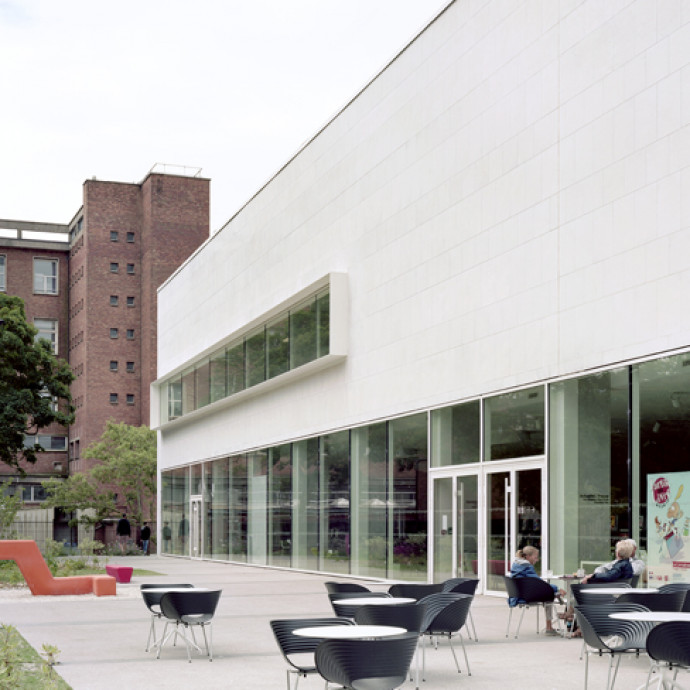 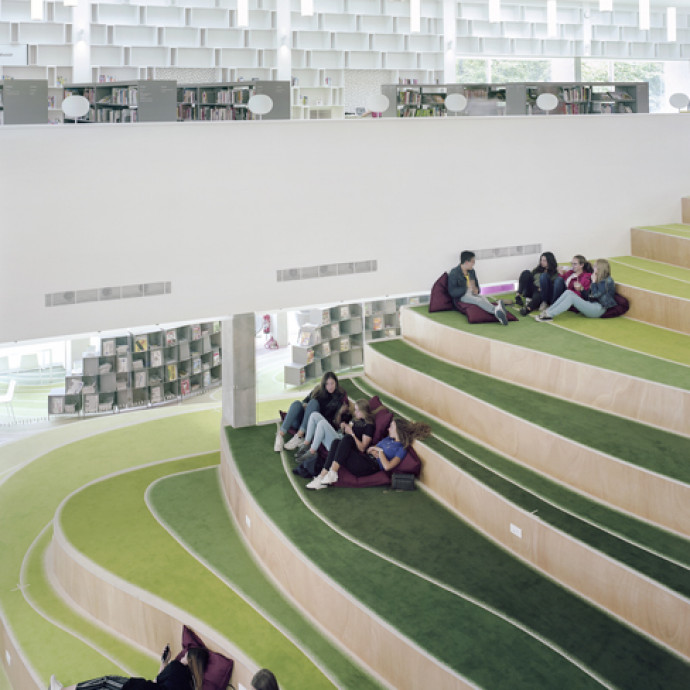 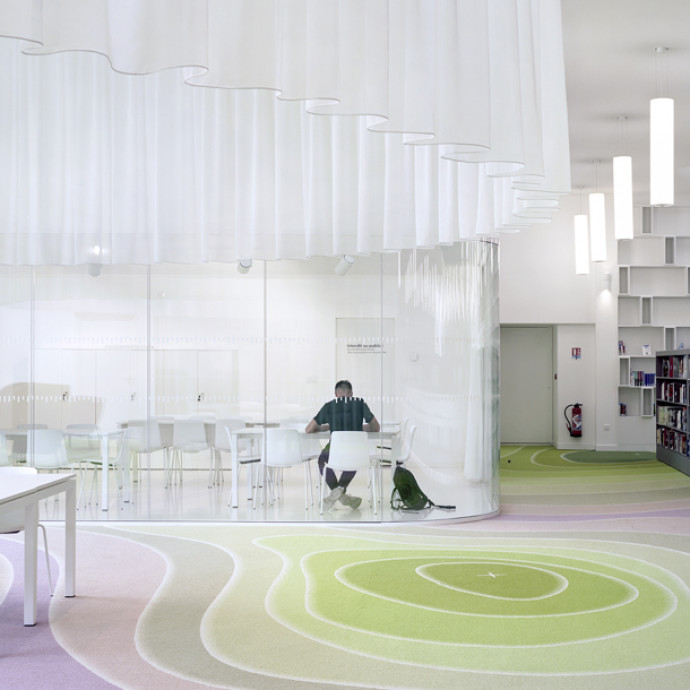 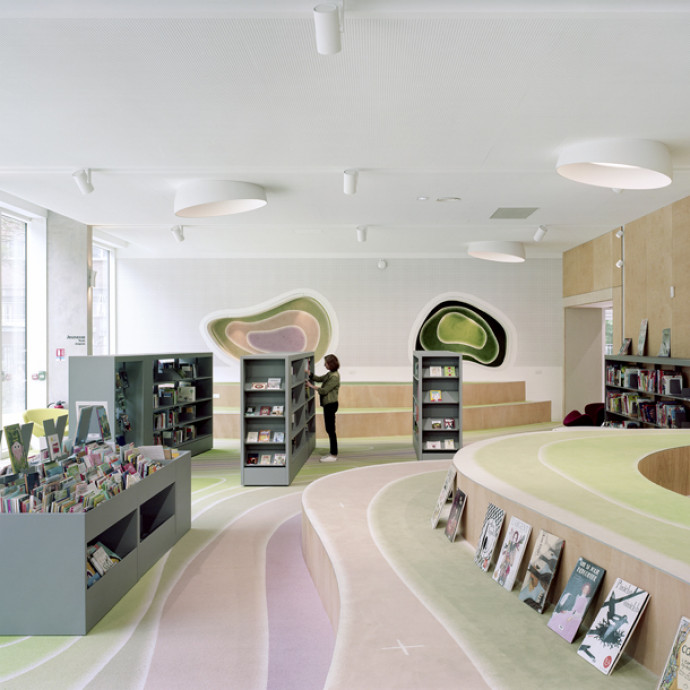 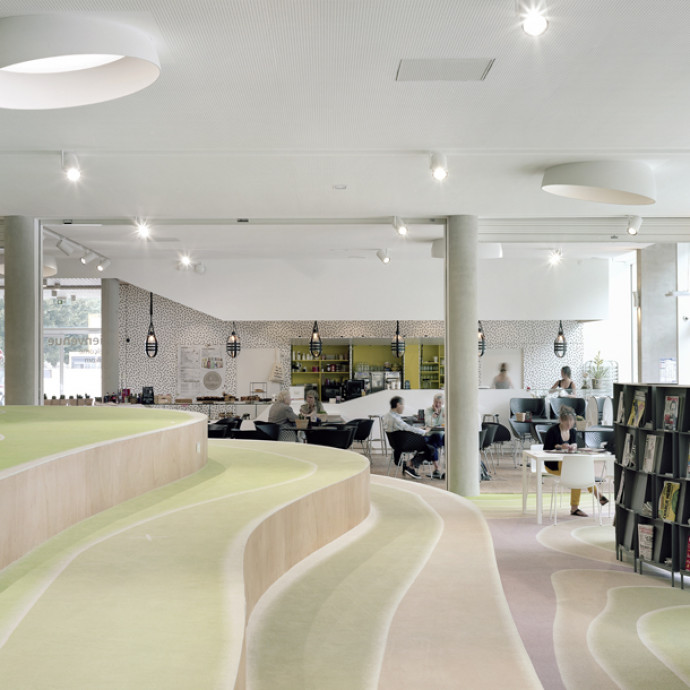