Young agency that nothing stops, TRACKS has recently delivered a cinema with unique identity in Riom (63). An impressive monolith of concrete, the Arcadia is the result of a subtle work of materials and is part of an architectural tradition Auvergne. Delivered at the end of 2018, the project has just received the CNC Innovative Room Award. Back on a dark room in the process of becoming iconic.

So, we do not know if the devil is hiding in the details, but the refinement of the work of TRACKS, him, yes. As proof, their production of the Arcadia cinema has just been awarded the prestigious Prix de la salle innovante by the National Center for Cinema and Animated Image. The first establishment to open on the site of the Riom Gardens of Culture, the 1 845 square meters complex includes three rooms that can accommodate up to 542 spectators simultaneously as well as a modular conference room with 112 seats.

The project is divided into two complementary volumes juxtaposed. The first building - whose height is a continuation of the existing enclosure - is covered with a concrete alloy and dark volcanic stone. A second volume contrasts with this one thanks to its lighter covering and its reinterpretation of the regular arches of the wall already present in a series of vaults of different sizes.

A clean and contemporary bias that also dialogues with the large green forecourt whose assembly is preceded, thus functioning in the manner of a cloister. The hall, largely glazed, acts as a break between the bright exterior and the dark rooms and blurs the boundaries between outside and inside. "We wanted a modern answer to the convent that is in front of us. We also wanted to have a bright building overlooking the garden. This space of greenery is rare in a cinema: we wanted it to transpire in the establishment before the spectators enter the rooms more subdued » entrusted the architect Jeremy Griffon at the award ceremony. 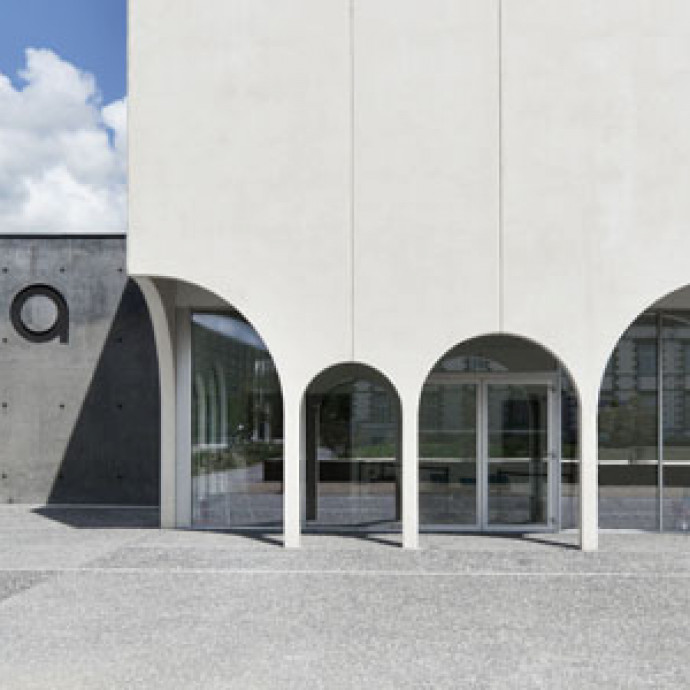 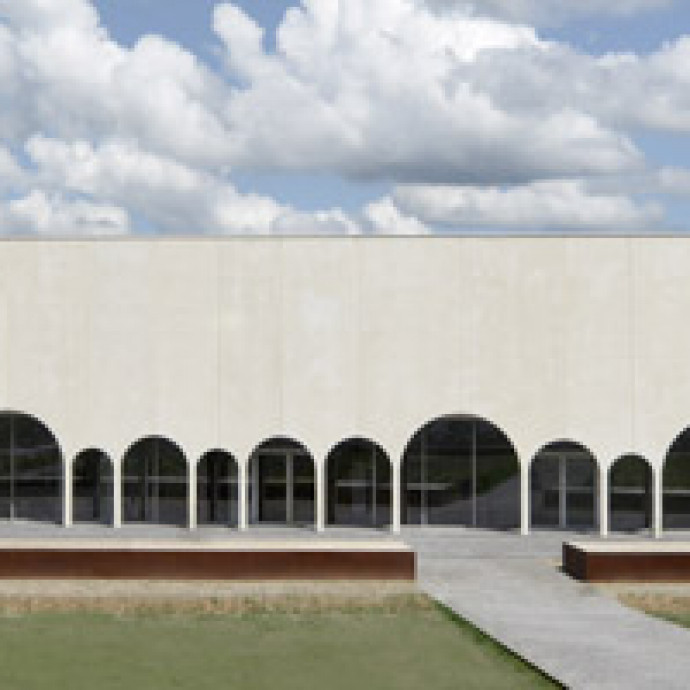 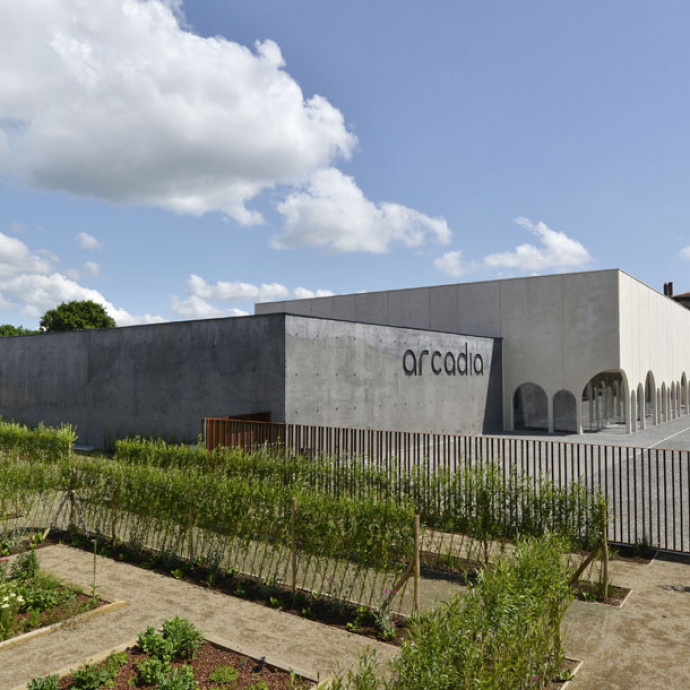 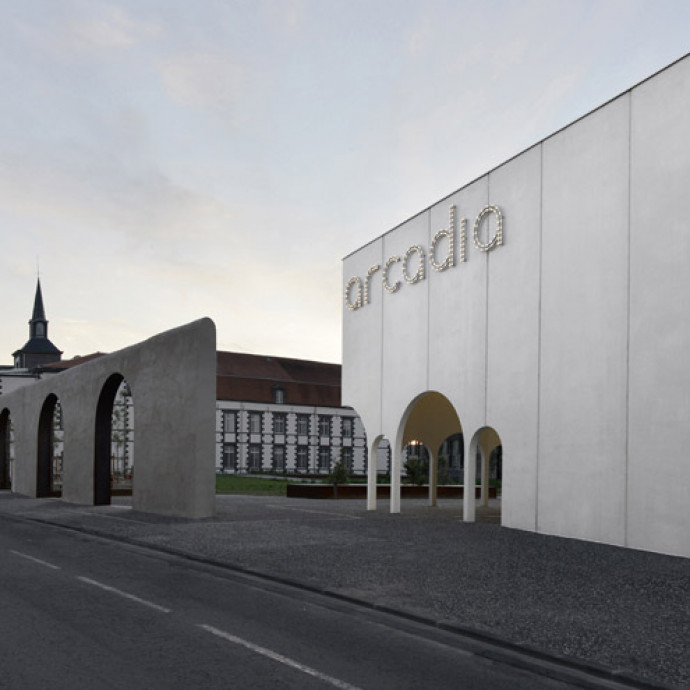 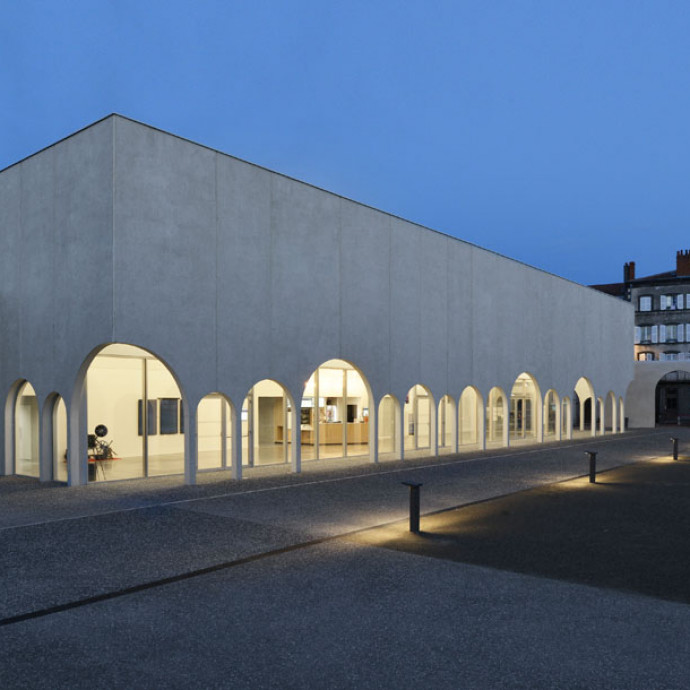 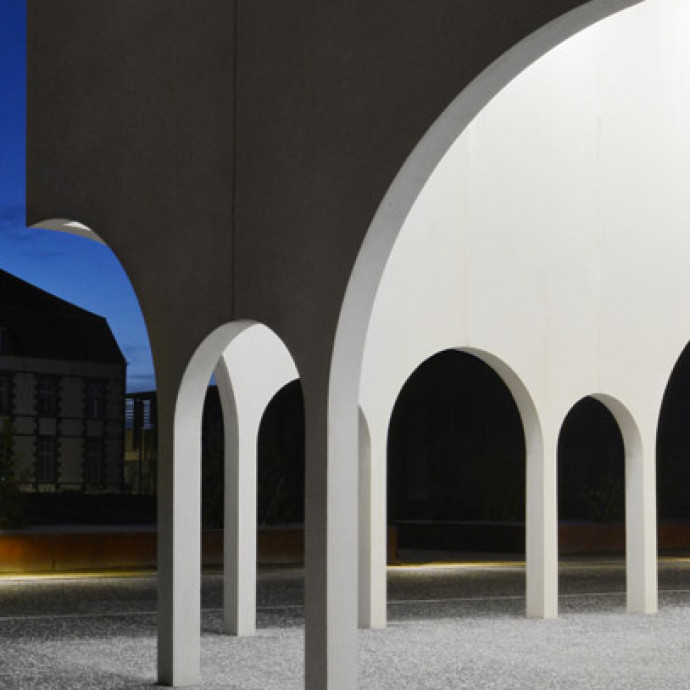 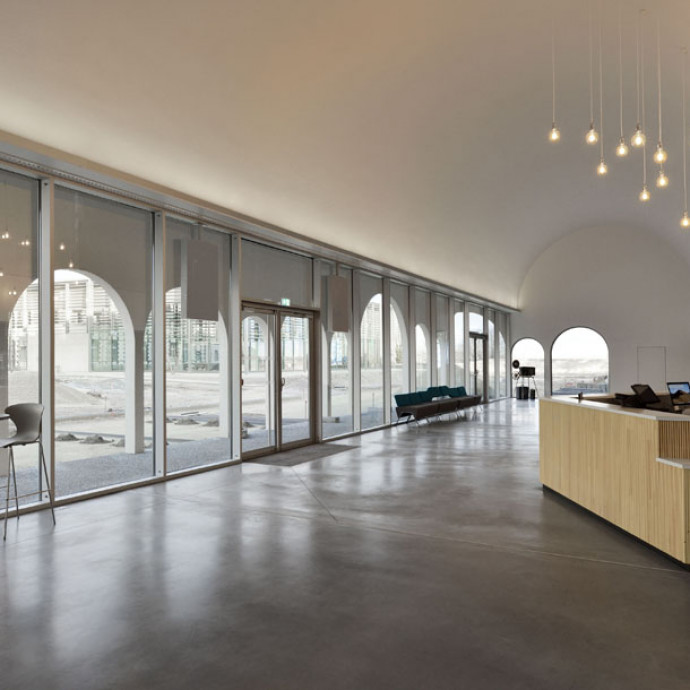 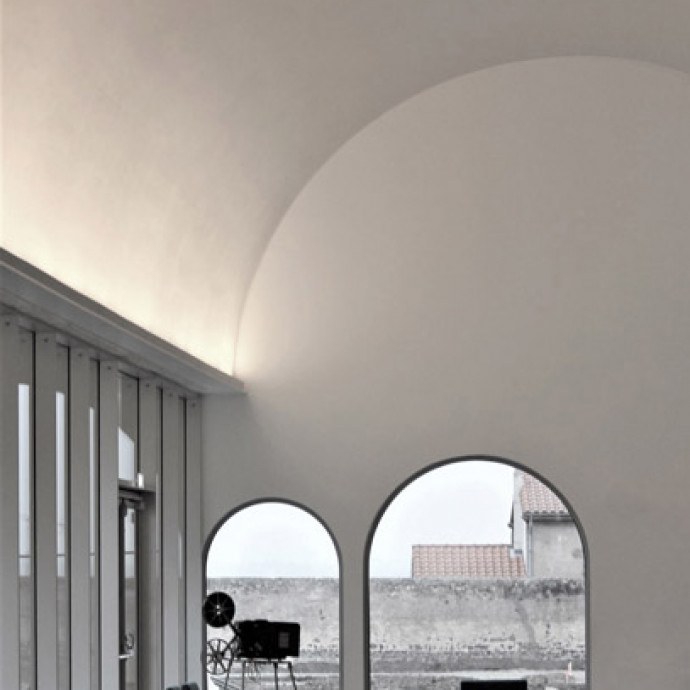 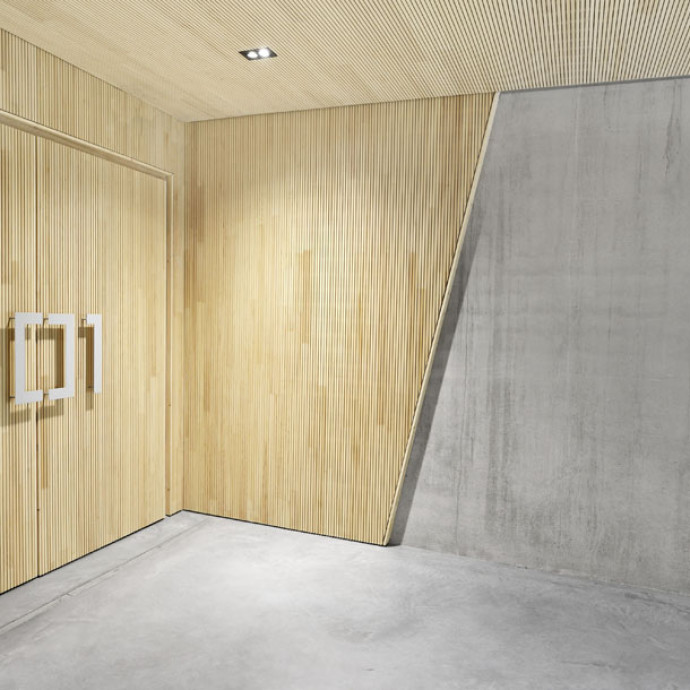 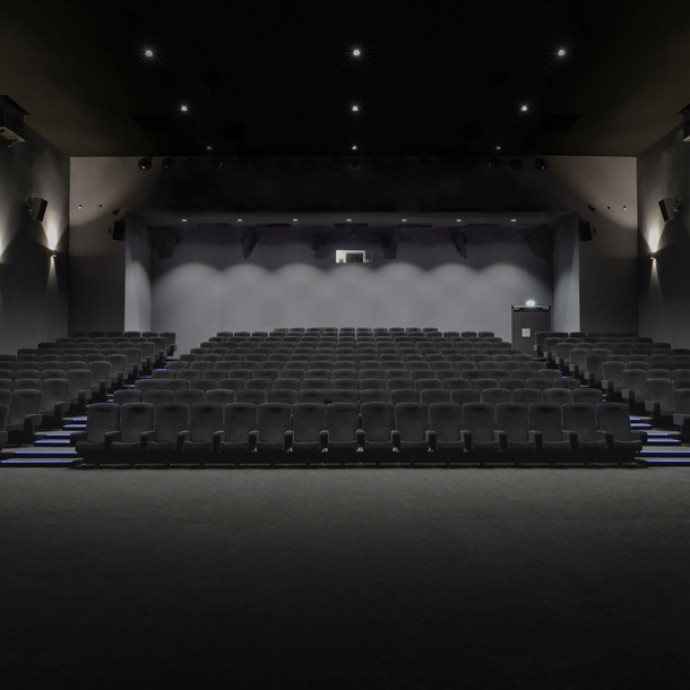