An iconic building in the Paris La Défense business district (92), the Carré Michelet has benefited from a quality facelift signed by Cro & Co. The building, dating from 1986, thus sees its facades cleaned, its volume clarified and its surface increased. Zoom on one of the most successful rehabilitation projects.

The first stage of this restructuring consists in separating Carré Michelet from its neighboring buildings in order to clearly display its presence in the landscape of La Défense. The urban strategy implemented by the project managers is "Connect, clarify, innovate". Once this separation was made, two breakthroughs were made on either side of the volume in order to link La Défense and Puteaux. Terraces were then built inside the building itself to compensate for 14 meters of difference in level and to ensure continuity between the forecourt and the city.

The architectural choices are also articulated according to various values ​​which contribute to founding the identity of Carré Michelet, that is to say “Connectivity, openness, human value and serendipity”. In order to bring offices into the era of time, the architects have bet on the model of flex-office to different spaces bathed in natural light. Three levels were added to the initial construction, which went from 30 to 000 square meters. The 37rd floor is then raised and the architects also created mezzanines, forming a large panoramic penthouse in double height offering an exceptional view of Mont Valérien. A dialogue between interior and exterior accentuated by the large presence of vegetation on the various platforms.

Regarding materiality, the interior of the project is treated according to a “loft” aesthetic where the CLT cantilevered floors are suspended from an exposed metal frame.

Between monumental offices and an "artist's studio" spirit, the Carré Michelet is a great success that completes the French skyline of La Défense. 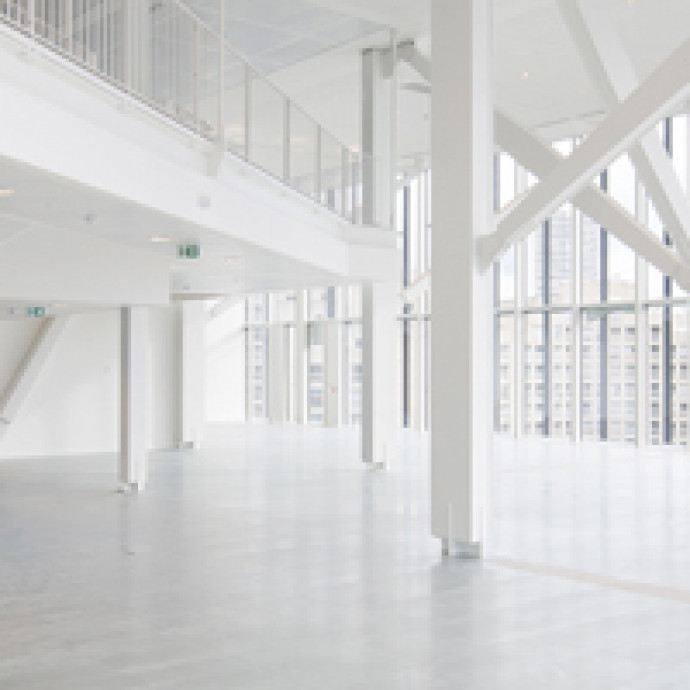 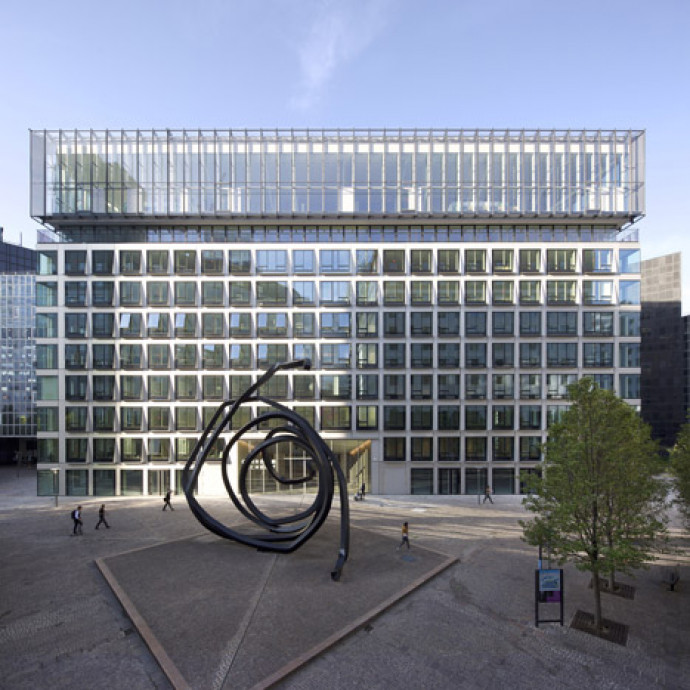 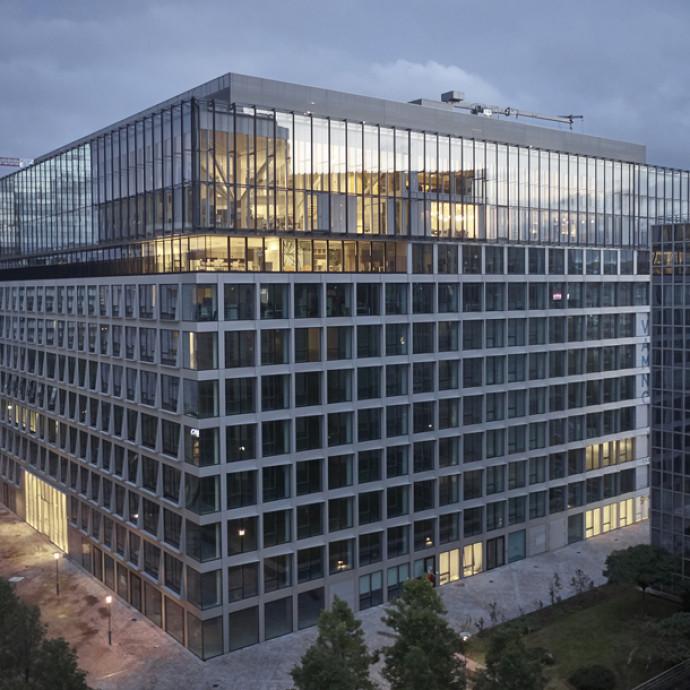 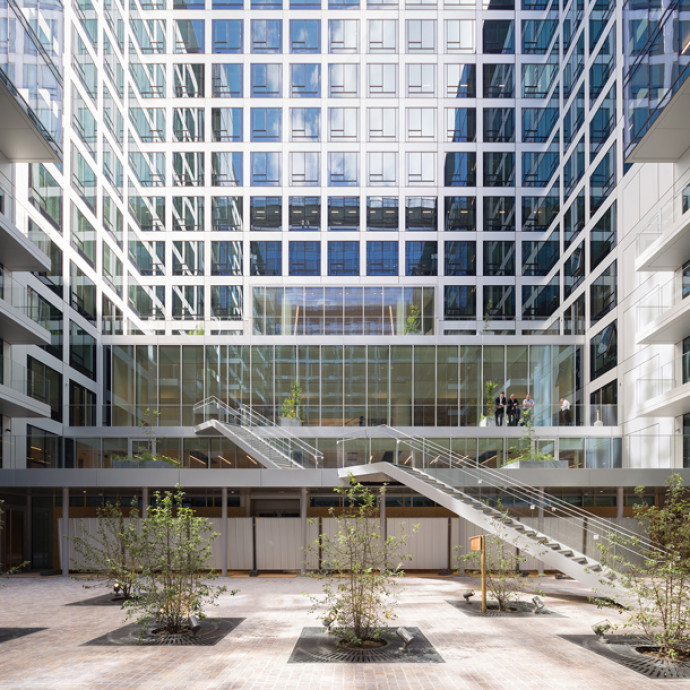 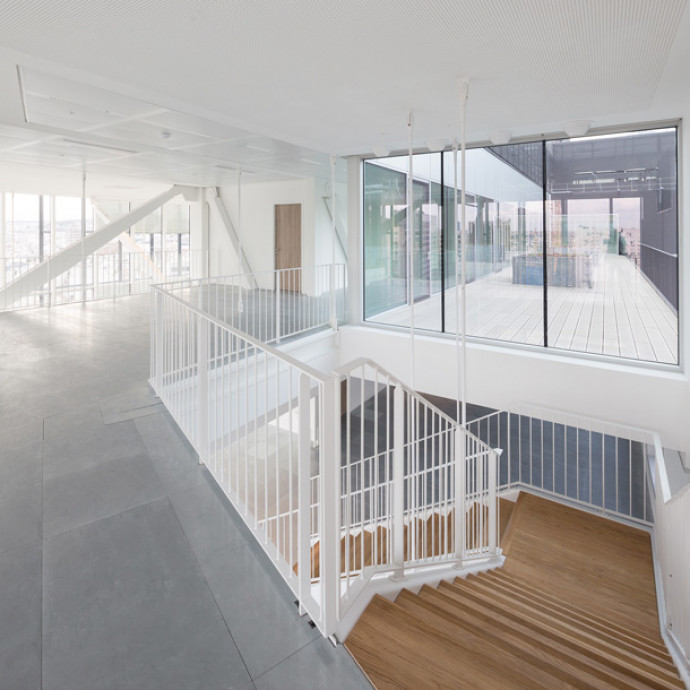 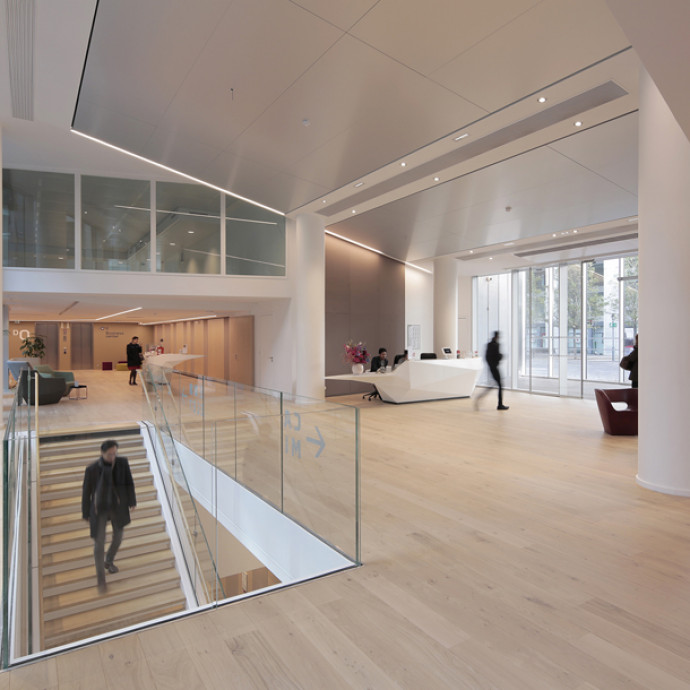