The architectural agencies TVK and Tolila + Gilliland are teaming up for the construction of a cultural island in the new eco-district of the ZAC Clichy-Batignolles in the 17th arrondissement. Both urban and architectural, the project brings together, within the same block, 342 housing units, a multiplex cinema, an entertainment center, shops, a collective garden and outdoor facilities. Zoom on a complex mixed program.

Future flagship location of the 2024 Olympic Games in Paris, the ZAC Clichy-Batignolles district is the link between the Batignolles and the green belt, between Haussmannian Paris and the inner suburbs, and aims to develop a central site for the capital for transform it into a dynamic and attractive eco-district. At the junction of Martin Luther King Park, the railway tracks and the north-south track, the cultural island, erected by TVK and Tolila + Gilliland, takes place on a triangular plot, clear and elevated.

On this triangular site, the residential building is located around the edge of the block. Three 15-storey kinetic buildings - a twisted sand building, a chiseled white building and a pleated white building - rise at the corners of the plot. All the buildings have been designed in such a way as to induce movement, generate views, maximize brightness and multiply corner dwellings.
Each accommodation is characterized by a loggia of 14 square meters open to the landscape, offering breathtaking views of the neighborhood. These original exterior extensions, however, have some exceptions, such as double height loggias in R + 14, interior patios in R + 9, or even private terraces in R + 10, ensuring peace and quiet for the inhabitants of these floors. In addition to these spaces, there are two collective terraces, one of which is on the R + 1 level converted into a landscaped garden.
The distribution of residential masses at the corners of the land also makes it possible to distinguish between vertical dwellings culminating at 50 meters high and horizontal cultural facilities placed on the ground.

Near the Odéon theater installed in the Berthier workshops, the cultural island broadens the cultural offer of the district with "Les 7 Batignolles", a multiplex cinema with seven rooms, and a center of animation of the city of Paris with a concert hall in the basement and a dance hall overlooking the street. These two facilities give the island its cultural dimension and thus make it a destination for residents. In order to draw attention to infrastructure at the district level, the architects are setting up the cinema and the center in the heart of the block around a balcony passage over the park. Glazed, the facades open the two infrastructures on the outside in order to encourage the inhabitants of the district to benefit from the cultural infrastructures.
The organization of the block also makes it possible to invent a geography and imagine a landscape adapted to the uses. The roof of the entertainment center is then converted into an educational garden, while that of the cinema hosts a collective garden. 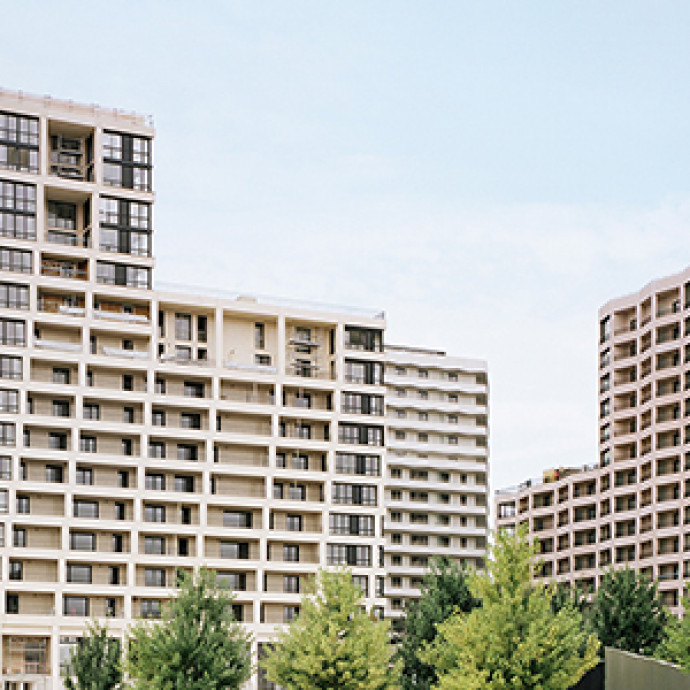 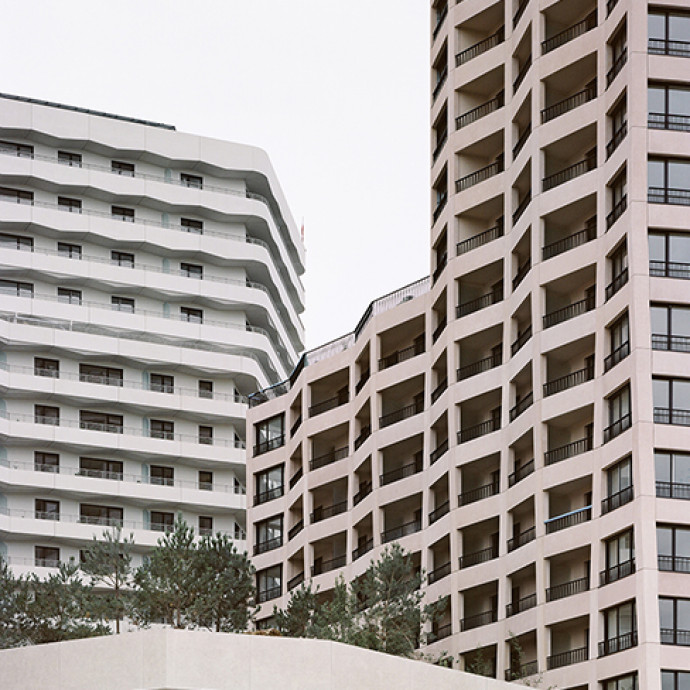 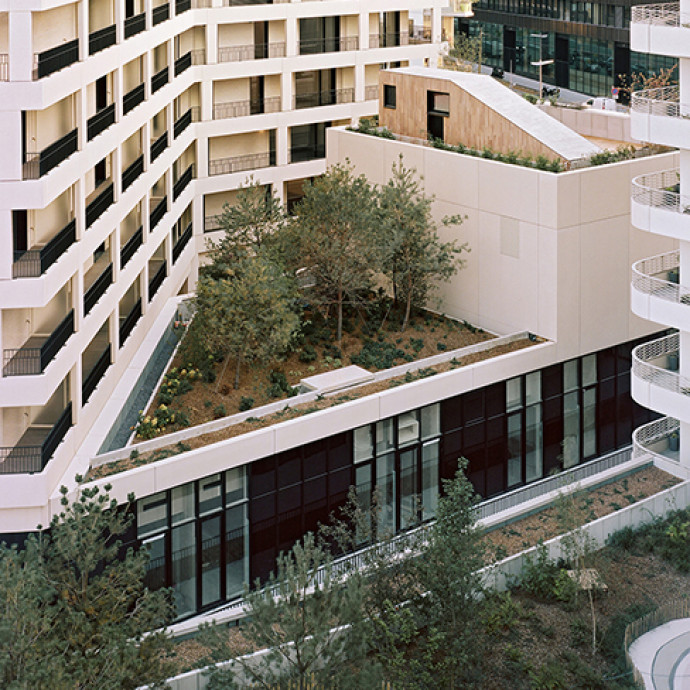 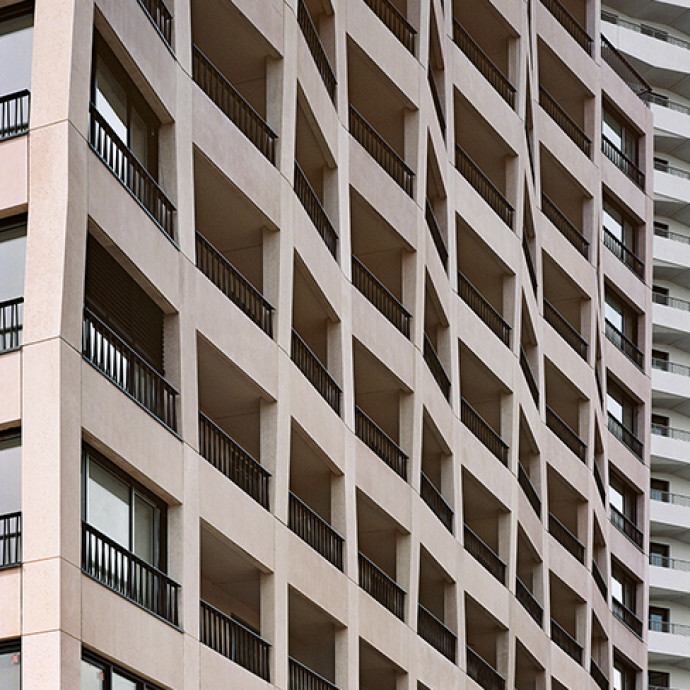 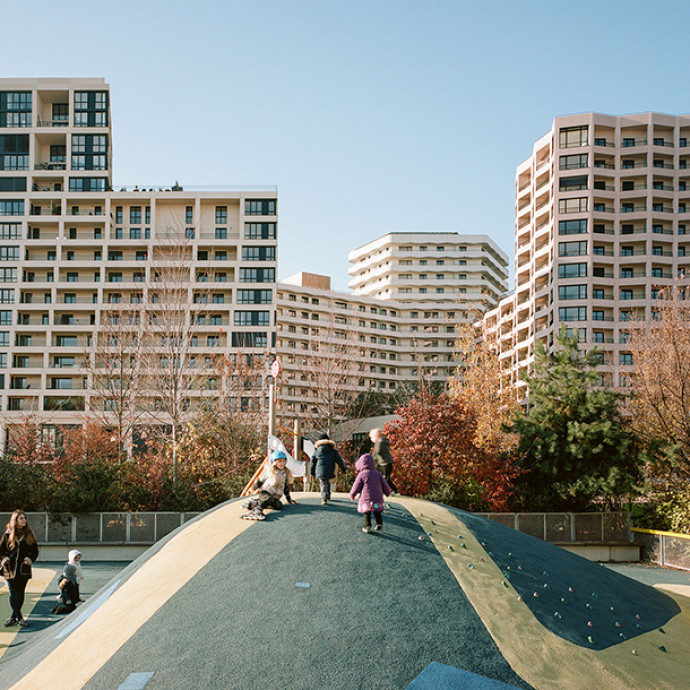 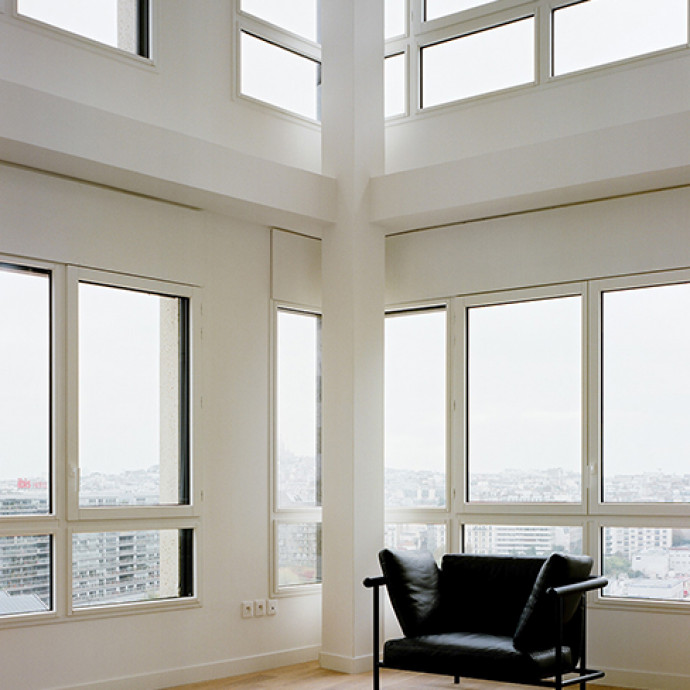