While it previously occupied the Palais de Rumine, the MCBA - Cantonal Museum of Fine Arts in Lausanne (Switzerland) now benefits from its own building, a monolith with brutalist overtones signed Barozzi-Veiga. Located in the city center, the complex aims to give birth to a new arts district: Platform 10, which will eventually bring together the MCBA, the Museum of Design and Applied Arts (MUDAC) and the Élysée Museum , an establishment dedicated to photography. An entire program !

Deployed on approximately two hectares near the central station of Lausanne, the new museum district is part of a site comprising industrial buildings as well as an old station, to the north of which the city extends in height. A spatial and customary break having always split this part of the town in two. To remedy this, the Barozzi Veiga cabinet imagines, in addition to its museum project, a set of ramps in order to reconnect these two spaces.

Because for MUDAC, no question for the agency to focus only on the architectural envelope. It is a real work of urban planner who was set up, allowing to give a new face to this district of Lausanne. The various cultural institutions will then take their place on the rectangular plan of the old station, and the MCBA - the largest museum proposal of the three programs - fits in parallel with the railways, evoking the industrial past of the site in which it is located. thanks to its raw and rigorous silhouette.

The project is in fact defined by a monolithic concrete structure, energized on the north facade by the presence of full-height sunshades made of bricks. An almost airtight building that allows collections to be protected.
The ground floor is designed as an extension of its esplanade and thus naturally accommodates joint programs, from the bookstore to the cafe, not to mention the auditoriums. To organize spaces and circulation, the architects rely on a sculpted arch structuring the program, leading to the upper levels and delimiting the temporary exhibitions of the permanent collection.

The first step in a major project. 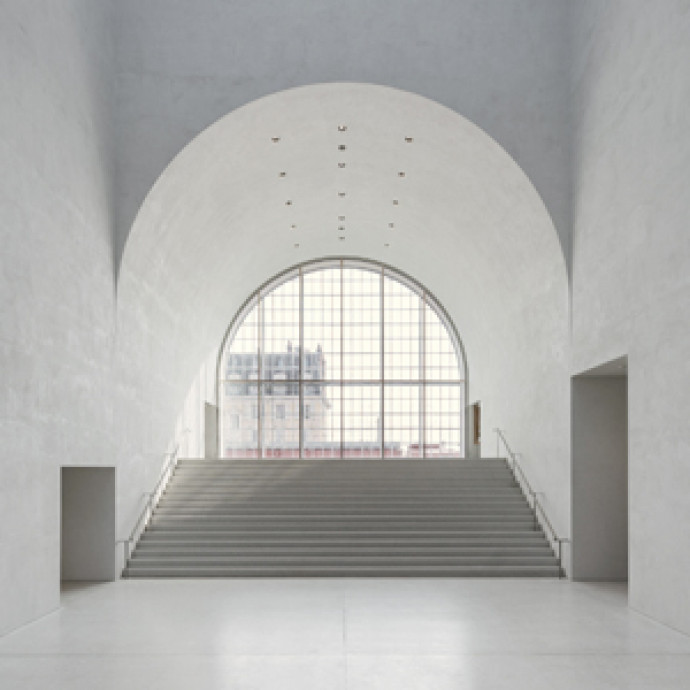 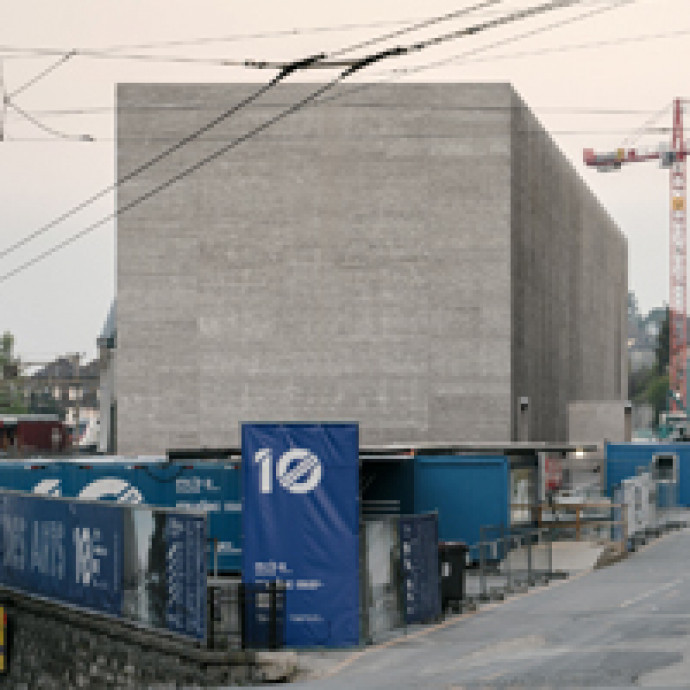 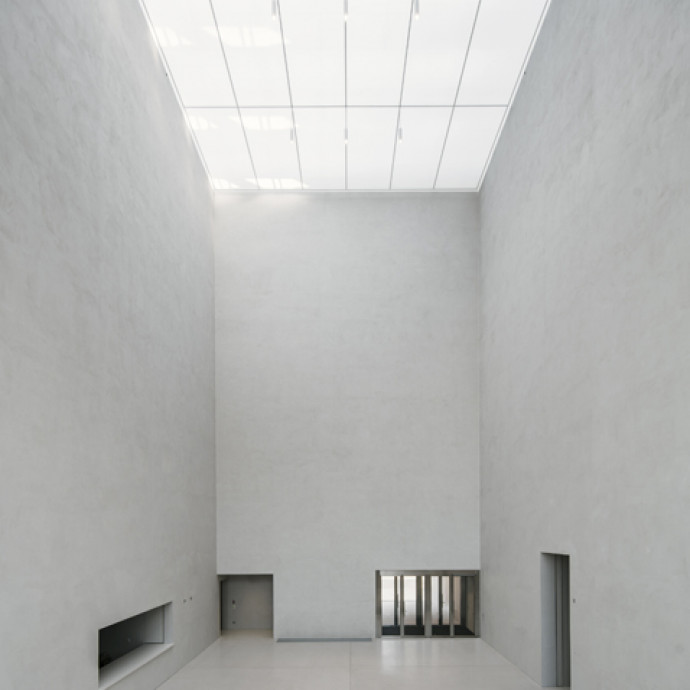 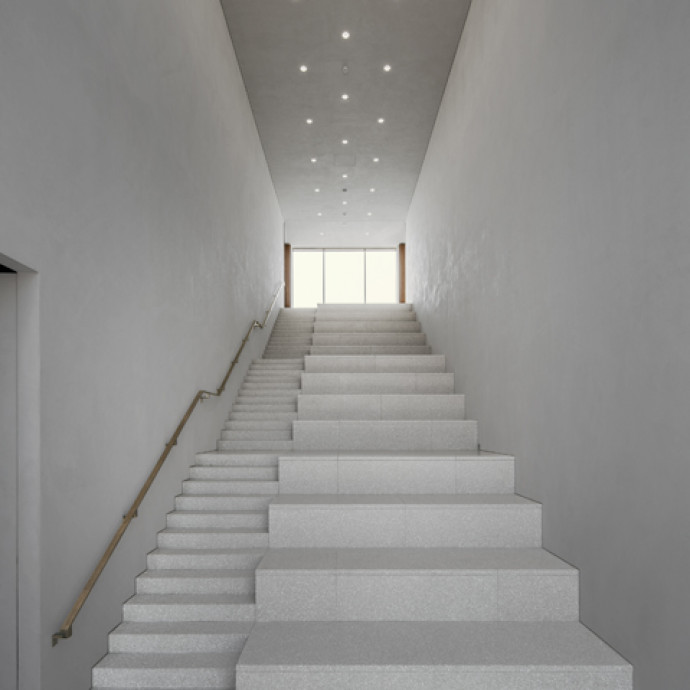 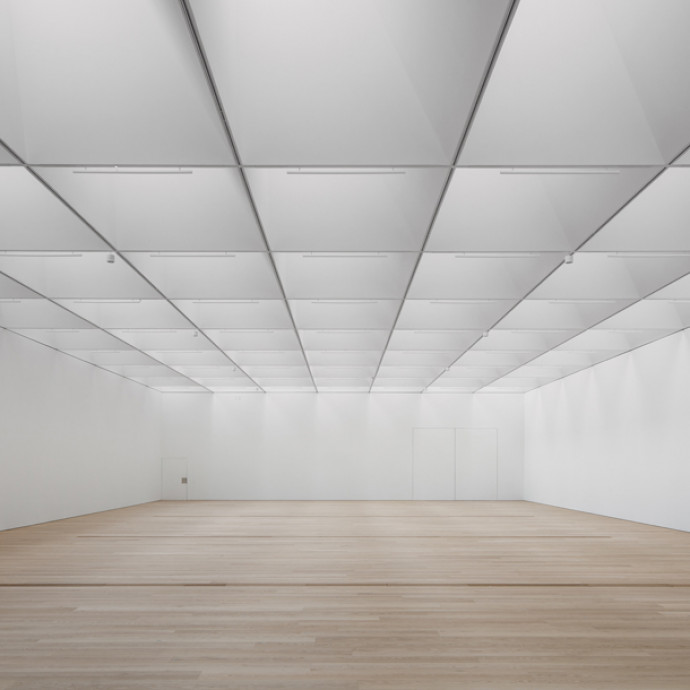 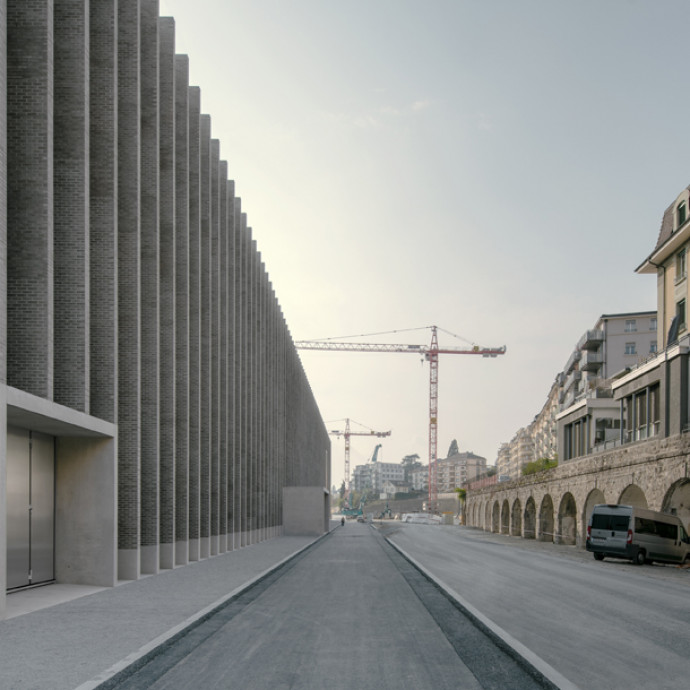 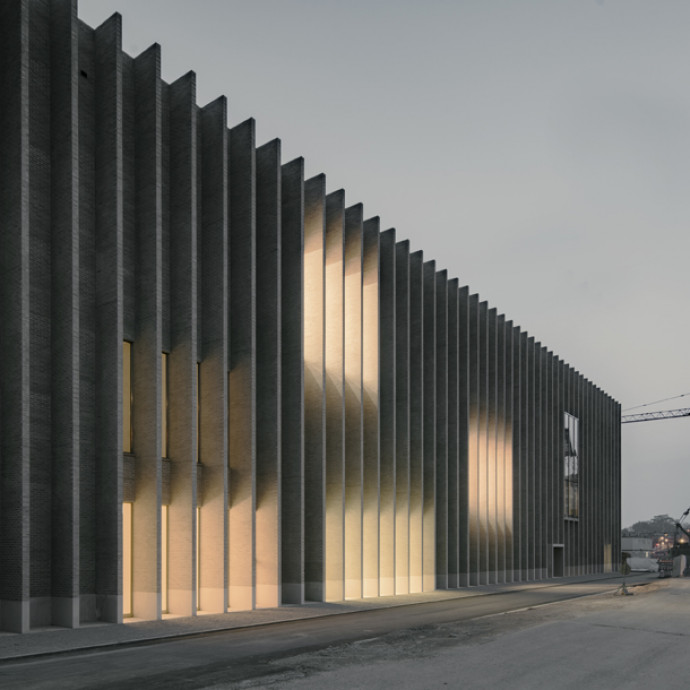