Located in the Burj Khalifa district of Dubai (United Arab Emirates), the Opus building, designed in 2007 by Zaha Hadid, recently welcomed the last hotel of the “ME by Melia” chain. Entirely signed by the Iraqi-British architect, the establishment pays tribute to the special style of this great lady of architecture, who died in 2016, four years after the start of the work.

It was only in Dubai that such a whole could see the light of day. Composed of two towers merged by a bridge culminating at 71 meters high, the 84 square meter frame is characterized by its largely hollowed out central cube, punctuated by undulations defying the laws of physics. Thanks to an anti-UV coating and a dotted pattern, the facade plays with the rays of the sun and the city lights while reducing the air conditioning needs of such a building. The complex brings together private apartments, tertiary premises, two restaurants and a new hotel, also designed by Zaha Hadid: the ME Dubai Hotel.

The entrance to the five-star establishment is through a four-storey atrium with impressive volumes. The marble floor embellished with sculptural furniture is dominated here by a succession of voluptuous balconies highlighted by light openings. Visitors take their seats on the famous “Petalinas” sofas and “Ottoman” pods, available here in luxurious hues, ranging from purple to gold. In the 74 rooms and 19 suites that make up the hotel, hybrid “Work & Play” furniture and tailor-made hanging beds dress up the night spaces. As for the bathrooms, the London firm once again pays tribute to the figure of Zaha Hadid by reinterpreting the “Vitae” collection that the architect had imagined in 2015 for the Norken Porcelanosa brand.

Barely inaugurated, the ME Dubai Hotel is already on the way to becoming iconic. 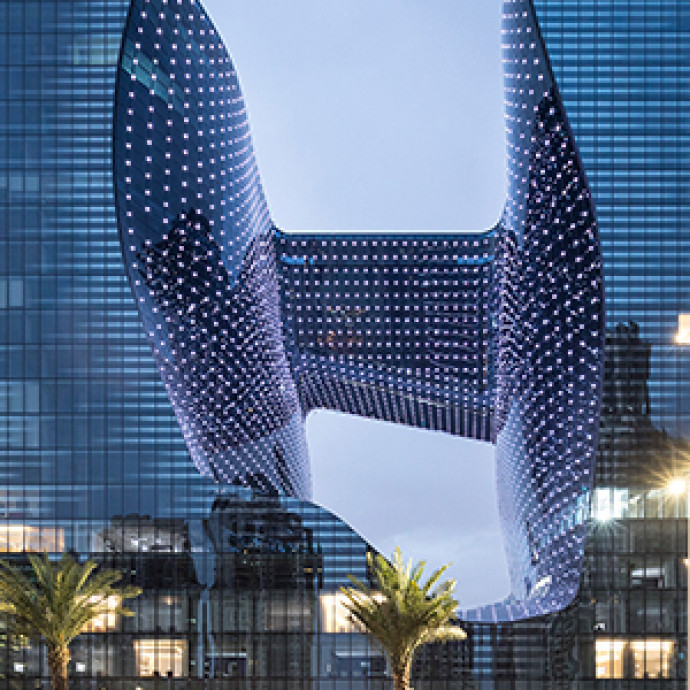 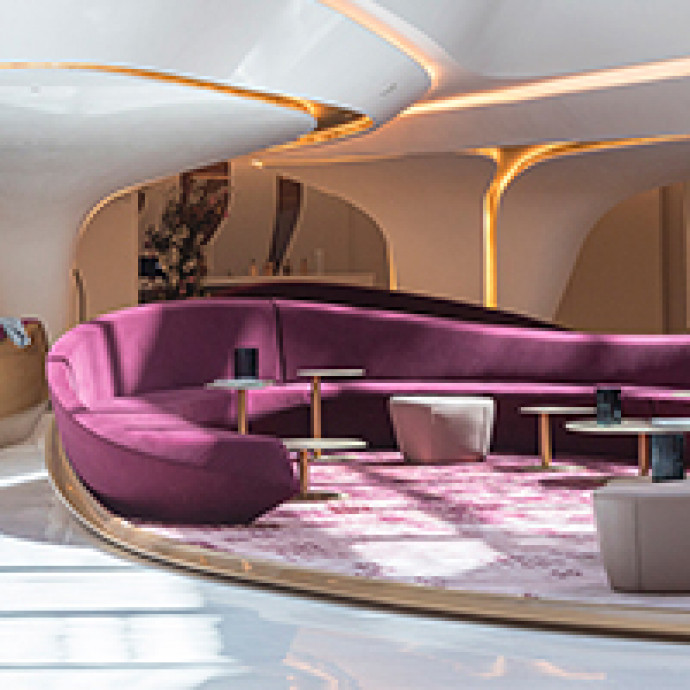 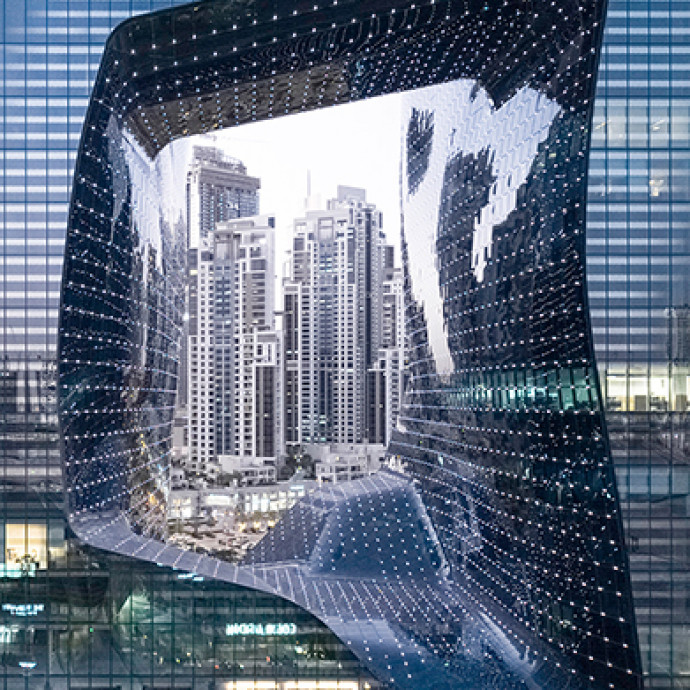 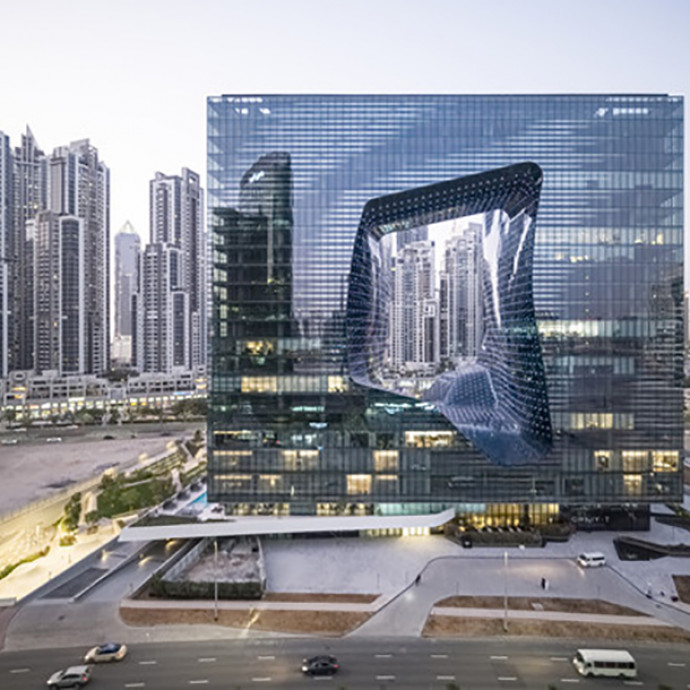