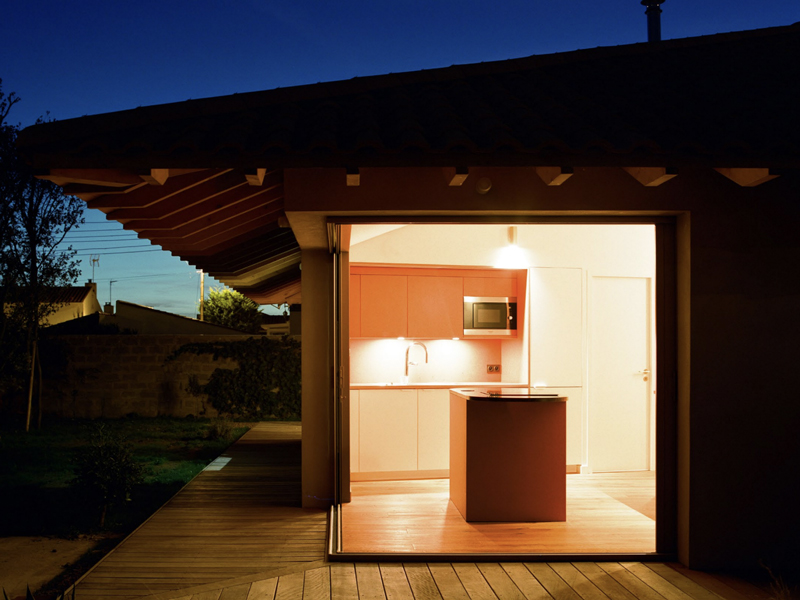 In Vendée, in Les Sables d'Olonne, the architect Benoit Rotteleur designed an exceptional house with Japanese inspirations. Spotlight on this project of 110 m2 of haven of peace...

It is in the district of La Chaume, between the wild coast and the marina that this young couple of retirees decided to settle. The plot of the project is located inside an island surrounded by walls forming a square.

The house project approaches this perimeter fence as a border between interior and exterior, private and public. Placed in the center of the plot, the footprint of the house is a reduction of the square plan of the land. To offer a privileged relationship with the garden and take advantage of the multiple orientations, the house opens on its four angles.

Inside a free space in star connects the four orientations. Between these two diagonals come to settle four volumes gathering all the uses of the villa. Perfectly symmetrical volumes that distort free space by creating perspectives, narrowings, openings.

This dance brings great flexibility and diversity of use. A house designed for thermal comfort throughout the year; the roof overhang has been calculated to let in the sun during the winter months and block the rays during the summer to avoid overheating.

With this star plan, the wood stove placed in the central room distributes the heat in all the rooms. In the upper part of the pyramid, a roof window with a motorized opening facing north allows hot air to be evacuated while the open space at the four corners of the house facilitates efficient ventilation. 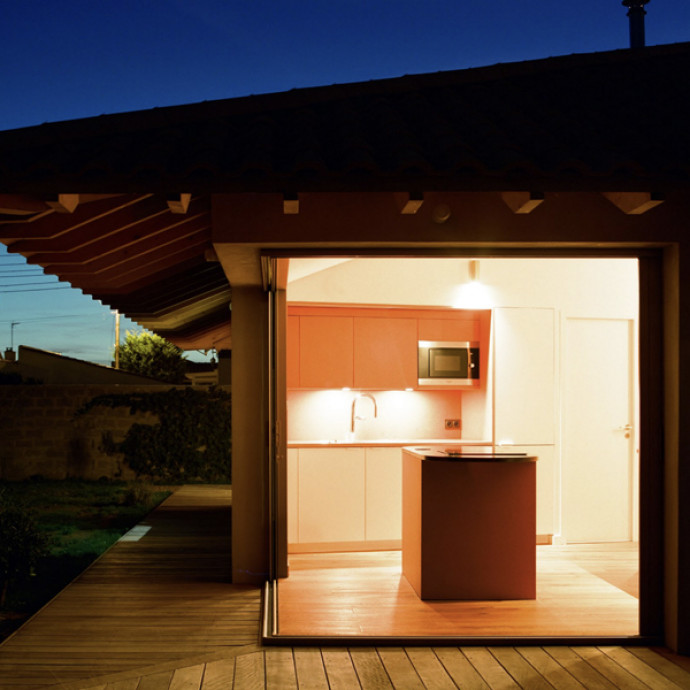 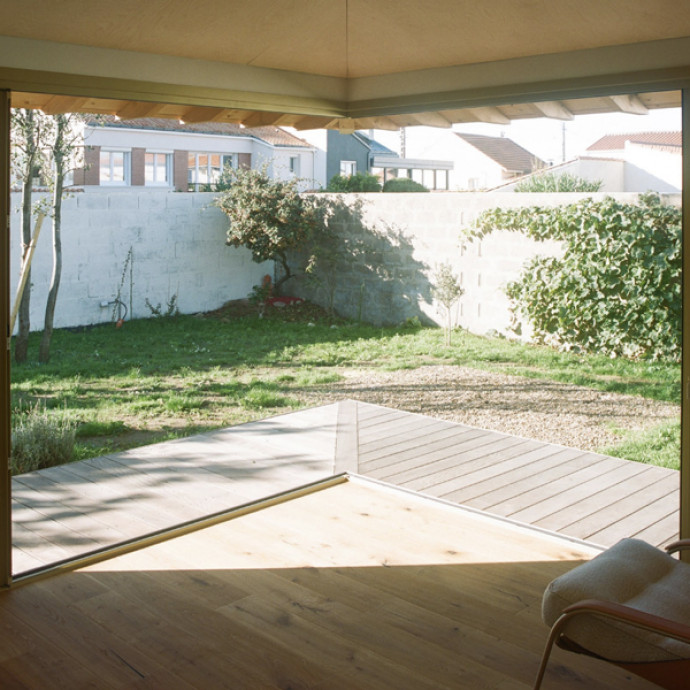 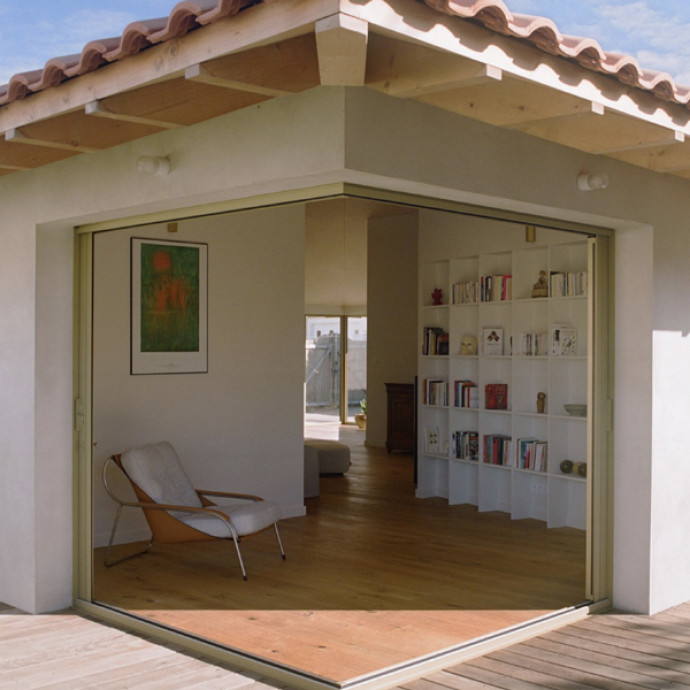 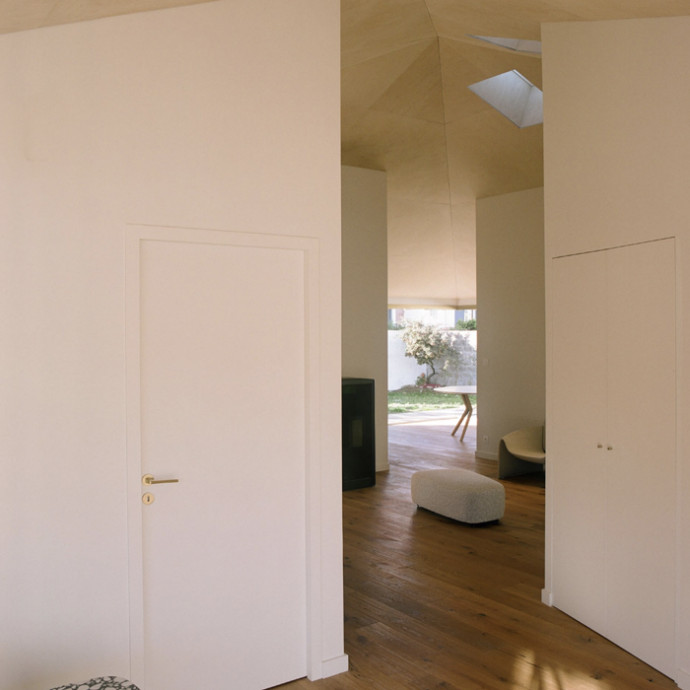