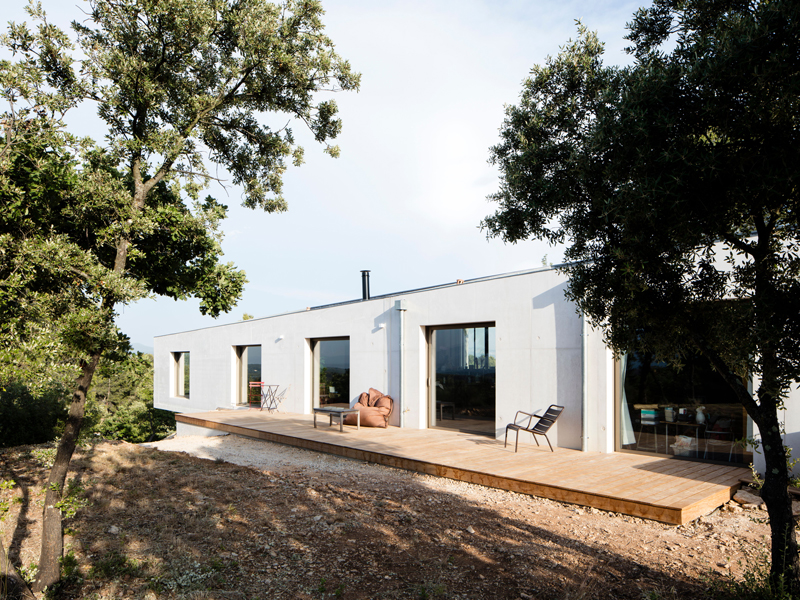 The project is located in the commune of Gréasque, on a rural territory largely covered with oaks and pines. The strong landscape qualities of this Provençal territory are today largely called into question by the generalization of housing estates developed by promoters.

At the edge between the housing estates and the forest, our proposal consists in taking advantage of the morphology of the land and its strong topography. A simple, linear geometry placed on a mound, makes it possible to make the best use of the climatic and visual qualities of the site.

The aim is to make this site habitable by protecting itself from the mistral and opening up to the landscape.

Located on a cramped plot, the house is also positioned at the northern limit to keep its distance from the neighbor positioned at the south-eastern limit. It opens both to the north towards the large landscape (Sainte-Victoire), and to the south towards a large garden freed up by the location of the house on the north side. This "Sainte Victoire - Jardin" axis, slightly oblique in relation to the building orientation aligned at the limit, becomes the guiding line of the "decomposition" of the project.

The architectural archetype of the two-sided house is then abused. These two axes split the “traditional” volume into two distinct volumes, the house to the north (stable, protective, massive and full) and the trellis terrace to the south (frivolous, light and empty).

This dynamic of composition enhances internal and external relations. It manufactures singularity in the opposition of architectural writings of the two volumes, while preserving a common referent volumetric unit.

Playing on the variation of the surrounding archetypal model, this house imposes itself as an obvious provocation to the generalized, uniform, standardized and idealized suburban housing.

The architecture defended is that of the contextual singularity which creates a unique place and enhances all its close environment.

Promoting the know-how of local masons, it plays with the expressiveness of concrete. Implemented according to high expertise, this raw architectural white concrete anchors the project in the limestone geology of the site. The monolithic effect that accompanies the detachment of the volume creates an effect of mass and tension specific to the fiction of the place.

This project maintains a magnified relationship with the landscape. It is a house crossed and open to the outside whose strange shape is evident in this site. 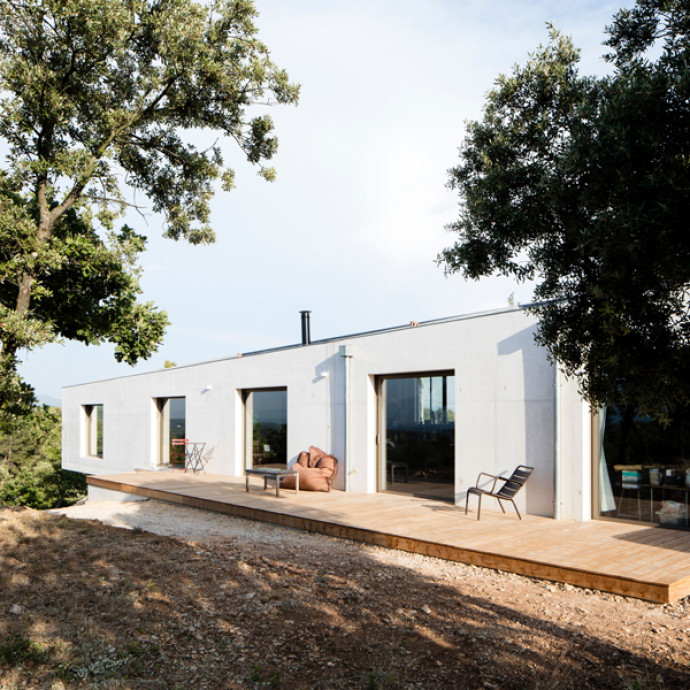 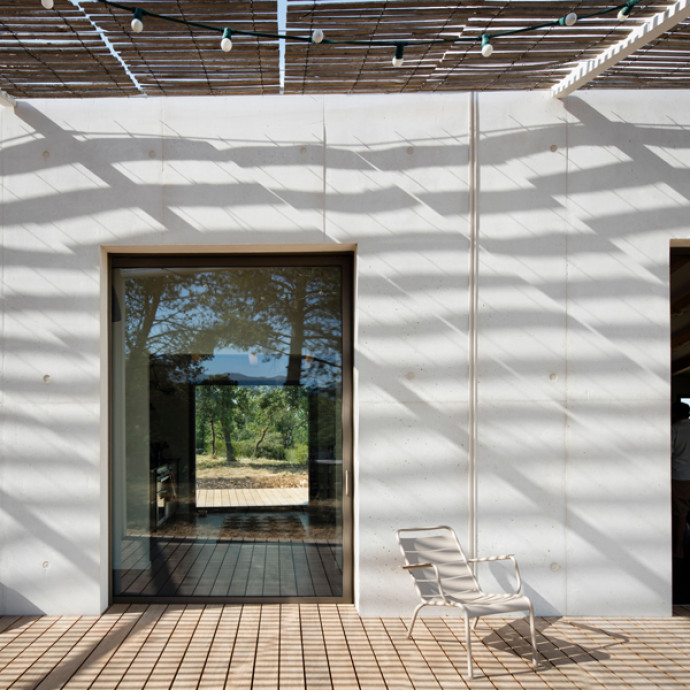