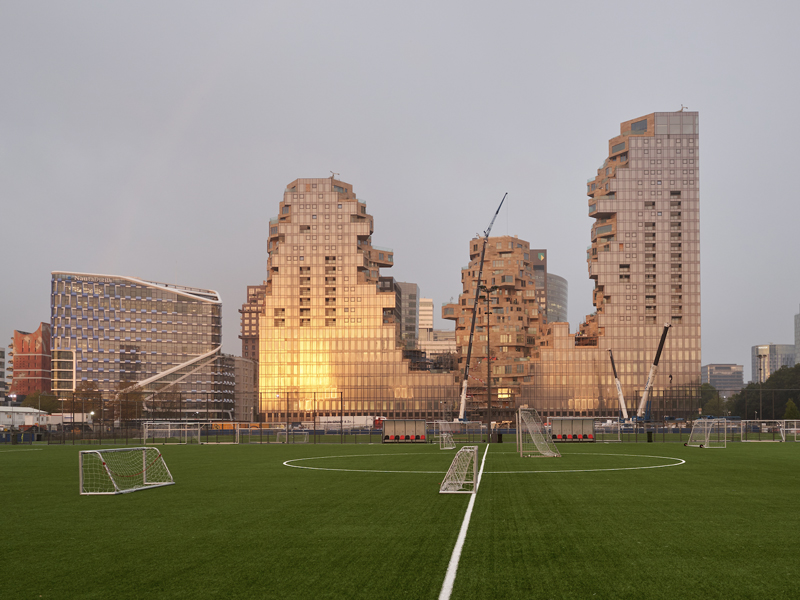 “Valley” is a creation signed by the architectural firm MVRDV. An atypical project which opened its doors at the end of summer 2022 in the “Zuidas” business district in Amsterdam.

A name that was not left to chance. On the contrary, it was chosen with reference to the architectural design of the building, which is reminiscent of a mountain range with its residential accommodation, offices, car park, commercial and cultural spaces, and above all its other numerous terraces, spread over the three peaks that make up the structure, the highest of which culminates at 100 m and is overlooked by a rooftop. All this gathered on an area of ​​75 m². The name of the project? Valley.

The residential spaces placed at the top of the multifunctional base extend to the ends of the envelope and form a single entity. By reflecting the office buildings on its exterior facade, the design takes into account the typology of the business district and connects the whole to its environment. Conversely, the interior facade is defined by a series of terraces made of vegetated stones, covering the building with greenery and putting the human being at the center of the structure. An opposition of facades that creates a kind of duality: business versus residential, gigantism versus human.

The idea of ​​the concept: to bring together in the same place places of entertainment and work. The structure houses 196 apartments, 7 office floors, a three-storey underground car park with 375 parking spaces and various commercial and cultural facilities. All decorated with vegetation all year round thanks to large planters, covering the building. 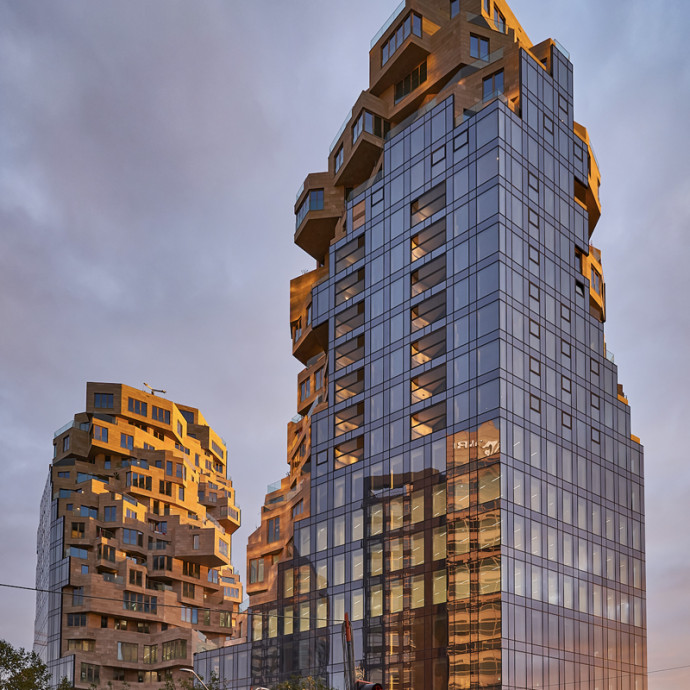