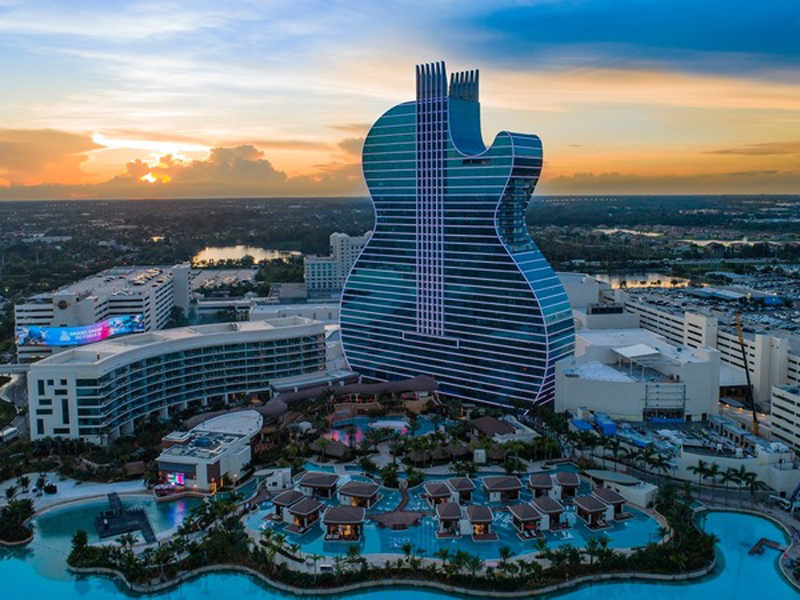 Creating the tallest hotel in the shape of a guitar in the world: this is the challenge set by the creators of this unique establishment. A creation co-signed by DeSimone Consulting Engineers and Klai Juba Wald Architects.

This establishment first opened its doors in 2004, but back then it looked a lot less eccentric. It was in 2013 that the Seminole tribe of Florida commissioned an extension valued at $1,8 billion and thus initiated a one-of-a-kind architectural project: the world's first guitar-shaped hotel.

An artistic choice that is not left to chance. Because the Hard Rock brand is known for its famous logo and wanted to make it a real monument to the image of the brand. In 2017, work began and the foundations of the famous guitar were laid. Two years later, the hotel reopens its doors to the public.

This impressive 120 m high building includes: 638 rooms and suites, a 3800 m² spa, a theatre, 14 restaurants… And that's not all! The establishment also incorporates a 40 m² artificial lagoon, partially submerged villas in the water and a 000 m² bar at the top, and of course… a casino. To finish it off, a 1-seat concert hall was fitted out and inaugurated with the arrival of the group Maroon 100 in 7.

It took at least that to make known the greatest guitar in the world. 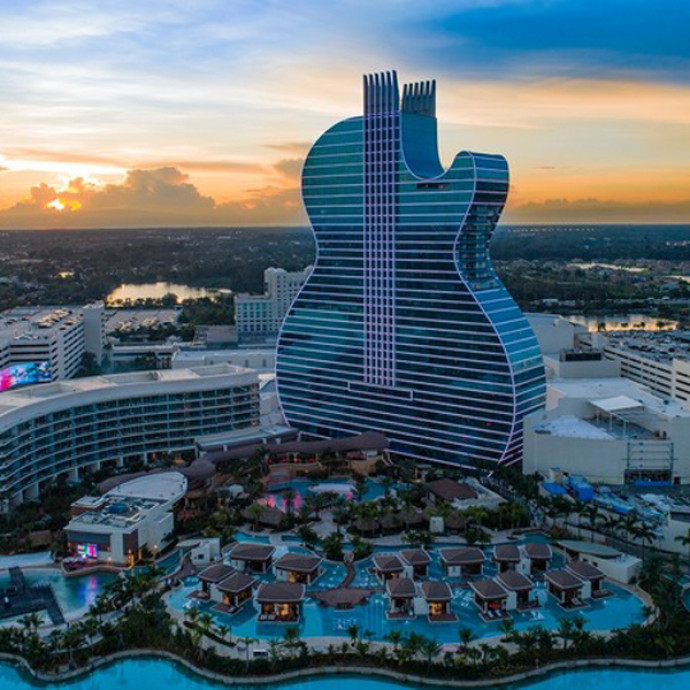 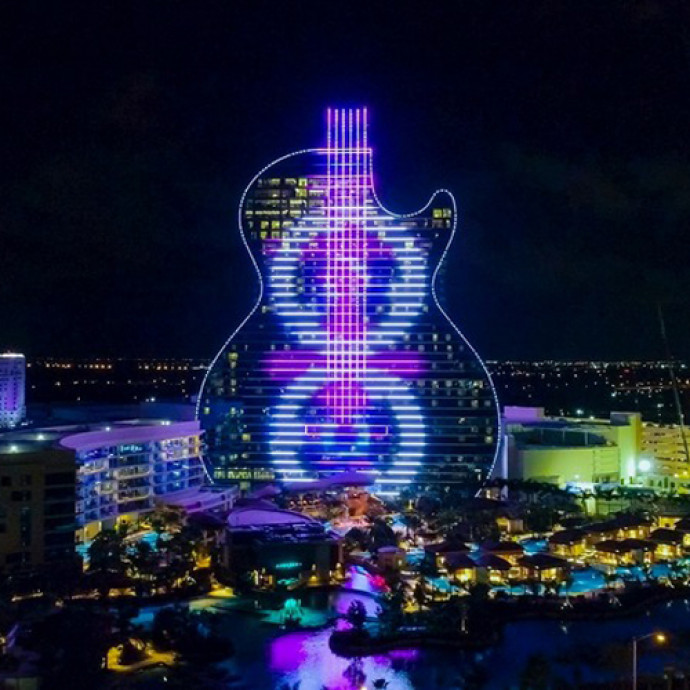 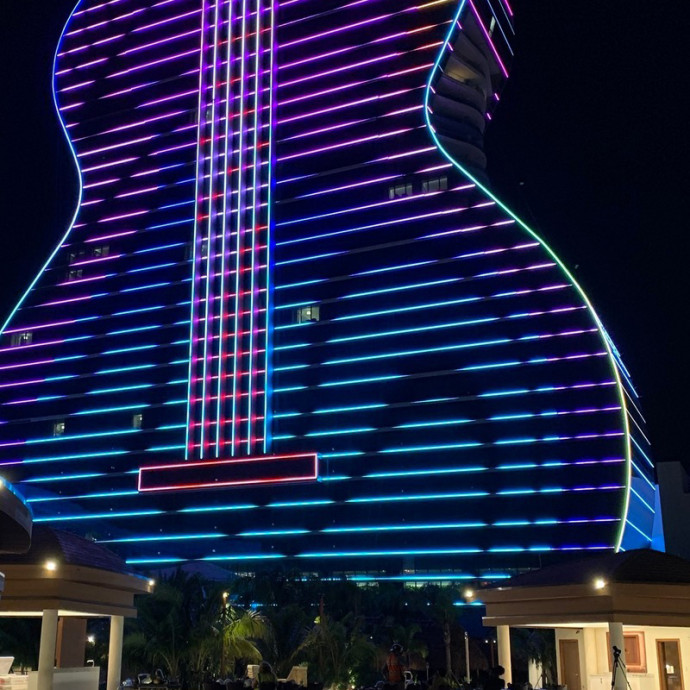 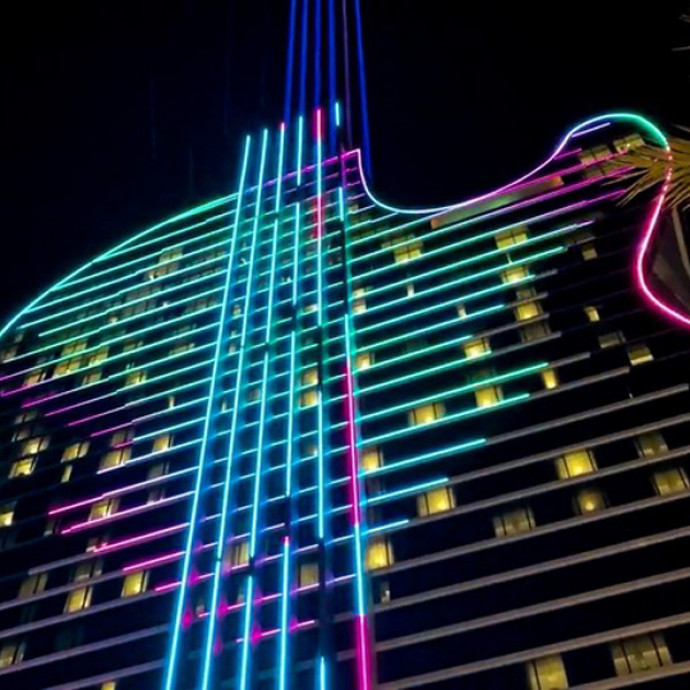