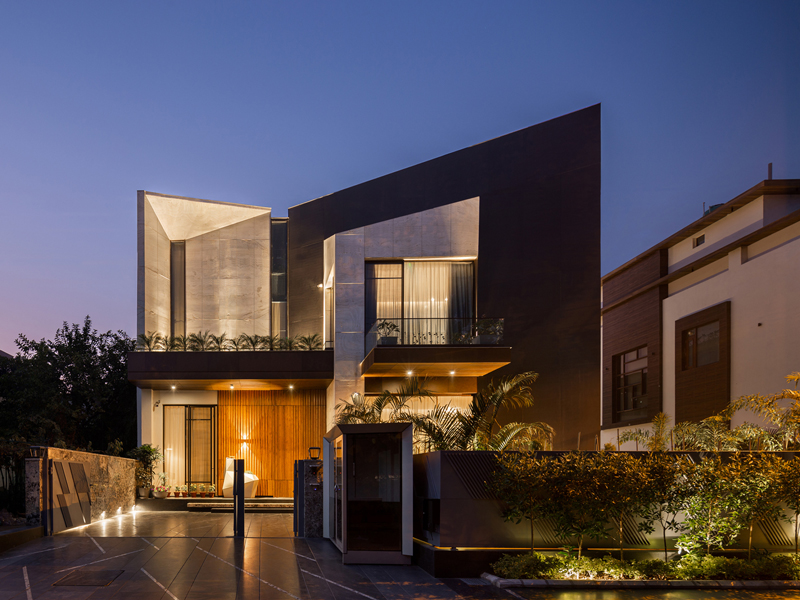 It is facing a highway, in the city of Panchkula, in India, that this resolutely modern project was born.

Here is an urban house with a dimension of 550 square meters, specially designed for a couple with two children, working in the hotel industry. The facade is bold with its original and contemporary geometry. Muted colors such as white natural stone, gray ceramic tiles and copper metallic finish blend together to create a subtle contrast. In addition, large slit windows let in sunlight throughout the year for maximum natural light. The interior of the house has also been done in such a way as to improve the capture of sunlight with a palette of muted colors.

On the interior side, the house is arranged around a long central courtyard, with a ground floor consisting of two bedrooms; the kitchen, living room and dining room form a connected space in the northwestern part of the house.

The goal ? allow occupants to stay together as often as possible. Upstairs are the main bedrooms. One of them occupies the entire front of the house and has a spacious closet and a terrace. The family also has a bedroom like no other, at the back of the house, with an outdoor space with console bar and home cinema. It can accommodate up to eight people for occasional family gatherings.

The main living floors are raised, which has created an average height under the false ceiling of about four meters: which makes the spaces appear larger compared to conventional heights.

Here is a beautiful definition of modernity by Studio Ardete. 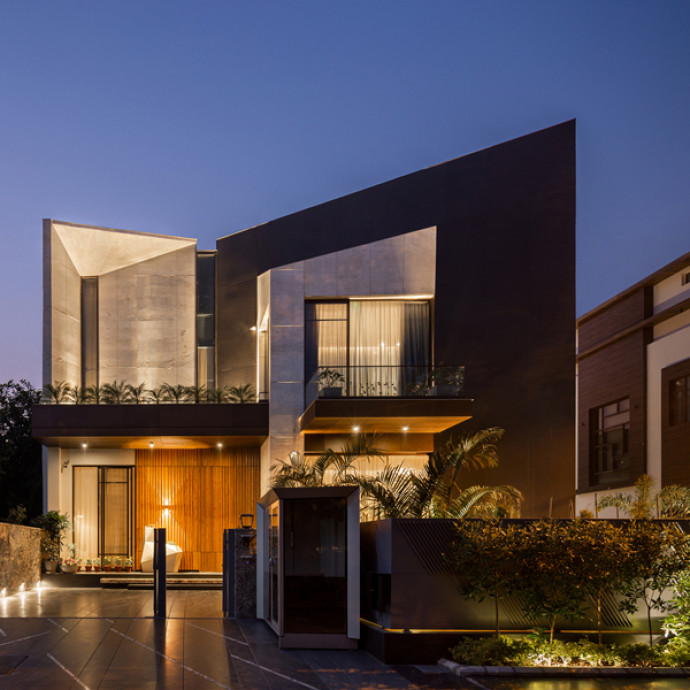 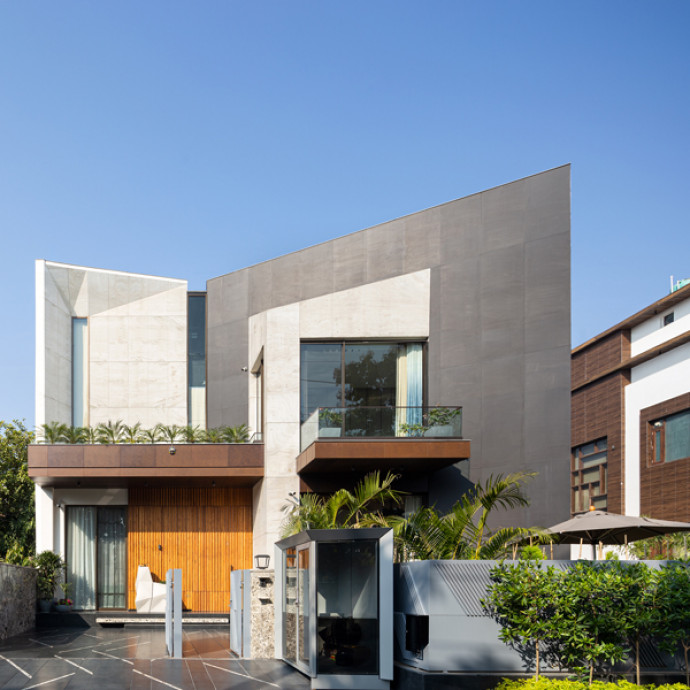 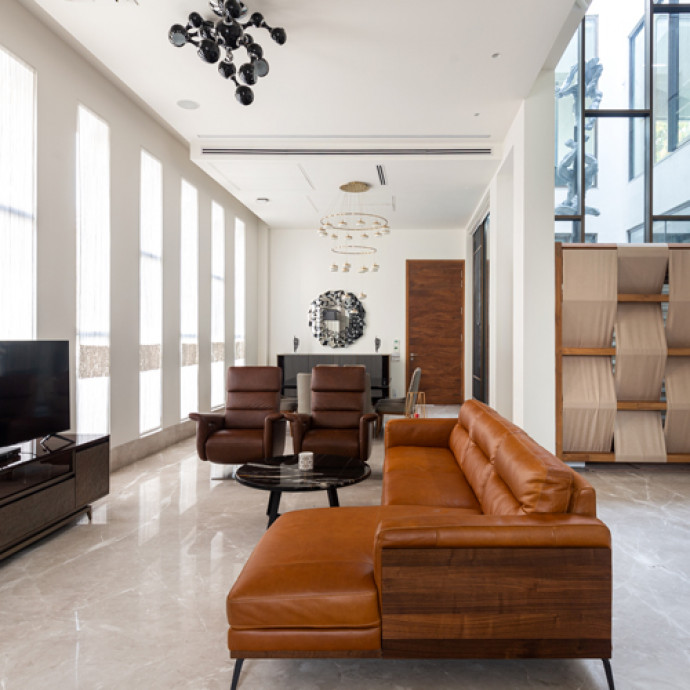 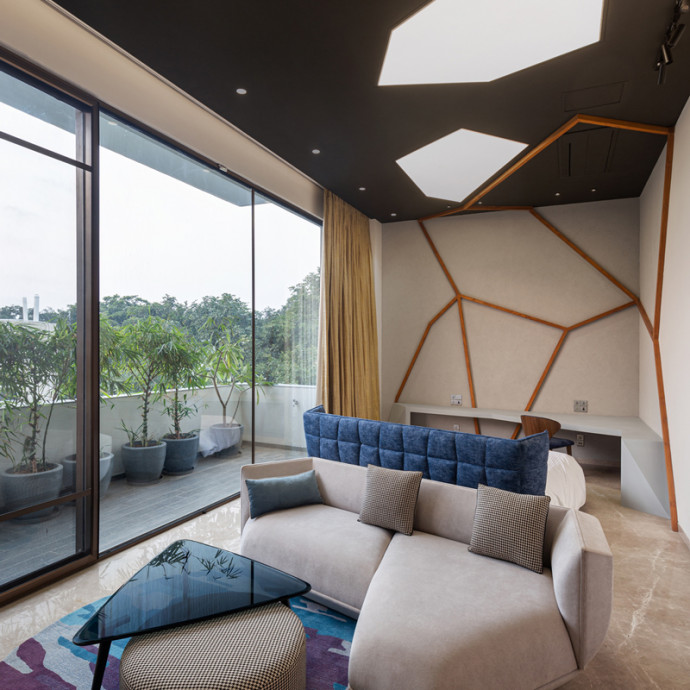