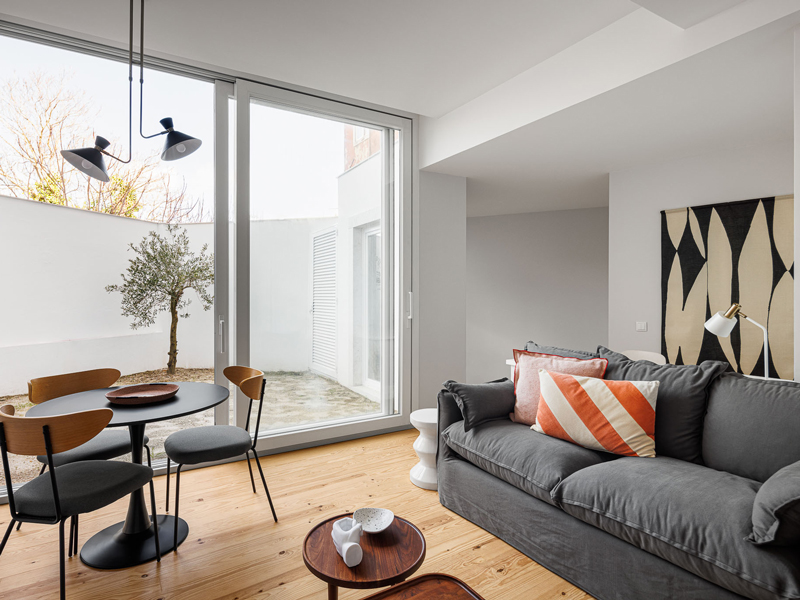 Graça 117 is one of the rehabilitation projects that has contributed to the enhancement and preservation of the urban unity of the traditional Rua da Graça, in Lisbon.

Like many buildings in the city, this intervention required a general restructuring of the building, with recovery of the architectural characteristics, respecting the pre-existing references of the architecture of the structure.

Thus, Pedro Carrilho Architecture has designed 7 small T0 apartments, designed for short stays, both functional and durable. On the ground floor, the commercial space has been preserved in order to preserve the spirit of the place and the effervescence of the district.

On the exterior facade side: the architects opted for a striking navy blue, creating a chromatic effect on the urban facade. 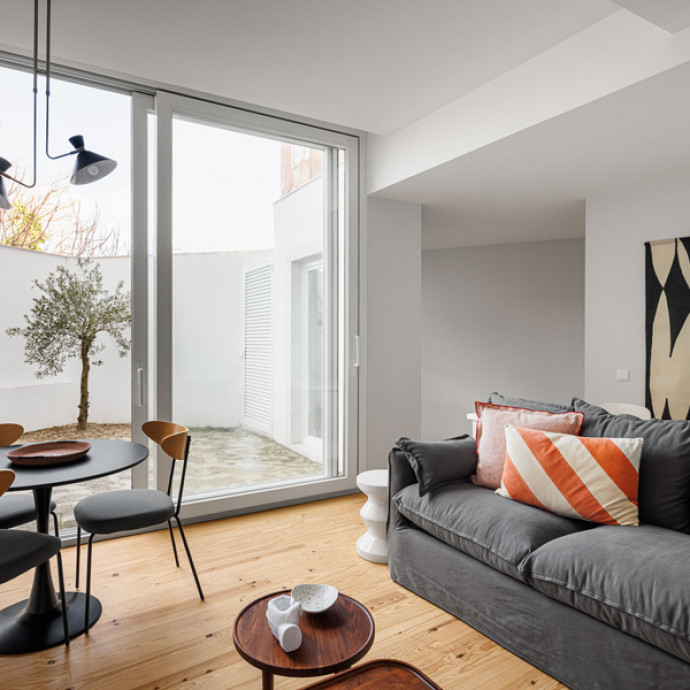 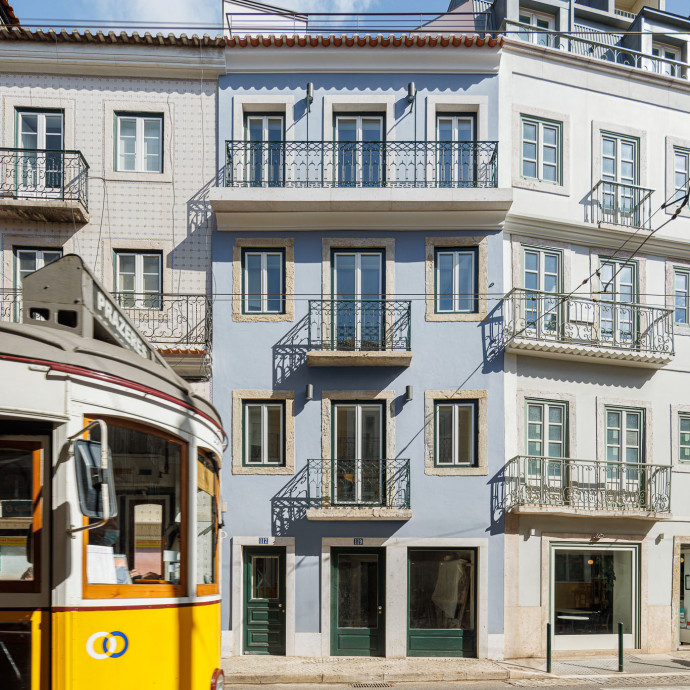 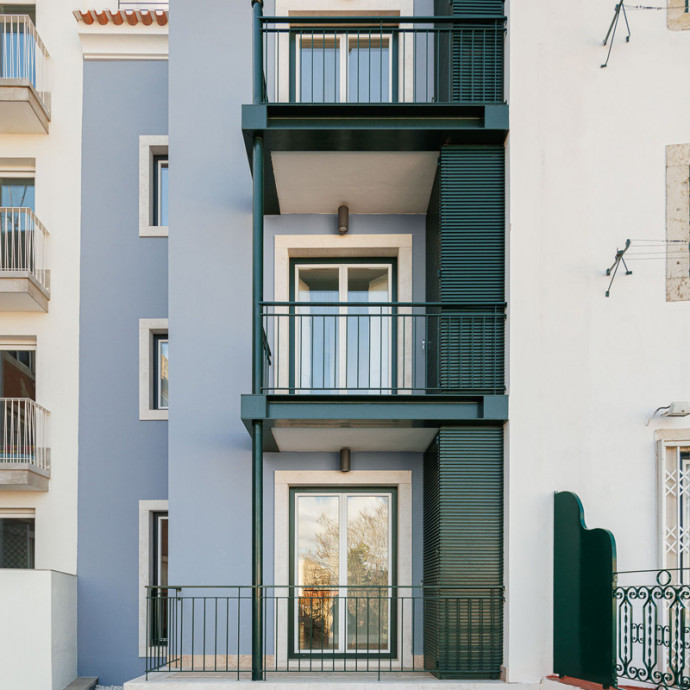