Located in the east of Paris, in the Picpus-Nation district, the campus will welcome around 6500 students per day (18 registered) in arts, theatre, cinema, letters, languages ​​and human and social sciences.

The Sorbonne Nouvelle, which emerged from the former faculty of letters in Paris, had been established since its creation in 1970 in around fifteen locations. Since 2013 and the abandonment of the Censier site, it has benefited from the creation of a 35 m000 intramural campus in the 2th arrondissement.

The program, with a surface area of ​​26 m², consists of 000 classrooms, offices for the administration, 146 language laboratories, a vast library on three levels, three amphitheatres, a theatre, a cinema, a restaurant, recording studios, as well as a TV set.

As the Conservatoire de Musique celebrates its 30th anniversary, the Sorbonne Nouvelle university program has enabled Christian de Portzamparc to implement strong lines, the quintessence of his thinking, resulting from years of experience and construction in the city. – opening of the block, generosity of the common spaces, control of natural light and in-between, density, link with the city....

“My activity as an architect and urban planner has always been to work on parts of the city to change them. The pandemic has shown us that we need space, greenery, to see the sky, to walk, to meet... From our first studies on Sorbonne Nouvelle, our thinking focused a lot on this story of openness, with what I called the “open islands”: bringing in the sun, the light, while preserving a kind of intimacy. There is a necessary harmony. Harmony has two definitions for me: first, something difficult to define which has to do with a sense of proportion, a taste for contrasts, the big, the small, the arrival of light, a whole set with rules … But harmony also means that there is no inequality or violence. The common space of the city, even when it has not been planned too much in advance, once again becomes the space for sociability and relationships between people. Its very important. This need for the city, I associate it with the fact that I have always worked to rehabilitate the street and take care of circulation” declared Christian de Portzamparc to France Culture in June 2020.

Thus, architecture creates the conditions for the well-being of students and teachers, both through curved, soft and enveloping forms, and through materials, wood, concrete, glass. Buildings that clearly express their functions, fluid circulation, color codes by level, make it easy to find your way around the space. Light penetrates everywhere and, with the exception of places of performance, studios, amphitheatres, all the classrooms, the administration offices, the staircase, the library are naturally lit. To the south, the facades have been the subject of particular attention to protect the interior spaces from the heat. Between the three buildings are arranged three faults, three openings for the entry of light and release of distant views into the block. Opposite the library, the fine mesh of the metal brise-soleil on the façades contrasts with the trapezoidal windows, which helps to expand the impression of space in the “volumes of empty space” of the two garden courtyards.

The university already has 18 registered students and can simultaneously accommodate 000 people, including 9 students. The landscaped areas are a strong element of the program because of the classification of the site in a sector of "development of vegetation". The project is part of a high environmental quality certification process according to the reference nf Tertiary building HQE 500 process – education and offices.

This program is the expression of the University's desire to offer a dynamic, evolving, innovative, ecological and environmentally friendly campus. 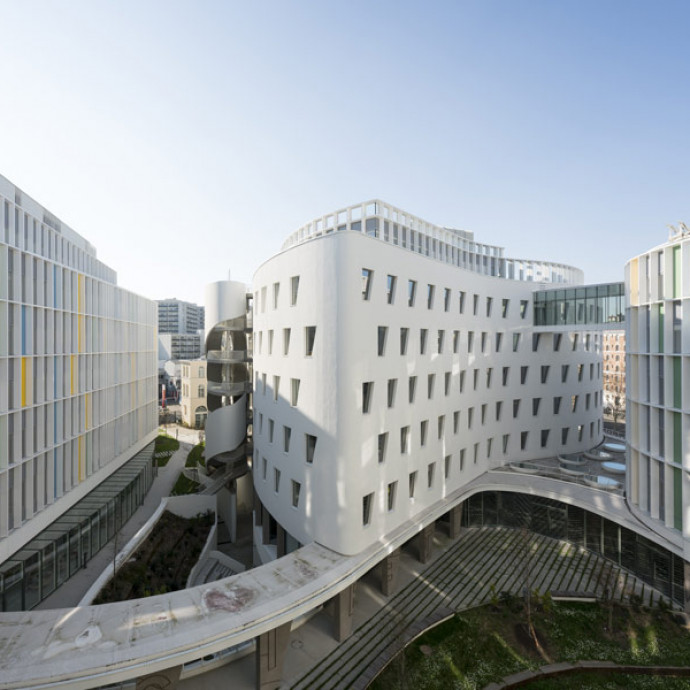 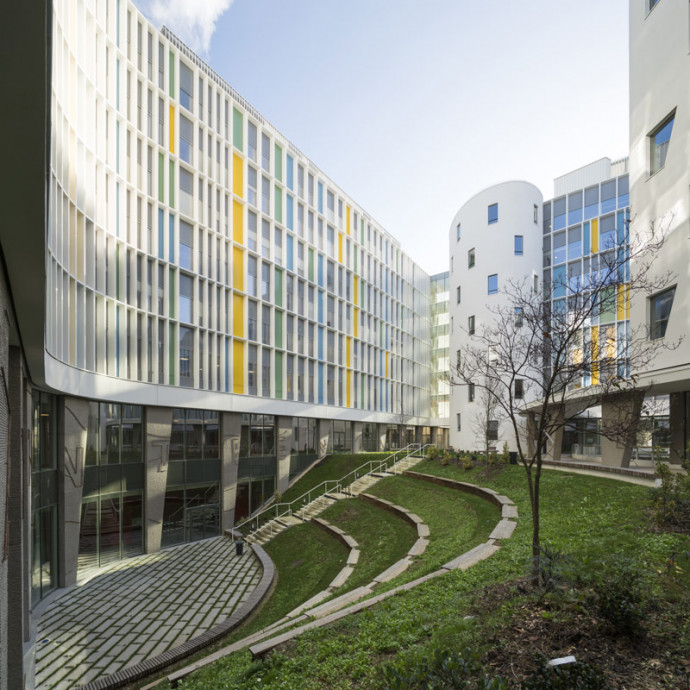 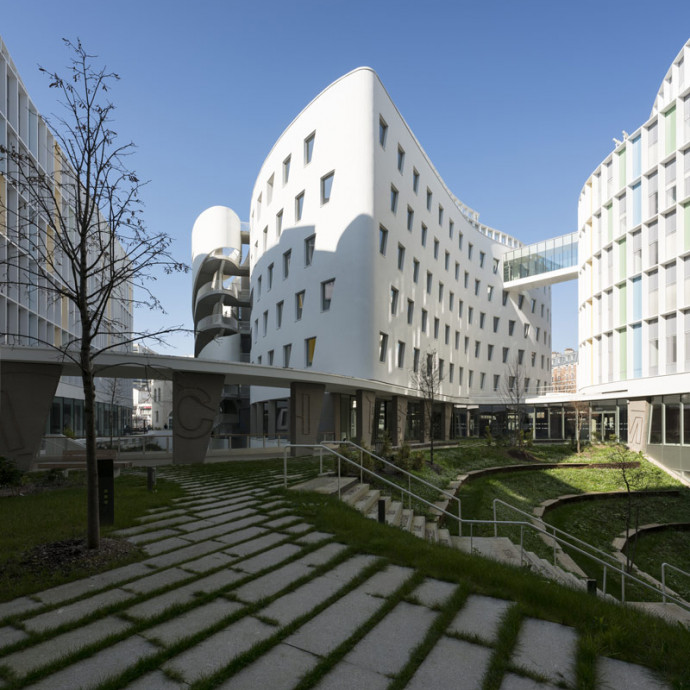 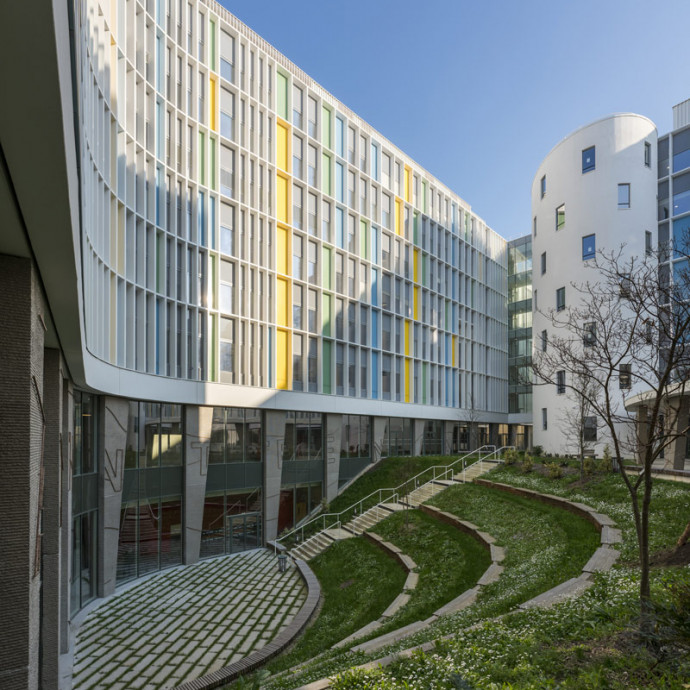 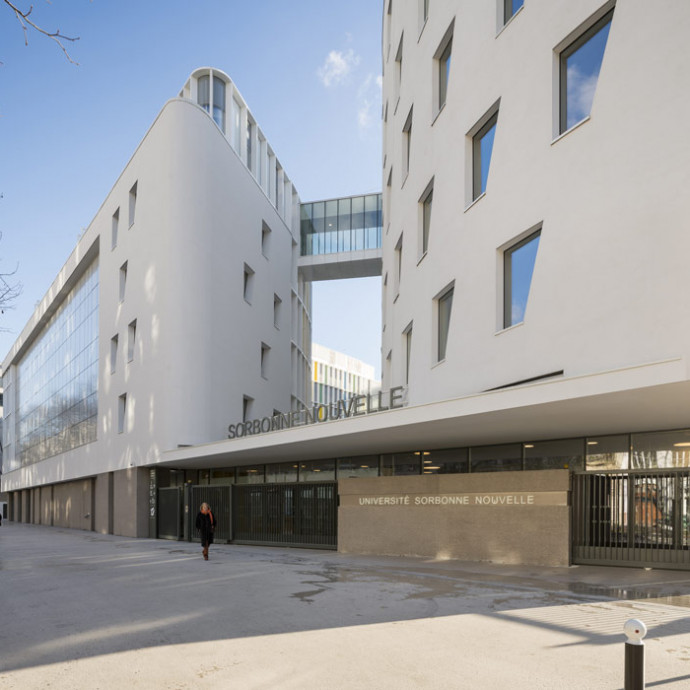 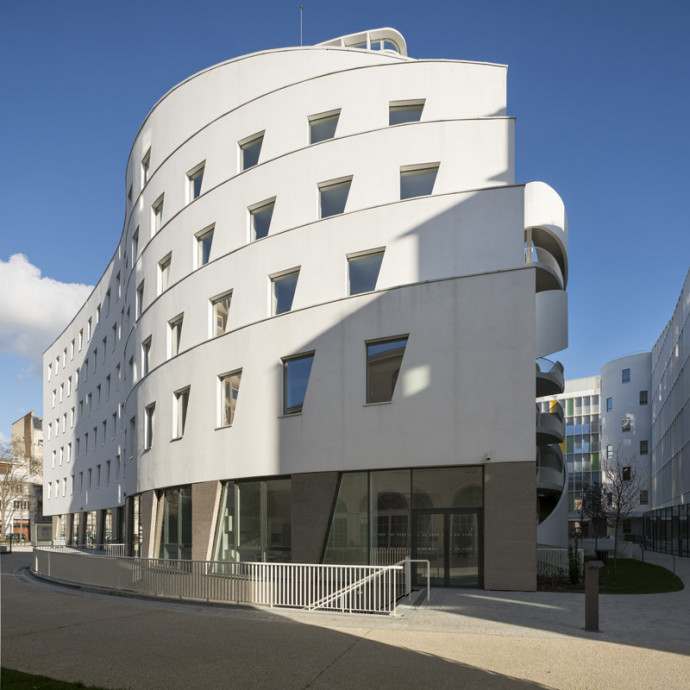 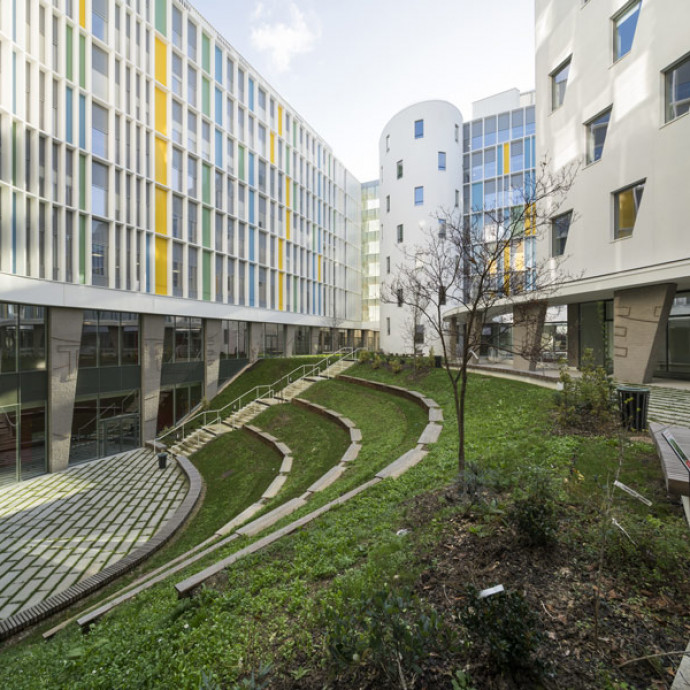 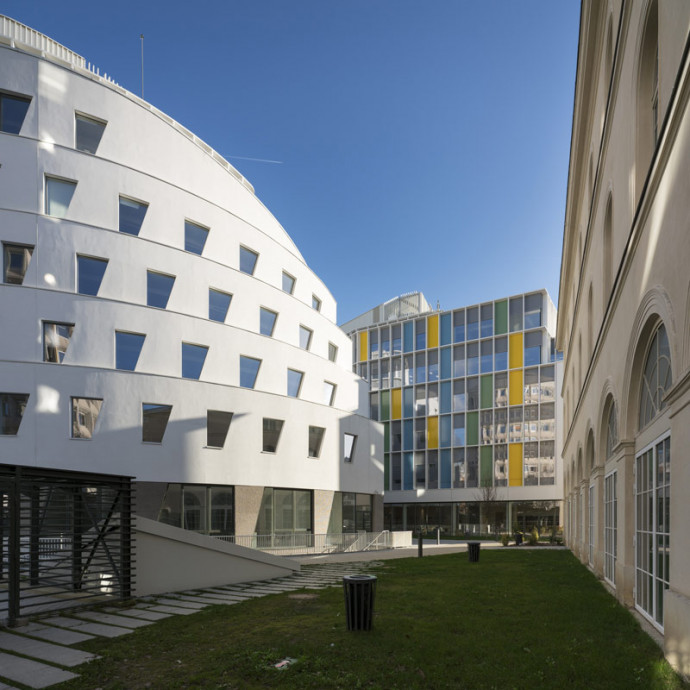 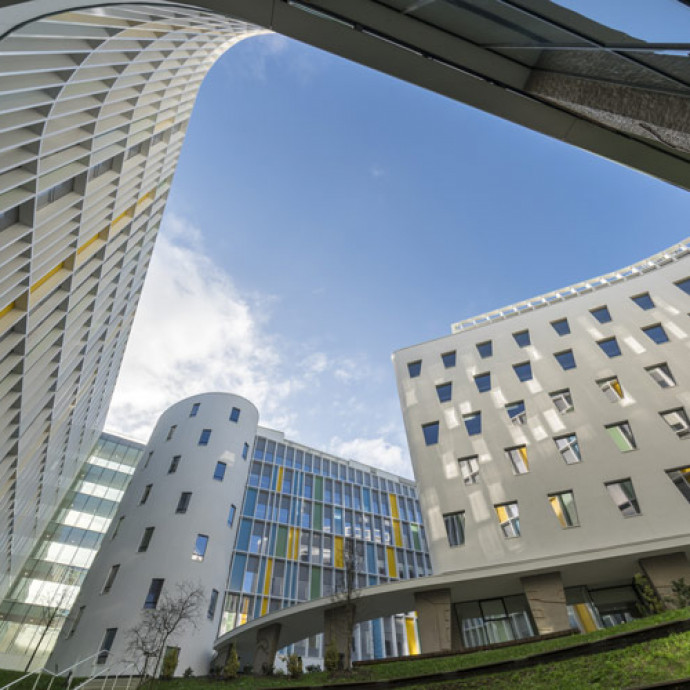 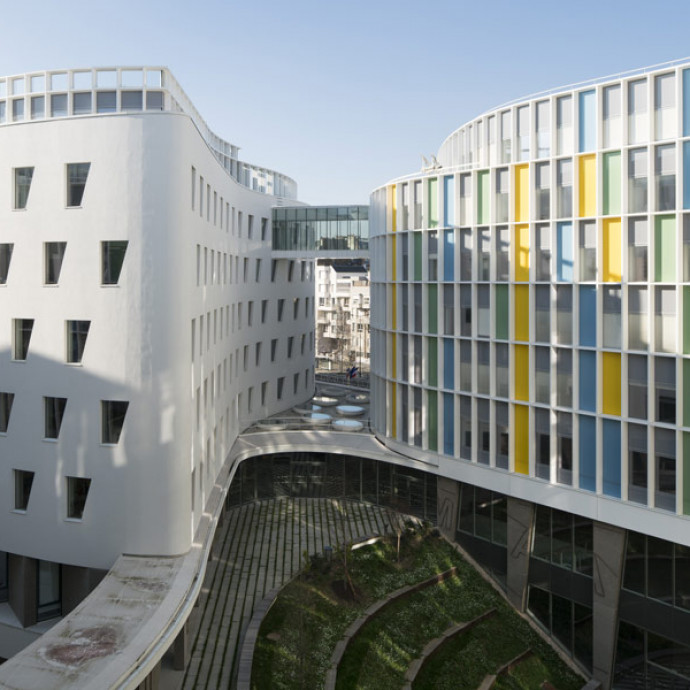