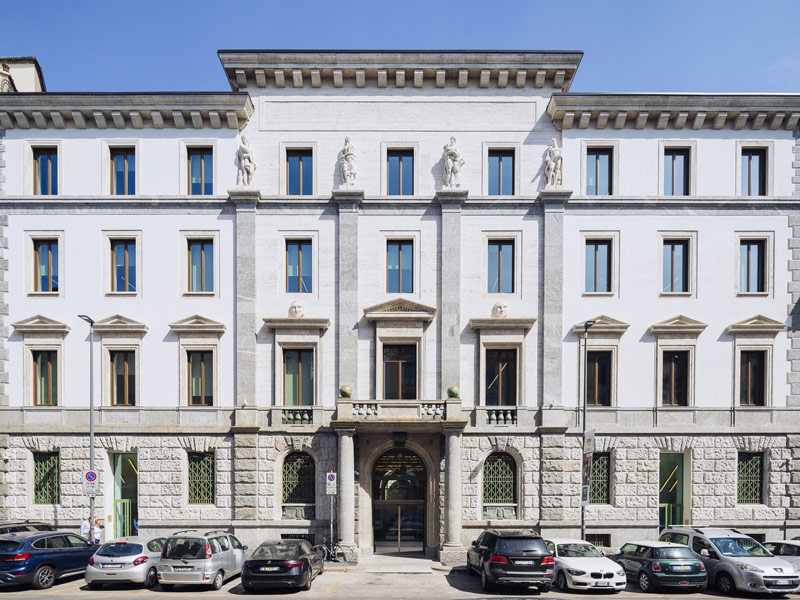 From an interpretation of the design heritage bequeathed by Agnoldomenico Pica, Atelier(s) Alfonso Femia delivers a rehabilitation project that retains the original character of the building.

Before 1930, the Lambro and Ticino canals traced the main axes of public life, delimited meeting places and different paths, making Milan a true city of water.

The year 1930 marked the end of this era: on this date, many rivers disappeared. Little by little, the urban waters are slipping towards the domain of memories and what remains of them participates in the tourist folklore of the city. It is worth remembering what constitutes the identity and originality of the original building installed in the Mediolanum: it is in this ancient district of Milan located in the middle of the plain, on land between two rivers - the Adda and the Tessin, themselves interspersed by Lambro, Olona and Seveso - that was built in 1928 the building intended to be the headquarters of the General Electricity Company of Adamello. This company, specialized in the production of hydroelectric energy, remained active in Val Camonica until the 1960s.

At the time, Ulderico Tononi was appointed lead architect for the operation in collaboration with Agnoldomenico Pica and Pietro Cassinoni. The hand of Pica can be guessed in the rigorous geometry which lightens a composition still dependent on classical rules. Winner in 2018 of the competition launched for the restructuring of the building, Alfonso Femia is developing the project by conducting philological research and immersing himself in the genesis of the building and its transformations over the decades. The philosophy of Alfonso Femia and his Atelier(s) is based on knowledge of places, to better understand and restore them.

Twentieth-century Milan is characterized by the diversity and fragmentation of the city: its buildings constitute a dense but unified urban landscape, despite the remarkable differences that constitute it… to be respected and preserved. This is why particular attention was paid to the office floors and common areas, to the hall and to the courtyard: the idea here was to unroll a common thread that would accentuate the original character of the building while linking it to the necessary transformations initiated, and this up to the facade - however metamorphosed - overlooking the garden. Vegetation was thus incorporated when the roof was raised in the most discreet way possible, always taking care to underline the identity of Pica's work.

Thus, the new project is respectful of the existing, without renouncing a functional modernization of the spaces, adapted to the needs expressed by the client and respectful of the original axis of composition.

The use of “a secco” technology makes it possible to draw up a flexible plan with regard to the internal spatial organization, so as to reconcile the pre-existing historical elements with the objectives of the contemporary project.

Careful restoration work has been carried out on the facade located in Via Caradosso and the original parts. New high-performance wooden windows and doors were also installed, responding to the need to build an energy-efficient envelope. The facade facing the courtyard has been updated and the facades redefined with an extension at roof level to allow a vertical connection with the added elements. 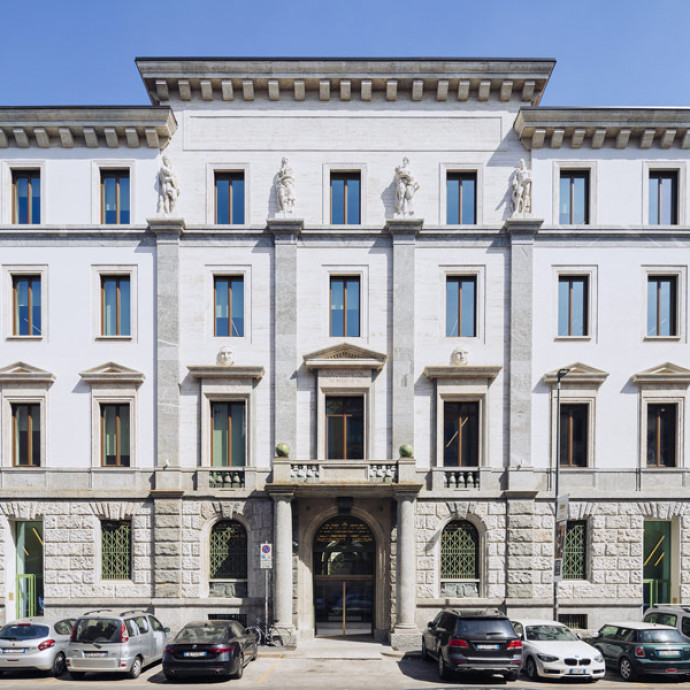 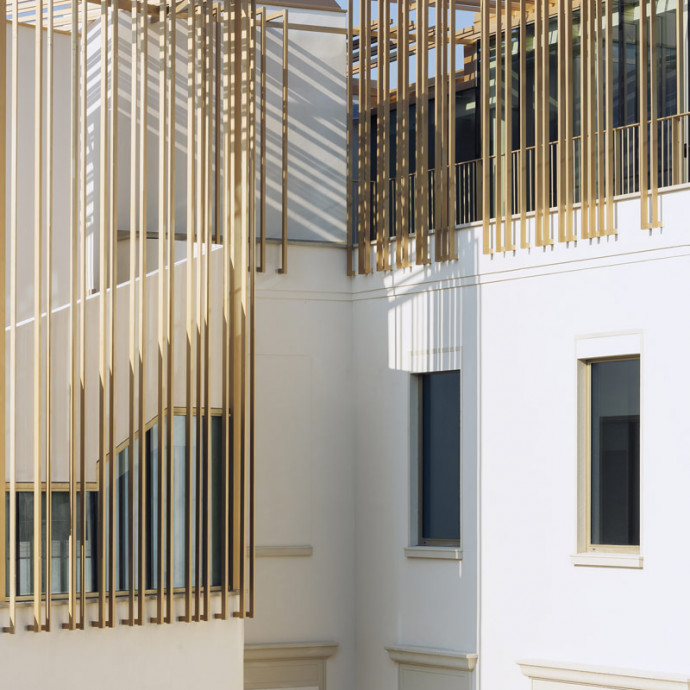 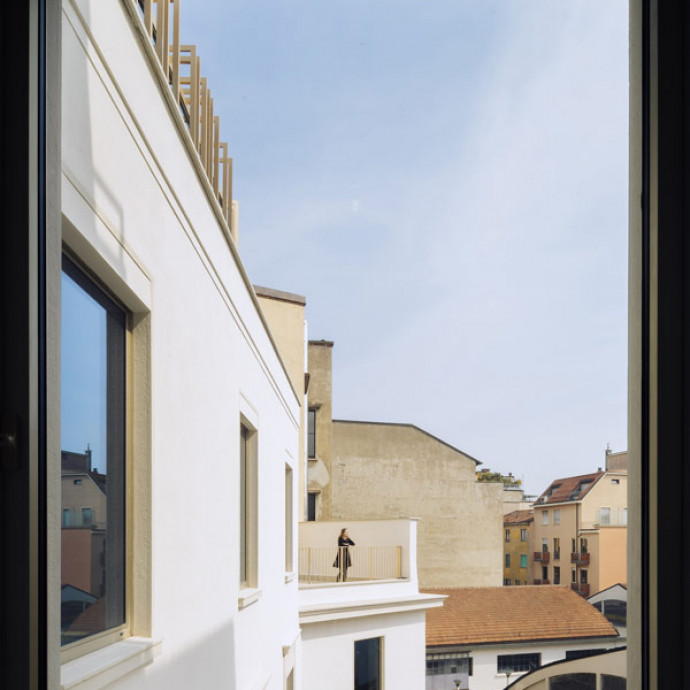 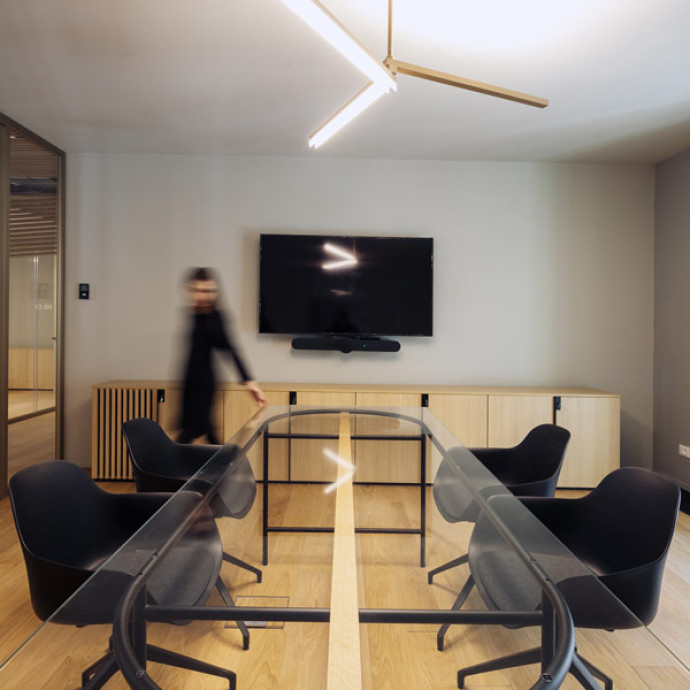 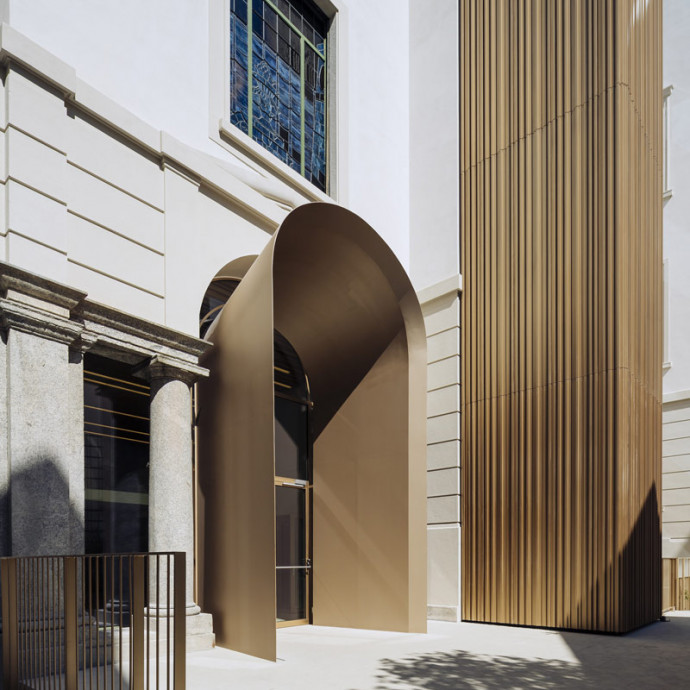 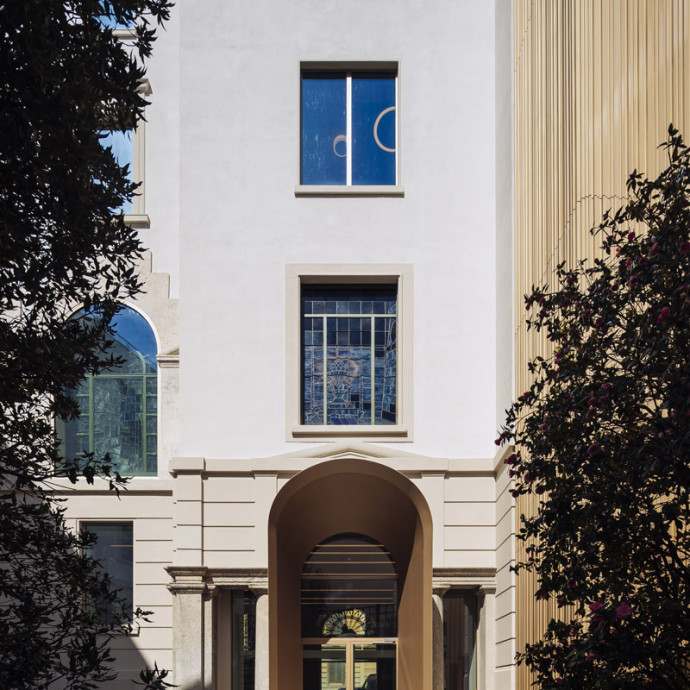 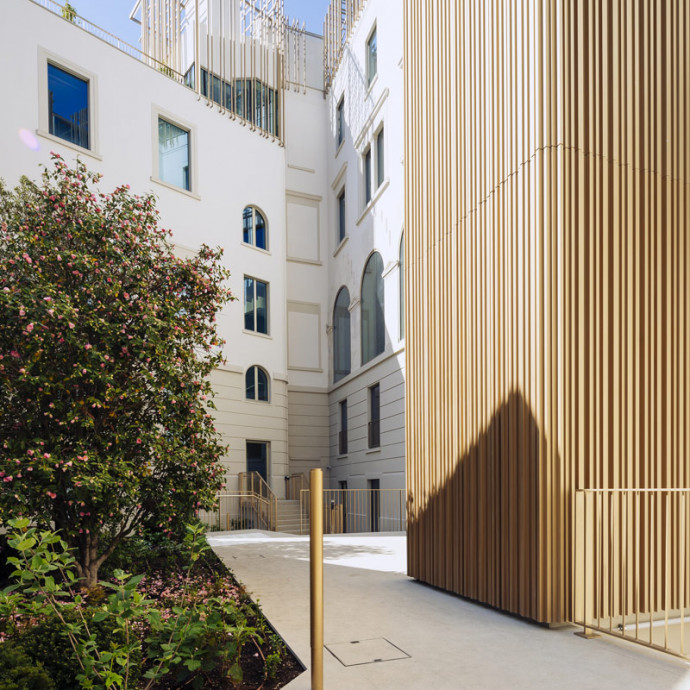 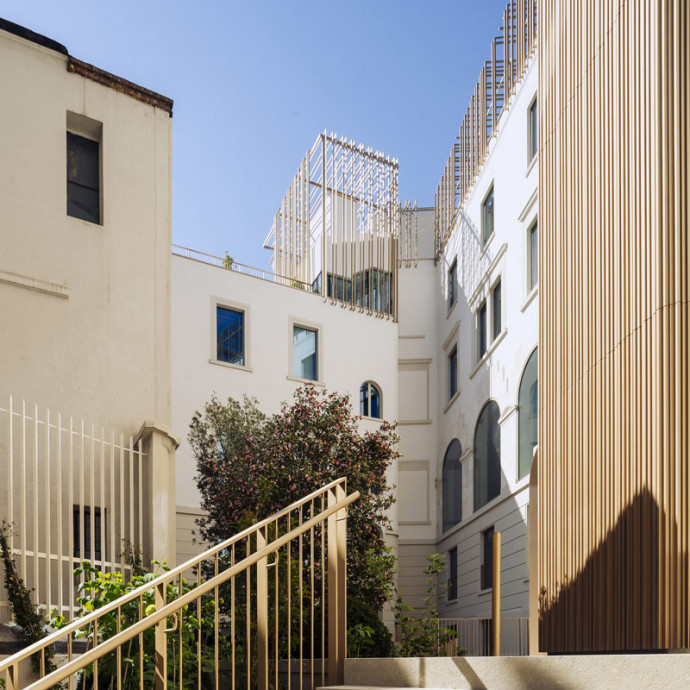 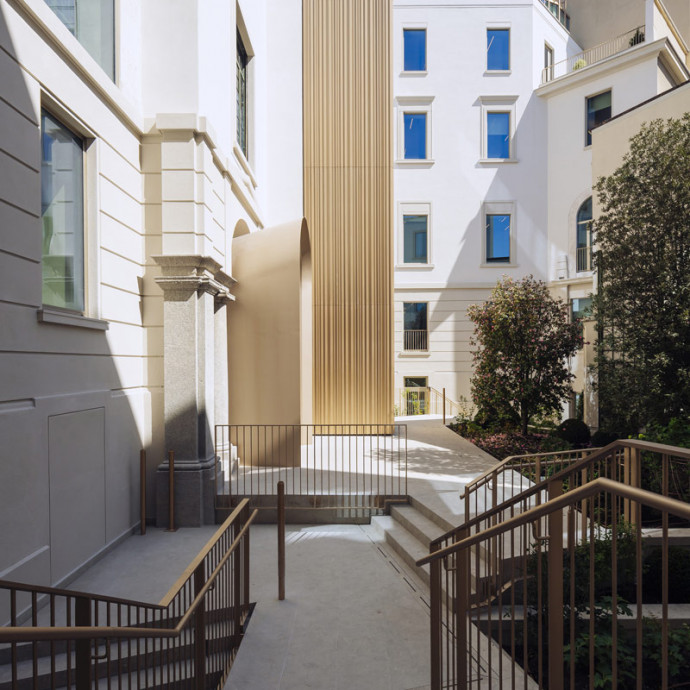 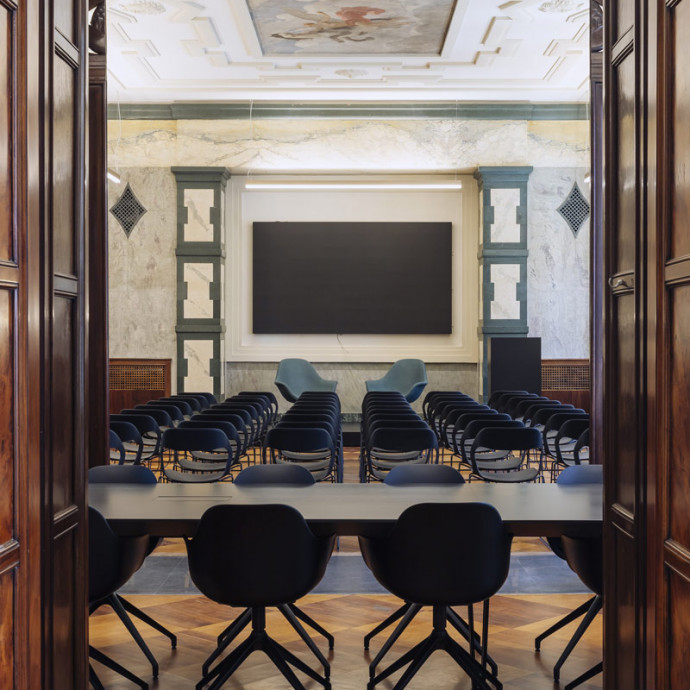