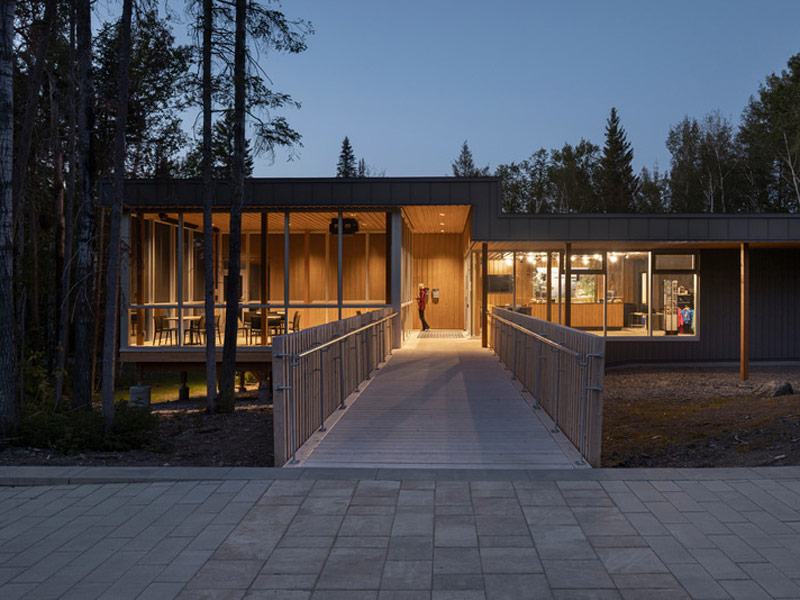 The challenge of this project: to draw a common thread between the history of the site, the program and nature, and thus magnify a unique and majestic territory. A mission entrusted to Blouin Tardif Architect and Éric Painchaud Architect by the Society of Outdoor Establishments of Quebec (SÉPAQ).

Located in Saint-Gédéon, Quebec, Camp de Touage dates back to the days when the mouth of the Saguenay River was used as a towing station for logs to be redirected to a landfill. Thus, the boom (dam), formerly used for logging, forms the backbone of the project. A common thread making it possible to draw links between the history of the place and the new resort vocation of Camp de Touage in the Pointe-Taillon National Park.

The layout of the pavilions surrounds a reception center while filtering access from the various entry points: parking, cycle path and footpath. This strategy thus promotes adaptation to the topography of the site, surrounded by a magnificent canopy.

The visitor route starts with a footbridge, essential at the beginning of the experience, and winds between the various accessible spaces: the reception, the shop, the equipment rental, the veranda and the service areas for campers.

In addition to being economical for a project where public budgets are limited, this strategy of exterior circulation stimulates the discovery of the exceptional natural environment from which the site benefits.

Beyond the poetics and the form of the object, architectural notions have emerged from the reference to the boom: the concepts of protective screen, footbridge, observation point, light filter, he expression of the structure, are all avenues of development that have led to a sober and coherent architectural party.

The Camp de Touage Service Center thus combines a coherent and poetic architectural resolution with a permanent link to its natural environment.

Directly related to the vacation promotion mission and the general public vocation of SÉPAQ, it promotes the discovery of the place by all vacationers in the region in an enveloping wooden setting.

Blouin Tardid Architectes and Eric Painchaud architect sign here a project that the public has enjoyed discovering, since its opening last year. 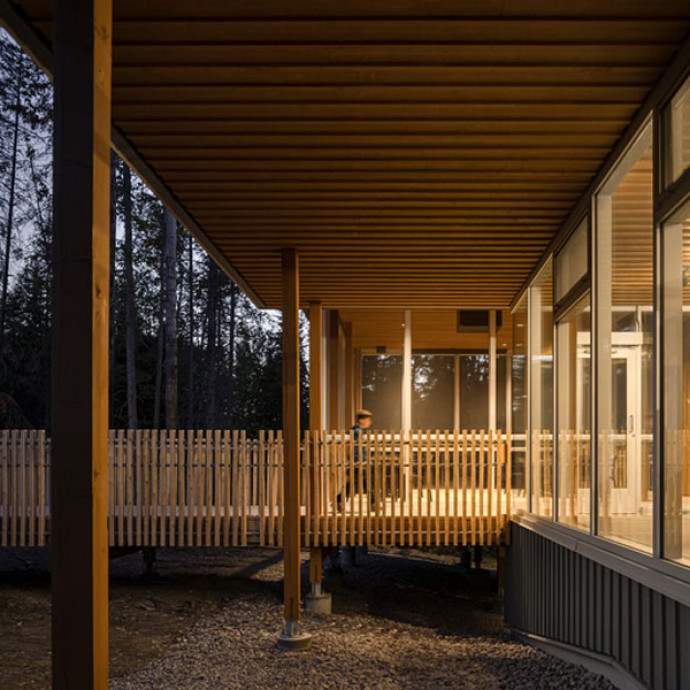 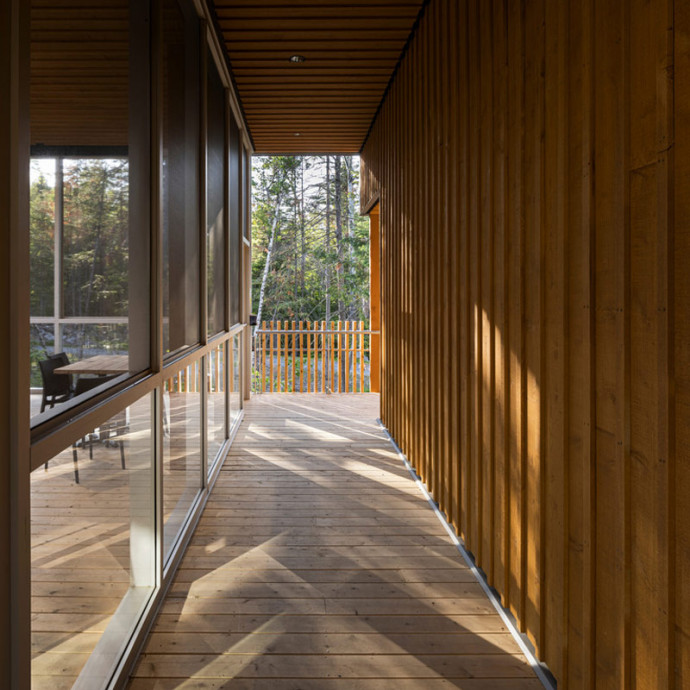 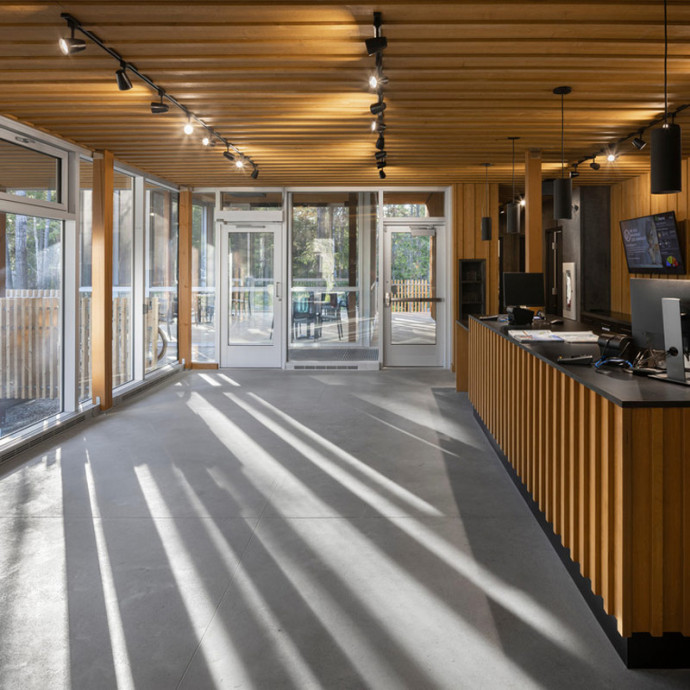 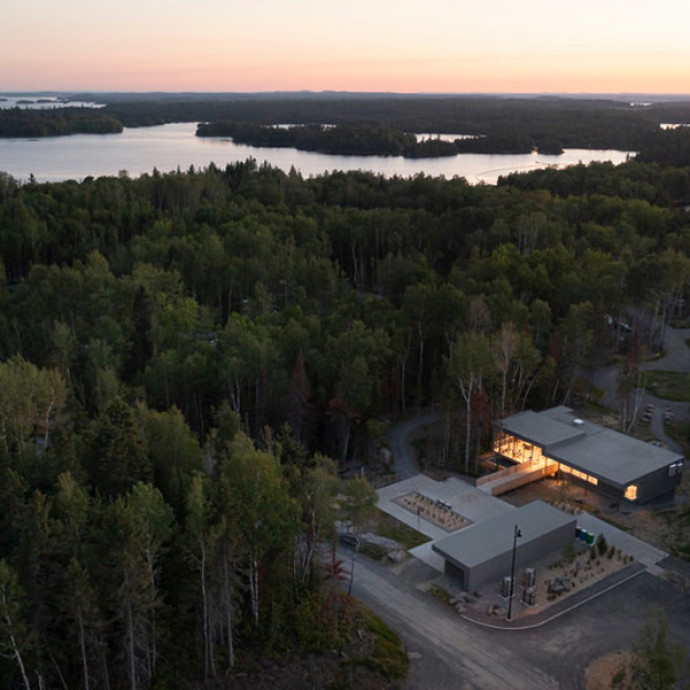