“Le 16” is located at the corner of rue de Cugnaux and rue Nungesser et Coli, near the Arènes train station. The rue de Cugnaux, in continuity with the route de Saint Simon, is very busy and forms a structuring axis at the entrance to Toulouse from La Cépière to the district of Saint Cyprien. Today it is in full mutation.

Given the urban context, the project on this site must create an articulation between rue de Cugnaux, which is the subject of urban densification, and rue Nungesser et Coli, which is still characterized by its suburban fabric, while developing a facade city ​​holding the public space at an angle on the roundabout.

Thus the 18 housing units built are divided into two buildings, building A in R+4 on rue de Cugnaux which makes it possible to fit into the densification template of the street and to maintain the angle on the roundabout, and Building B, intermediate in R+2 located on the rue Nungesser and Coli side to allow a smooth transition between the suburban and the collective.

The main building is A: it includes 16 apartments and is spread over 4 levels + an attic. On the ground floor are the entrance hall at the corner of the building, as well as service areas and parking. The floors are occupied by south-facing apartments benefiting from loggias overlooking the central garden.

The north-west and north-east facades of the "Résidence Le 16" have the particularity of having bow windows, and come to mark the angle overhanging the public space. The bow window allows the interior living spaces to be extended towards the street. On the north-west facade, the bow window shelters the common circulation and thus creates a perspective on the rue de Cugnaux.

These architectural elements enhance the composition of the facades on rue de Cugnaux and on the roundabout, which could well become a square. Something to reclaim public space and support the city in its present and future development... 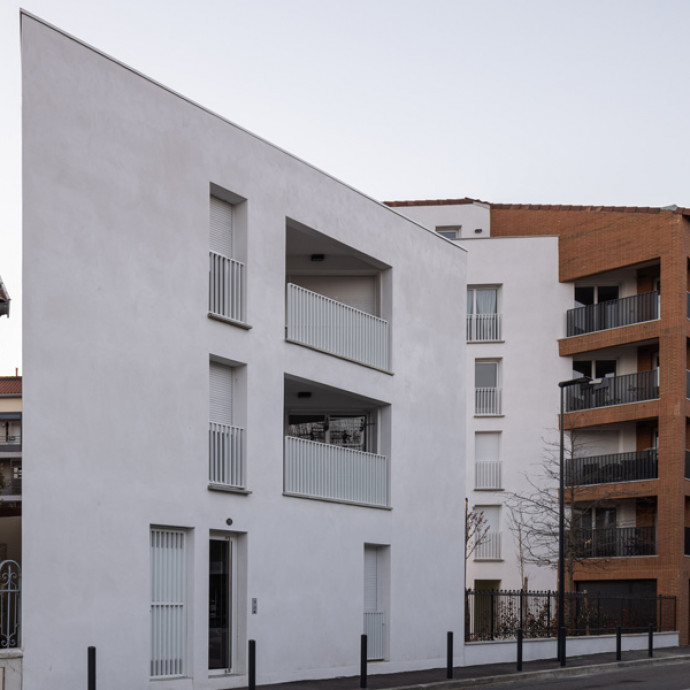 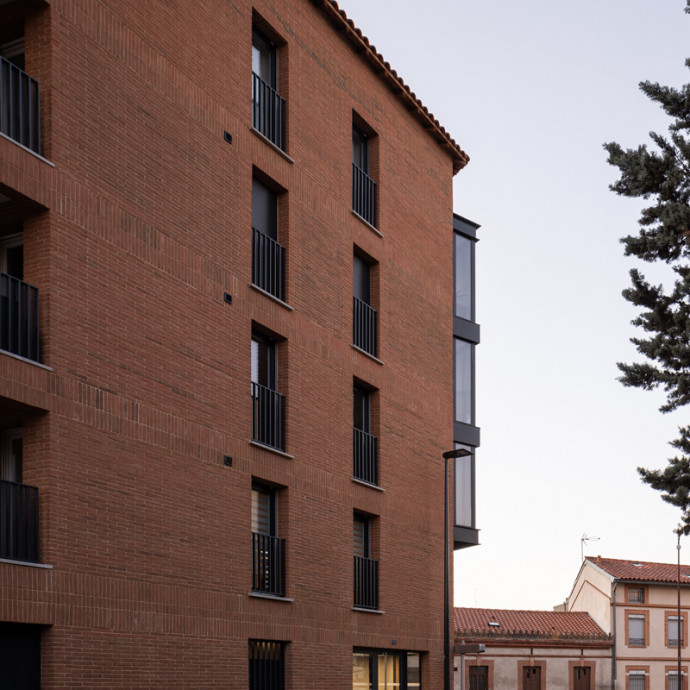 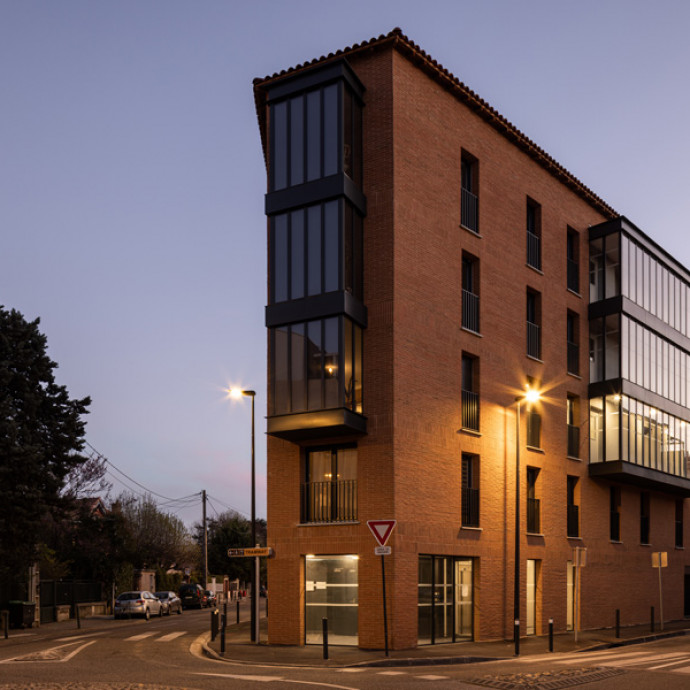 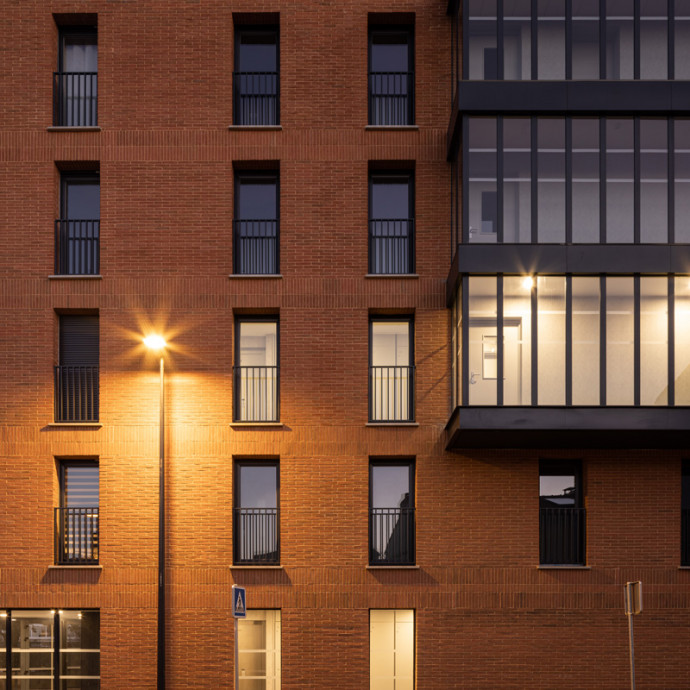 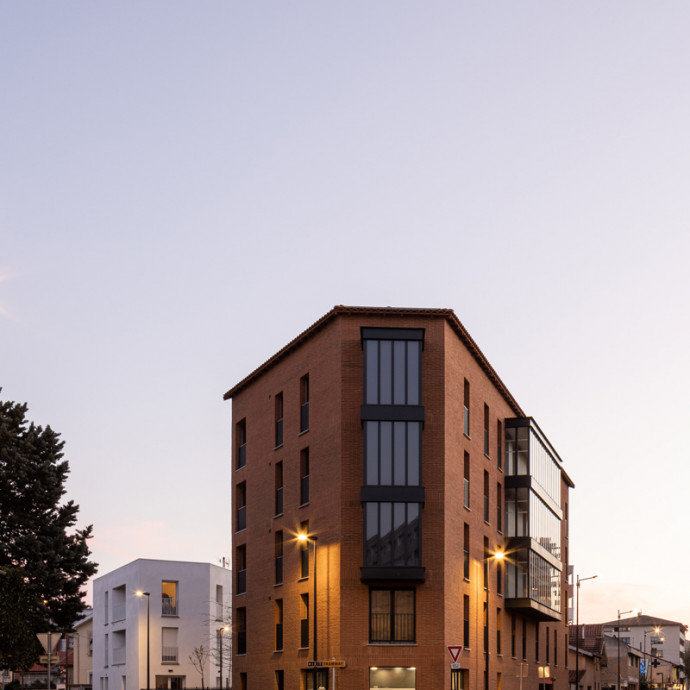