Until June 16 2012, the Parisian gallery Frank Elbaz presents "The Buried Works" Davide Balula. With this facility consists of land, water and a wood floor, the artist imagined a star incubator sort of vivarium where the works are being manufactured.

Blank linen canvas there have been buried. At the end of the exhibition, the paintings will be excavated, extracted by pre-cut doors and then stretched over the frame before being exposed.

Following the poem "Art is not Dirt" by Linda Nochlin, Davide Balula and Linda Nochlin had this conversation:

"While Linda swallowed his daily kilometers to Riverside Park, while writing his memoirs, Davide, he was planting grass and paints under the feet of Paris. Since two places at once, they exchange words images and walking at the same pace:
- Linda, in your last poem, you opposing the art and earth.

- Imagine: Pour water, stir the mud.
- Pour water on Art?
- ... Stirs the mud. Plant a rose. Allowed to dry land. Feed the dead, fed the bee. Keep on going.
- Here, here, look, a firefly!
- It is off it seems. And it walks like us in daylight. It must be a sleepwalker. A som-nam-bule.
- You know when the fireflies are sleeping, he snore at the same frequency as the neon lights that makes the ceiling? And for months, under the earth, they spend their time playing with their brain proteins to change the colors of their behind? - In this regard, the clock is ticking and the colors should not change soon.
- I begin to feel something growing under my feet.
- Reminds me of one of my earliest memory of when I was little. We were in Miami Beach. I wanted a pair of shoes at any price ", through which you could see the earth." Obviously, no one understood what I meant ... I remember very clearly myself squatting and have shown the landscape of palm trees between the toes and the heel of my cousin. I also wanted high heels!
- Haha! Already good original outlook! We can stop there if you want. Facing the ceiling.
- Good idea, we also take more distance by opening those doors, there audience.
- And then after eating, could settle on that wall? What do you think ?"

For more information, visit the website Davide Balula and that of the Frank Elbaz Gallery. 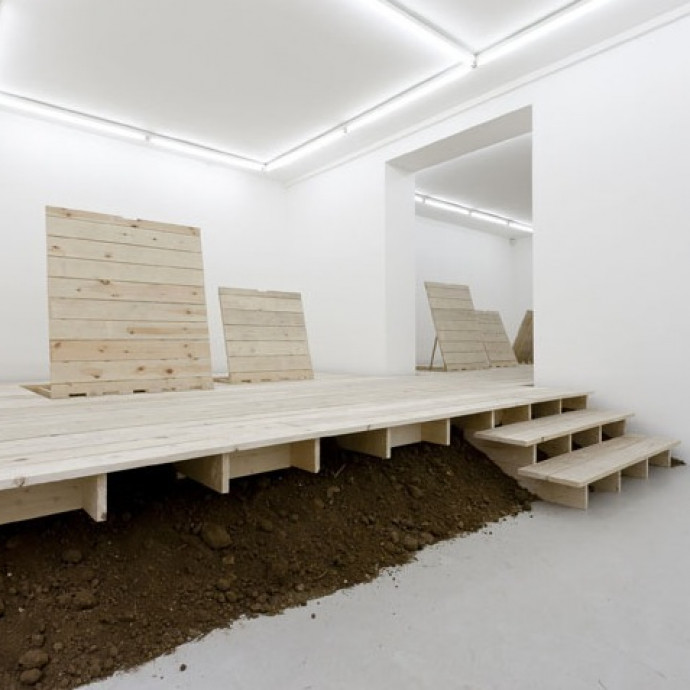 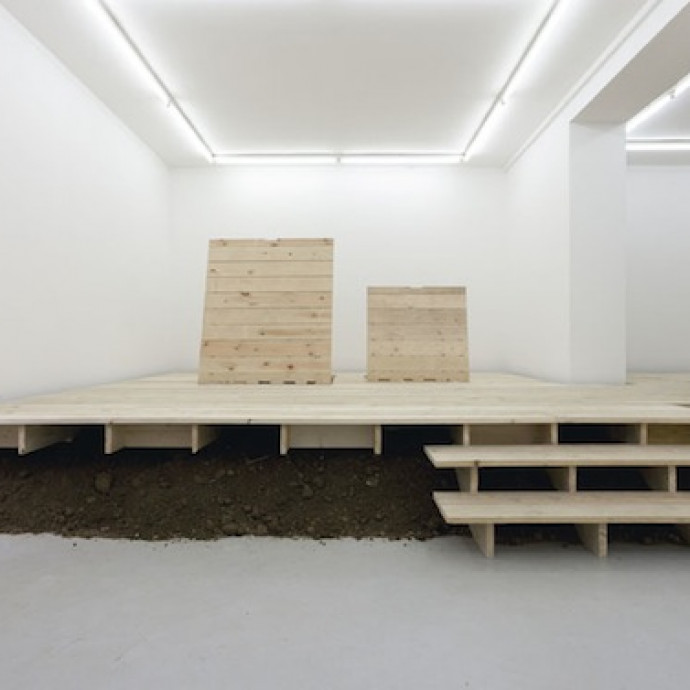 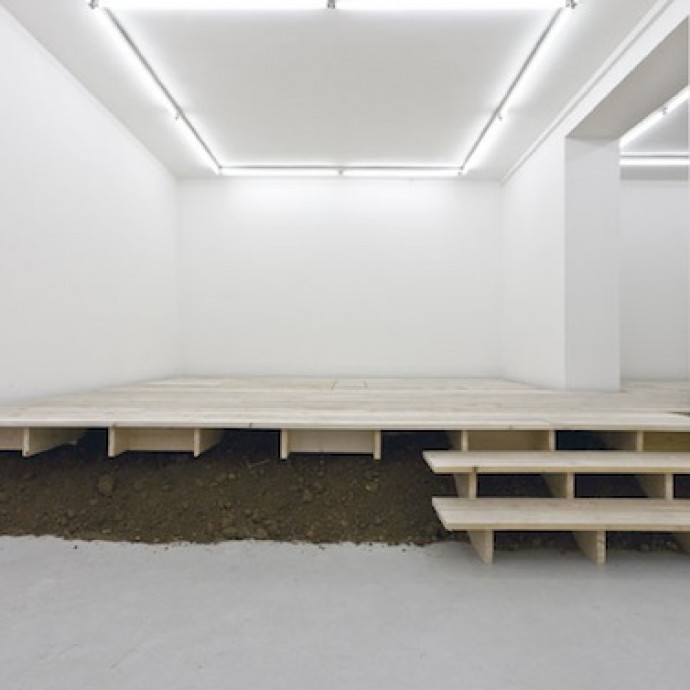 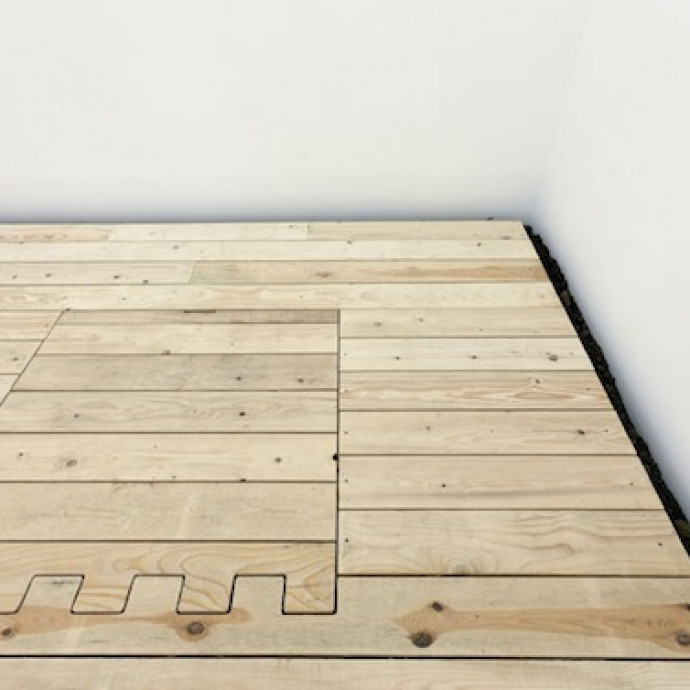 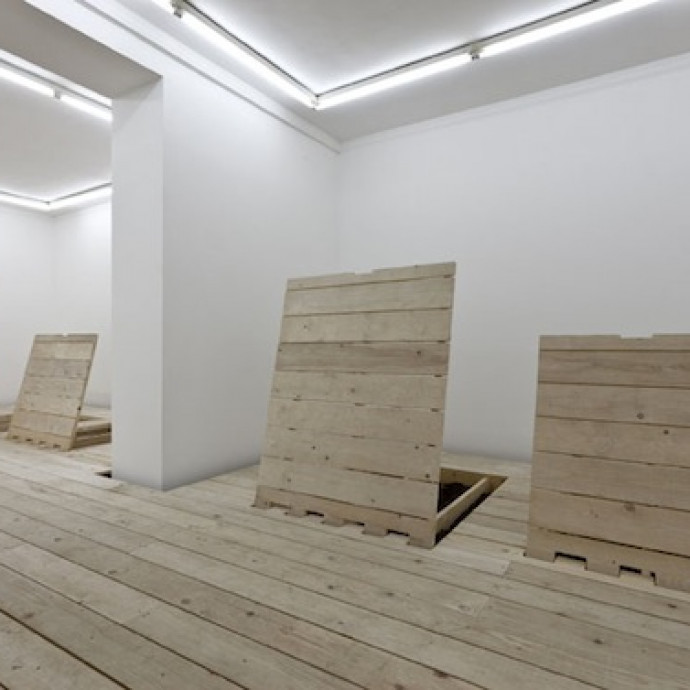 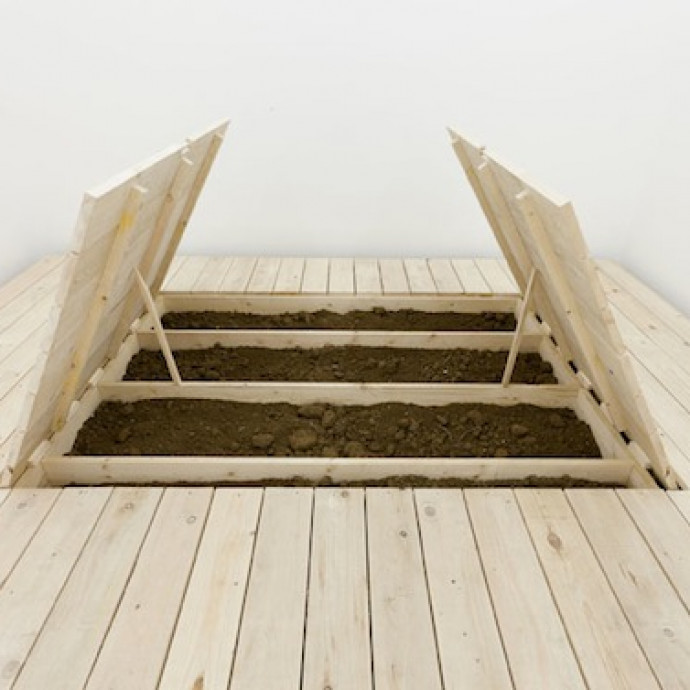 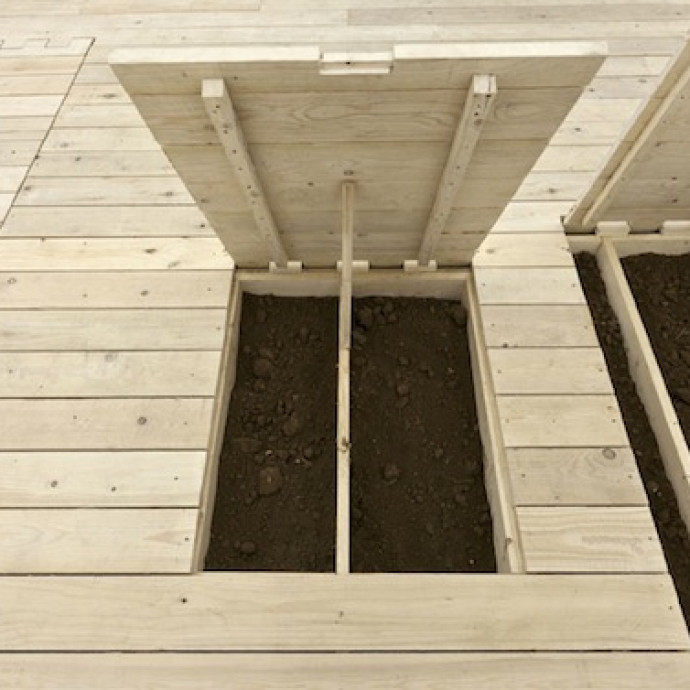