Two weeks ago, Life is Beautiful was held in Las Vegas (United States), a musical, culinary and artistic festival. The opportunity for the Portuguese street artist Bordalo II to panic social networks with his work Wild wild waste, a zoo set up in an abandoned motel and whose menagerie consists neither of scales nor balls of hair ... but of waste.

It is not his first attempt. Artur Bordalo aka Bordalo II has made a name for himself in the world of street art with his tags, but even more thanks to his frescoes depicting animals. His favorite materials? Old tires, boards, bicycle wheels or even pipes that the plastic surgeon finds here and there. A way for the Portuguese to denounce the overconsumption and overproduction of waste of course, but also to represent all the abandoned and left behind, whose potential only asks to be revealed, as long as we take the trouble to look at them from another angle.

On the occasion of the multidisciplinary Life is Beautiful festival held in Las Vegas from September 21 to 24, Bordalo II was able to see things even bigger than usual, in particular thanks to the support of producer Justkids and the specialized company Zappos in fashion. Housed in an old abandoned motel in the City of All Sins, its zoo has a lion, penguins, wolves, pandas and even a (almost) life-size whale! A Noah's Ark 2.0 that we never tire of looking at, but we know too well if we would like it or not for it to survive the flood ... 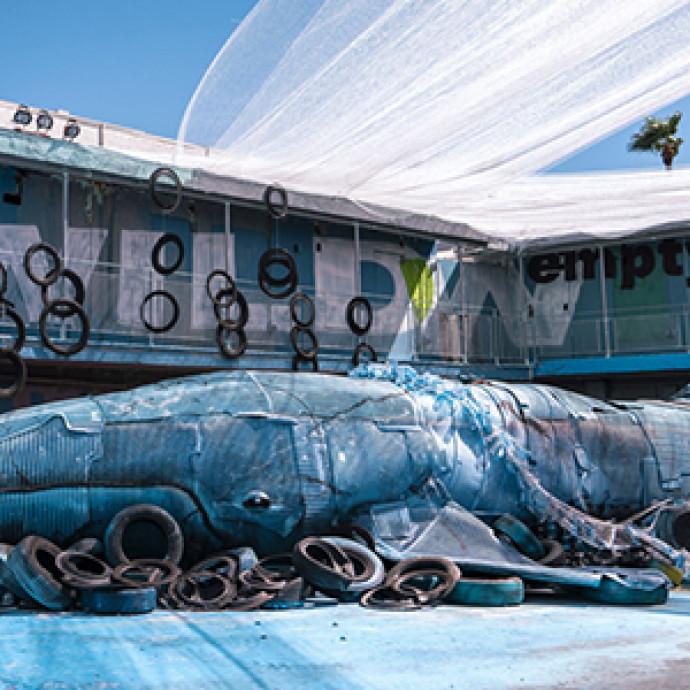 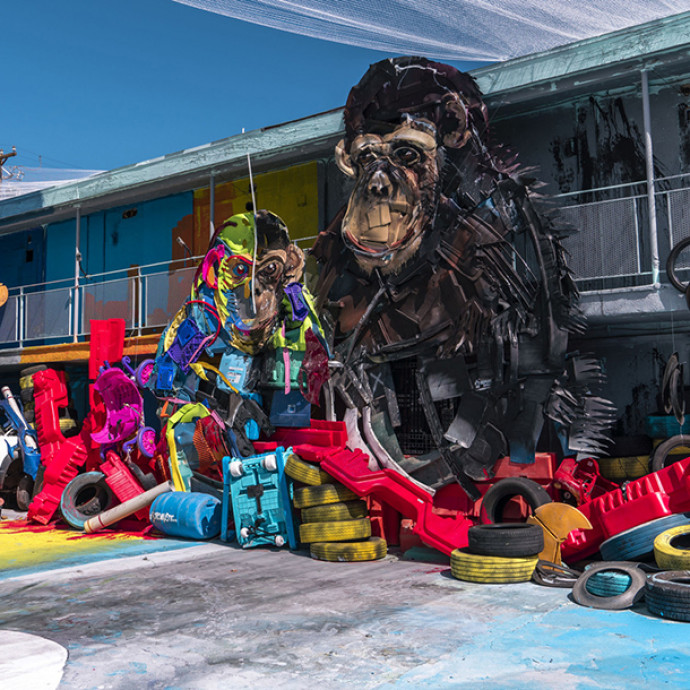 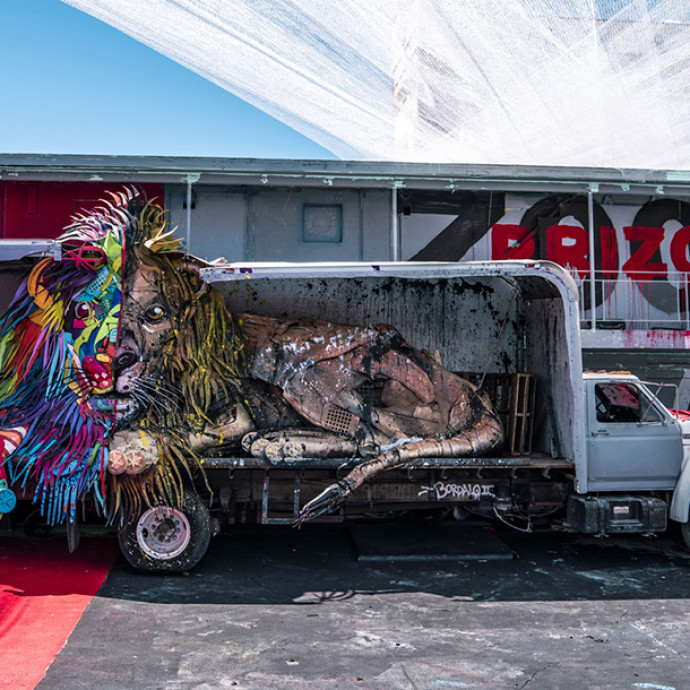 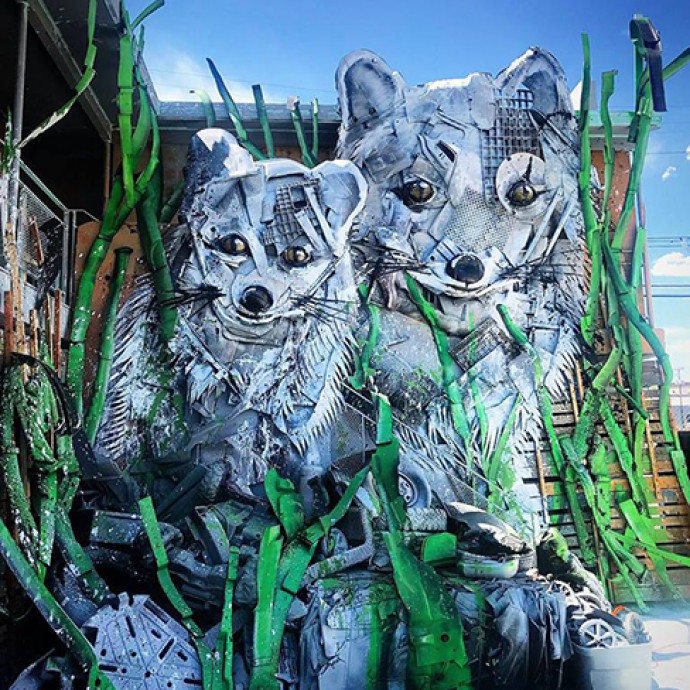 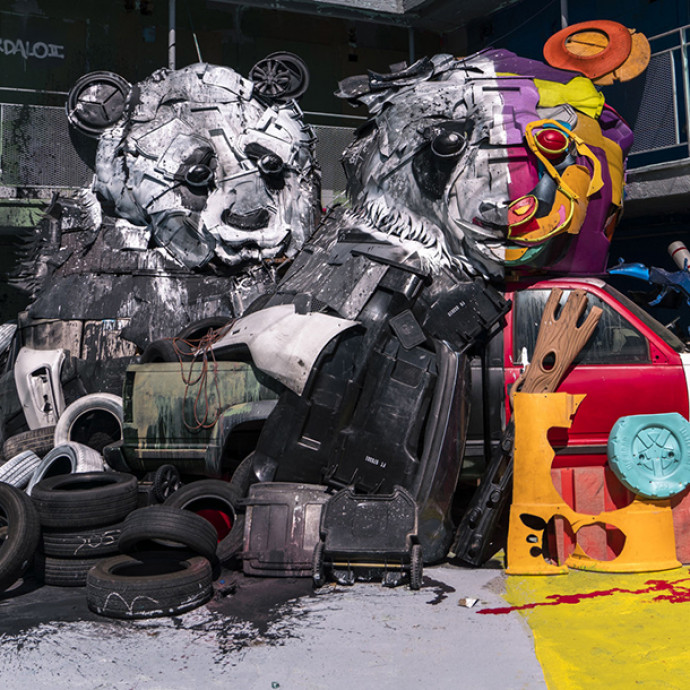