As a nod to his name, Charles Pétillon offers facilities as bubbly as champagne bubbles. This is what ensures the brand of drinks Perrier-Jouët a generous installation, on the occasion of the event "Bonjour France" organized by the Embassy of France in Tokyo, and hosted in parallel by the Belle Epoque house. Epernay (51).

The photographer and artist Charles Pétillon has a unique style that the general public has discovered through his series invasions, which capture spaces filled with aerial and inflatable spheres. After working for major brands and leaving the exhibitions for two years, he made a remarkable comeback with his work of ephemeral installations, which he usually reproduces in open places.

A recognizable practice that has attracted the attention of the champagne brand Perrier-Jouët, sponsor of the "Bonjour France" festival organized at the French Embassy in Tokyo. Hand in hand, Perrier-Jouët and Pétillon honor the products of the company during an exhibition organized to honor the gastronomy and art of life in the French. The event in Japan, hosted upstream by the historic castle of Epernay, retraces the experience of tasting bubbles from the point of view of the artist.

His fragile and ephemeral work consists of a multitude of white latex balloons that accurately illustrate the light foam of champagne, and seizes the cellars to invade. The work becomes, between four walls, an experience as visual as sound, since the material also acts as a filter, modifying and stifling the particular reverberation of the wine cellars.
It's in the multitude of shapes and sizes that the biodegradable material makes sense. In the middle of the maze of the subway of the mansion of Epernay, the artist is struck by the labyrinthine appearance of the cellars. In the shadows, in the humidity, he finds in this atmosphere the ideal playground for his balloons, which then take possession of the cellars in an unpredictable way; a simple and picturesque way to evoke the bunches of grapes and the bubbles of the liquor. This installation was then reproduced in a smaller room in Tokyo (18 meters by 7 meters) for the festival that ended last week.

You will take again a small cut?

To learn more, visit the website of Charles Pétillon 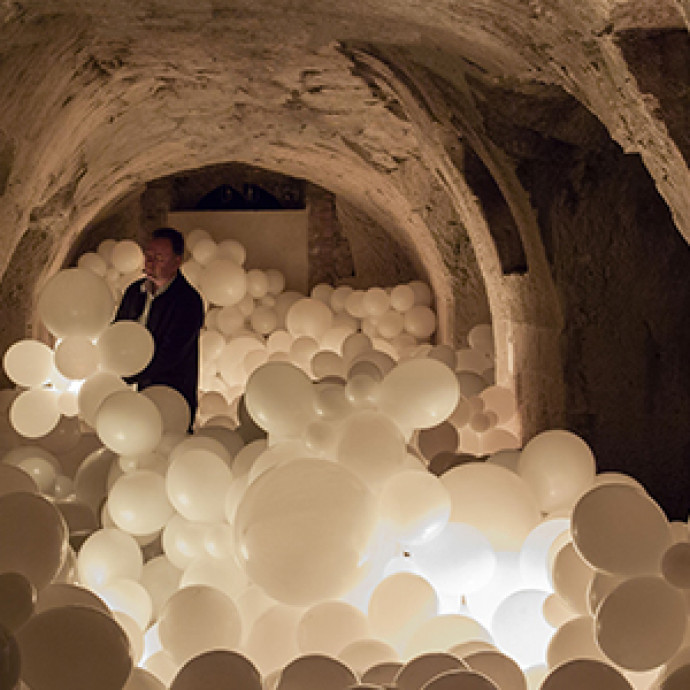 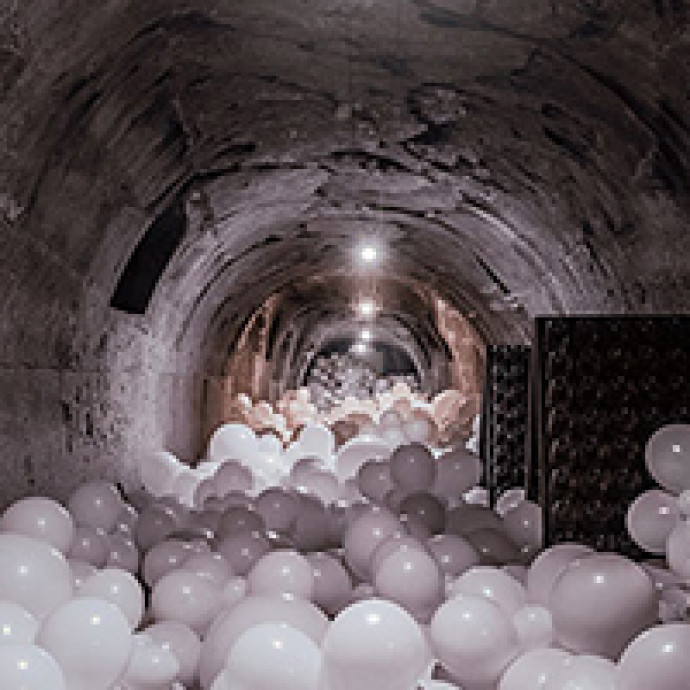 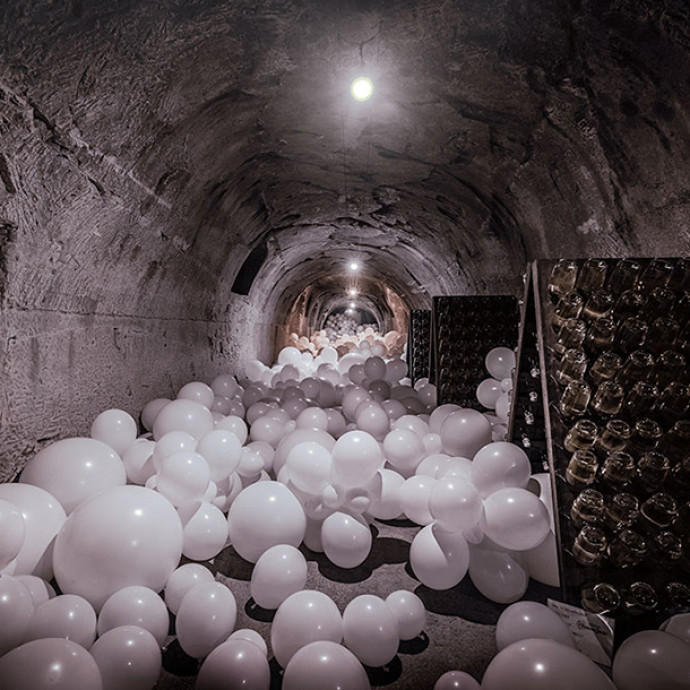 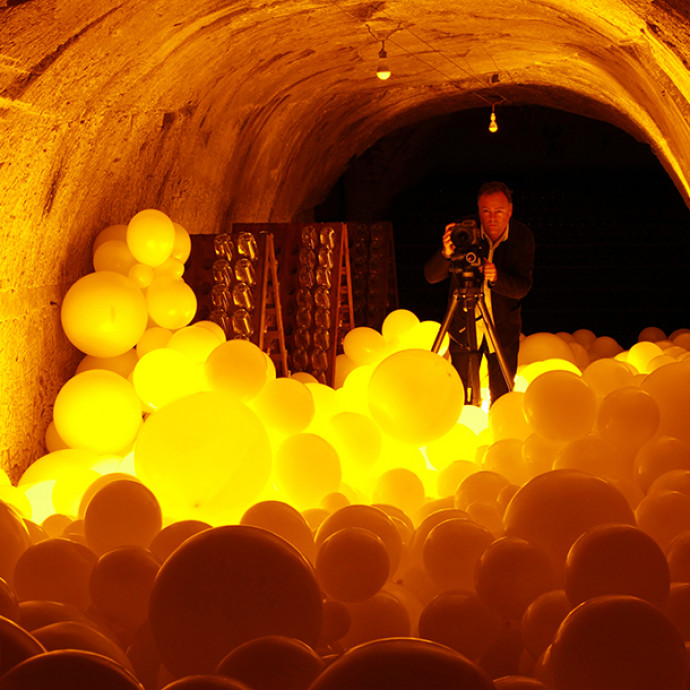 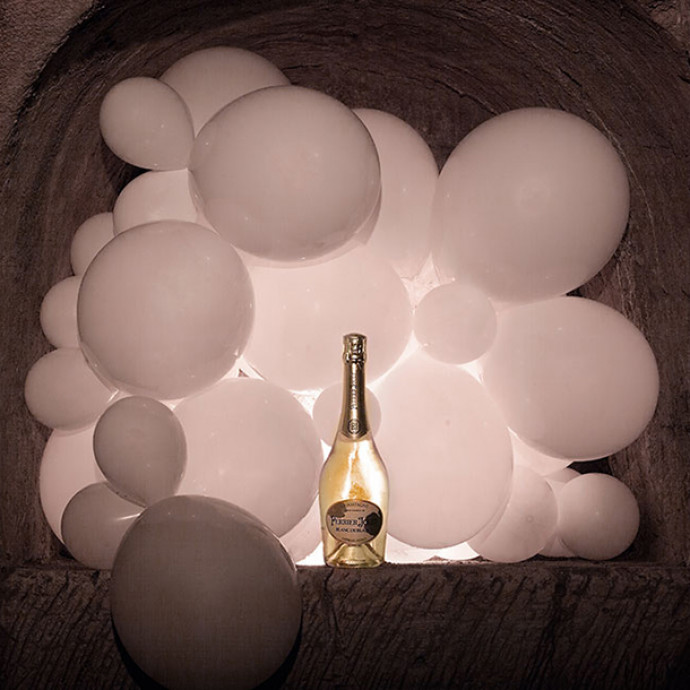 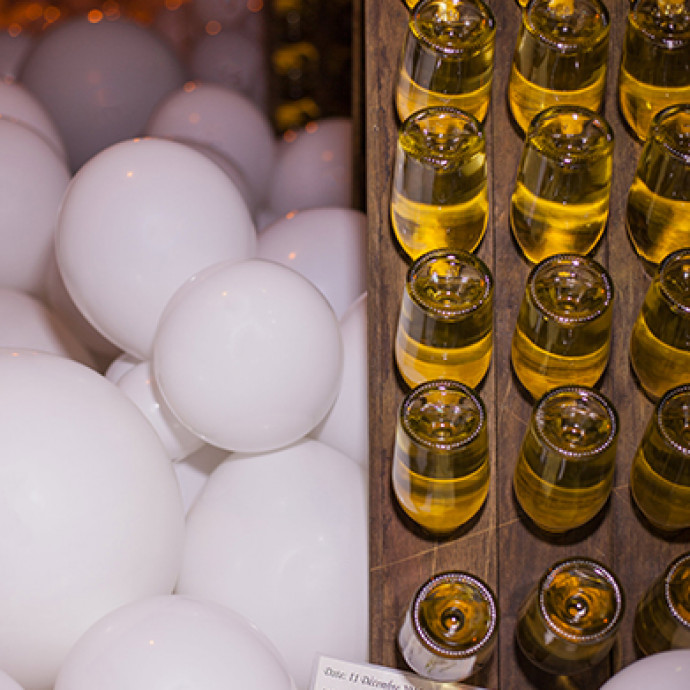 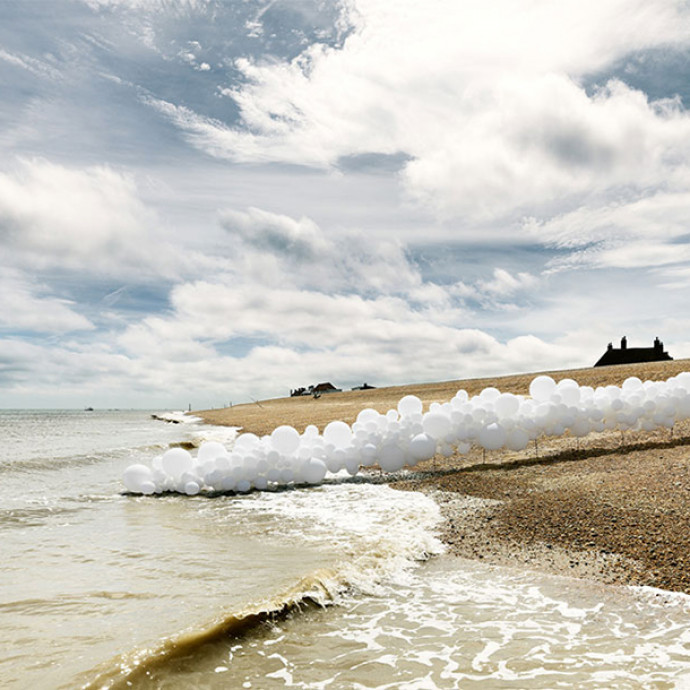