Japan has not finished surprising us. The artist collective Mé, based in Saitama, manipulates an impressive wave in a small showroom of the Mori Art Museum in Tokyo. "Contact" is a sensitive installation that changes perception, and upsets our relationship to the physical world.

Suspended between the white walls of one of the rooms of the Mori Art Museum, the exhibition "Contact", visible until 26 next May, is part of the 6th triennial of contemporary art Roppongi Crossing whose theme this year is "Connection". The hyper-realist artwork of the three-member Me collective - Haruka Kojin, Kenji Minamigawa and Hirofumi Masui - seems to have stopped time. The sculpture is conditioned by lighting that acts as a meteorological filter, and offers a real-time version of the changing appearance of the waves according to time and conditions.

The swell, frozen in its movement, is confined in a small room lit by a natural and misty light. The frontal relationship of the visitor to the ocean, as a cookie cutter, confronts him with an impressive perspective, which takes on a dimension all the more realistic when it shines from different angles. The texture of the work accurately reflects the ambient light, which adapts to the climatic changes that can be observed in the natural environment. The trio of artists thus ensures "To provoke the consciousness of the spectators, confronted with the uncertainty of the world around them".

The swaying ocean, frozen in its movement, oscillates between fragility and power. Contact captures the turmoil of the seas in a facility far from frozen, and focuses attention on the uncertain future of our oceans.

A captivating installation, in which one can not refrain from diving. 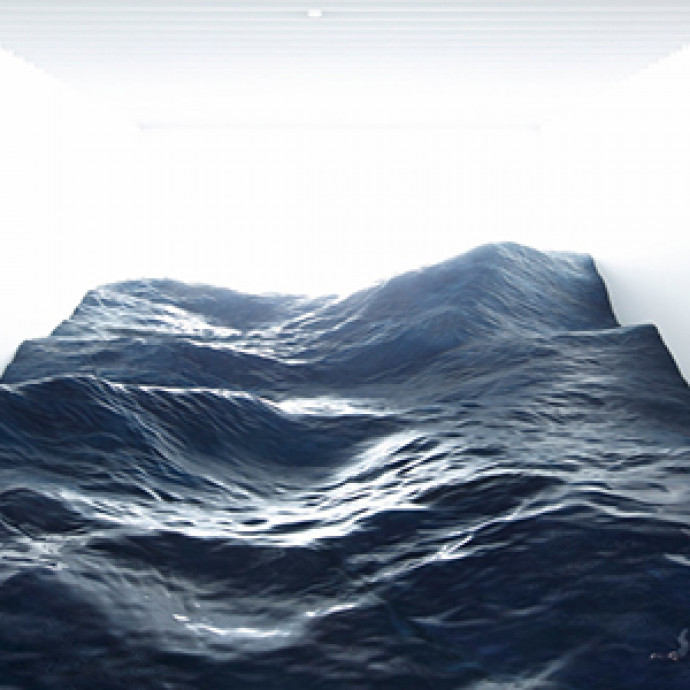 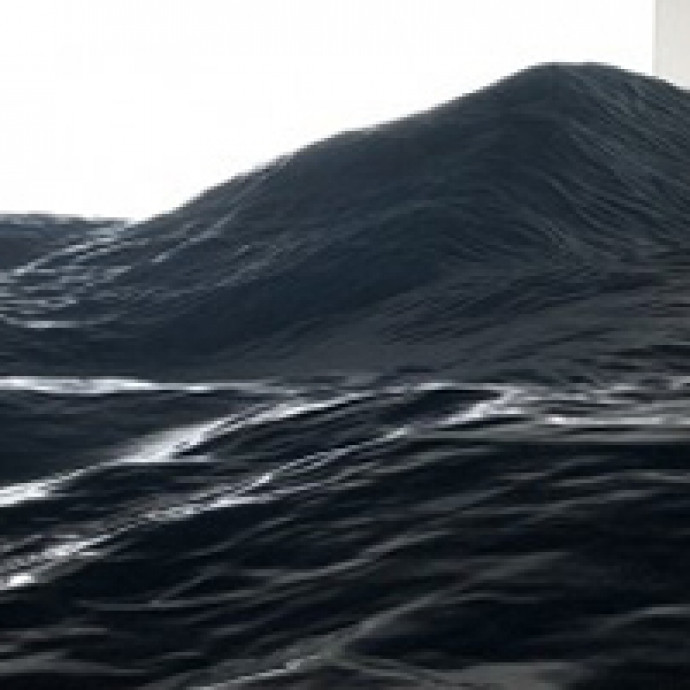 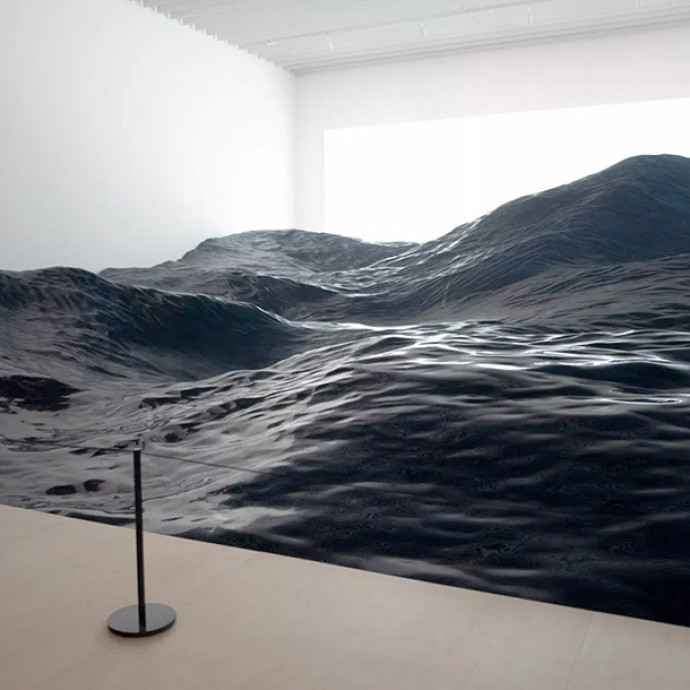 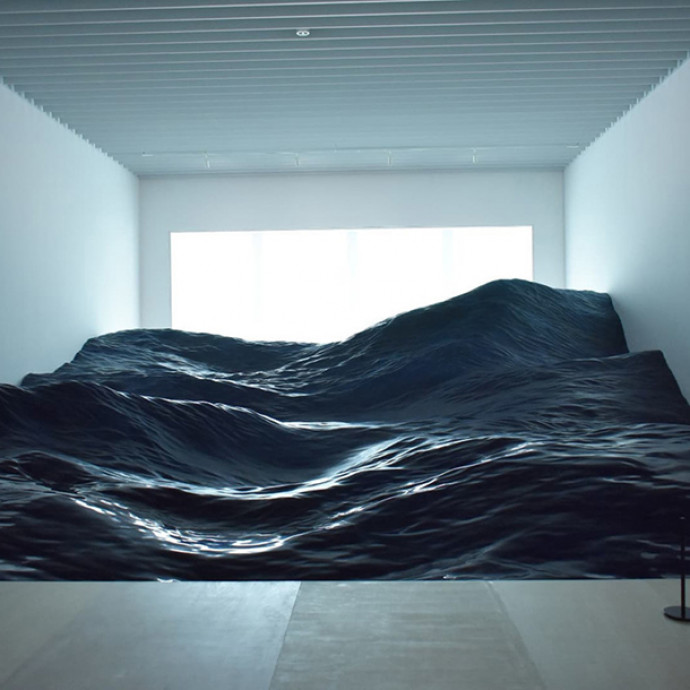 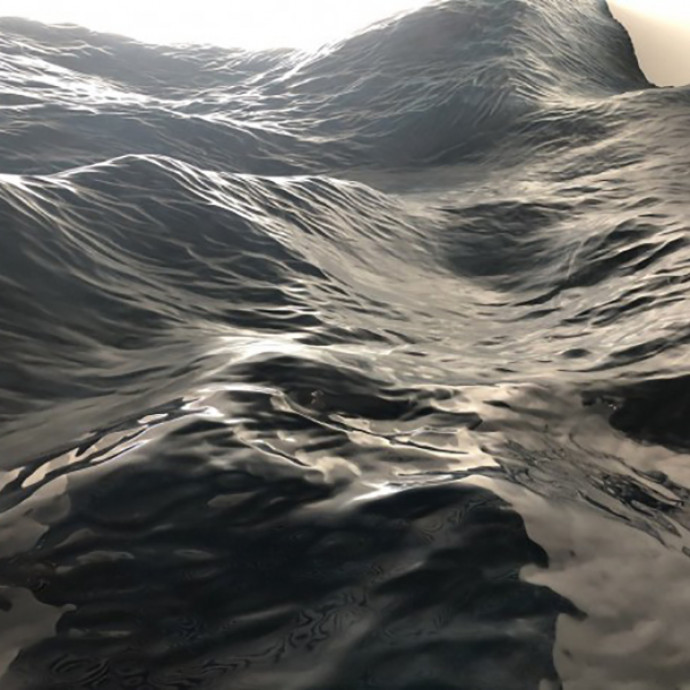 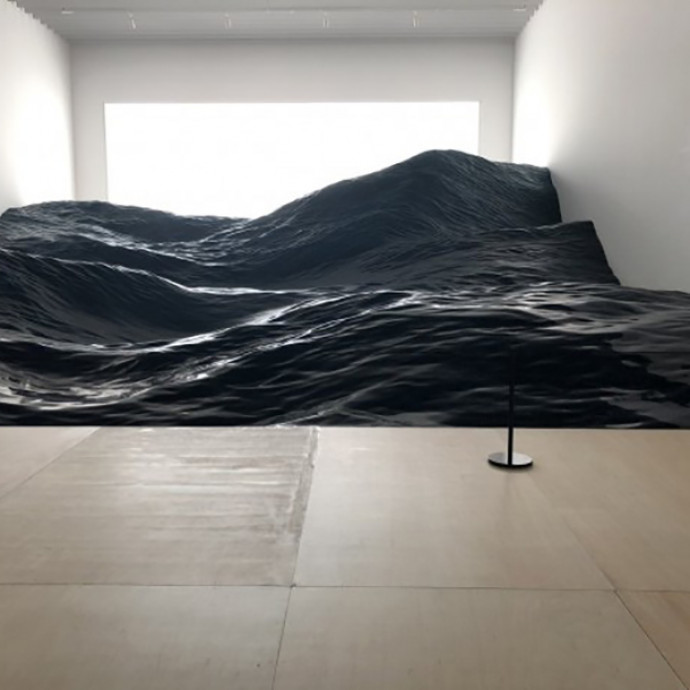 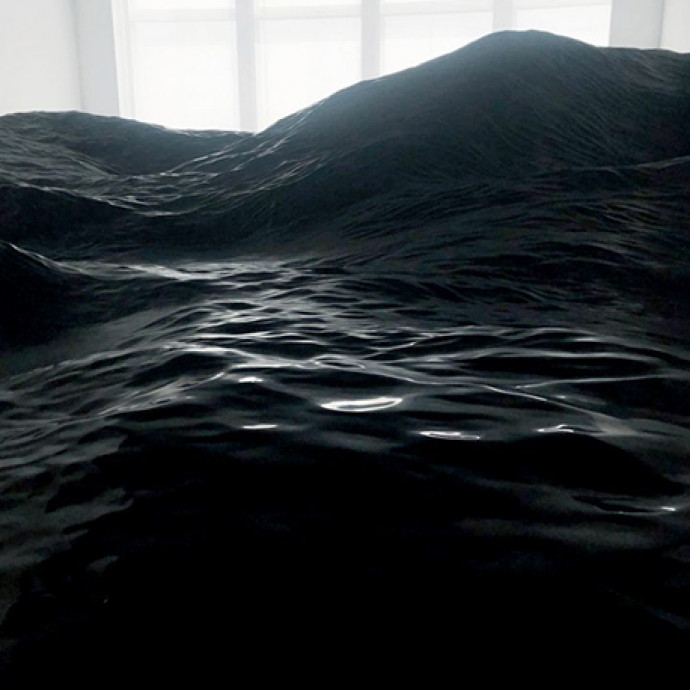