After the exhibition dedicated to John DeAndrea in June 2018, the Georges-Philippe and Nathalie Vallois gallery (6ème arrondissement) continues its study of American hyperrealism by presenting for the first time the hyperrealist works of the artist Robert Cottingham. Zoom on his almost photographic inventory of North American urban landscapes, Hollywood villas with details of urban architectures.

Until December 23, the retrospective "Fictions in the Space Between" celebrates artist Robert Cottingham. It provides a complete overview of the career of this major figure of American hyperrealism, an artistic movement born in the early 1970 in the United States.

The monographic exhibition is distributed between the two spaces of the Vallois gallery. While in the first, at 36 rue de Seine, is hung several oils on canvas and their preparatory studies - drawings and watercolors -, the second at 33 rue de Seine, presents a selection of his creations on paper. From 1969 to today, Californian villas with the latest everyday objects, the event pays tribute to the diversity of Robert Cottingham's hyper-realistic work.

Most notable are the architectural motifs that made it famous, especially the commercial signs that abound in the streets of North American cities. These luminous signs of various professions, symbols of the society of consumption and modern America, obsessed him. Robert Cottingham freezes them on the canvas or paper in the manner of a photographer on a negative. Their tight framing, their worked compositions, their bright colors and their streamlined graphics give them a very realistic dimension.
However, it would be wrong to think that Cottingham merely reproduces these urban fragments faithfully. He transforms them on the contrary to create a completely pictorial universe. In his oil on canvas catwalkFor example, the artist has fun with the word and its meaning: the podium sign is his concept. Between the drawing, the watercolor and the final painting, the painter puts a photographic as well as a poetic look on the urban decorations that saturate the everyday life of the townspeople.

A hanging that makes us nostalgic of a bygone era. 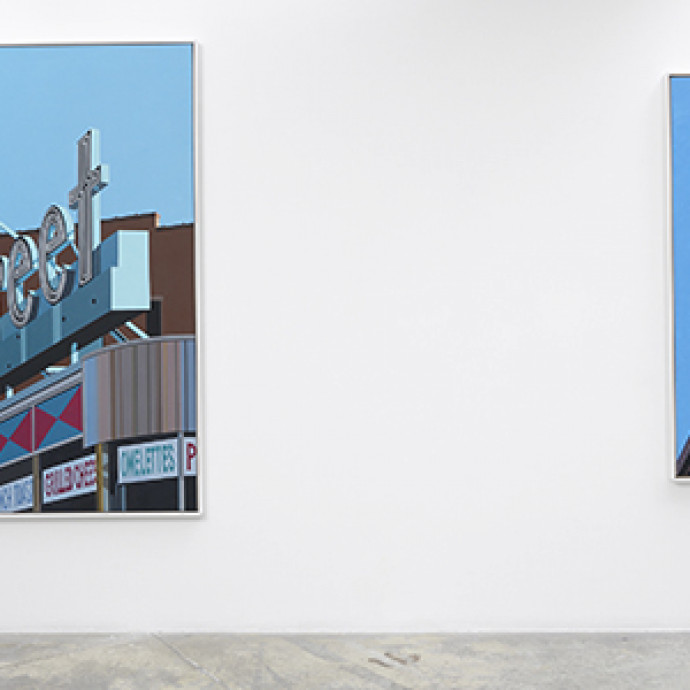 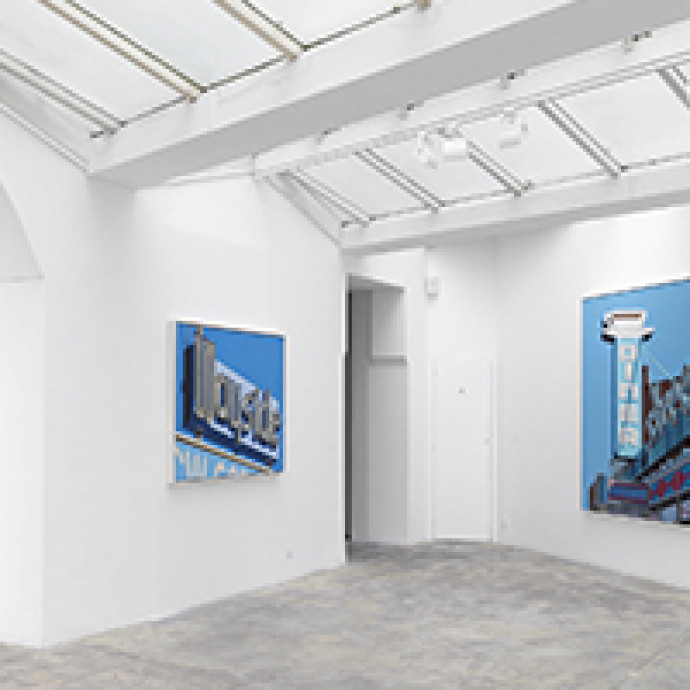 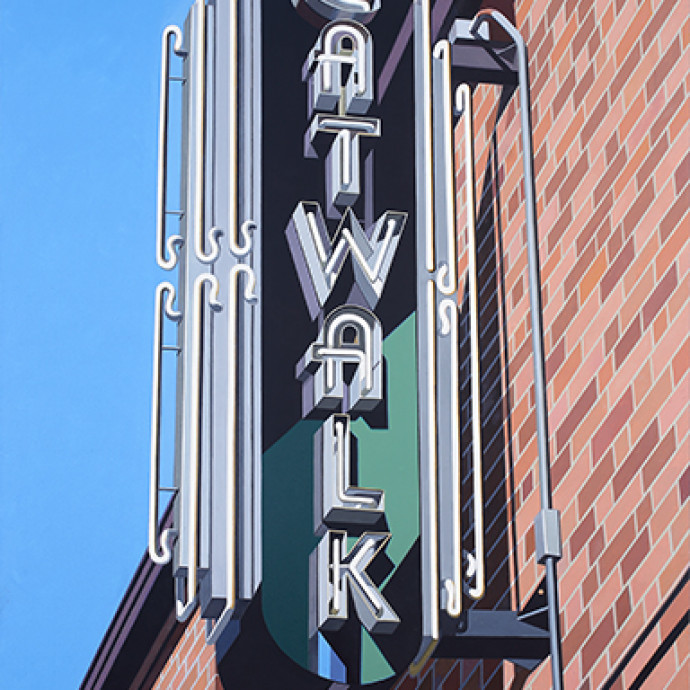 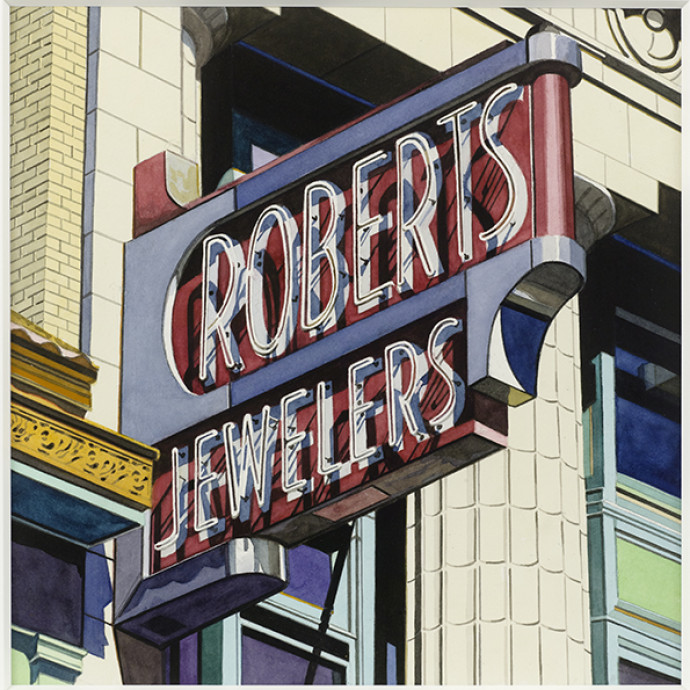 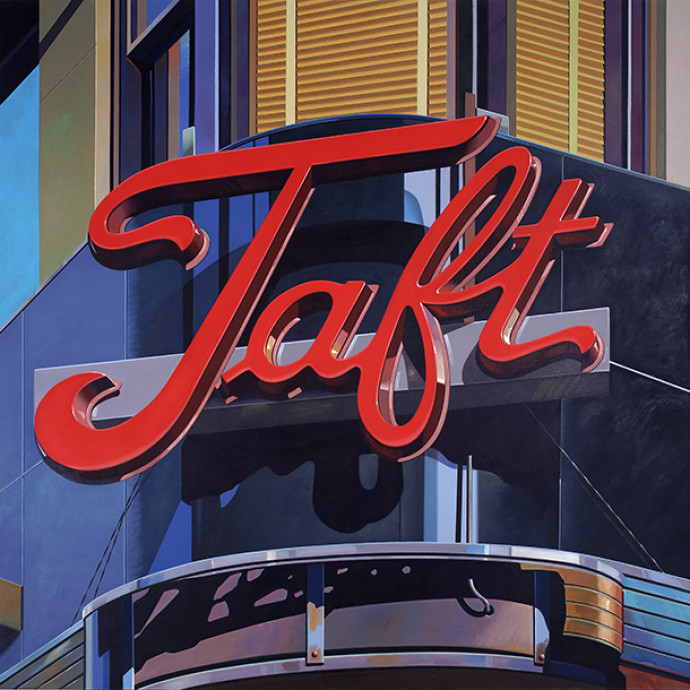 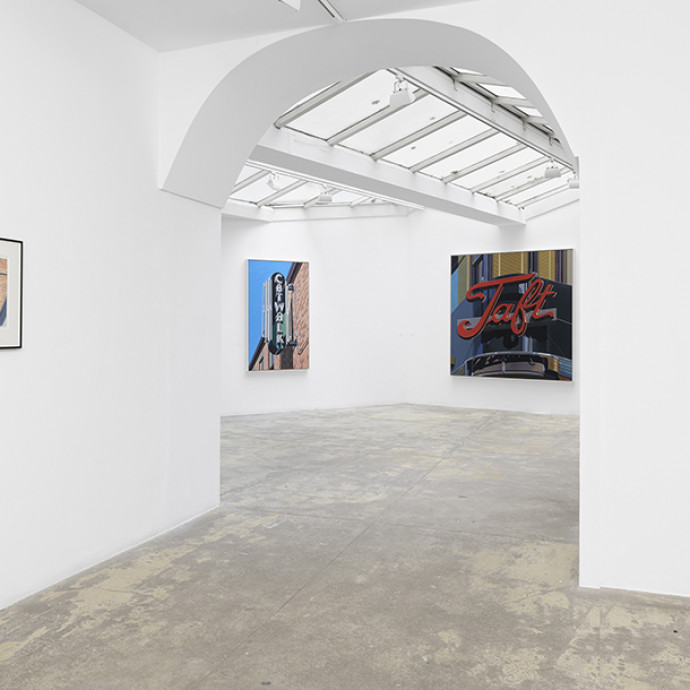 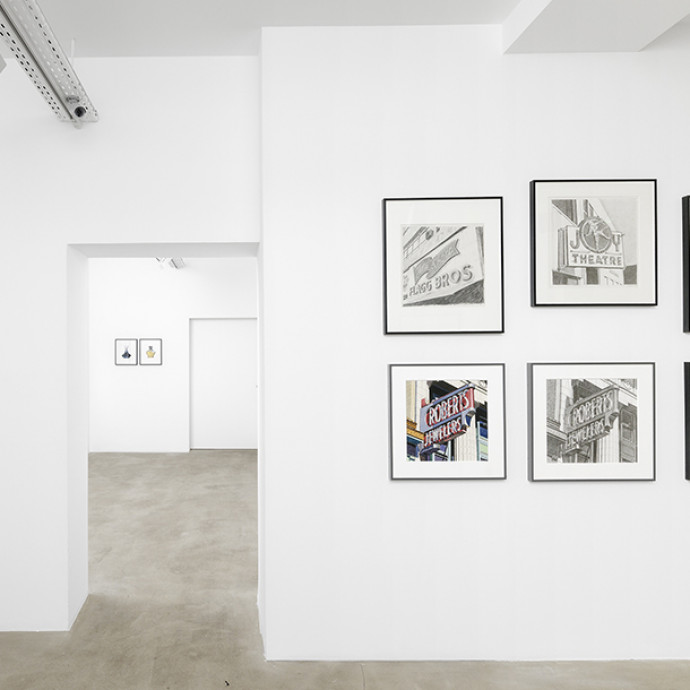