After two solo exhibitions, "Uma Historia de formas quebradas" and "7/7" at La Junqueria (Lisbon) in 2018 and "Soudure et Mayonnaise" at the Galerie Thomas Bernard (Paris) in 2020, it's time for the Palace from Tokyo to present the work of contemporary artist Kevin Rouillard in a new cultural event called "The Great Wall". At the same time sculptor and archaeologist of the present, Kevin Rouillard registers his artistic practice in an amazing recovery process. Zoom on a visual artist, who seems to question, with his large assemblages of materials, the artistic practice itself: how to create today in the light of the ecological crisis?

After graduating from the École nationale supérieure des beaux-arts de Paris in 2014, Kevin Rouillard (born in 1989) quickly found himself. In 2014, he was exhibited in several group exhibitions - "A couteaux tirés" at the Friche Belle de Mai, (Marseille) and "Empiristes" at Villa Emerige (Paris) in 2015 - or personal - "Collision" at the Chimney gallery (New York) and "Extract (sheet metal, shock) Barricade" at L'Assaut de la menuiserie (Saint-Etienne) in 2017. He also won the François de Hatvany Foundation Prize in 2015, then the SAM Art Prize in 2018 Today he lives and works in Marseille.

Contemporary sculptor, Kevin Rouillard develops a unique creative process: he creates large assemblies of monochrome sheets from collected objects such as cans, burnt or unfolded. These very visual metal panels evoke both the workers sector and the movement of goods in a globalized economy. The plastic artist tells the starting point of his work and his way of working with the material in these terms: “One day, my parents visited me in Marseille: they were looking for cans to send things to Cape Verde. […] These containers stayed for a while in the workshop. After their shipment, there is a whole chain of recycling of these containers organized. The container is dismantled to the point of entering into the composition of other objects or even architectural elements. The craftsmen cut, hammer, flatten the sheet metal in a way quite similar to what I do on my side. "

Far from collecting objects obsessively, Kevin Rouillard searches for them, recovers them, studies them and works them in the manner of artisan recyclers. During his creation process, the artist transforms them into colored flat surfaces and appropriates his finds. Objects thus metamorphosed are reinvented and unveiled in the eyes of spectators, while attesting, in hollow, to the omnipresence of objects in today's consumerist society.

With the exhibition “The Great Wall” organized as part of the first part of the Fragmenting the World season, Kevin Rouillard symbolically transcribes his own vision of Mexico through monumental metal assemblies in order to offer another level of contextual reading Mexican geopolitics. He indeed imagined the works presented at the Palais de Tokyo during a stay in Mexico, and therefore evokes with these works the United States-Mexico barrier. 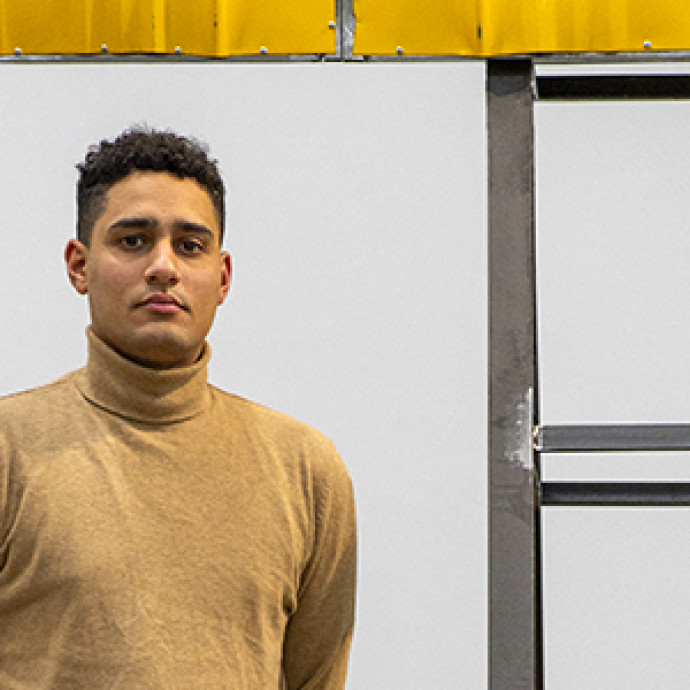 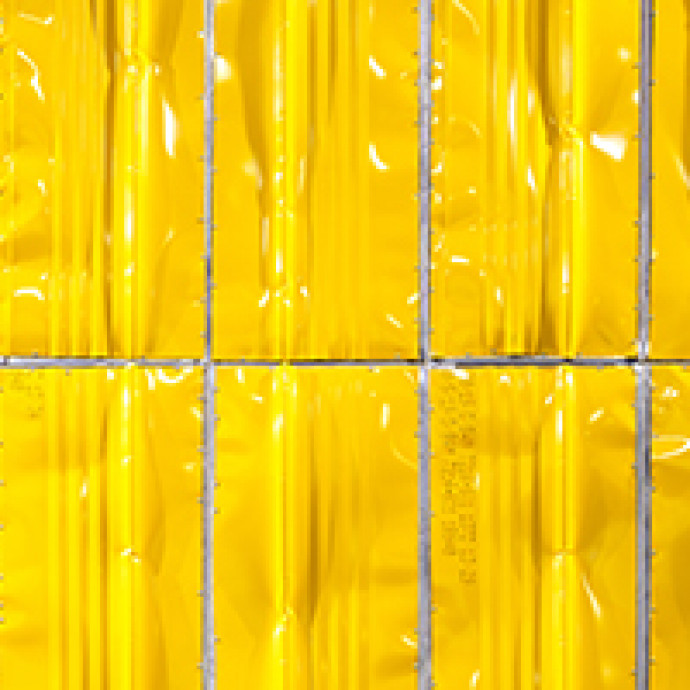 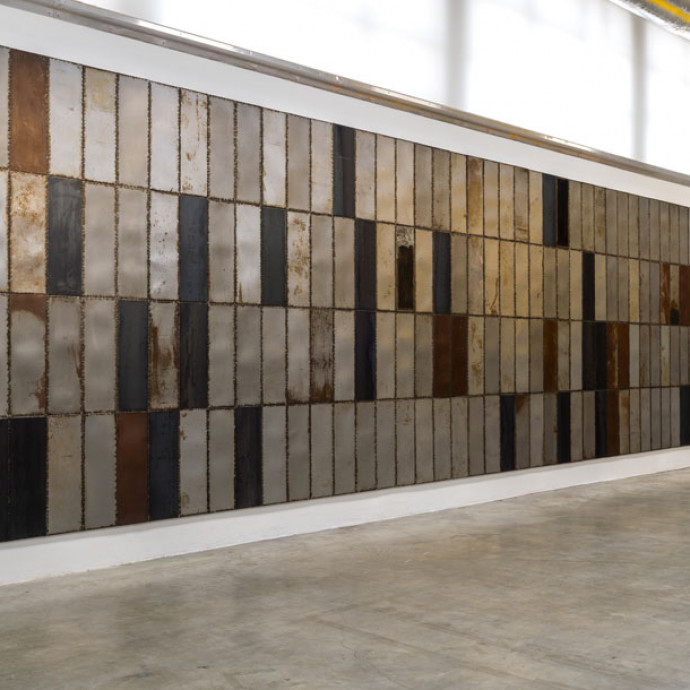 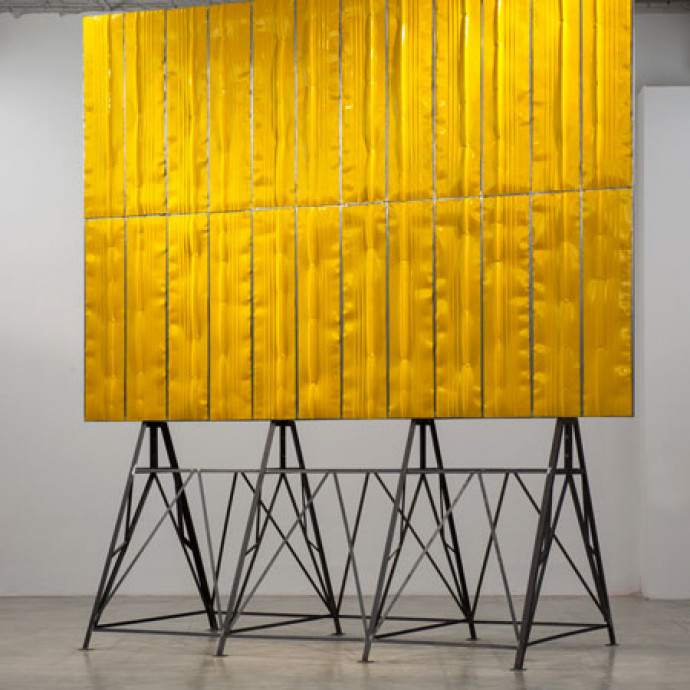 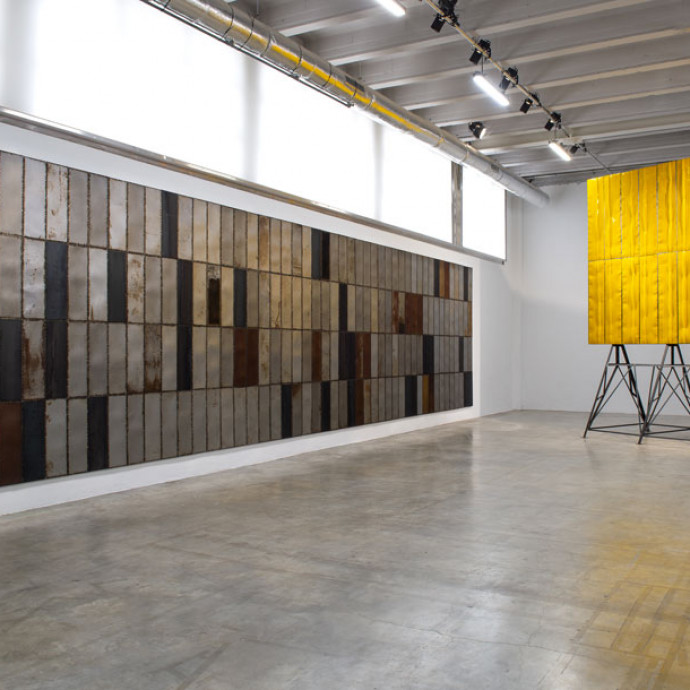 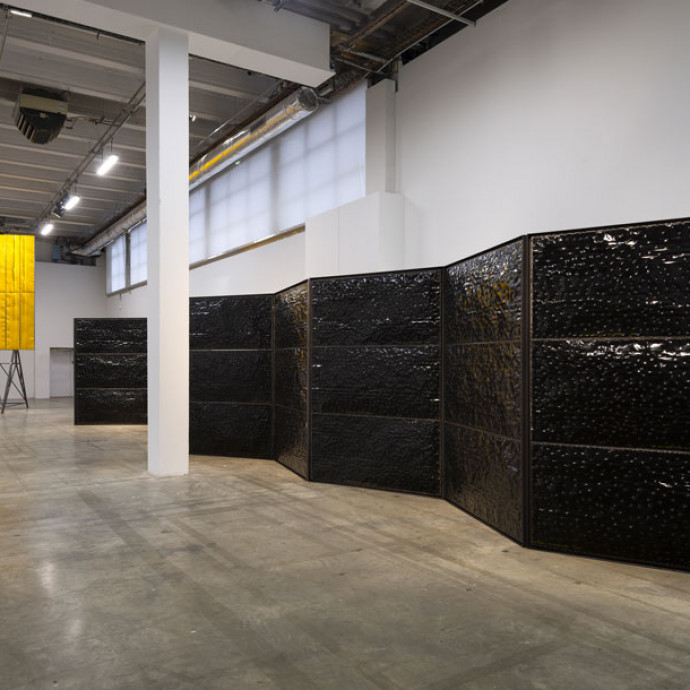 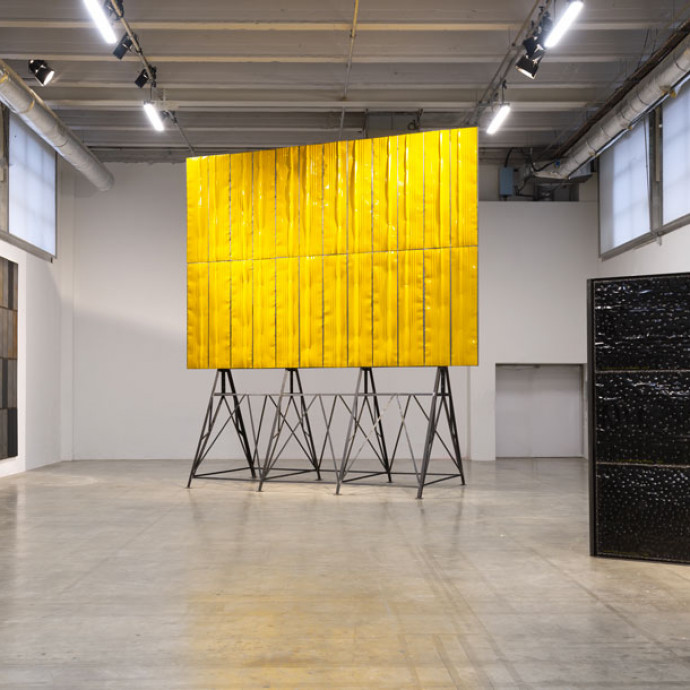