For more than 10 years, the French visual artist Ludovic Sauvage (born in 1985) has created immersive installations, manipulates images produced by others and draws his inspirations from a postmodern collective memory. While he was working on the preparation of his second solo exhibition at the Valeria Cetraro gallery, we met him in his Parisian workshop to talk about creation, installation and perception.

Muuuz: Can you tell us about your background?
Ludovic Sauvage: I came to creation through a practice of drawing, which then led me to an applied arts sector in high school. After having passed several entrance exams to schools of fine arts, I studied at the Regional School of Fine Arts in Valence, then at Villa Arson in Nice. At the ERBA in Valencia, I acquired a great deal of theoretical and conceptual knowledge, and I started to work with images. At Villa Arson, I continued my research on the deconstruction and the placing in space of images already produced. After graduation, I moved to Australia, where I lived and worked for nine months. In 2008, I returned to France to participate in the exhibition Trivial Abstract organized by Pascal Pinaud at the Nathalie Obadia gallery and at the Carrée gallery of the Villa Arson, and I moved to Paris.

You manipulate dated images: souvenir slides, analog archives, photographs taken from magazines or books. Sometimes you print them on fabric or mirrors. You also work in video and 3D, but above all you invent immersive installations equipped with projection devices. How would you define your artistic practice?
My work focuses on a personal practice of artistic installation. I seek to deconstruct images to produce sensations that carry a discourse on what is playing out before our eyes. The images chosen, appreciated by all, and particularly by spectators who have been immersed in the pop culture of postmodern society, question the relationships that we have with the images. With my installations, I intend to lead the spectator towards various elsewhere by playing or replaying this moment when the image requests its attention, its memory and its imagination. When I make objects, I also try to transcribe the impressions that images can give rise to, but then question the affective dimension of the objects.

In most of your works, you use images that you have not produced. Why ? How do you select them?
Very early in my studies, I started working with images taken by other operators. At the time, the production of new images balanced many practices that I did not want to explore. From the start of my career, I therefore naturally moved towards a practice related to sample. Limiting my creation process to a simple intervention on already existing images finally allowed me to start a more interesting dialogue with the outside world. I often come across images. I collect various images. Then, at some point, there is an interesting bundle of visuals being formed, and I want to exploit it. In Plein Soleil, for example, I put in space a series of slides, which were taken by an amateur photographer, but which speak to me because they show the landscapes of the south of France from my childhood.

Dance Archeology (Shapes) (2017), you are editing ten slides of works of art. With these images, are you looking to fit into a certain heritage of art history?
Dance Archeology (Shapes), I am not voluntarily entering into a legacy of art history, but I do not mind that viewers have this feeling. This set of ten souvenir slides, which was once sold to visitors to museums in Greece, joins my usual imagery. By modifying these slides linked to the memory of a visit, I sought to produce more minimal forms which ultimately echo a recent visual culture. The pictorial relation to the image interested me much more than the photographed works. I especially wanted to create a visual card game, but I can't deny its obvious dialogue with art history.

In your works where it is a question of landscape, you reflect on the relationships between image, space and time. What fascinates you about the representation of the landscape?
When I manipulate landscape images, I am mainly interested in projection, and in the dichotomy between the lived landscape and the perceived landscape. I have always liked the possibility of projecting myself into a fantasized elsewhere. The image of a landscape is always a point of view given on a place, and allows to embrace a space without having to experience it.

In the facilities Valleys (2010) et Plein Soleil (2014), you project images, and immerse the viewer in a visual and immersive experience. What reactions do you want to provoke in him?
I try to seduce the spectator while making him doubt. I try, on the one hand, to captivate him, and, on the other hand, to push him to wonder about this seduction. My relationship with the spectator is therefore ambivalent. In Valleys, two landscapes are projected in the same place, but from two separate projection sources. By adding light, the landscapes blend perfectly. The result is a landscape that seems completely real. If the spectator passes in front of one or other of the projection sources, he can erase an image and discover a new one. Here, my artistic gesture consisted in choosing the visuals, putting them in space and projecting them in the same place. For Plein Soleil, I punched 81 analog slides. In each image, a white circle now replaces the main subject. In these two projection devices, I used the loop, and I thought of the context in which my works would be presented. Likewise, in Two Deserts, thirty different sequences of one minute follow each other. As Philippe Parreno explains in Speech Bubbles, the buckle is a very suitable form for exposure. In my installations, I try to captivate the viewer with immersive devices, which can be experienced according to different temporalities left to the choice of everyone.

From 04 to 25 July, you will be exhibited at the Valeria Cetraro gallery. What will be the challenges of this personal exhibition?
Vivid Angst & Colorful Doubts is my second solo exhibition at the Valeria Cetraro gallery. For the first time, I will only show objects. Among the pieces that will be presented at the gallery, some were produced during a previous exhibition, which was held at Bains-douches in Alençon in 2019. The others are new objects, which are linked to the architecture and design, and sometimes inspired by the fictitious space of the bathroom, a classic of the B series and horror films. In all the rooms, I work on the image and I use in particular photographs dating from the 1960s and 1970s. One of the challenges of the exhibition will be to see how these objects will resonate autonomously with space.

To learn more, visit Ludovic Sauvage's website and that of the Valeria Cetraro gallery.

Visuals: © Courtesy of the artist and of the Valeria Cetraro gallery 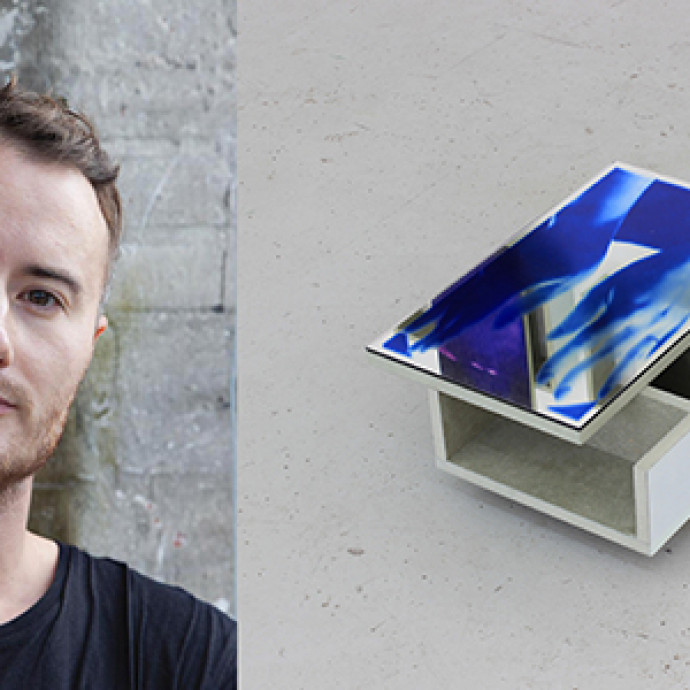 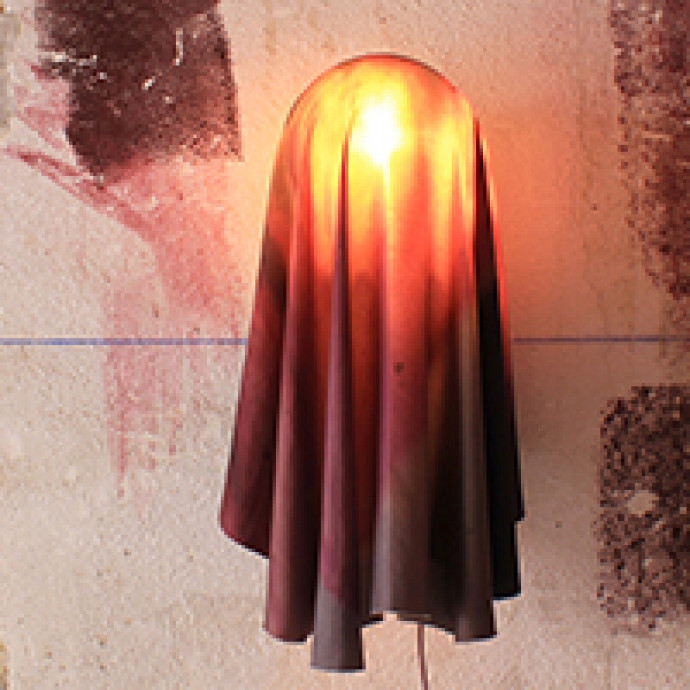 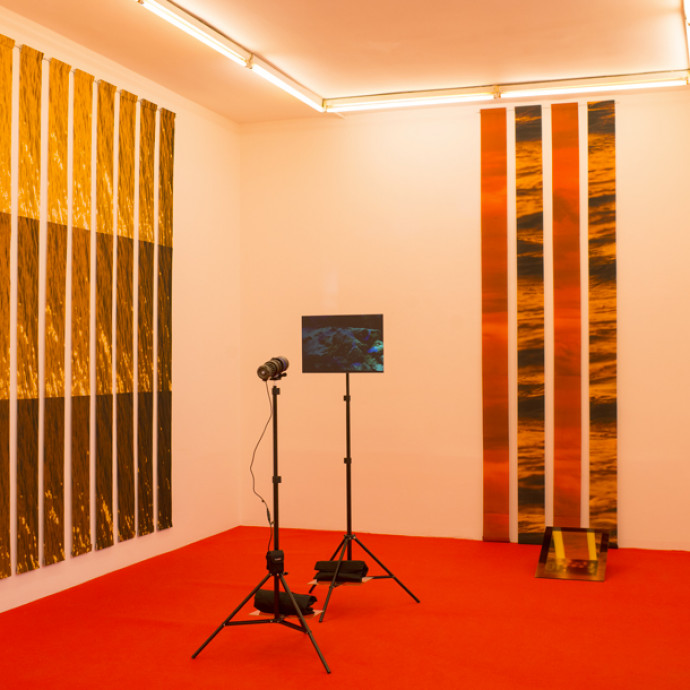 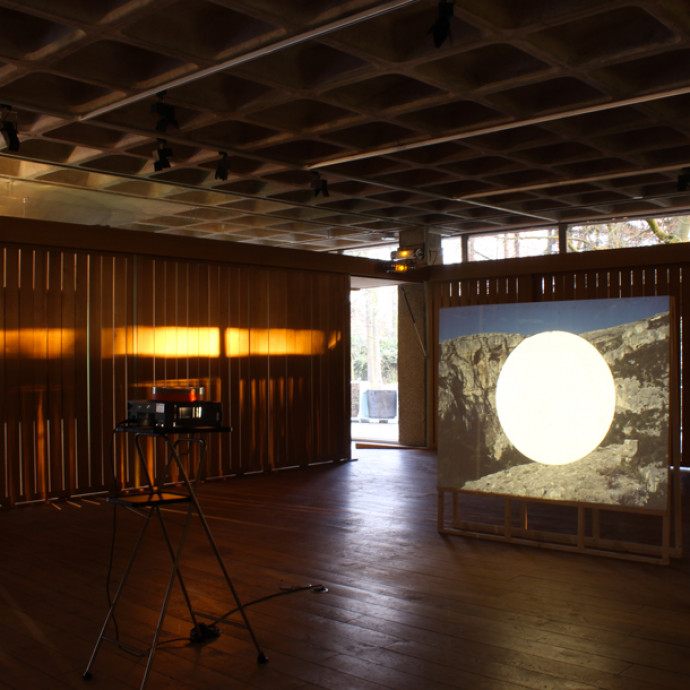 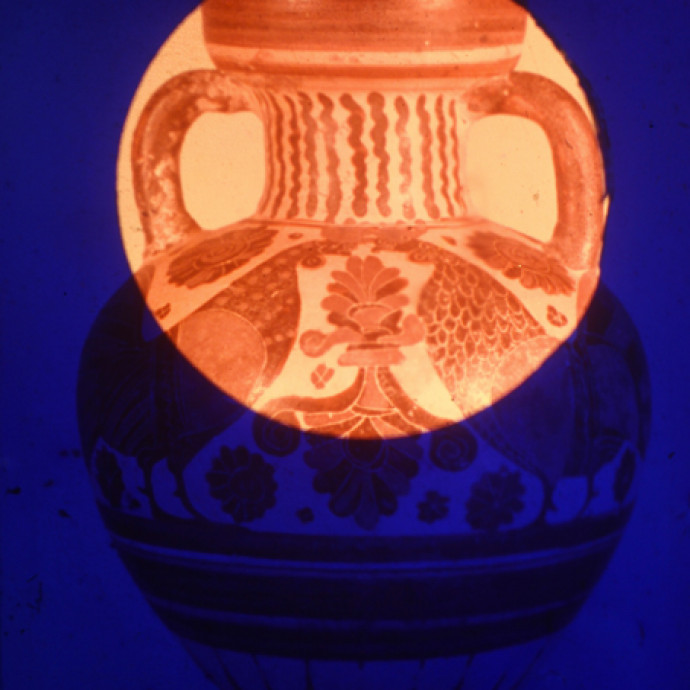 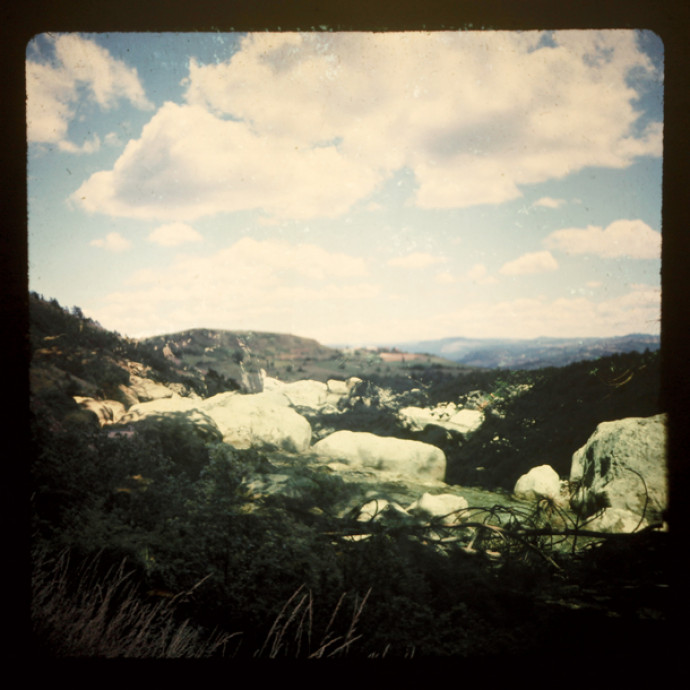 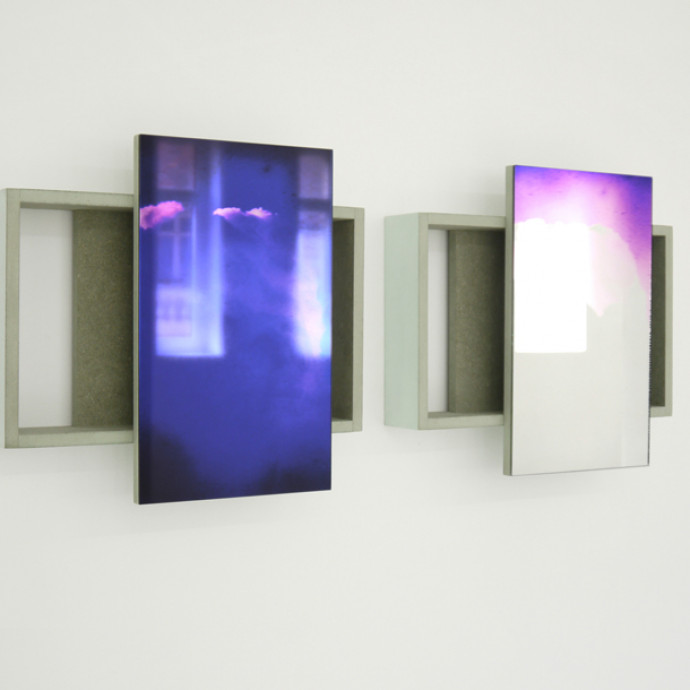