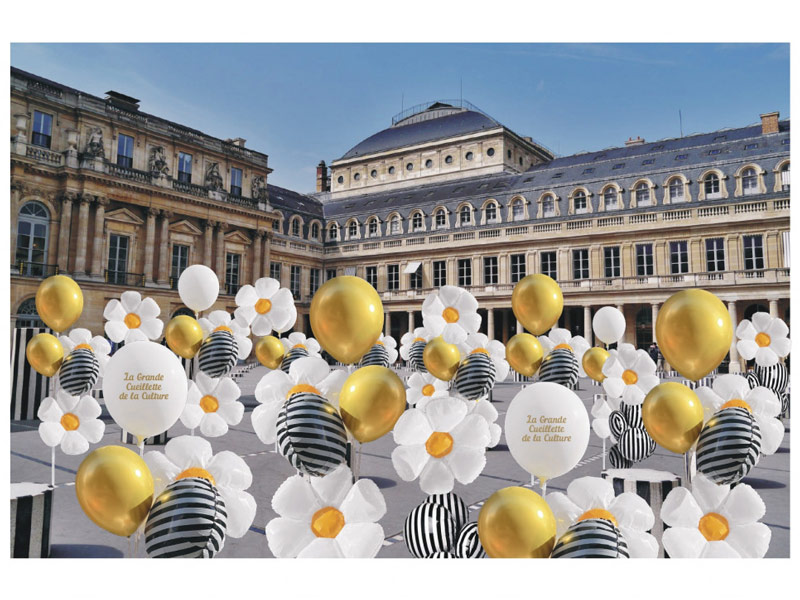 After two years of pandemic, which resulted in the cancellation of many events, culture is finally making a comeback in France.

On Sunday July 3, the Culture and the City association, which celebrates its 10th anniversary this year and has published since 2014 the magazine Arts in the City, organizes La Grande Cueillette de la Culture at the Palais-Royal.

A breathtaking setting for this highly symbolic and completely free event! The concept is simple: a huge garden of more than 3000 balloons floating in the heart of the columns of Buren, each balloon giving access to a precious cultural gift.

At the foot of the Ministry of Culture, in the heart of the mythical columns of Buren, it is a field of sensational flowers that will welcome participants in La Grande Cueillette de la Culture.

A floating and ephemeral forest, with a hypnotizing character, made up of more than 3000 daisies and other colored spheres, all made using inflatable balloons. This giant bouquet is a spectacle in itself, with its streaks that echo the artist's signature stripes.

Its striking beauty is also disturbing: the black and white bands merge with each other, creating an optical illusion that invites contemplation.

Each balloon will carry a marvelous and mysterious gift: an exhibition ticket, a play, an invitation to a cabaret, entry to a monument, etc.

All participants and culture lovers will be able to leave with stars in their eyes since all tickets will be winners. 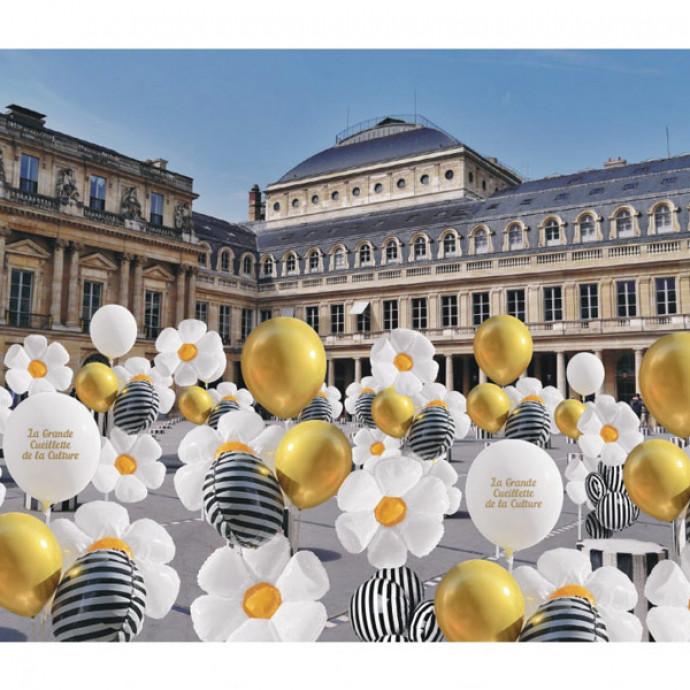