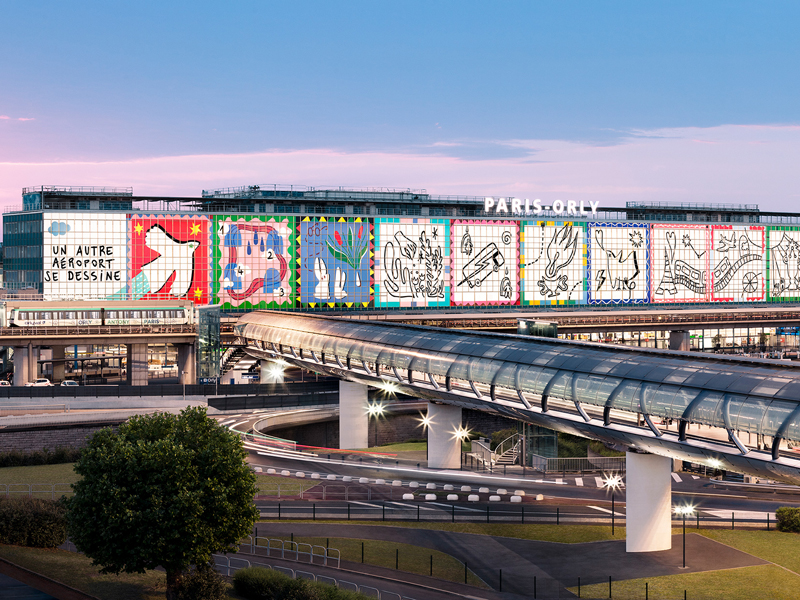 Communication through evidence. Such is the creed of the new living fresco which is displayed on the 3m² of the ORLY 375 facade. Its originality lies in its evolving nature: deliberately unfinished on the day of its installation, it will take on color over the actions initiated by the airport to decarbonize its activities and preserve biodiversity. The stated objective is ambitious: carbon neutrality by 4.

This original fresco was born from the reflections of a duo of two young French artists called "Pangea". For this project, Laëtitia Rouget and Colombine Jubert merged their visions to imagine a poetic and borderless future. The first is a painter and ceramist, the second is a stylist and creative director. Together, they fight for optimism by creating a hybrid utopia mixing art, fashion and performance.

The objective of this evolving work is to highlight what has already been accomplished at Paris-Orly airport but also, and this is the main thing, to present the unprecedented, new, over the months and years, until 2025. 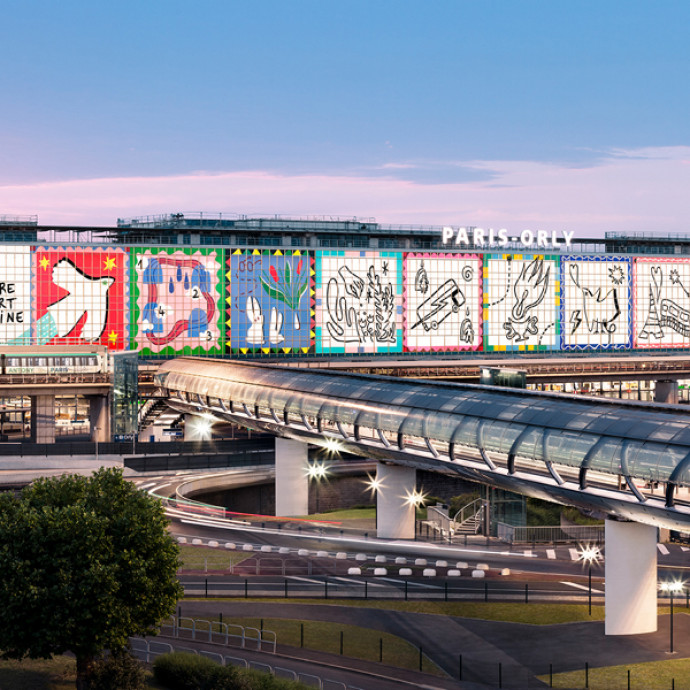