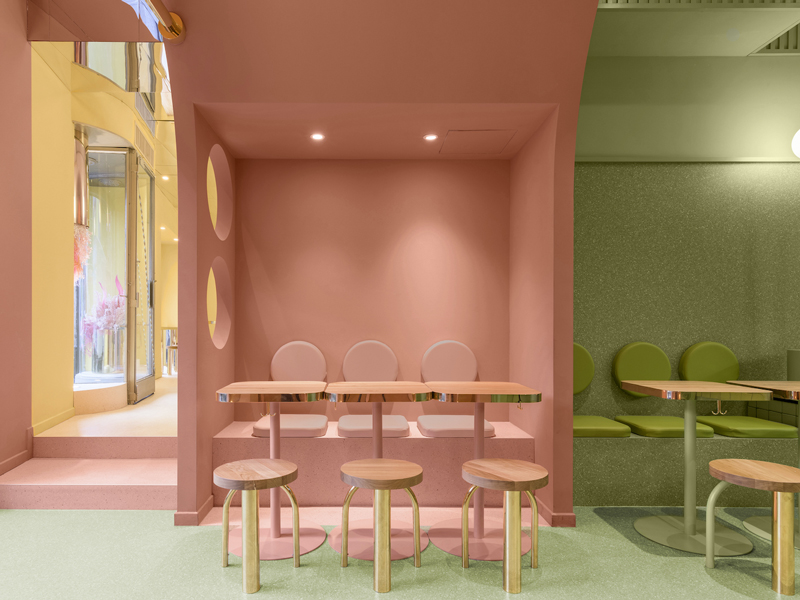 Here is a new project signed Masquespacio for an Italian Hamburger chain. Located in the Brera district, the design of the space seeks to incorporate a more sophisticated style for the restaurant's new interior identity.

Unlike previous Bun interiors, the new space here uses four colors. This time the palette is a little less flashy to give it a more mature look and to suit the historic neighborhood where the new Bun is located.

The space also picks up on other elements already seen in Bun's interiors, such as arches with benches on an upper level, as well as chain furniture and lighting. A seemingly unattractive space at the far end of the venue has been opened to the public and is being converted into a reimagining of the pool concept. It is a place of discovery where a mirror effect recreates the feeling of being surrounded by waves.

The use of dry plants helped add an innovative touch to the space, which fits in perfectly with the more mature look that has been pre-tensioned to be relevant to the project.

With this new project, Masquespacio has now designed 6 interiors for Bun, including the recently opened restaurants in Via Calindri 2 and Via Spallanzani 16 (both in Milan), as well as a new space in the Lingotto shopping center in Turin. 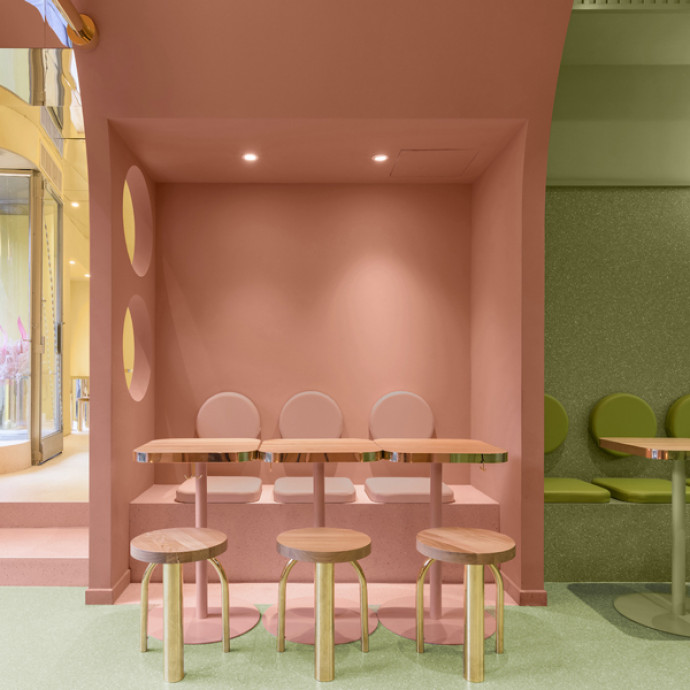 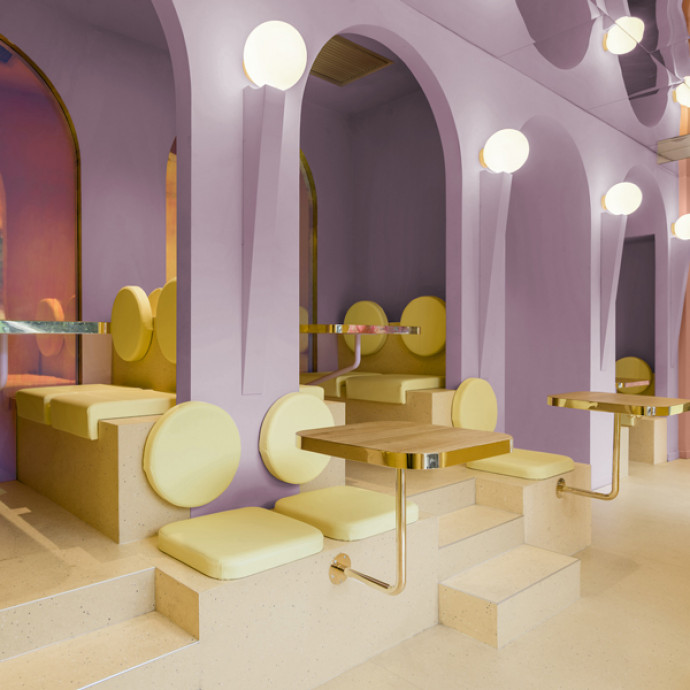 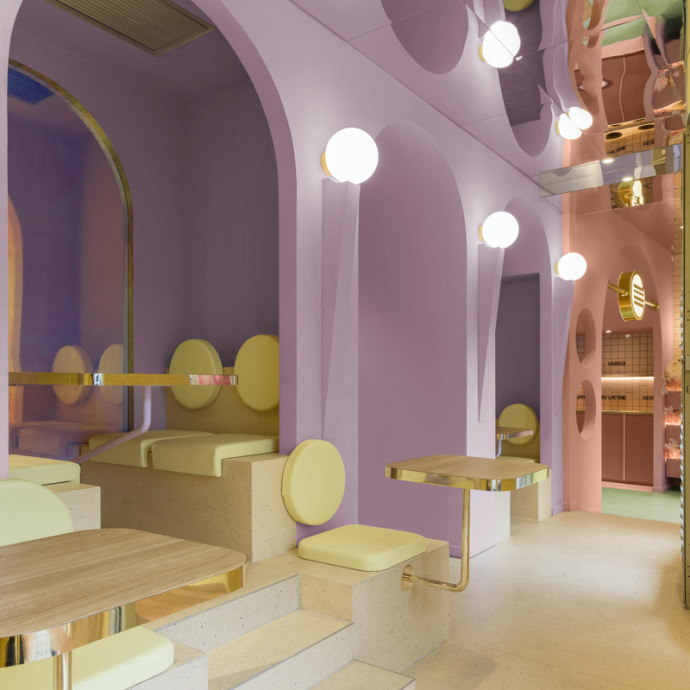 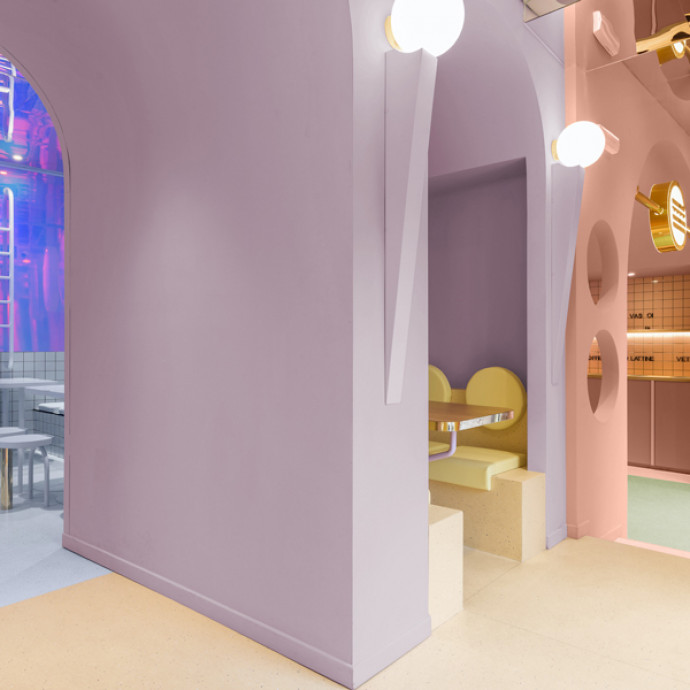 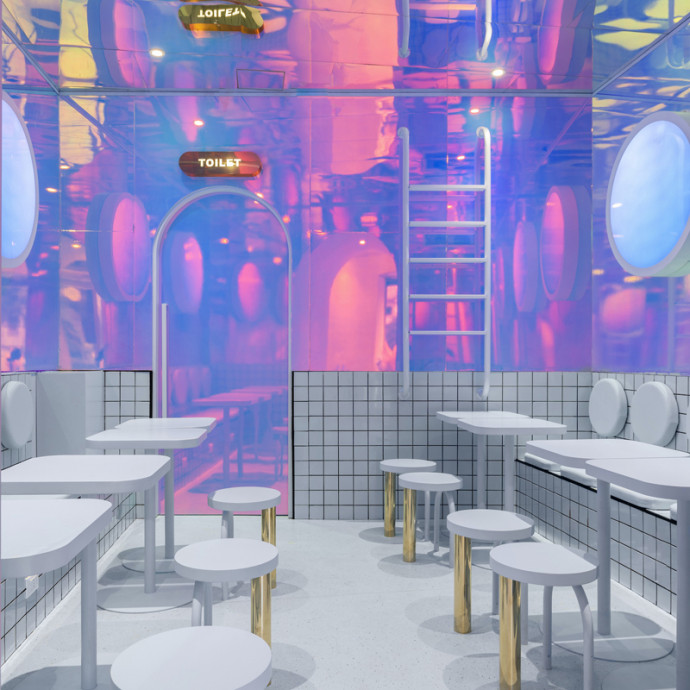