On the occasion of the Gau Zuria (White Night) Festival, which took place from June 17 to 18 in Bilbao, 28 installations transformed the urban landscape of the Basque capital which was celebrating its 722nd anniversary.

Cuerpo Gris (Grey Body), is a site-specific intervention that massively invades the cloister of the former Convent of the Incarnation. In just a few minutes, an imposing volume of organic forms unfolds, colonizing in its path a large expanse of the interior garden dating from the XNUMXth century. Faced with the split rhythm of the galleries, and the structural rigidity of its arcades, the installation is stripped bare under a continuous, sinuous and ductile body.

This dormant organism, however, radically alters the serene image of the cloister. The Gray Body thus extends over the surface, crawling between the different elements housed in the Garden, to concentrate its tension on the water lily fountain, a symbolic and central piece of the composition. Structured along the major axes of the patio, the body is made up of 3 tangent shreds of variable diameter, more than 120m in length, reaching 6m in height. Following a meticulous analysis of the place, and a craftsmanship of its patronage, Cuerpo Gris adapts to the topography of the cloister, welding itself to the ground to tie itself to the boxwood bushes, and to the century-old olive tree by constriction.

The paths and the side cavities allow only a fragmented vision of the place to escape, playing with the visits: sometimes to envelop them or to embrace them in spaces of intimacy, other times to seem to repress them, or even pierce. A monstrous body that closes in on us and isolates our gaze. A monumental appearance that confronts the scale of the human body with that of an enigmatic presence that is never fully revealed.

Martillo Neumático is a young collective focused on site-specific ephemeral interventions of a monumental nature. Their works appear suddenly to alter the daily life of public spaces.

In 2019 their project Eclipse was presented as winner of the Insolit Festival in Palma de Mallorca and in 2020 their installation Desplome (Collapse) exhibited a counter-monument inside the ruins of the ancient Church of Sorrows, as part of the Tortosa Festival, A Cel Obert. 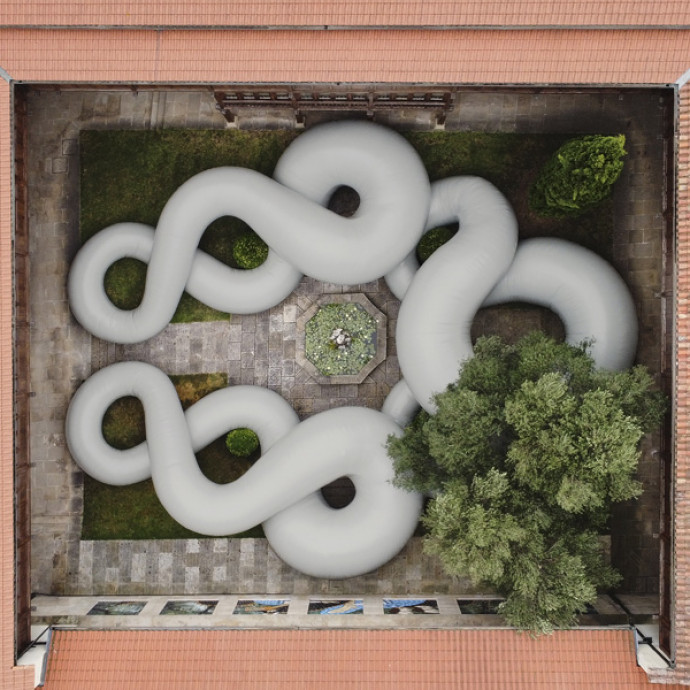 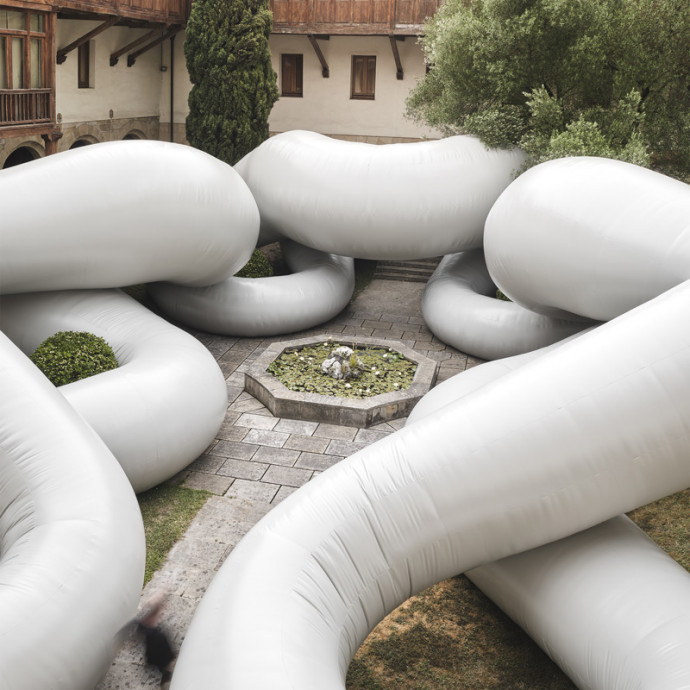 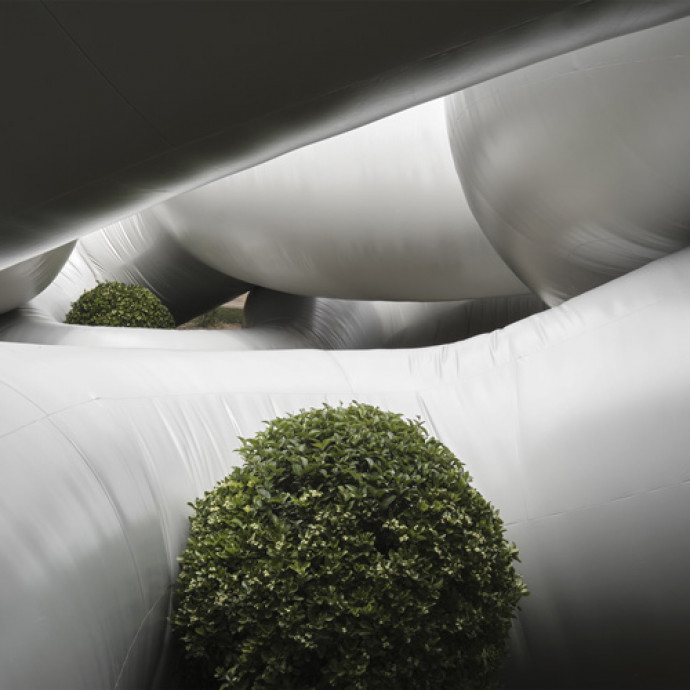 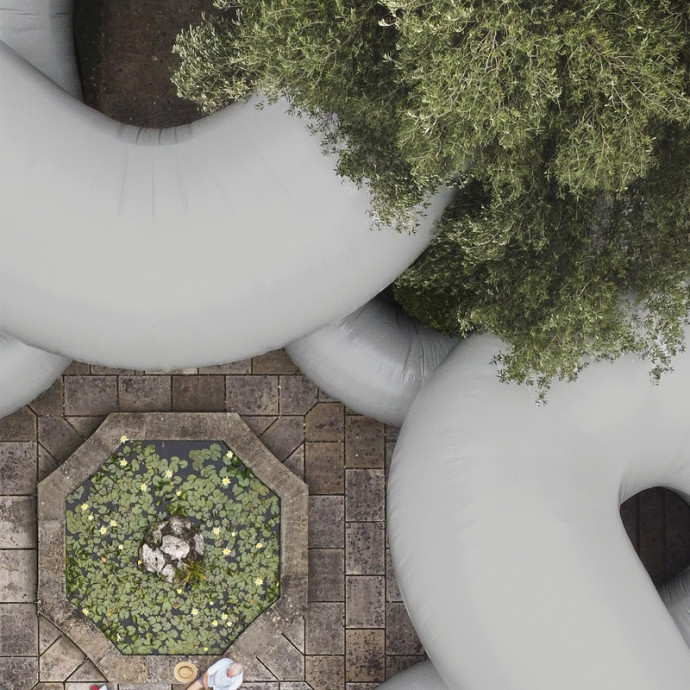 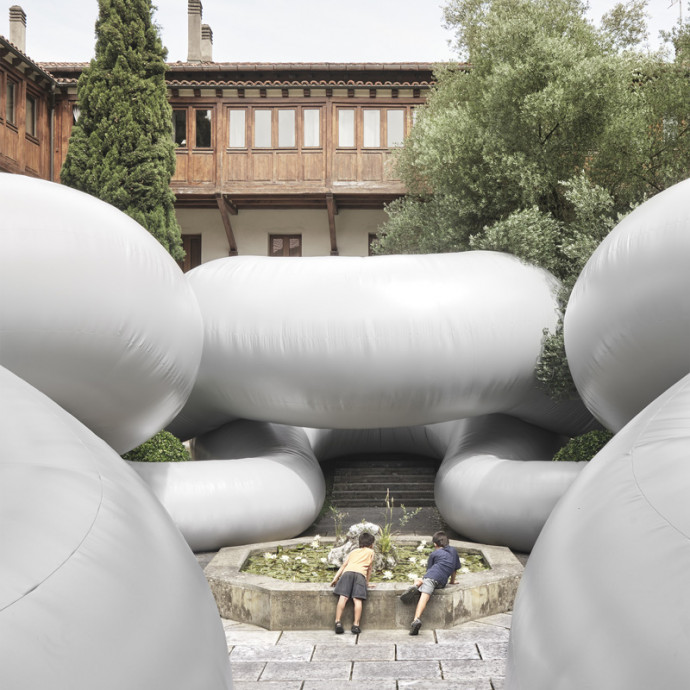 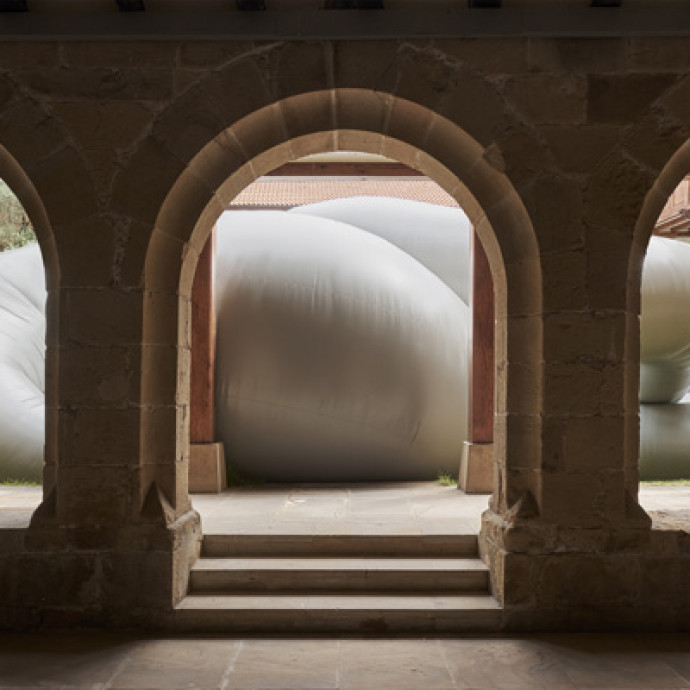