Until next January 12, the MAD - former museum of decorative arts - pays tribute to the most dandy maharajah: Yeshwant Rao Holkar II. In love with European modernity, this esthete from Indore is at the origin of the construction of the Manik Bagh Palace, the first modernist building in the region. When oriental refinement meets the avant-garde of the Old Continent.

When he was a young teenager, Yeshwant Rao Holkar II (1908-1961) was sent to England to study at the prestigious Oxford Institution. A new world opens up to him and he is notably introduced into European cultural spheres via Dr. Marcel Hardy, who will become one of his mentors. Passionate about the avant-garde artistic, literary and architectural, he will become friends with great names in creation such as the Berlin architect Eckart Muthesius or the writer Henri-Pierre Roché.

Back in Indore, a crazy idea comes to the young maharajah: erecting the first modern palace in the Madhya Pradesh region. A company he entrusted to Muthesius who will be responsible for transforming the foundations of an existing building into a new private residence of the prince and his wife, Sanyogita Devi.
Resolutely anchored in modernity, the Palace Manik Bagh introduces many innovative materials in its layout, such as metal, imitation leather and colored glass. Furniture side, the cream of the cream of the designers of the time people many rooms of the house. We find for example the Transat from Eileen Gray, the metal and glass beds by Louis Sognot and Charlotte Alix, the chaise longue by Le Corbusier and Charlotte Perriand, and the huge colored carpets by Ivan Da Silva Bruhns. An anthology of seating, tables or tapestries that is presented under the nave of MAD in a scenography recreating parts of the palace. Art lover, the Maharajah also possessed a Bird of the famous Romanian sculptor Constentin Brancusi, here presented in the central aisle.

The exhibition also includes many portraits of the royal couple, immortalized by Man Ray or Bernard Boutet de Monvel, whether in Western outfits at the forefront of fashion or in traditional dress with many gilding. The opportunity to dive into the glamorous universe of a couple of aesthetes, having largely contributed to import the European creation in South Asia.

An ode to modernism! 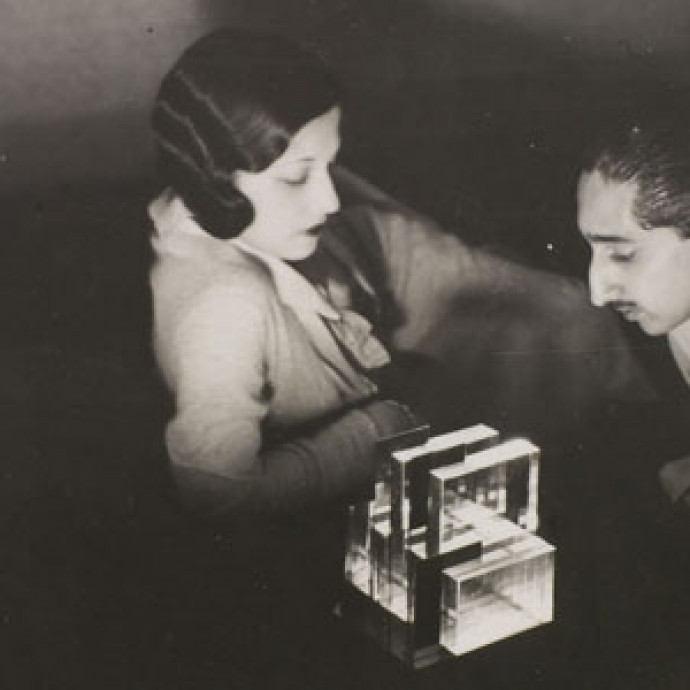 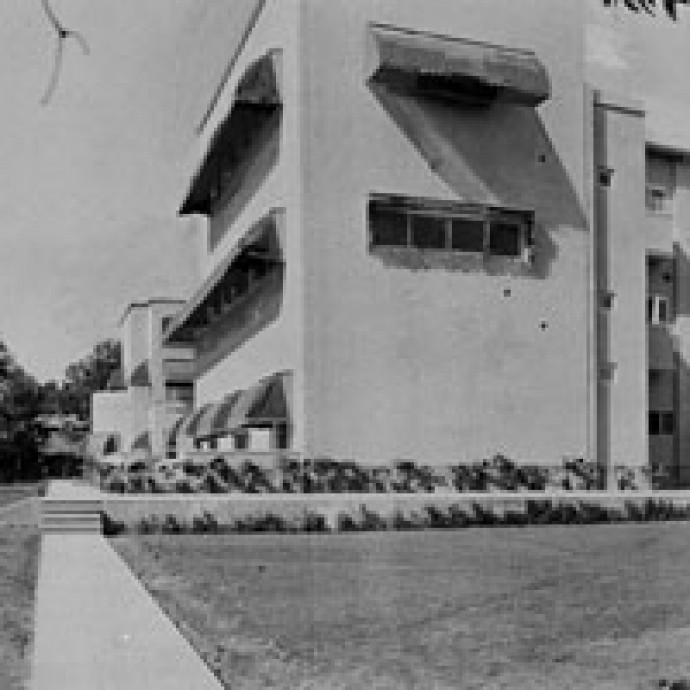 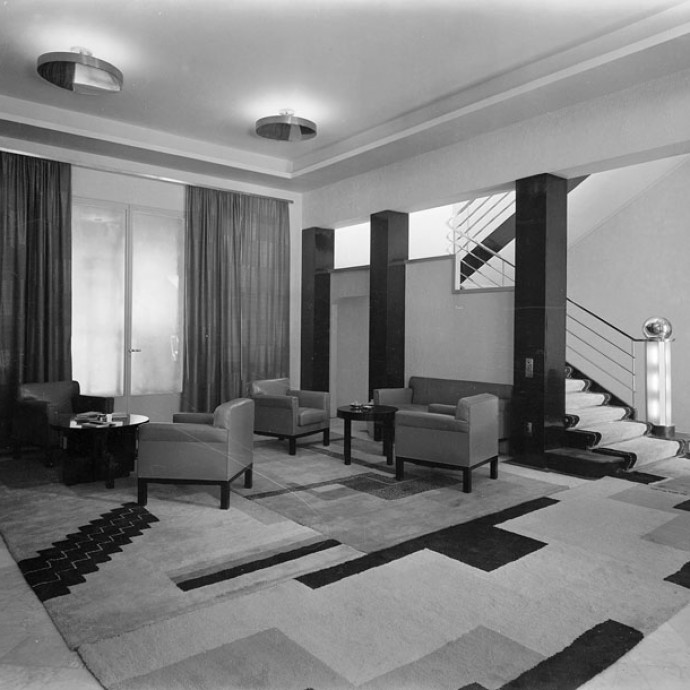 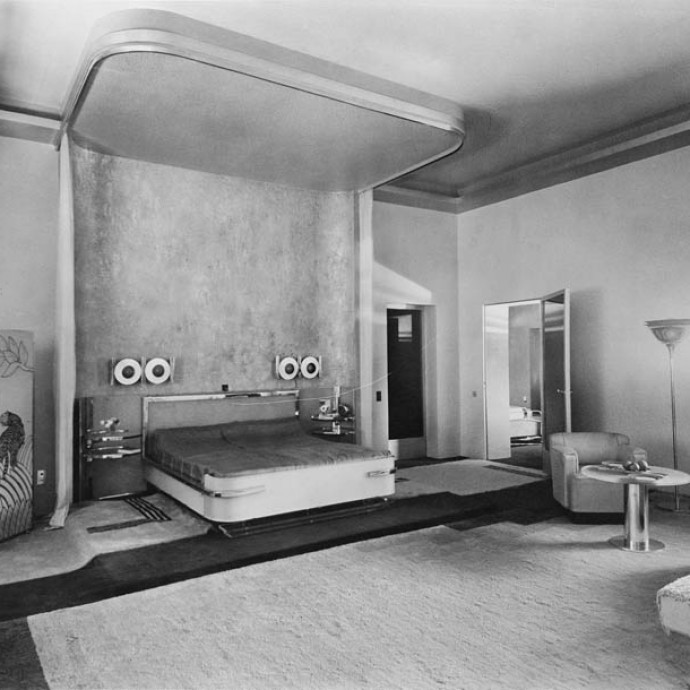 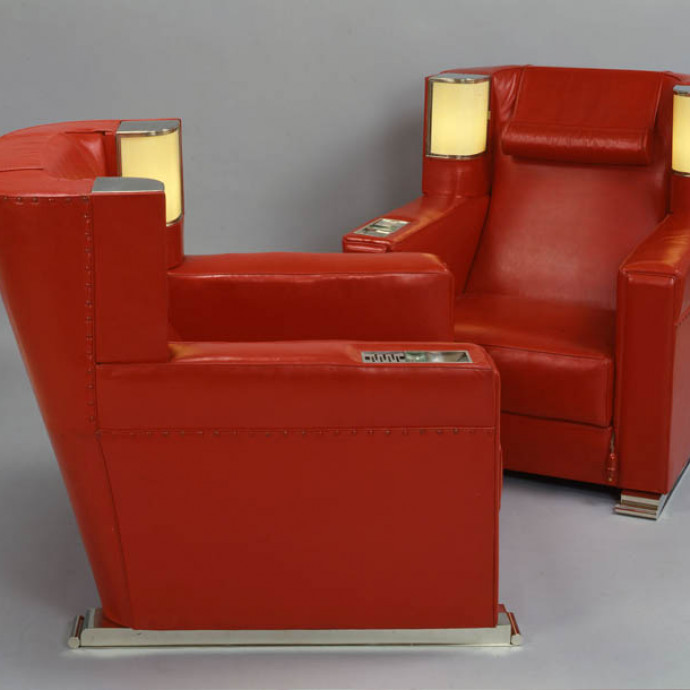 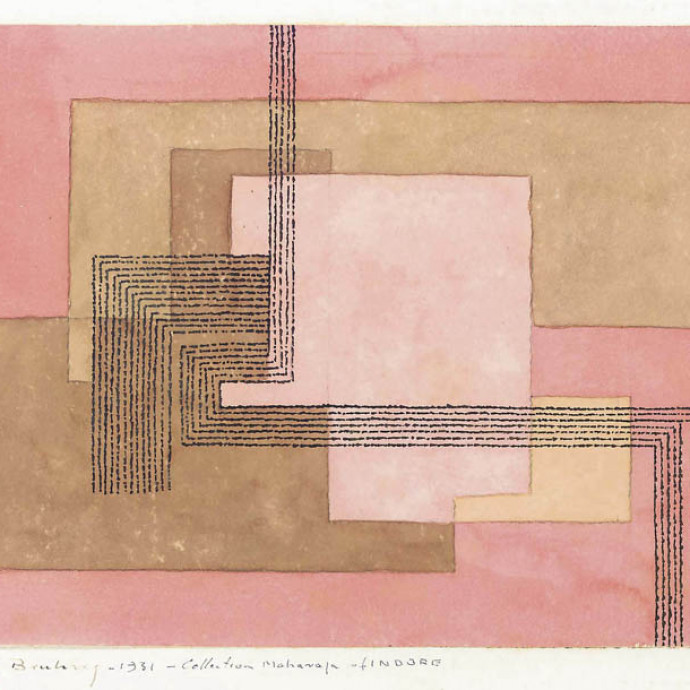 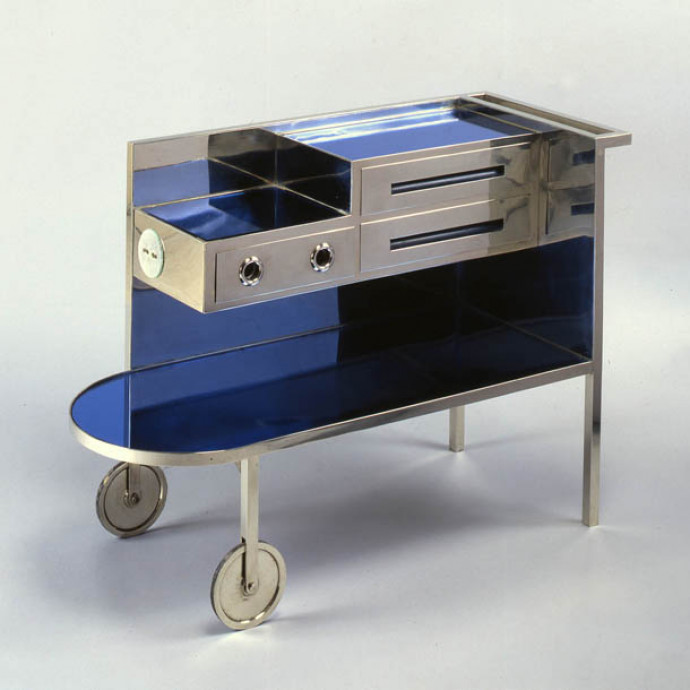 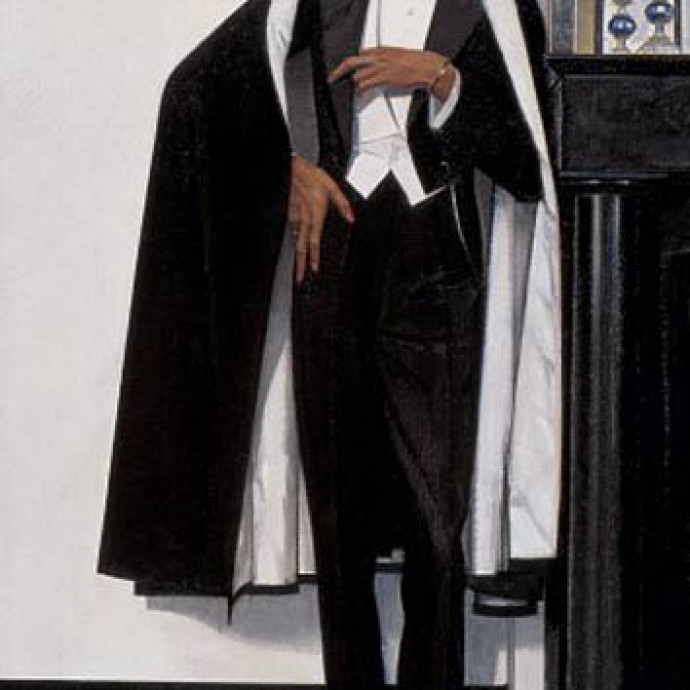 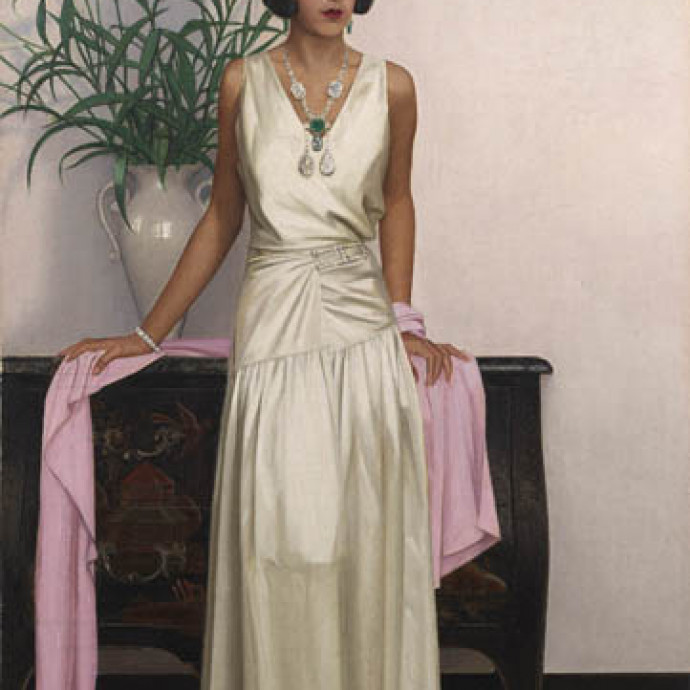