A few months after the inauguration of its first Parisian branch (3rd arrondissement), the New York gallery David Zwirner pays tribute to the American visual artist Dan Flavin. For its second exhibition, the Espace du Marais reveals ten light installations that have forged the international renown of this major figure of minimalism.

Known for his sculptural works made up of fluorescent and colorful tubular lights, Dan Flavin is a contemporary plastic artist affiliated with American minimalist art. From 1963, the year in which he produced the famous Diagonal of May 25, 1963 (to Constantin Brancusi), until his death in 1996, Dan Flavin developed a singular artistic vocabulary from fluorescent neon lights bought in stores. Playing on the brightness of the industrial lamps used, the artist, to whom we notably owe the contemporary interior of the Milanese church of Santa Maria Annunciata (Italy), constructs "situations", bright and colorful, sometimes imprints of transcendence , sometimes referenced, which always resonate with the architectures in which they are inserted.

After a major retrospective at the Museum of Modern Art (16th arrondissement) in 2006, David Zwirner is organizing the second monographic exhibition dedicated to Dan Flavin in the French capital. Circular lamps, assembled neon lights, light compositions hanging on the wall, fluorescent frames ... the gallery exhibits ten masterpieces, produced between 1964 and 1987, which attest to the richness of his work.

Well aware of the spatial nature of Dan Flavin's light installations, the gallery explores the logic of each work, its overall reasoning and the way in which it can interact with its environment. A particularly visible dimension in the hanging of the series Untitled (for Frederika and Ian) 1–4 (1987), a set of four almost similar works, all oriented diagonally, but whose colors and intensities vary. Until February 20, 2020, the exhibition thus emphasizes what is played out between space, work and spectator in the work of Dan Flavin. 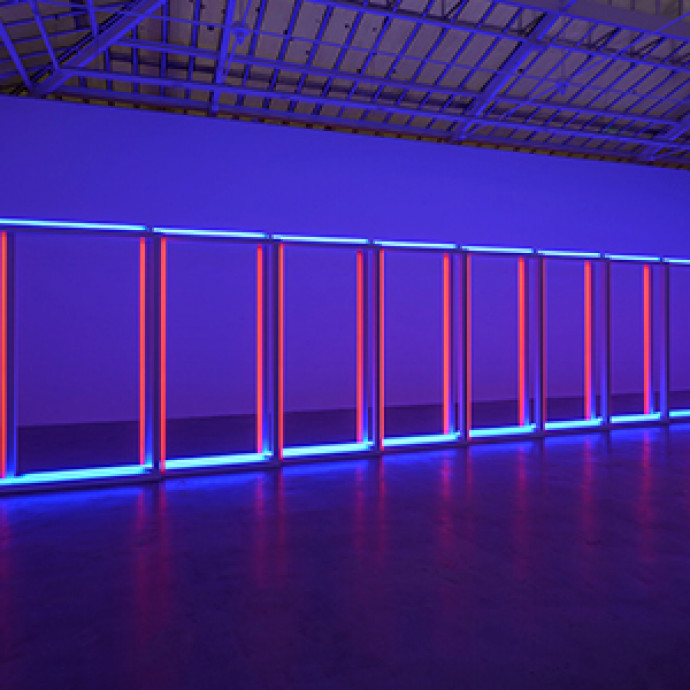 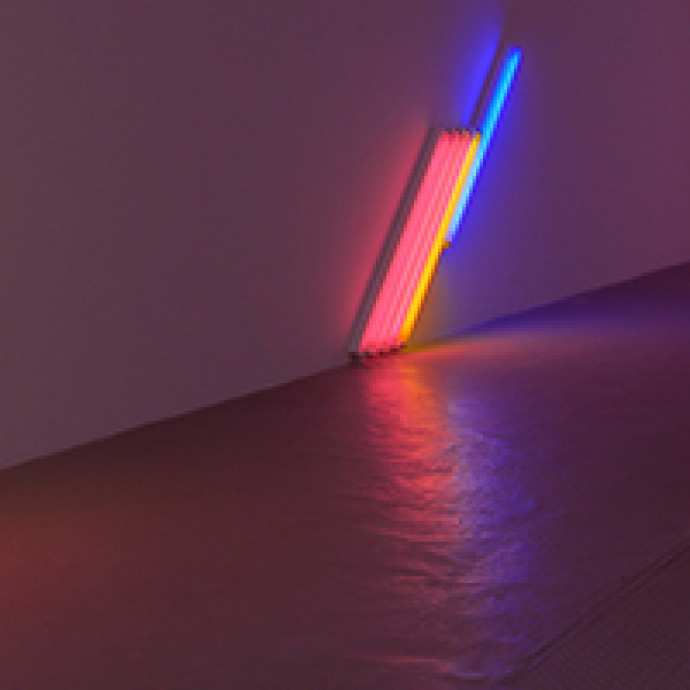 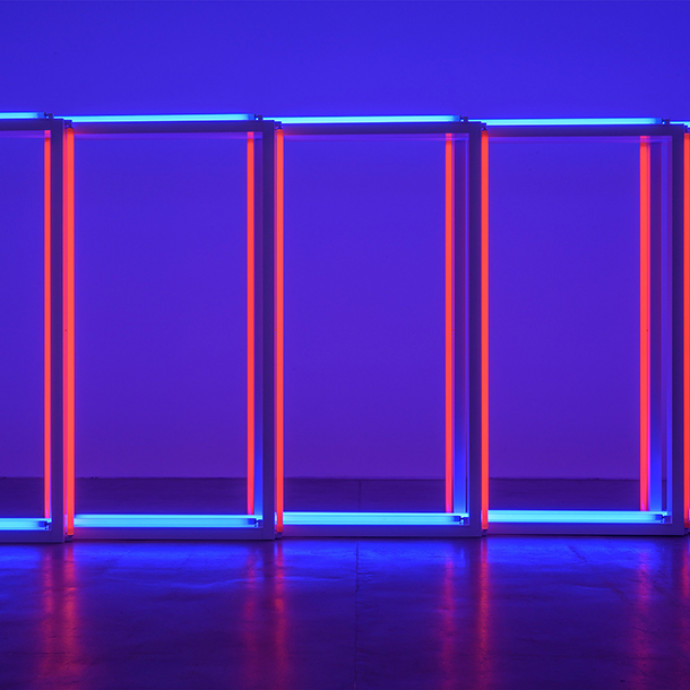 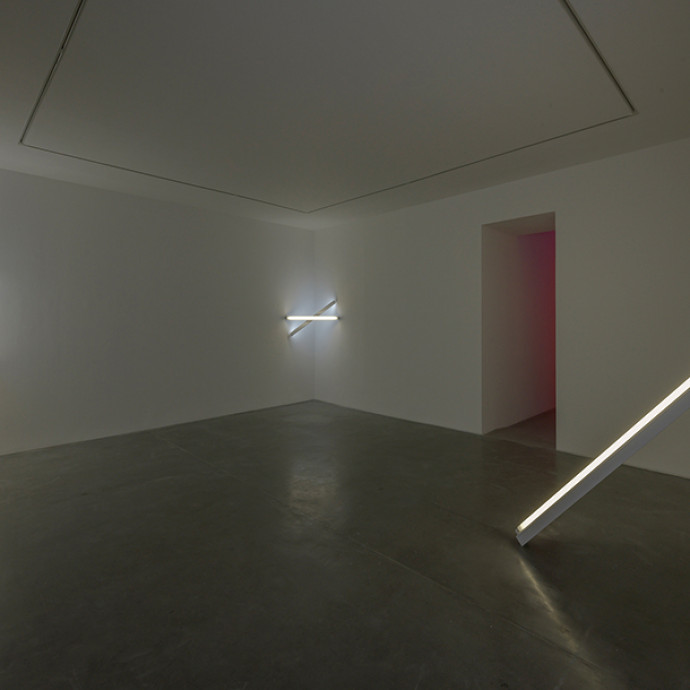 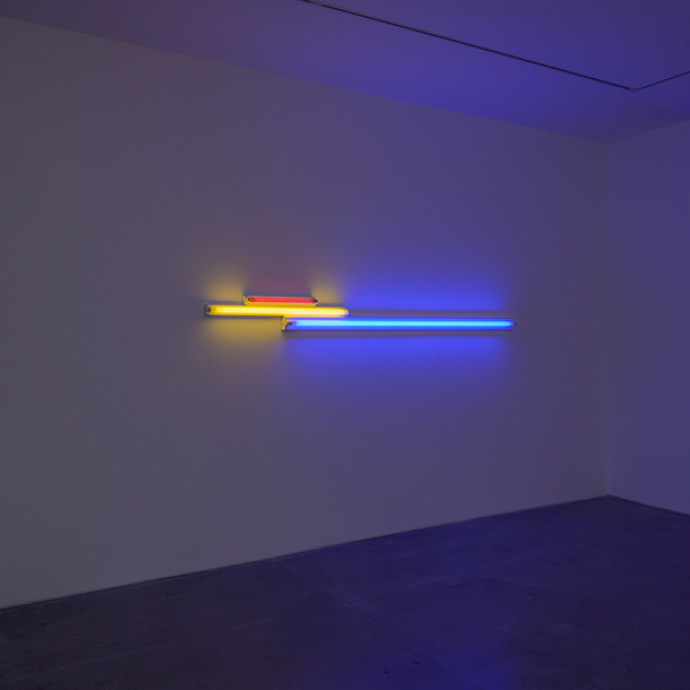 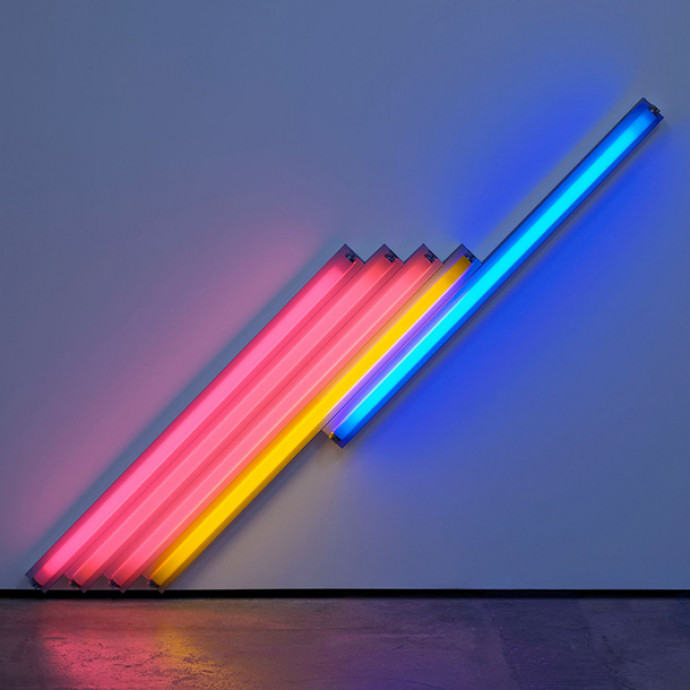 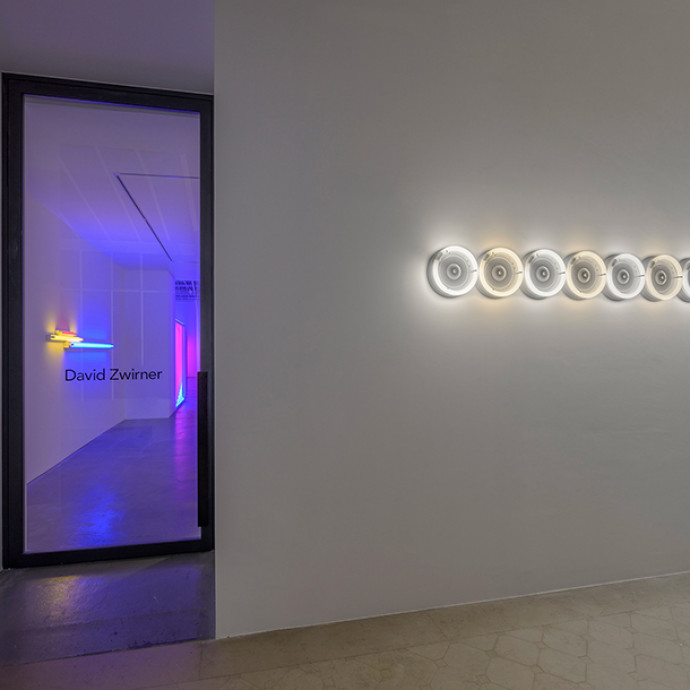