Last July, a brand new hotel opened in the 11e district of Paris. Called Les Deux Girafes, the establishment is already one of the capital's chic and safe addresses. A temple of good taste renovated by the AR ARCHITECTURE agency which has already had the opportunity to welcome Gnarls Barkley within its walls. Just that...

This is a strange bug that greets guests of the hotel located at 23, Passage Beslay, in the 11e district of Paris. Above the sliding doors, a mechanical and luminous giraffe head watches over visitors, and their address, from time to time, a mischievous wink. A real mascot, it is to her - and her cousin installed on the patio - that the establishment owes its name: Les Deux Girafes.

Inaugurated last July, the hotel was born from the imagination of its director, Alexandre Rondepierre, his wife, the AR ARCHITECTURE agency and several stakeholders. “It's an idea that has matured for a long time. When the construction company belonging to my wife's family expressed the wish to diversify its activity, we announced our project ”, explains Alexandre Rondepierre. The premises are quite easily found for him, because the client is also a resident of the district: so he easily unearths this former furniture-making workshop, abandoned since 1989. "As soon as we discovered the place, we very quickly imagined piercing the heart of the building to create a patio"says the passionate owner. Now open in its center, the construction, on three floors distributed in a square plan, evokes a motel with its lot of rooms accessible from the courtyard.

Inside, the arrangements of the bar, the restaurant, the lounge, the common areas and the 32 rooms of the hotel are the result of a collaboration between different artists and craftsmen, each as talented as the others. The architecture, decoration and custom furniture are signed AR ARCHITECTURE. The light sculptures, including the ungulate installed on the patio, are made by Anna Golicz-Cottet and Olivier Thomas from the Anathomie studio. The photographs in the bedrooms are the fruit of Edgard Avila's work. The visual identity, distilled through the many illustrations of giraffes scattered throughout the hotel, are imagined by the local artist ARySQUE. Finally, the signage is the work of manager Alexandre Rondepierre himself. From this work with several hands results a rich but balanced project, luminous but warm, sophisticated but ultra-elegant. If the customers are there, Alexandre Rondepierre would like, why not, to open another address. And we can not wait to discover the other species that make up its menagerie.

To learn more, visit the site of the Hotel Les Deux Girafes 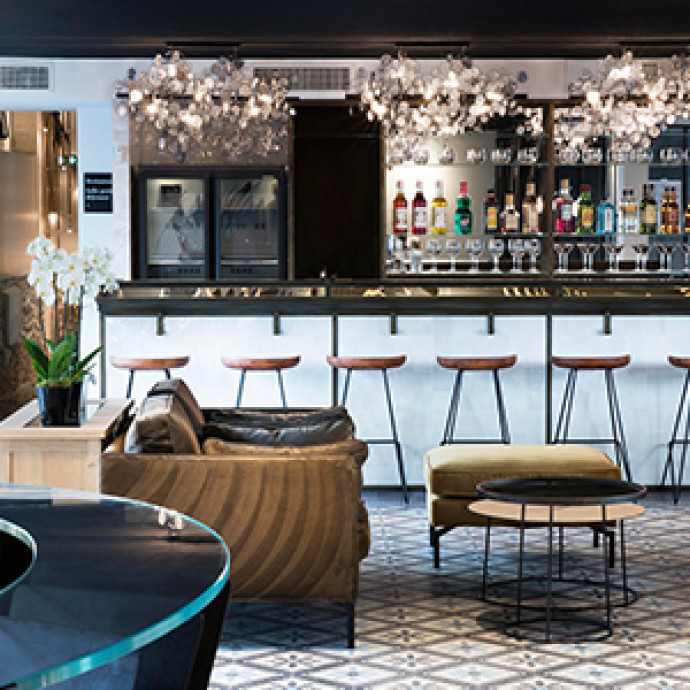 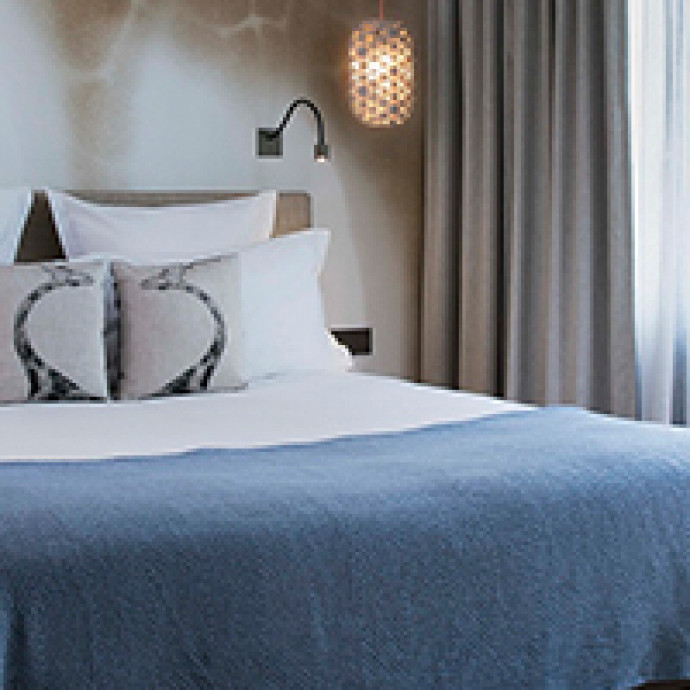 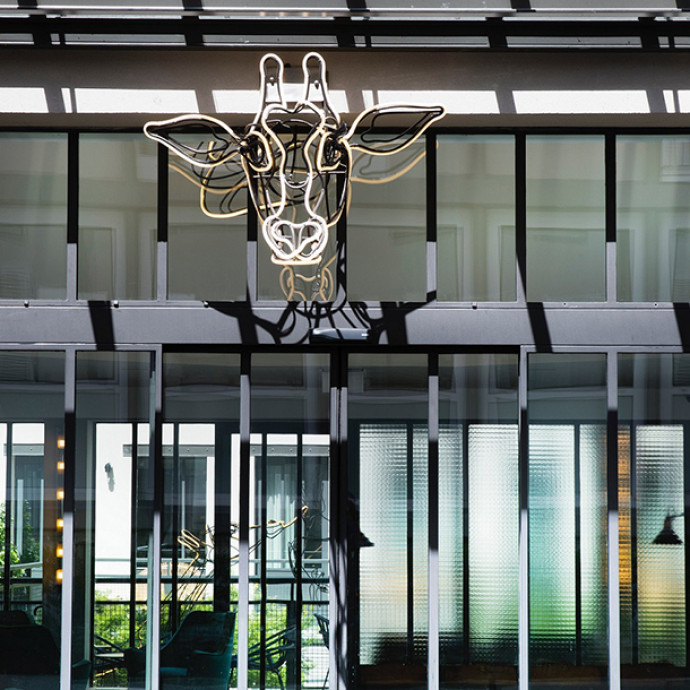 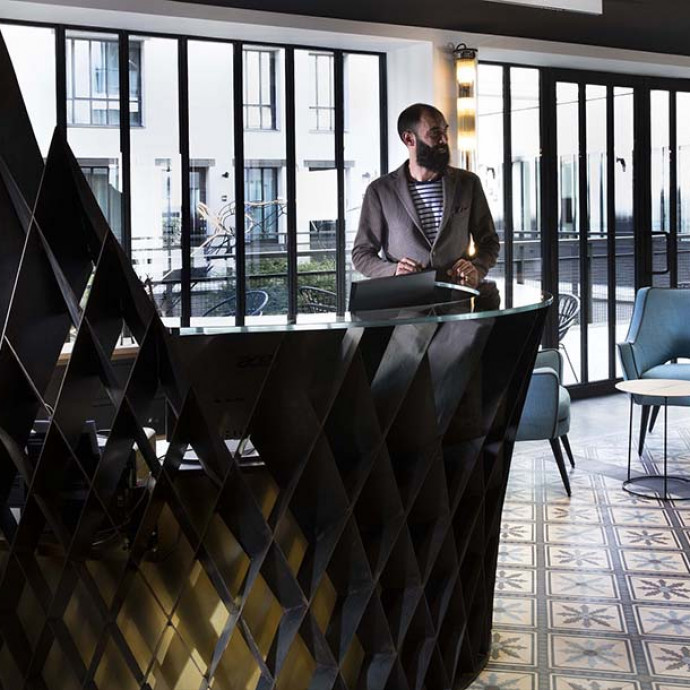 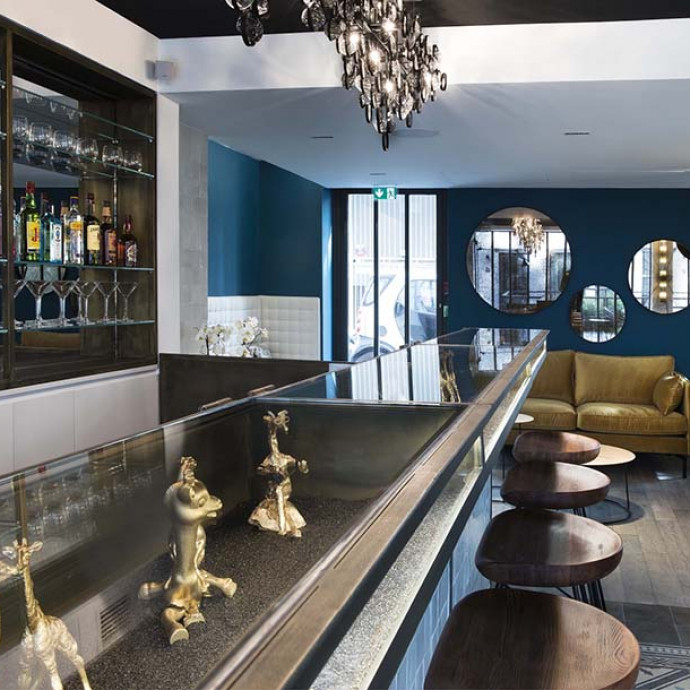 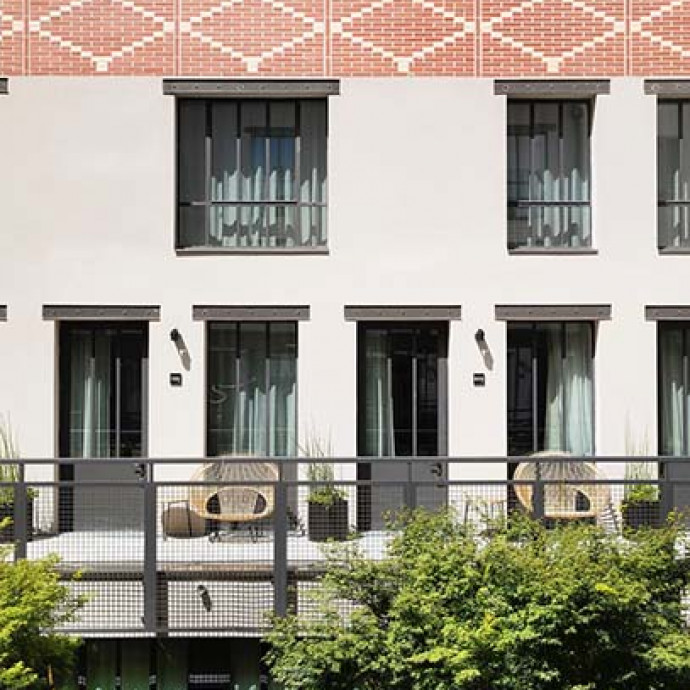 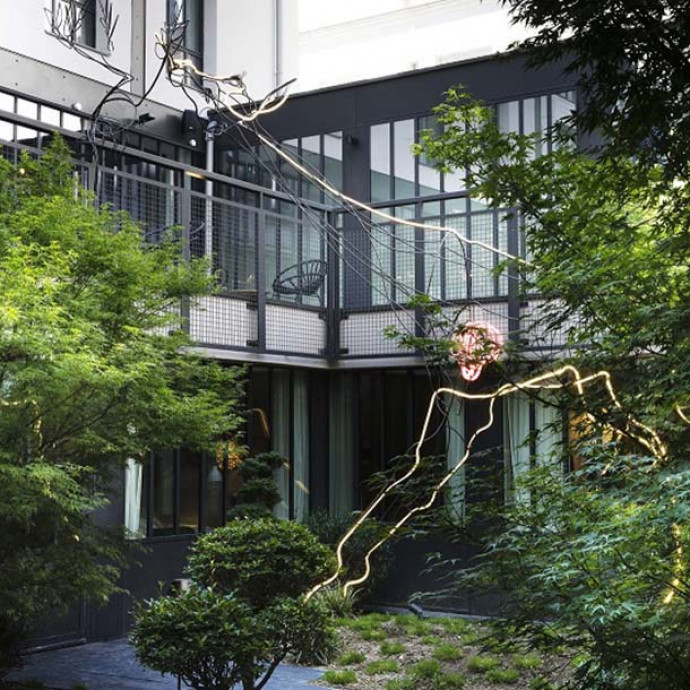 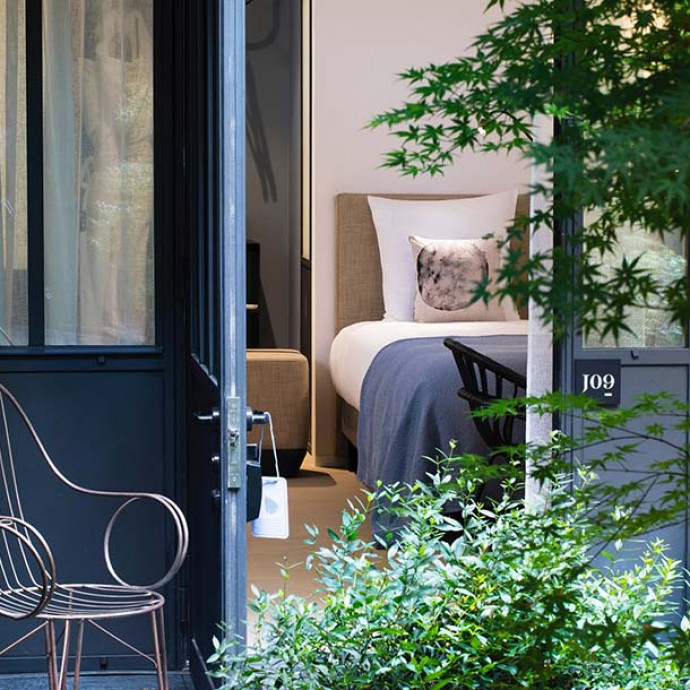 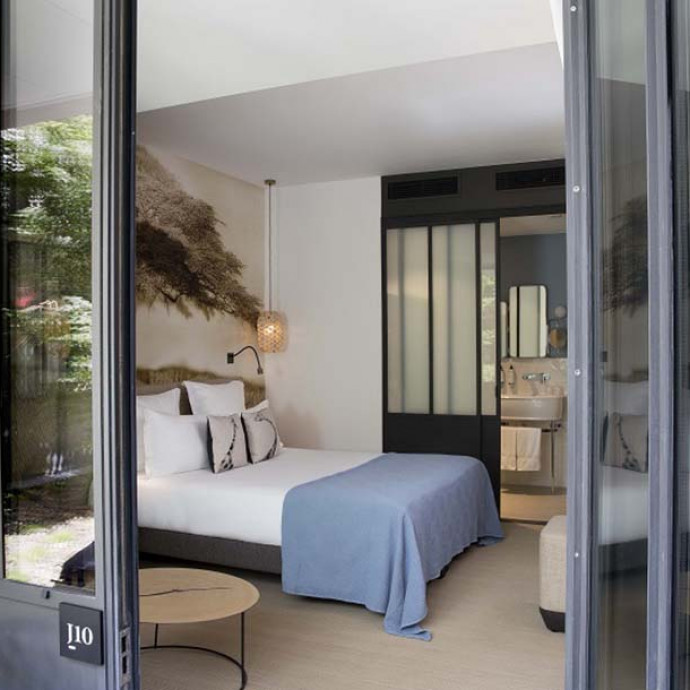 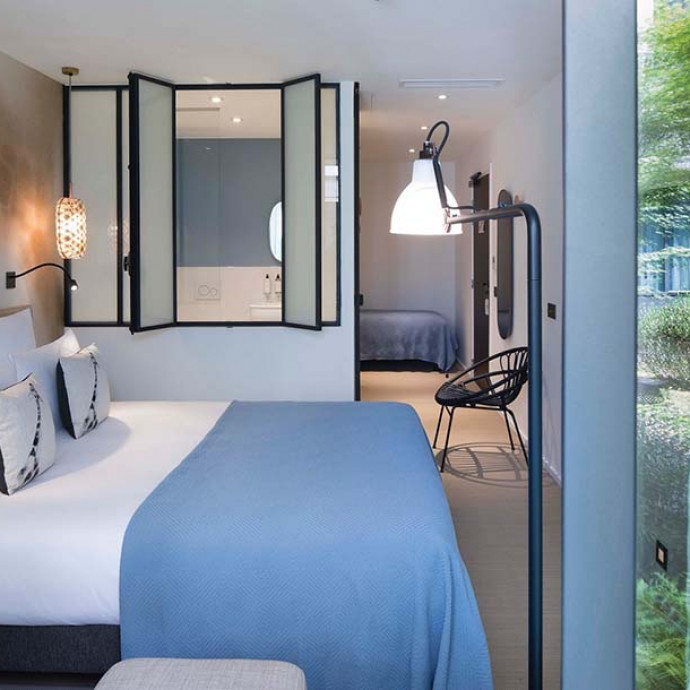 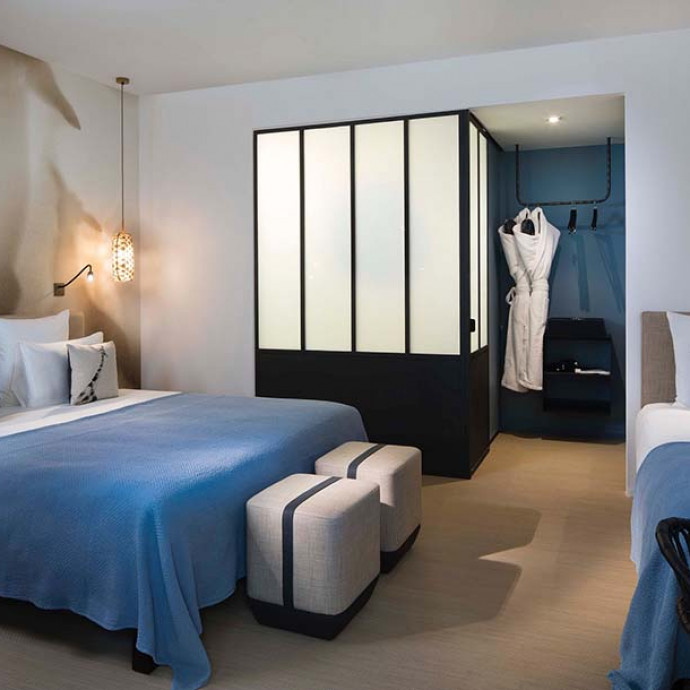 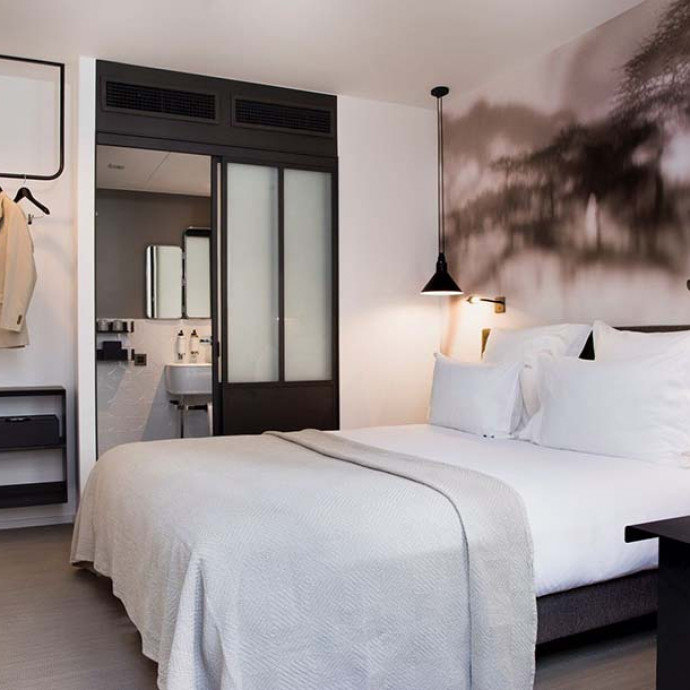 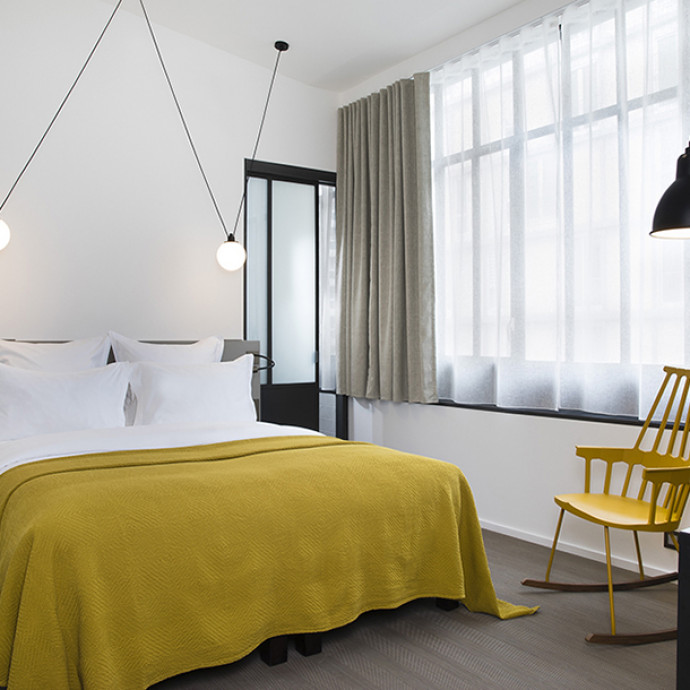 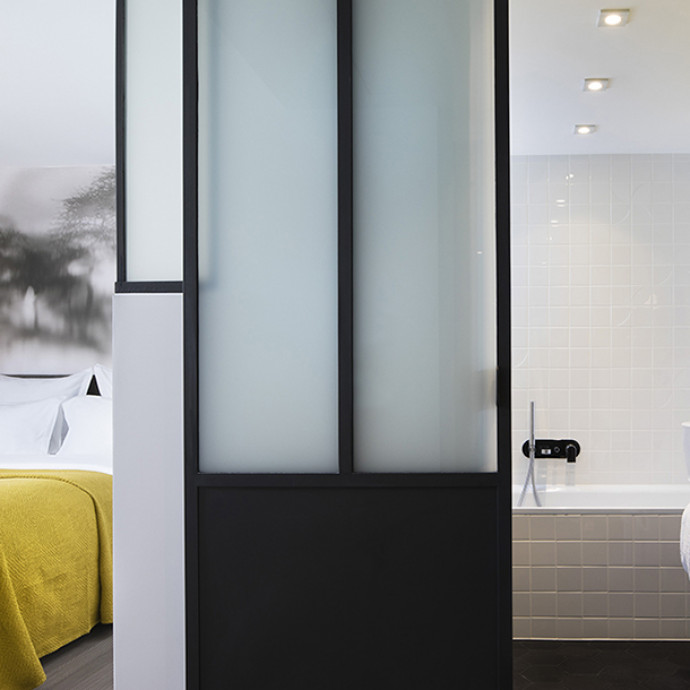 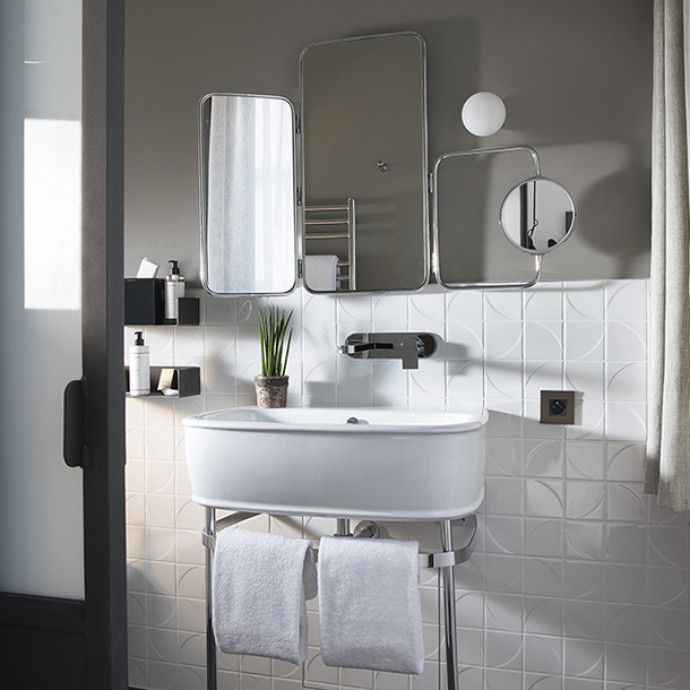 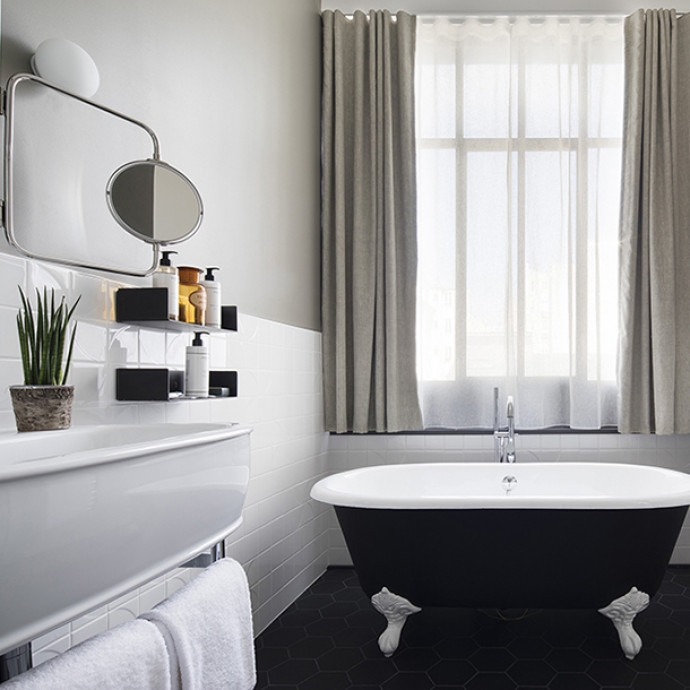