More than a neighborhood bistro, Bouillon Julien is a true Parisian institution. Established in 1906 in the 10ème arrondissement, the establishment saw Edith Piaf and her lover Marcel Cerdan, Ernest Hemingway, or Jean Cocteau, who tasted popular dishes in an Art Deco decor classified as a historical monument since 1997. Anxious to restore this typical broth to its former grandeur, London's John Whelan propels new gourmets into a unique Belle Epoque aesthetic. A nostalgic and elegant culinary journey.

Definitely, if the restaurants of fusion cooking or offering cards healthy mushrooming throughout the capital, we have for some time witnessed a second wind of Parisian broths, these restaurants popu 'from the beginning of the last century with interiors alternating gilding and murals Mucha type comforting hubbub. After Chartier broth and bouillon Pigalle, it is the turn of the rue du Faubourg Saint-Denis to make a significant comeback.

Under the leadership of British designer John Whelan, founder of The Guild of Saint Luke, the famous institution finds its original splendor, between aesthetics licked and authenticity assumed. A real specialist in the rehabilitation of French breweries, the project manager also hides behind the catering group "Les Grandes Brasseries de l'Est", an ambitious renovation project for 15 breweries, going from Reims to Nancy via Strasbourg . Who else, then, to undertake the resurrection of what was once the headquarters of Mother Piaf?

First step: research. In order to understand what the restaurant looked like when it opened, John Whelan went through the museums, libraries and archives at his disposal to recreate the magical world set up by the painter Armand Segaud - the origin of the panels peacock - the cabinetmaker Louis Majorelle having manufactured the mahogany bar or the ceramists Louis Trézel and Hippolyte Boulanger to whom we owe the beautifully ornamented glass panels.
If in recent years, Julien broth seemed to be passed to the washing machine because of its dull walls and furniture patina, it was not in 1906! Originally, the walls were mint green - color that faded after decades of smoking - a color here rehabilitated by the Guild of Saint Luke teams. The furniture was polished, in the same way that the ceramic floor tiles typical of the Belle Epoque were restored.

A last adjustment? If Parisian breweries 1920 years have seen their prices flare in recent years, we must not forget that these were basically supposed to be cheap. The map has been updated, offering simple dishes - such as leek dressing or rump steak - never exceeding 13 euros. 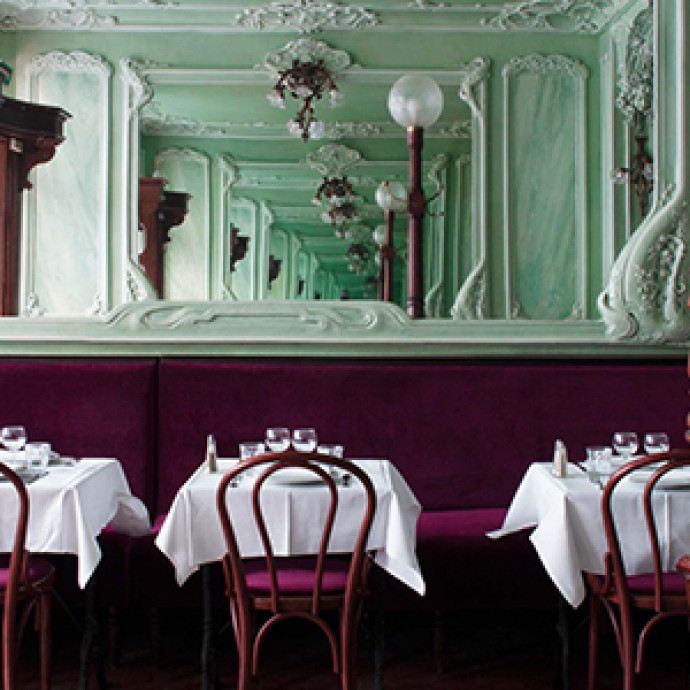 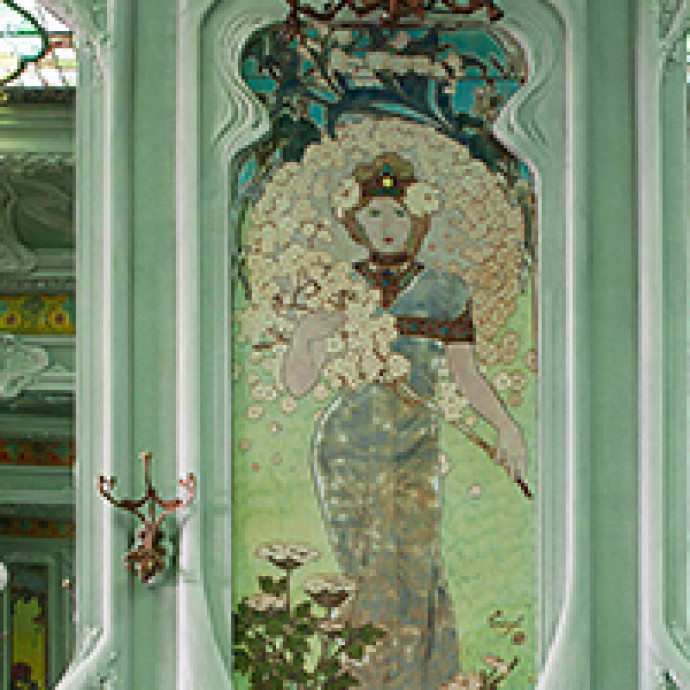 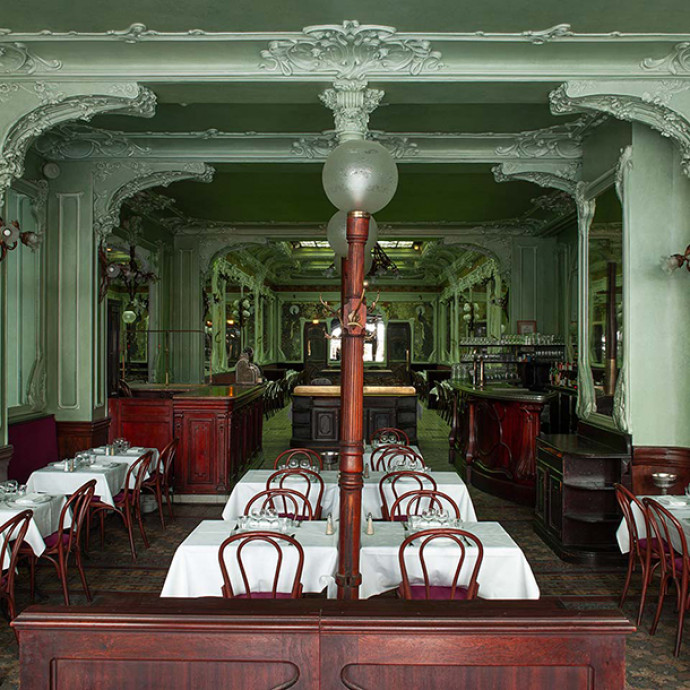 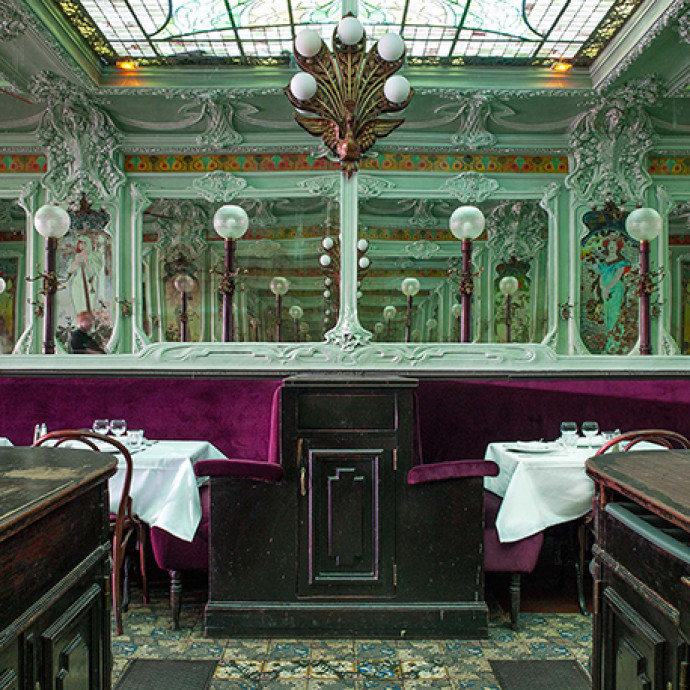 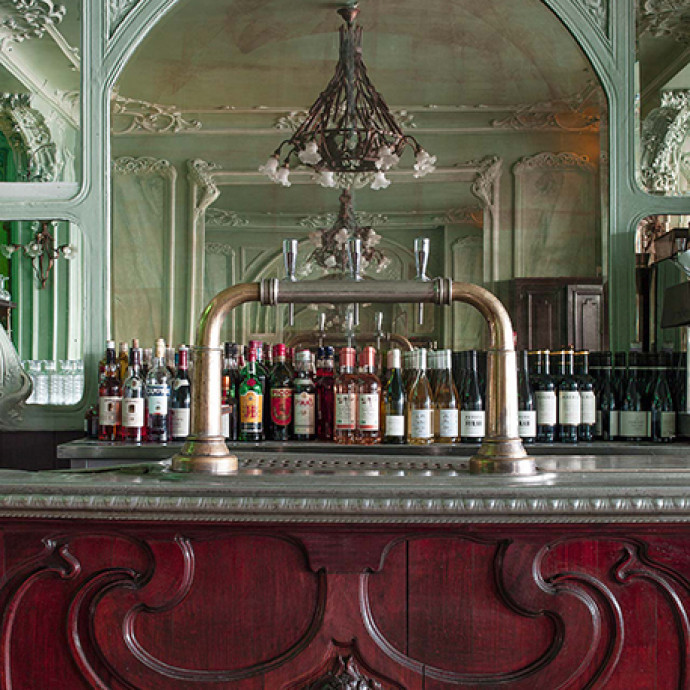 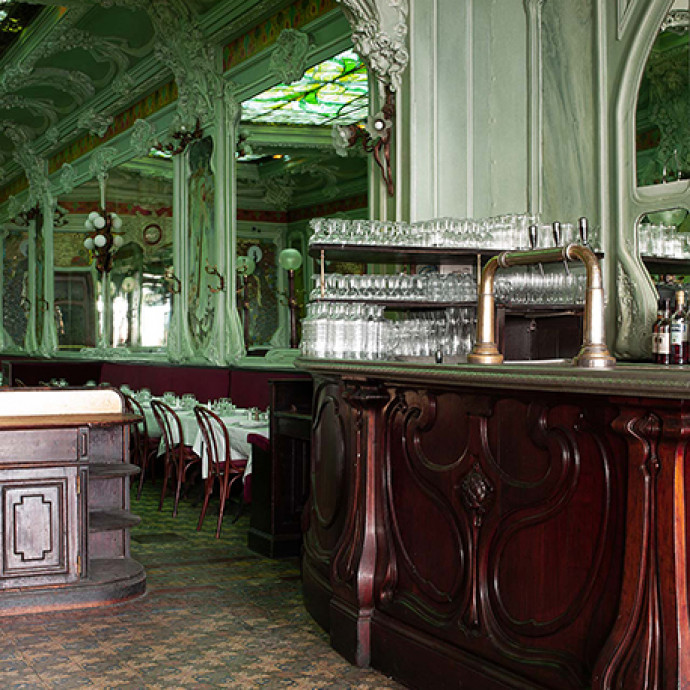 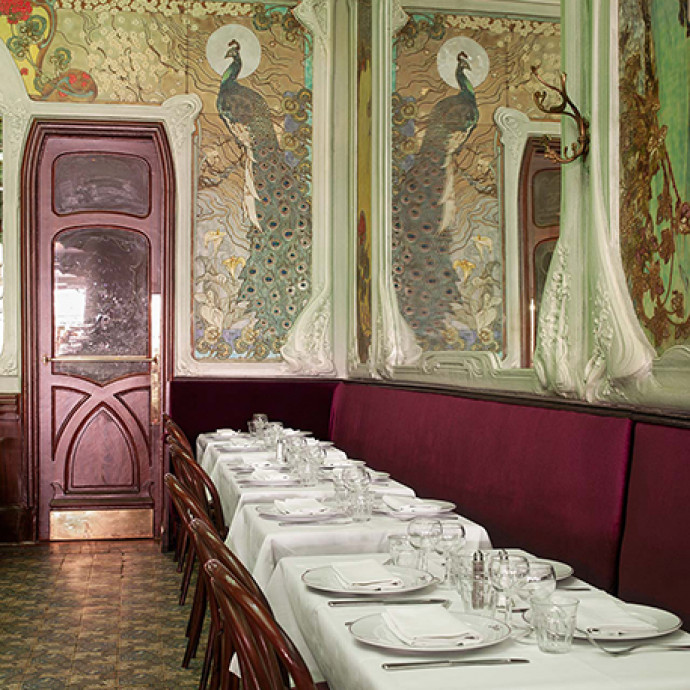