Ah, the myth of the Parisian apartment, its wrought iron balcony, its squeaky parquet floors or its elegant moldings ... Yet even these dwellings with timeless charm sometimes require a bit of fresh air. And it is certainly not the owners of this apartment 9ème arrondissement who will say otherwise, they who entrusted the reconfiguration at the Atelier Pierre Louis Gerlier.

Despite heavy potential, the home was in a state of advanced deterioration. To remedy its dilapidation, the teams of Atelier Pierre Louis Gerlier have completely reconfigured the apartment, making an open and bright. The project, simple at first, however, had its share of difficulties. Indeed, between the many bearing walls and differences in levels, it took a trick to achieve the dreams of homeowners.

Thus, to limit as much as possible the big jobs, the architects keep the same number of rooms but enlarge the living room and the kitchen, in particular by reducing the surface of the corridors. Tips like glass doors can visually lighten the spaces while giving them access to natural light. The living rooms are cleverly studied to gain the most surface while enhancing the original character of the apartment typical of the capital.

Thanks to custom-made furniture, the storage units are discreetly integrated into the space, thus limiting the addition of bulky furniture. In order to highlight the broken parquet floor of origin simply restored, the builders rely on natural tones, echoing the joinery. The inhabitants dine thus on a central table in natural wood overhung with a rattan suspension. As for the living room, these nuances borrowed from nature materialize by an olive green wall framing a sublime marble fireplace and by a purified furniture with different variations of white and brown.

A good compromise between charm of the old and current trend.

For more information, visit the site of the Atelier Pierre Louis Gerlier 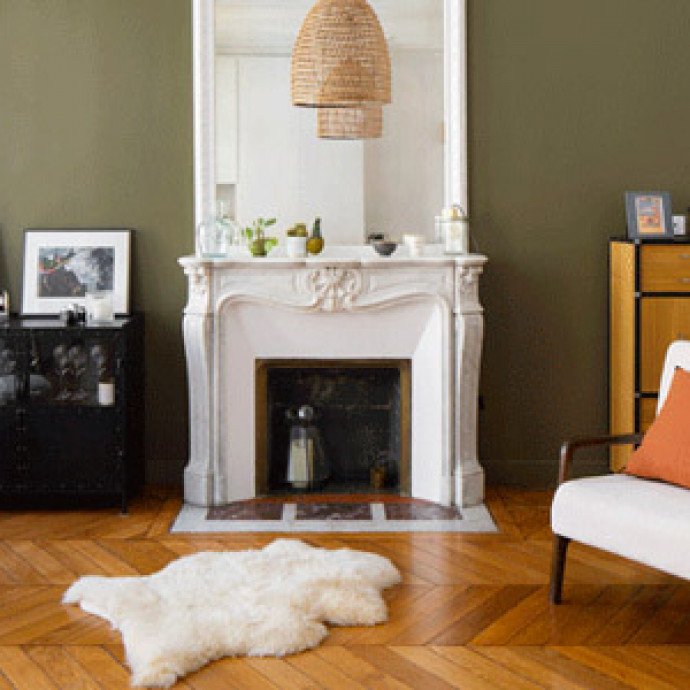 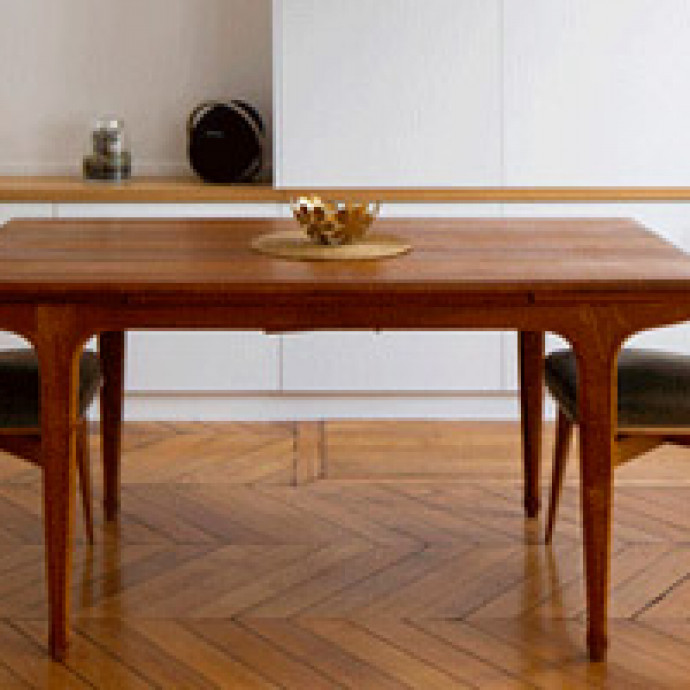