In the name of the father, the son and the Holy Spirit, the interior designer Tristan Auer - to whom we owe in particular Les Bains and the Hotel de Crillon - signs an establishment with multiple inspirations, like the Marais in which it is part, district formerly ecclesiastical, then aristocratic, and today land of the cool Parisian. A mix of eccentricity and luxury, the Sinner has not finished making people talk about him.

Proudly installed on rue du Temple (3ème arrondissement), Hotel Sinner could not have been better named. Mixing dangerously religion and sulphurous spirit, the book signed Tristan Auer has everything to become the new fashionable spot of the trendy district of the capital. Including a restaurant, a bar, a private spa and 43 rooms including a suite, the set is characterized by impressive volumes and a cozy atmosphere, halfway between monastic universe and brothel. Geometric arches and louvers filtering the exterior light, contemporary stained glass windows or candle lighting give us indeed a desire for confession when private salons and erotic works invite us to disinhibit.

The dark corridors leading to the 43 rooms are peopled with references to Catholicism and plunge residents into a mystical atmosphere that extends once the red doors of the penates are crossed. Largely influenced by the aesthetics of the monks' cells, the apartments combine dark wood parlors with velvet robes of bishops. The only suite - named Justine, in reference to the work of the Marquis de Sade - synthesizes all the inspirations of the place, between virtue and sin.

Mass has been said ! 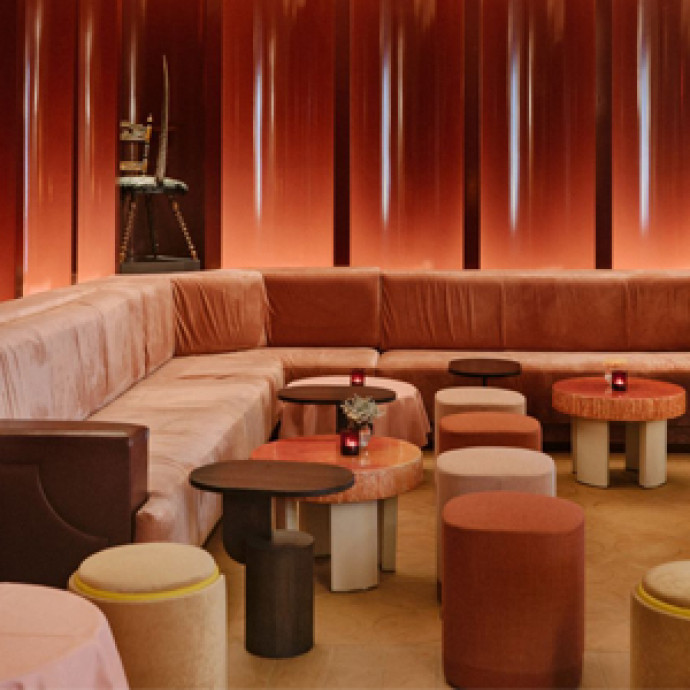 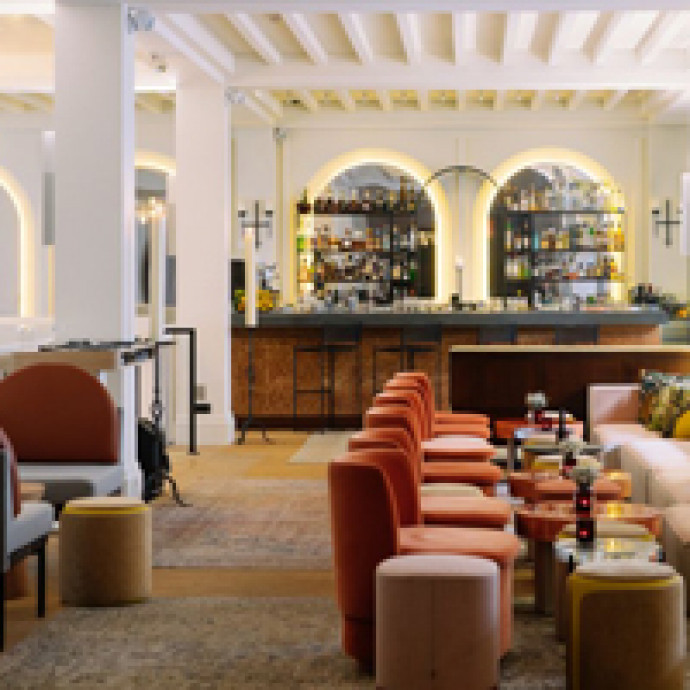 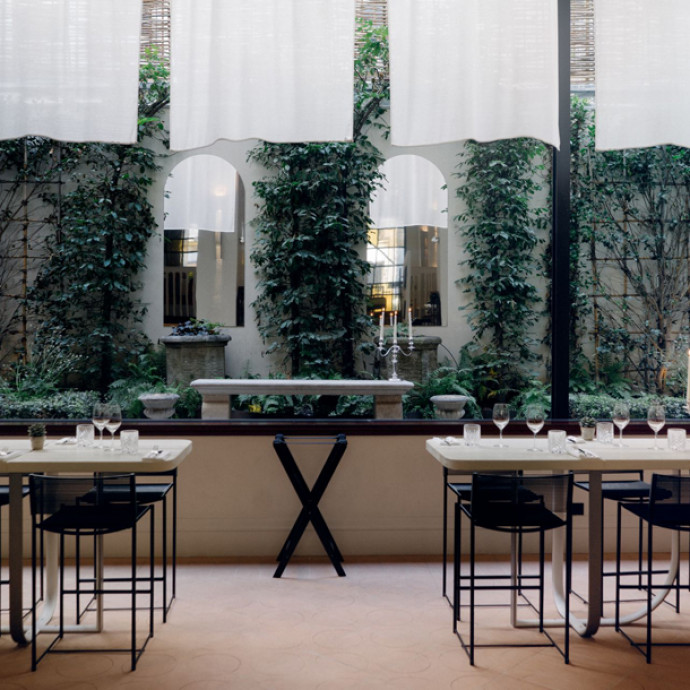 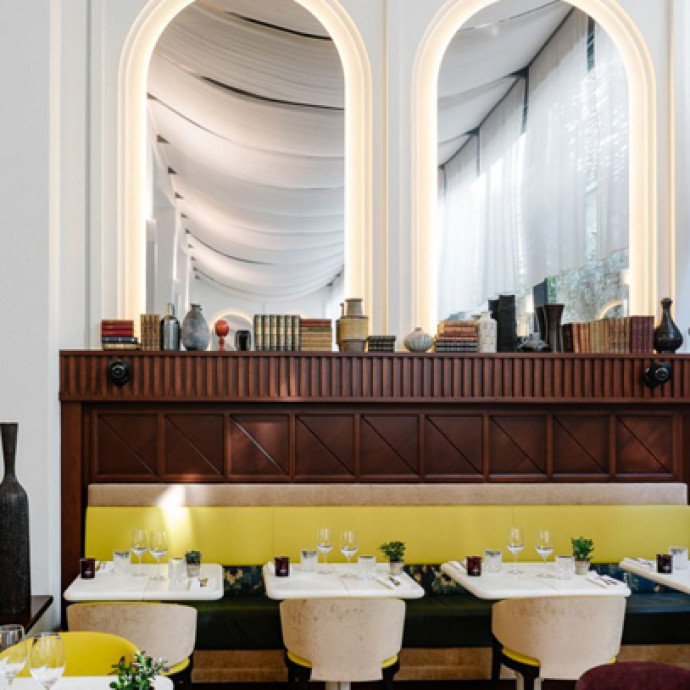 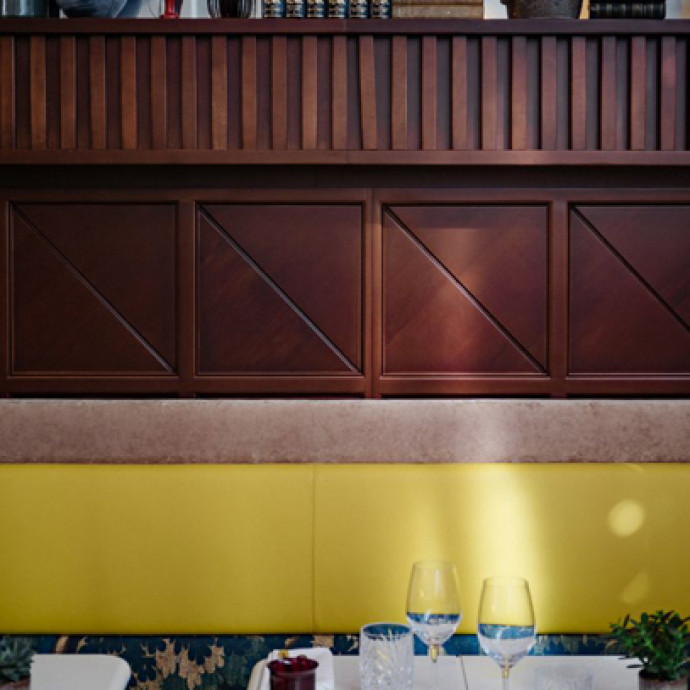 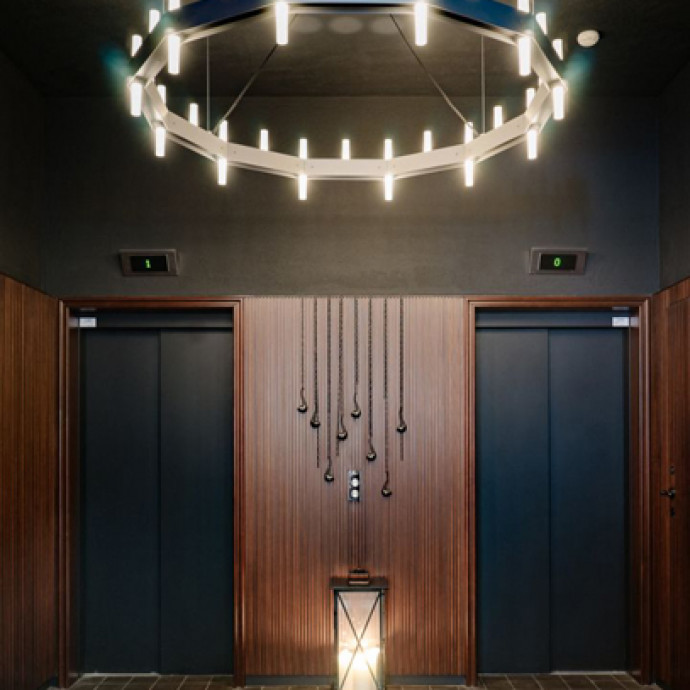 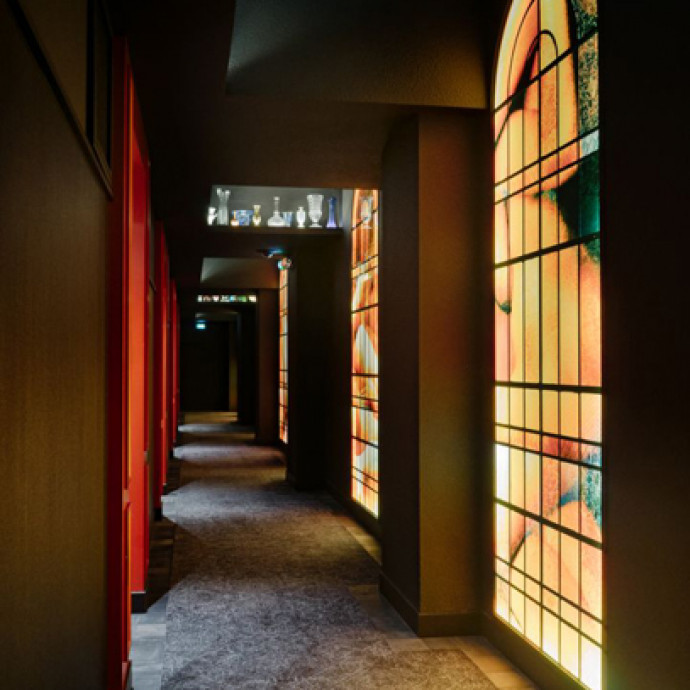 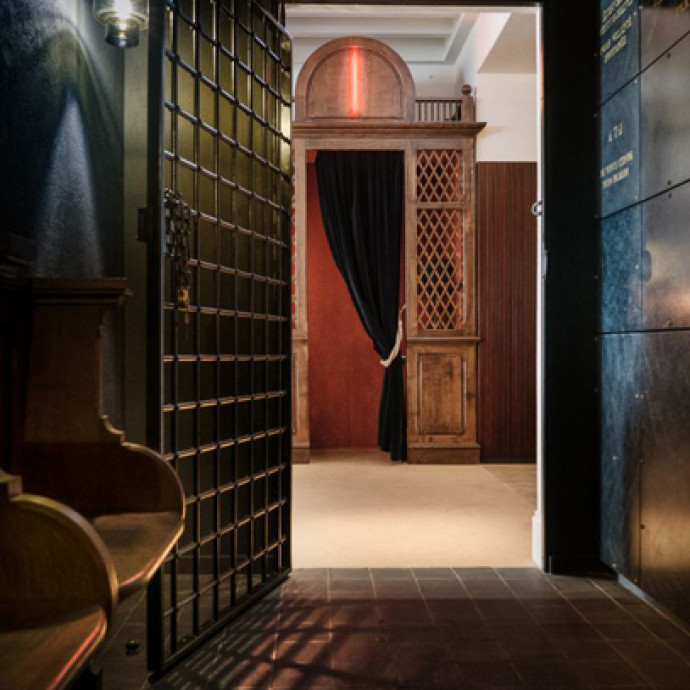 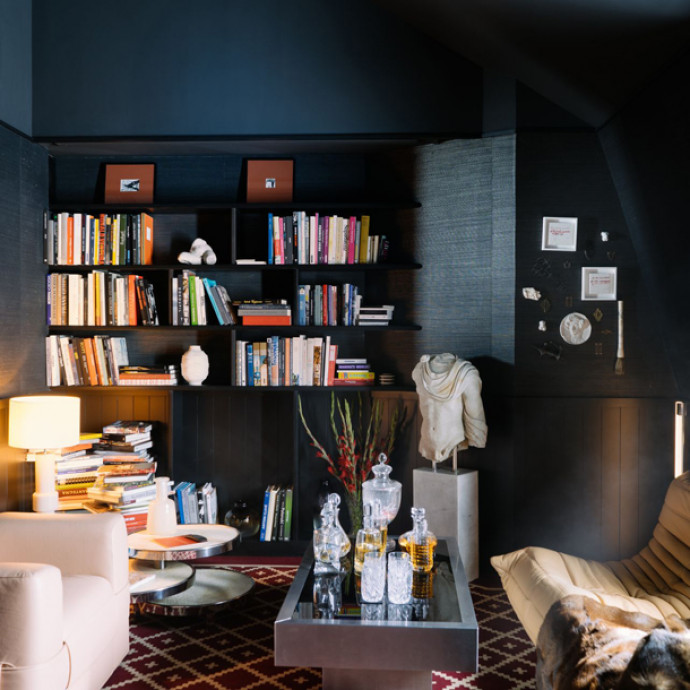 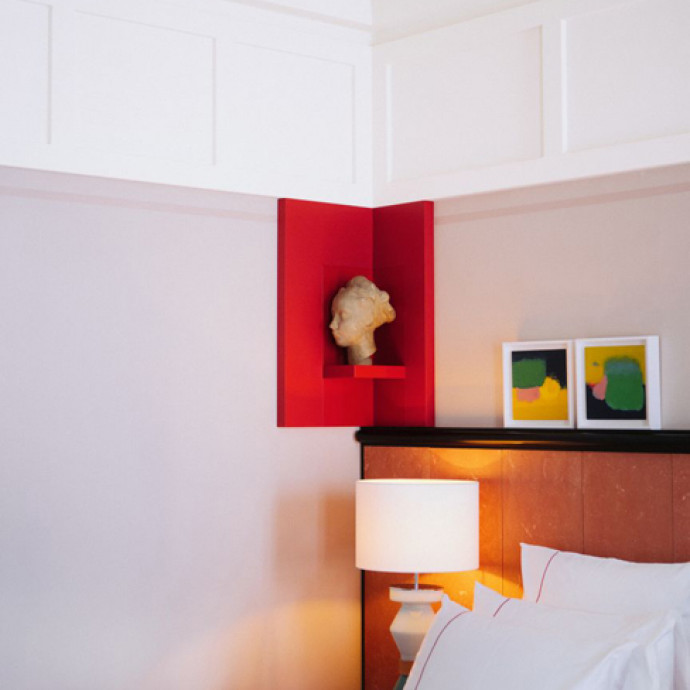 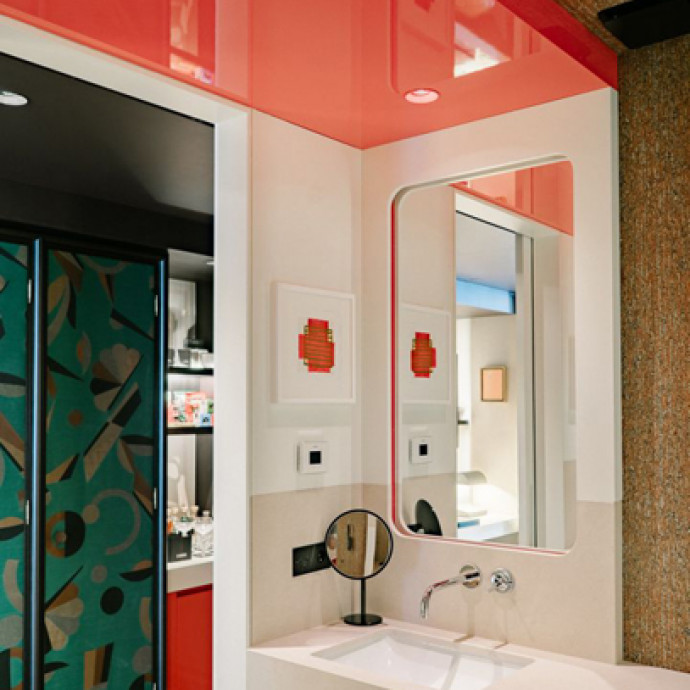 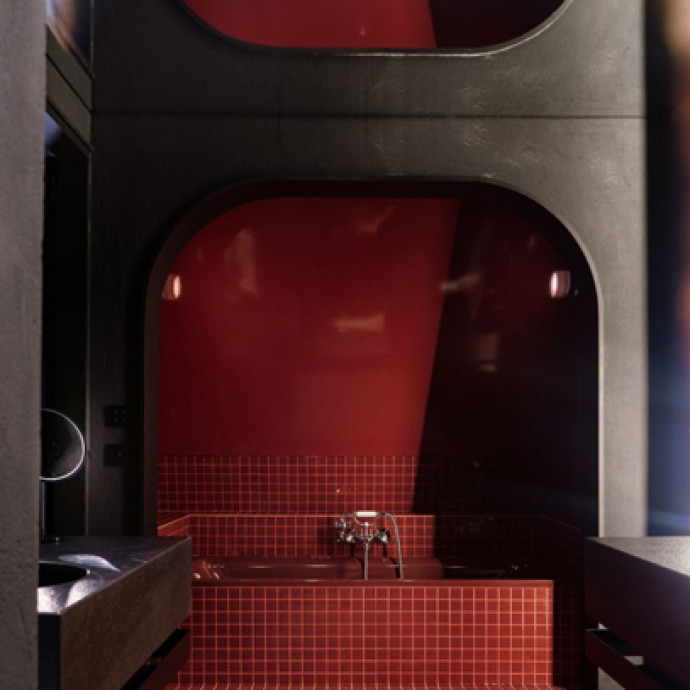 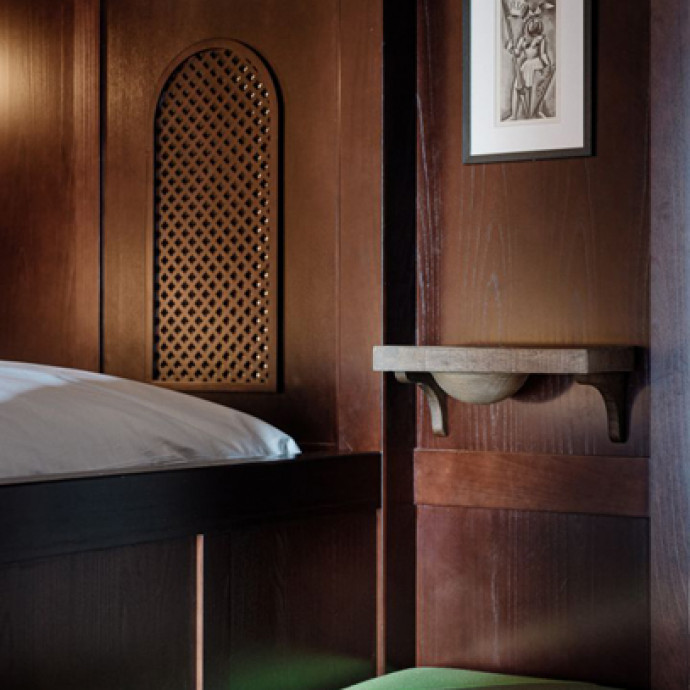