A stone's throw from Place Saint Georges, in the Pigalle district, the Humbert & Poyet agency has brought together several maid's rooms located on the top floor of a Haussmannian building to create a charming 55 square meter apartment.

The architects Christophe Poyet and Emil Humbert have succeeded in transforming several independent maids' rooms of less than 10 square meters into an open-plan, bright and warm apartment.

The decorator duo have chosen to organize the apartment as a succession of rooms in a row, by redistributing the spaces along the windows facing the street. Thanks to this bias, the apartment now offers a breathtaking view of the Sacré-Coeur Basilica and the Butte Montmartre.

To create the soul of the apartment, the tandem added decorative architectural elements such as staff cornices, and considered each living room as a separate entity. In the conjugal bedroom, blue highlights the two works of art hanging on the walls, a lithograph by Victor Vasarely and the work Interference Buckle by Jean-Luc Moulène. In the guest room similar to a boudoir, a palette inspired by the colors of Le Corbusier is summoned. In the bathroom, sobriety takes precedence: white earthenware tiles with an elegant black border adorn the walls, while on the floor a marble mosaic with graphic patterns unfolds. In the living room which serves as living room and dining room, works of art interact with iconic furniture from the 1950s and 70s.

A little jewel of elegance in the heart of Paris! 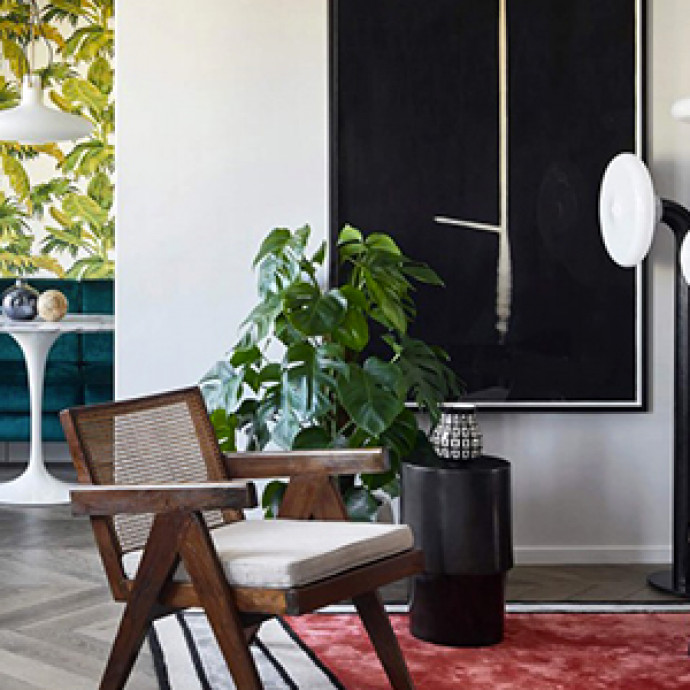 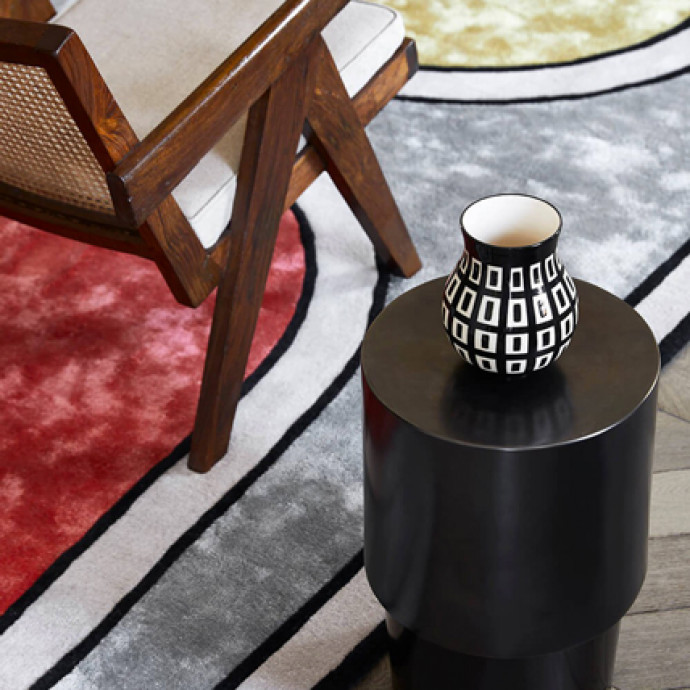 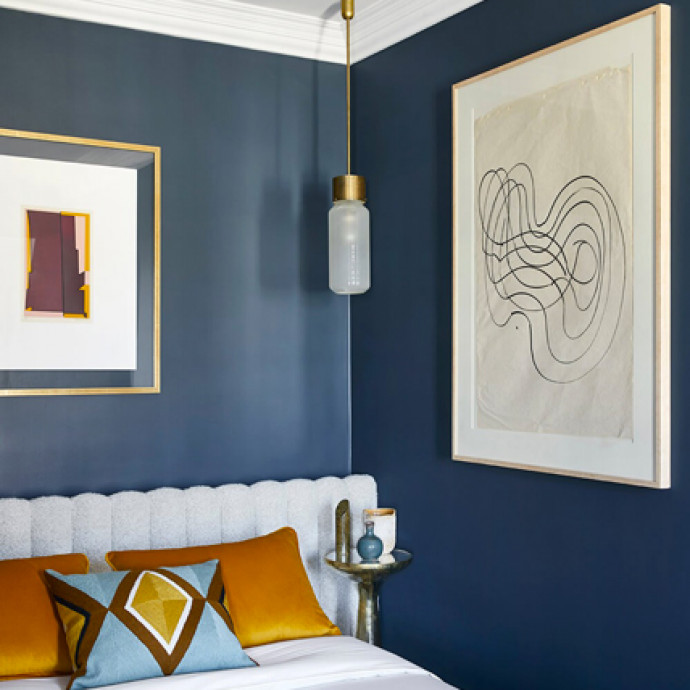