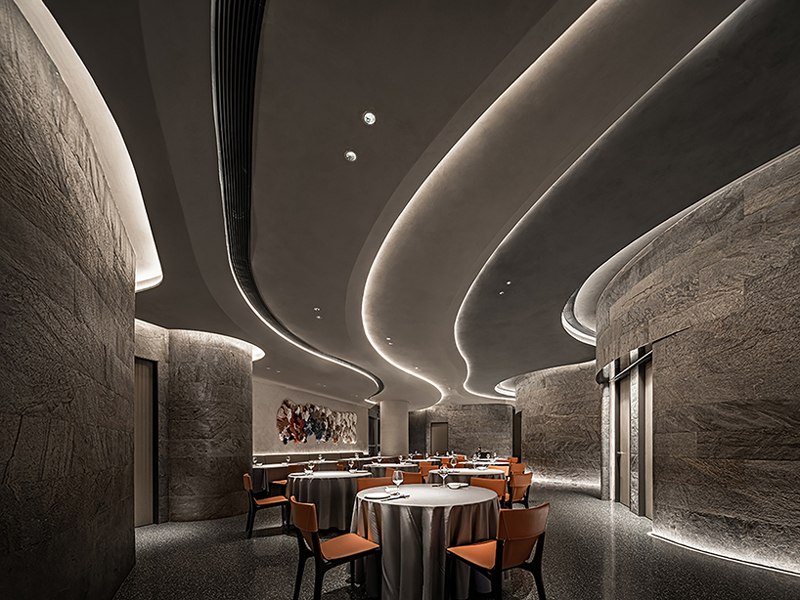 Xuji Seafood is a Chinese restaurant chain with a 22-year history, with more than 50 restaurants already open in China. In November 2021, a new Xuji Seafood was inaugurated in Xi'an: the "Xuji Seafood Xi'an Mixc World". Its design is by Wu Wei of the interior design firm IN.X.

The sea and the rough stone architecture of Xi'an largely inspired the design of this new restaurant, between land and sea. magnificent stretches, where the deep blue waters flow and where the northern city stands straight and high.

In the landscape of Xuji Seafood Restaurant, the intersection between the ocean and the mainland is subtly represented: the roof is vertically divided into four layers, overlapping each other. The intersections are embedded in strips of light to draw rolling currents that fade as they go... The white wave solidifies into a flexible and sinuous system of lighting; thus, the huge ocean floor turns into a spatial sculpture, covering everything below.

By contrast, the portrait of the city is majestic and rough. Giant walls and pillars support the ocean roof. The ultra-thin stone facade with rough texture gets rid of all the decorations to find its new life. The wave-shaped wallwasher echoes the layout of the floor lighting, recreating a picture between mountains, seas and cities.

Thus, the pure and tranquil blue of the place is reinforced by a sculpture of a red whale, which triggers bright and colorful waves, making the space vibrate. 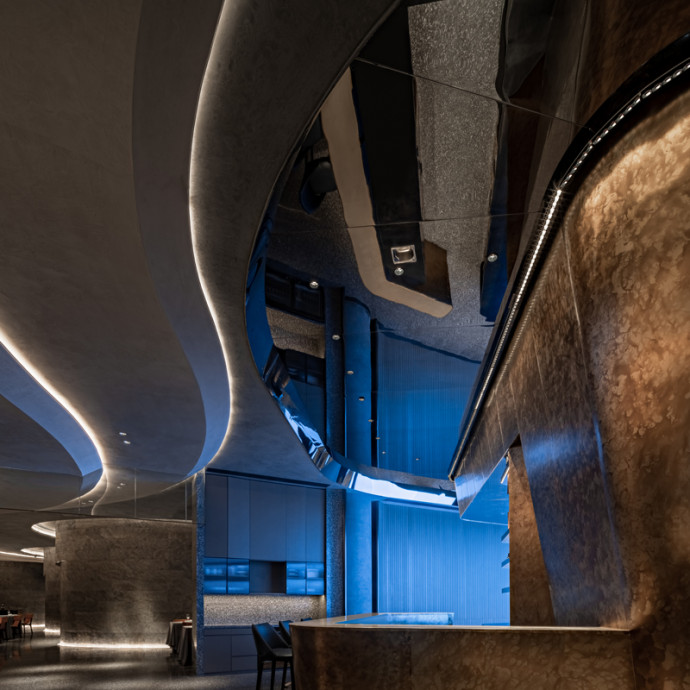 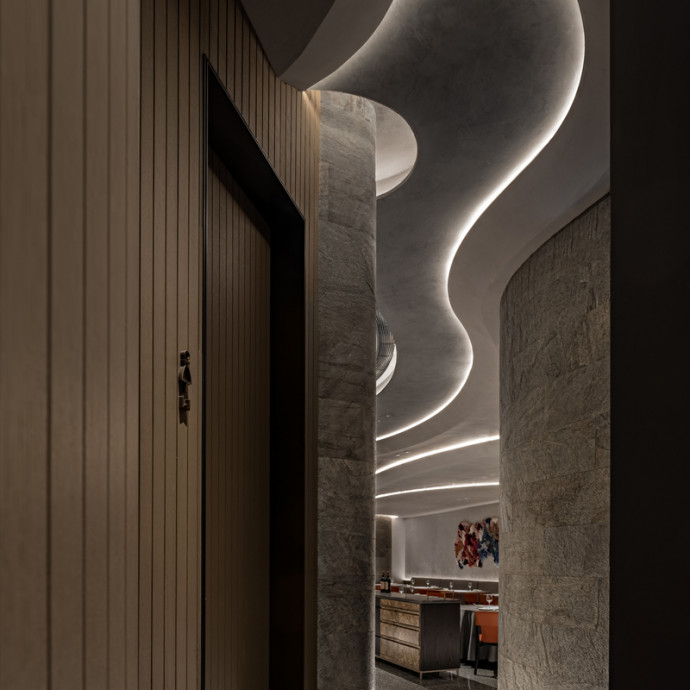 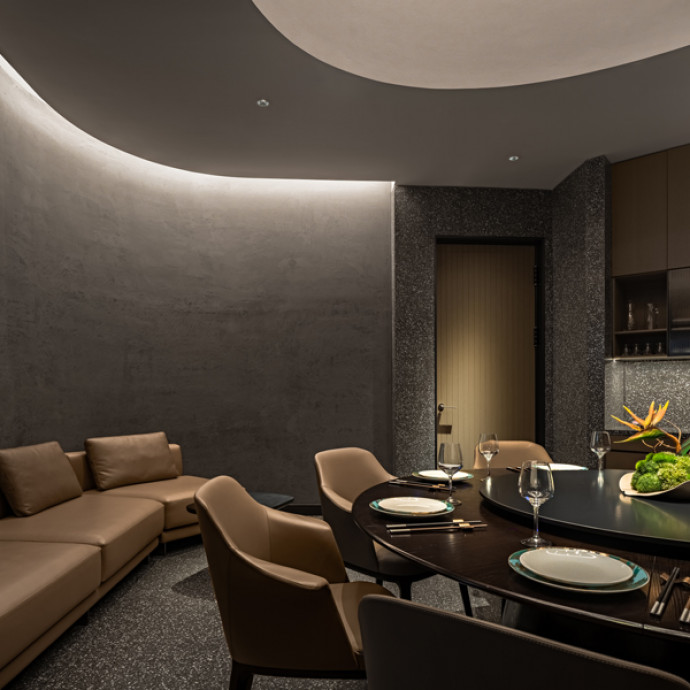 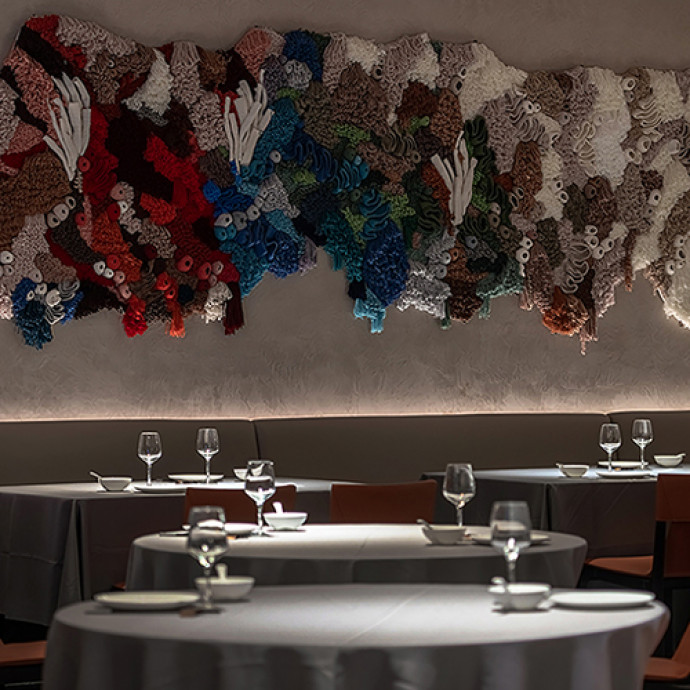