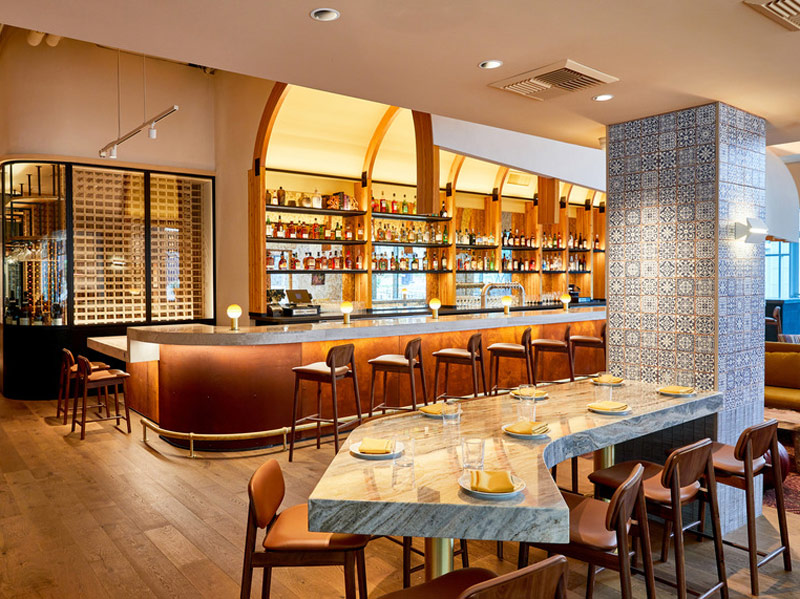 The Callie Restaurant was designed by Studio UNLTD in downtown San Diego, California. The project includes the redevelopment of the interiors of a 638 m² space on the ground floor of a corporate tower. Here, the Studio has created a warm space to make the restaurant a real point of destination.

This is chef Travis Swikard's first solo project. The restaurant's design tells his story: an explorer at heart, the chef of the Callie has never ceased to travel to soak up new knowledge, from which he draws his inspiration.

This is how a collection of materials and fabrics inspired by a Mediterranean and Californian palette blends with modernity to enhance an atmosphere imbued with irreverence and lightness. Skateboarding and surfing references throughout the space disrupt the old-world aesthetic with a rebellious touch inspired by Chef Swikard.

The atmosphere here is relaxed and coastal, with plants, navy blue chairs and rust-colored cabins. The large two-way bench, which acts as a buffer with the bar, is upholstered in concrete gray and enhanced with a yellow backrest intended to evoke the image of Southern California. A mix of decorative denim blue tiles adorn the columns of the dining room bringing a Mediterranean flair.

The Mediterranean sun thus invites itself to California, in the heart of the city of San Diego. 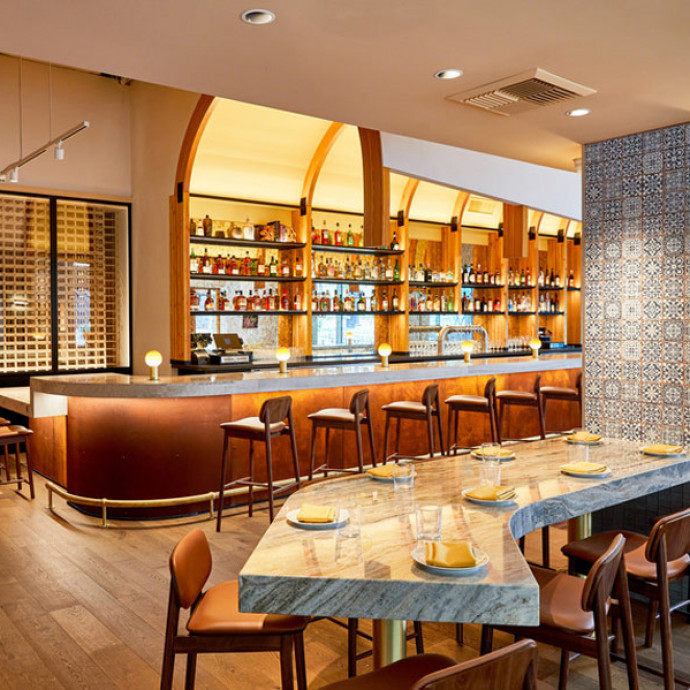 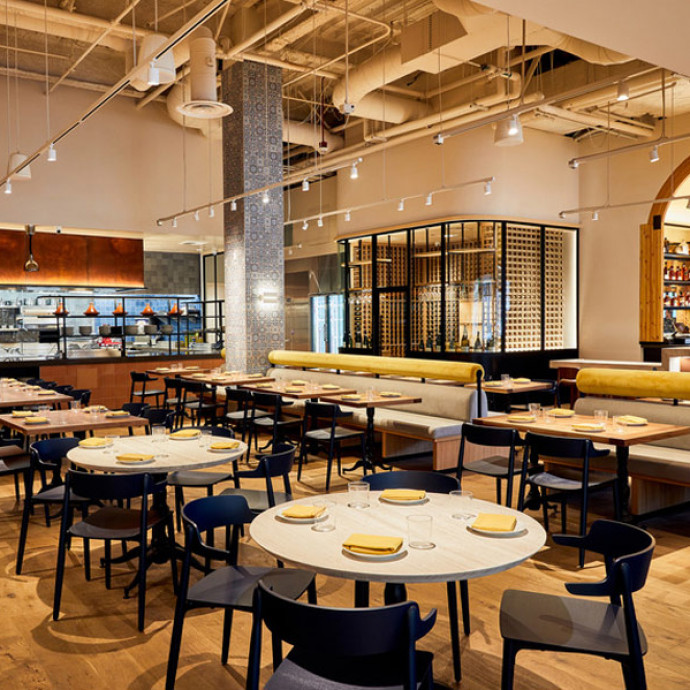 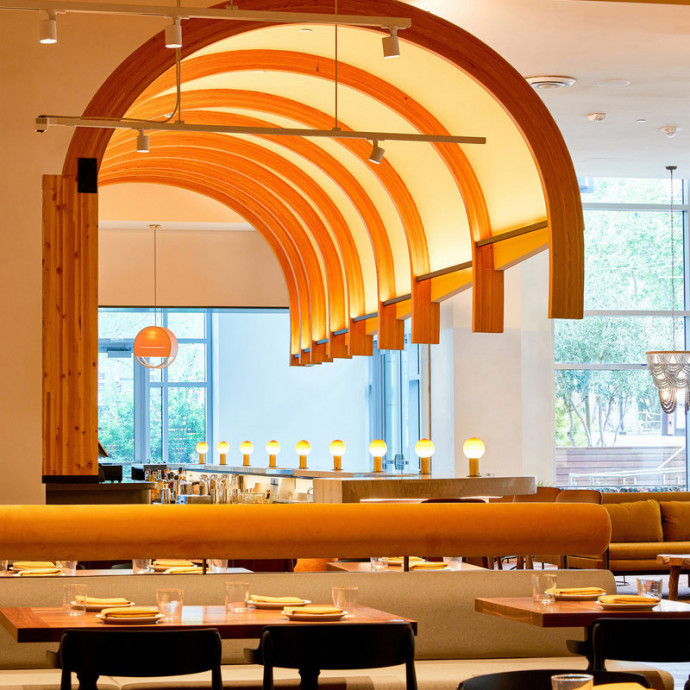