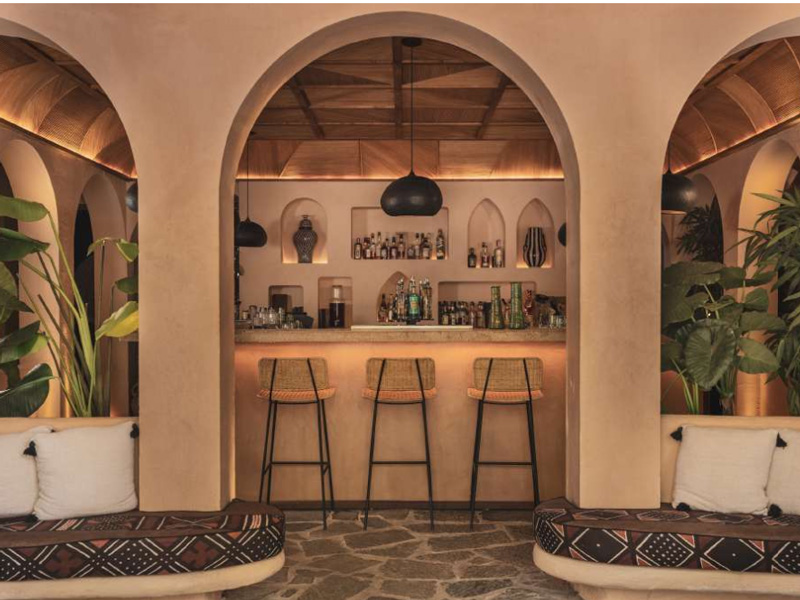 Jewel of the Côte d'Azur, Saint Tropez marked the golden age of the French Riviera with its stars, its dream villas facing the sea and its yachts. This year, the famous Salama restaurant has had a makeover in the heart of the Saint-Tropez city. Entirely renovated by David Granata, this new address is to be discovered urgently during the summer holidays!

A stone's throw from the Place des Lices, at the bend of an exotic garden, shelters under the foliage the Salama restaurant, designed as an oasis of well-being for an oriental stopover. Formerly Villa Romana, the Salama shines with its architecture and decoration imagined by David Granata, oscillating between tradition and contemporary. It is the meeting of the Maghreb and the Côte d'Azur.

This veritable oriental cocoon relies on warm colors and the accumulation of pieces sourced in Morocco to welcome a chic and trendy clientele. Ornaments straight from Marrakech and made by local craftsmen adorn the interior and exterior spaces of the restaurant.

Tapestry, decorative plates and mirrors adorn the walls which house ceramics and basketry in their niches. Tadelakt lime plasters are made using an ancestral technique widespread in Morocco and originally used to waterproof the walls of hammams.

The amber lighting of the oriental brass and straw suspensions signed Rock the Casbah and the saffron velvet chairs warm the room and bathe the space in a golden Saharan light.

The restaurant is divided into alleys of vaults shaped in pink ocher masonry. In the center stands the Salama bar, where customers linger both to explore the signature cocktail menu and to admire the magnificent ceiling made to measure using a technique of laying out the rattan carpentry.

Between Mediterranean simplicity and ethnic flair, the restaurant offers cuisine with typical Moroccan flavors for a taste odyssey through the Orient. 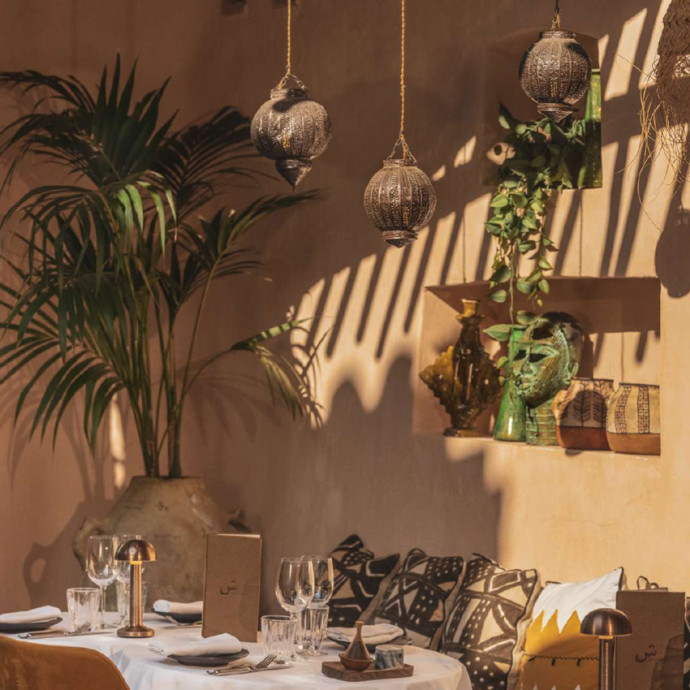 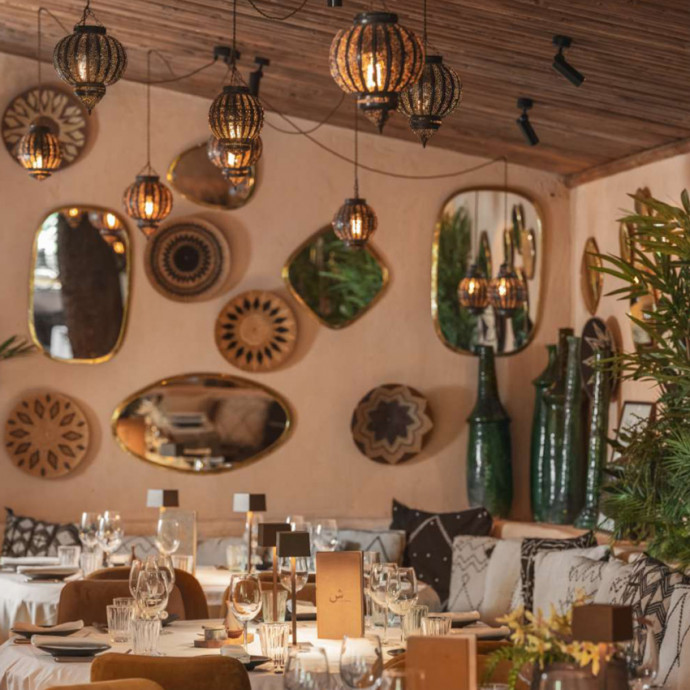 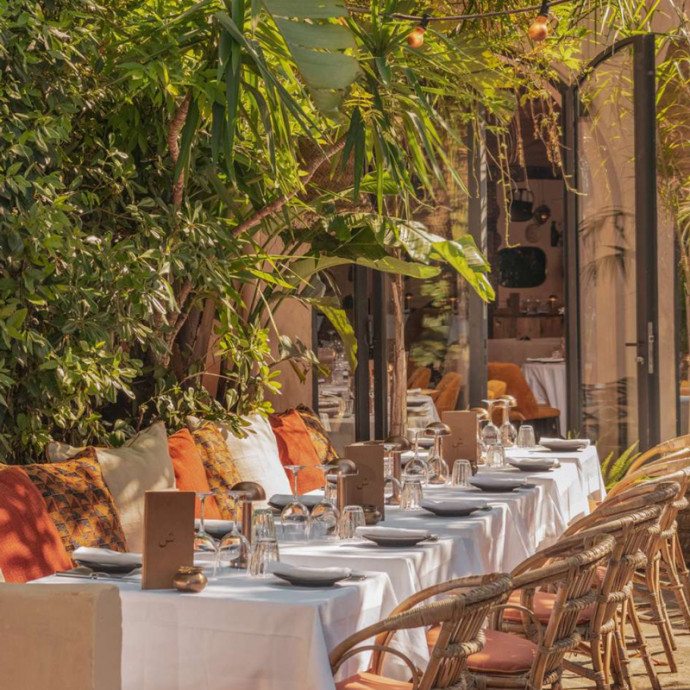