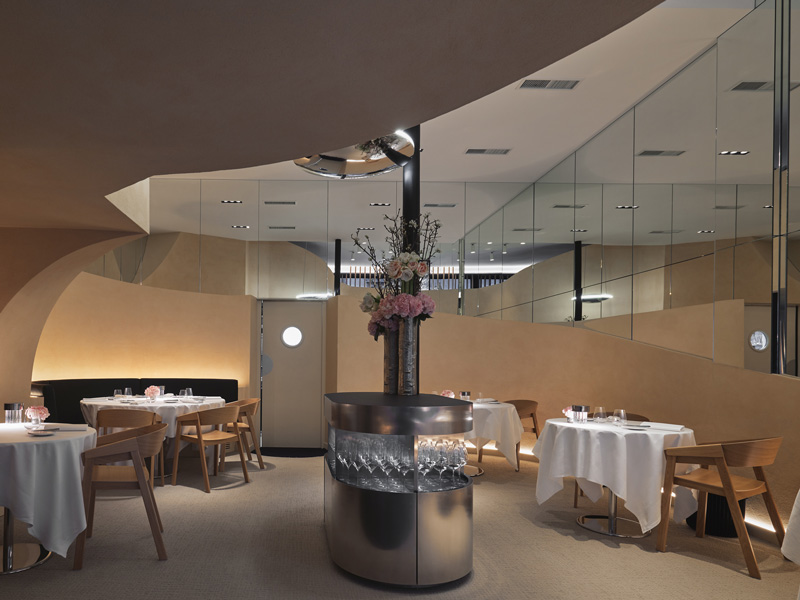 Originally from the city of Okayama in Japan, chef Terumitsu Saito has been working in France since 2007, after having officiated in several starred restaurants in Japan. He and his team have recently been at the helm of Ōrtensia, a setting with around twenty seats a stone's throw from the Trocadéro in Paris.

It is all the talent of this discreet chef with precise, subtle and poetic dishes that the architecture and design studio CUT Architectures has chosen to transpose into a neat and refined decor, mixing French inspiration rich in multiple influences.

The whole challenge of Ōrtensia lay in creating a place at the crossroads of cultures, like the cuisine of chef Terumitsu Saito. These are the atmospheres of French and Japanese cultures that subtly mingle, between screens and furniture in natural oak, curtains of felted fabric, neutral and warm tones and textured clay coatings.

The mastery of dishes made at Ōrtensia is reflected in the introduction of contemporary details with clean and neat materials. Suspended in space and as a focal point on the tables, futuristic lighting elements provide an unexpected touch. The sideboard and the cloakroom vanish in a treatment of fine curved blades of brushed stainless steel while the mirrors in the upper part chisel the space, like the precise, exquisite, light and fresh plates. 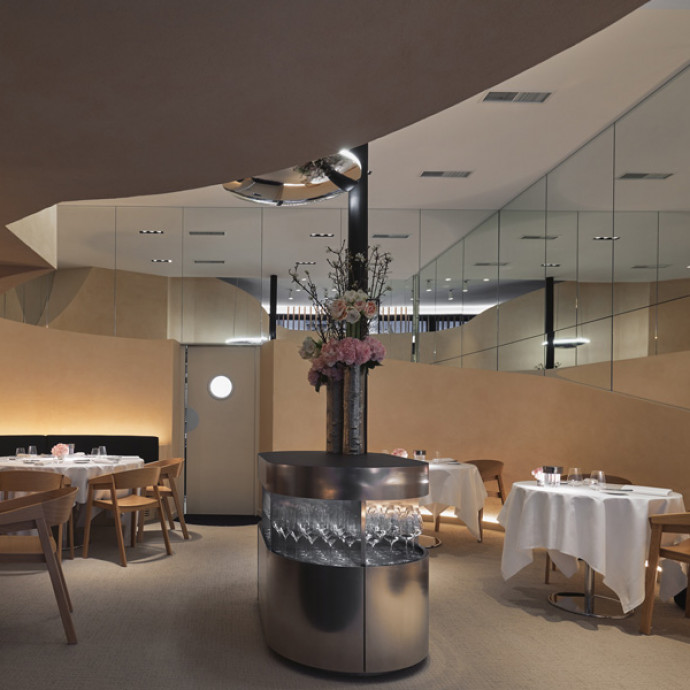 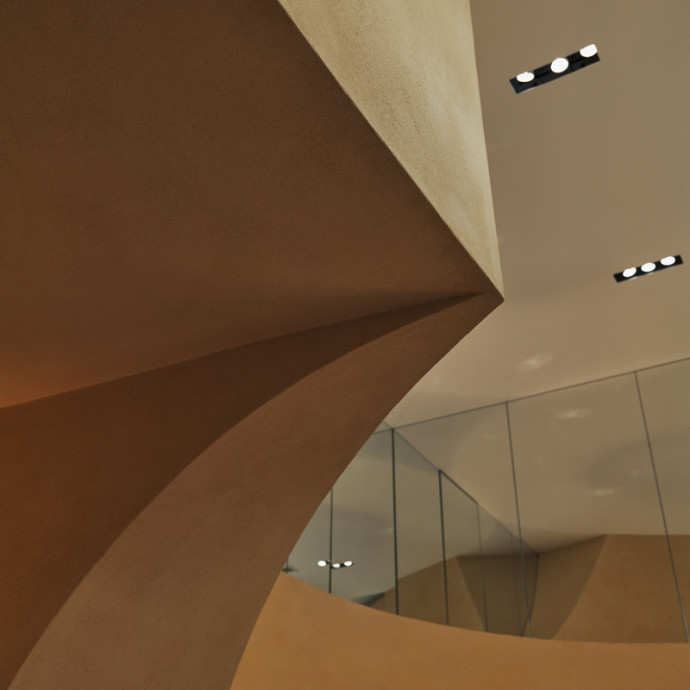 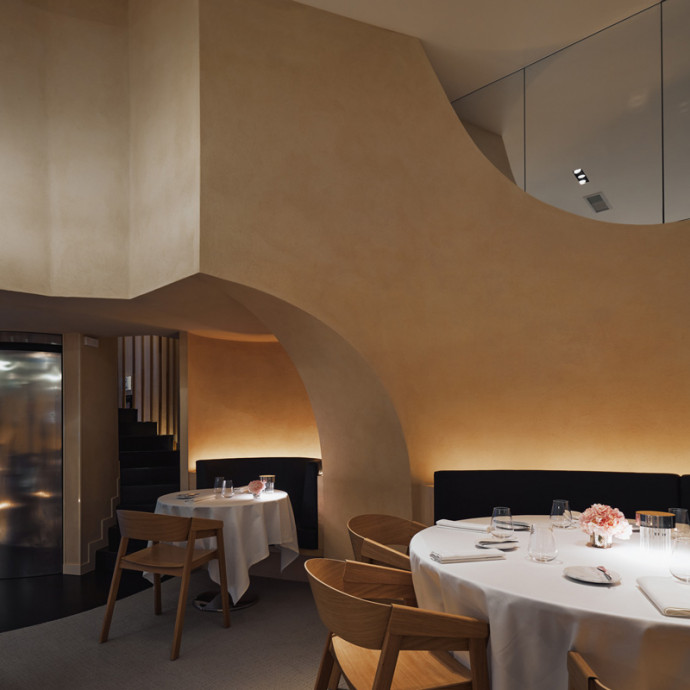 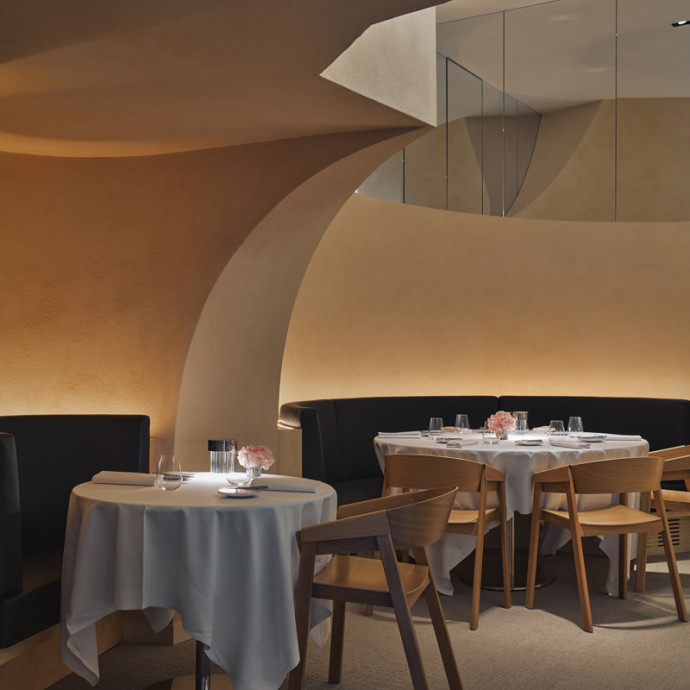 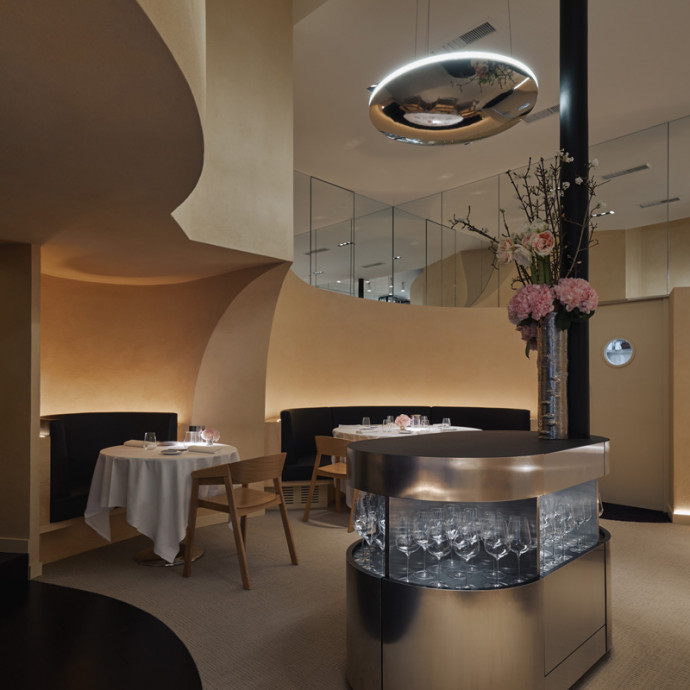 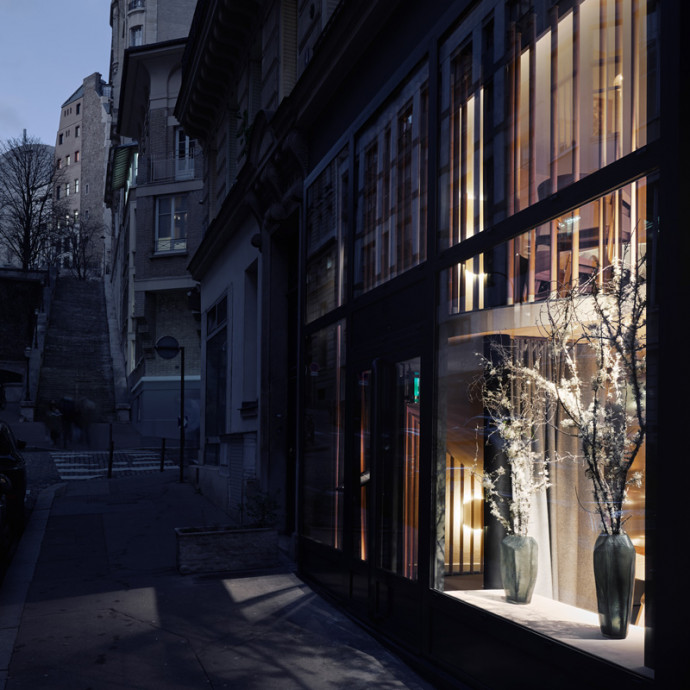