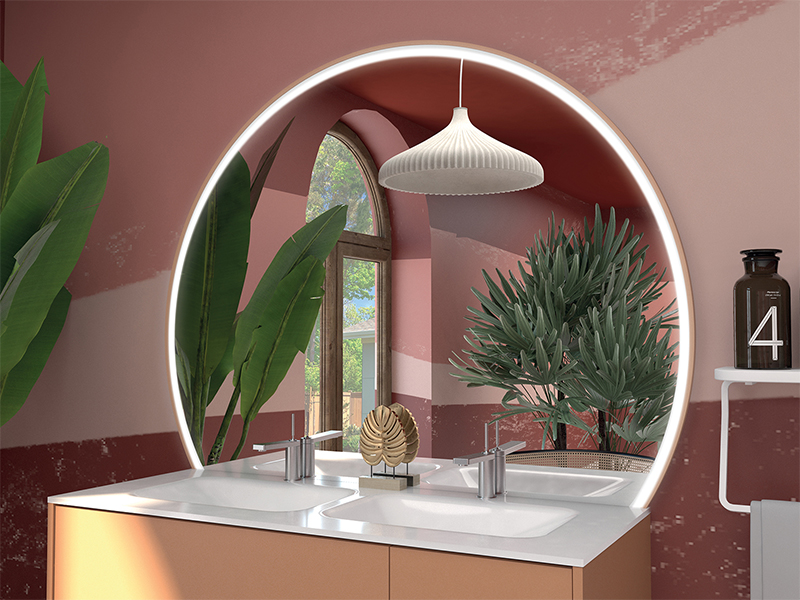 Fly me to the moon. In the shape of a semicircle, and with its exceptional dimensions, one of the latest additions to the Sanijura mirror collection sends us to the moon. A new feat of the brand which signs here an object which gives large bathrooms a perspective little explored until now ...

With a diameter of 140 cm, Moon + stands out with its excessiveness. In front of this oversized mirror, anyone who likes to dream. Brilliant by its marriage with a multitude of shades, Moon + signs a subtly chic style with even a slight touch of romance. Its color chart of 38 lacquers allows its frame to fit into any decor ... In fact, if it is ideal in water rooms, it can also dress up a bedroom or living room by being installed above it. 'dresser.

Without ever ceasing to surprise us, Moon + can be personalized at will. With its satin finish, this extraordinary mirror, placed on a large wall, impresses.

Its reflection surface is such that with a little hindsight, it is possible to see each other on the same level. And to optimize the “Wow” effect of the object, Sanijura offers it with an LED backlight placed on the periphery. Then emanates from the mirror, a large beam of light from which Moon + takes its name.

About Sanijura:
Known for its bathroom equipment, Sanijura has been developing exceptional products for more than a century, paying particular attention to the most complex demands of its customers. It was by responding to a call for tenders for medicine cabinets in 1960 that Sanijura invented the first French bathroom cabinet. Sanijura's creativity was then illustrated in the creation of modular and turnkey furniture.

Editor's choice:
Dazzling with its excessiveness and design, Moon + irremediably attracts the eye. Of rare elegance, this XXL mirror could even be sufficient on its own because it is so beautiful ... Completely won over, the editorial staff awarded it the Muuuz International Award 2021 in the "Interior equipment / Bath equipment" category. 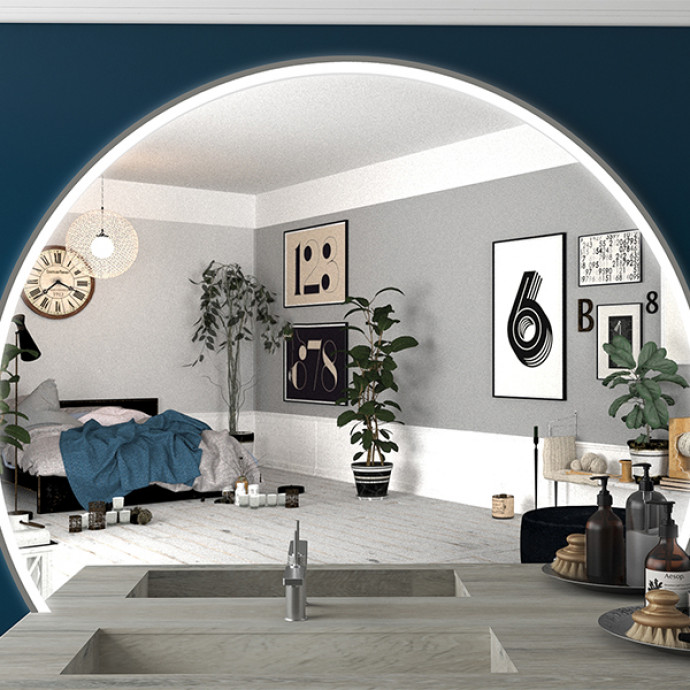 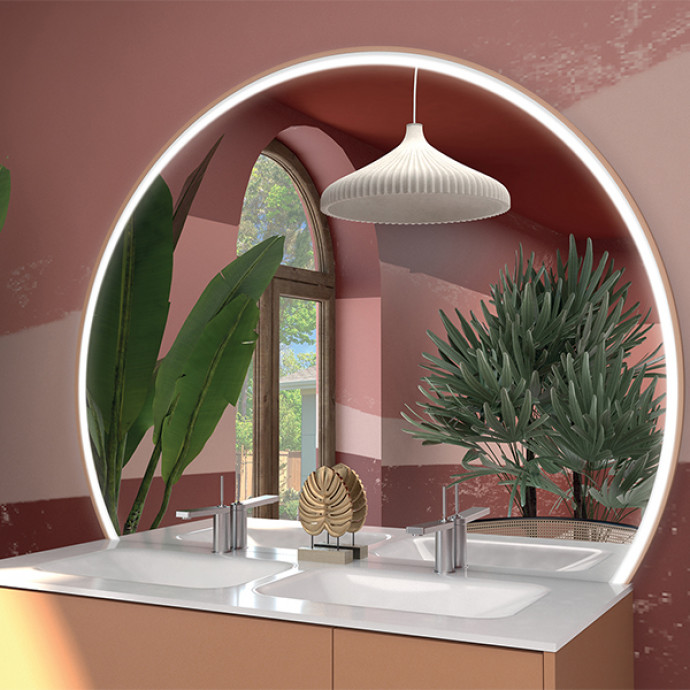 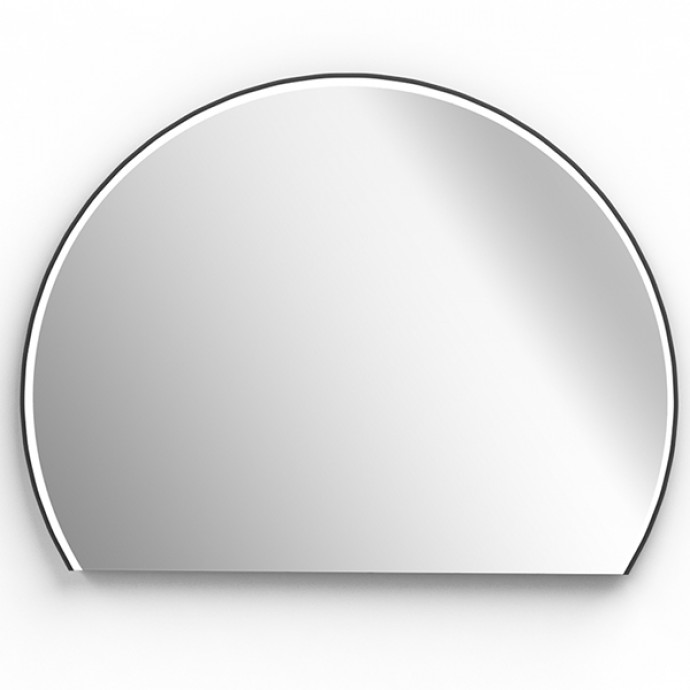