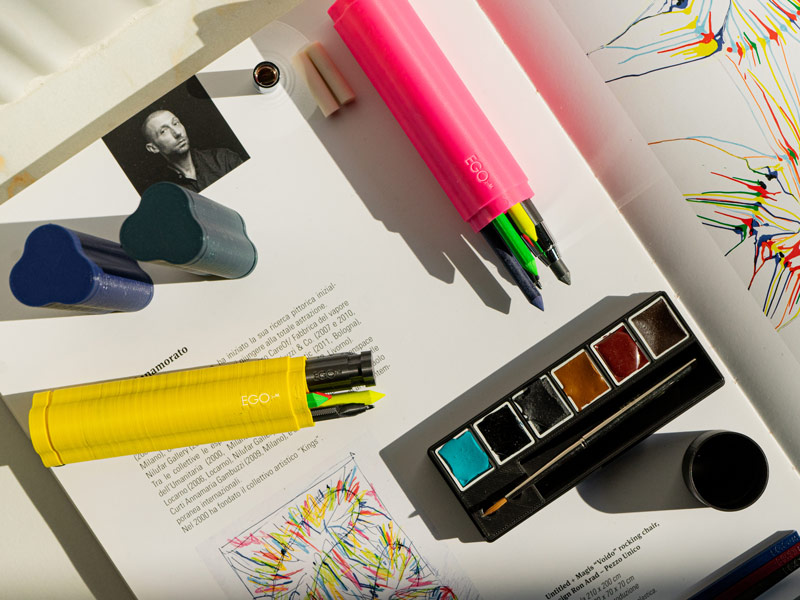 Giovanna and Carlo Castiglioni recount having found, hidden behind the large angular mirror in their father's studio in Milan, the prototypes of this unprecedented project by Achille Castiglioni, the last of his career, co-signed with the architect Gianfranco Cavaglià : writing instruments.

The wooden prototypes, produced by renowned cabinetmaker Pierluigi Ghianda, reproduce the arched trilobed shape studied by Castiglioni and Cavaglià which, thanks to its characteristic ergonomics, represents the true alliance between mind, hand and object, and has the particularity of not rolling on the table (“this aspect seemed to us of a certain interest”, recalls, smiling, Cavaglià).

The project sat in the back of a drawer for many years, in the absence of an indispensable and precise interpretation of the original design objectives and the investments necessary for such a complex production, due to the unusual shape chosen. . Then, in 2020, the Fondazione Achille Castiglioni and Gianfranco Cavaglià met EGO.M, a young Italian design studio, to which they entrusted the development, engineering and production of the project, revealed on the date of the 103rd anniversary of Achilles: February 16, 2021.

Respectful and aware of the responsibility incumbent on them, and once known the basics of the project, its ethos and original intentions - that Cavaglià transmits to them during the year of collaborative work - EGO.M concentrates on the realization of the instruments.

During the constant dialogue with the partners, the project drawings were carefully analyzed and three of the wooden prototypes were selected for production: a mechanical pencil, a multifunctional art pencil and a fountain pen in a pocket version. The selection does not happen randomly but is part of a specific project: the mechanical pencil represents the technical drawing, the multifunctional art pencil is chosen for its practicality and suitable for many uses, while the pen feather was deliberately chosen in a pocket version for its current, unconventional side and closer to younger generations.

In this collection the rigor, engineering and structural development, fruit of the collaboration between EGO.M and the architect Cavaglià, coexist with the finesse and irony of each project by Achille Castiglioni.

The original characteristics of innovation, sustainability, respect for quality and cost control that the architect Castiglioni had attributed to the project to ensure that it was as democratic and accessible as possible, have in fact been fully interpreted and respected. by the EGO.M team since these values ​​are the basis of their philosophy and their modus operandi.

The three-dimensional printing technique (Fused Deposition Modeling) was selected for the production: thanks to its versatility, it was able to provide the unique shape precisely sought. It is interesting to note the existence and application of a technology that has allowed the realization of a project left in a drawer until now for production issues.

The 3D printing process is based on the technique of additive manufacturing which, starting from an empty space, allows the printer to deposit the material only where it is necessary, layer by layer, up to the top of the object, by making it without any waste.

In this kind of process, attention to materials – so dear to the architects Castiglioni and Cavaglià – is fundamental. EGO.M therefore then focused its study on finding an innovative material for the world of writing that could also interpret the fundamentals of the project. The choice of graphene - composed of a monoatomic layer of carbon - immediately imposed itself for its characteristics, its color and for its natural finish. It seemed interesting to finalize the concept of writing using writing itself as the main material: a pencil made of pencil or, better, made of graphene!

3D printing also leaves a particular texture on the objects: a trace, like a scar, which represents a value, a sign of authenticity which certifies the slowness of production and the uniqueness of each piece. In addition to their softness to the touch, the instruments also have a knurled handle that allows a comfortable grip, also due to their pleasant lightness which, says Cavaglia "with the architect Castiglioni we retained an absolute positive characteristic for an instrument of writing”.

With this production technique each piece is made individually, so that it can be called industrial craftsmanship. Slow build, side thickness and other important print parameters determine the final stiffness of the object, making it impact resistant. 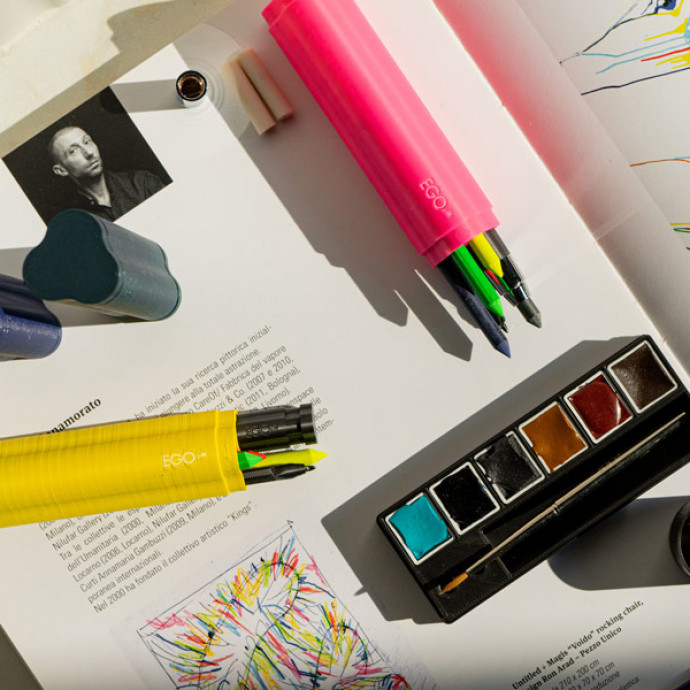 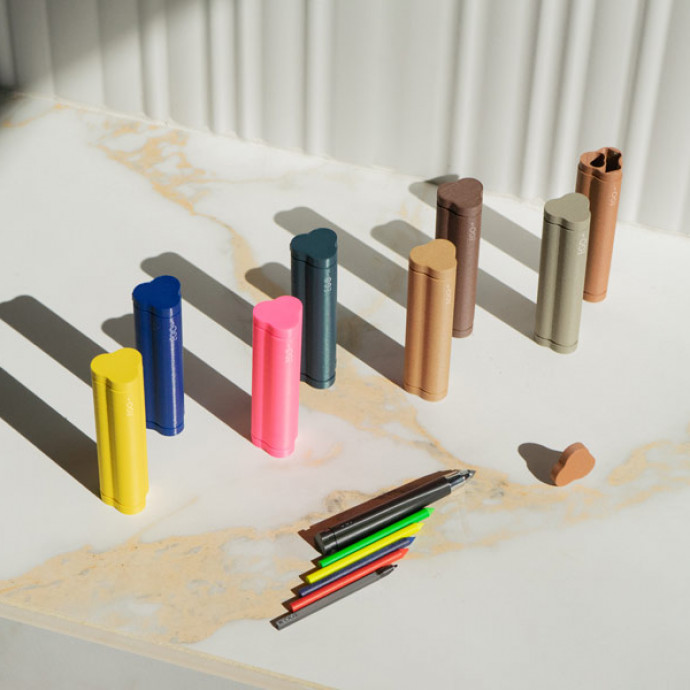 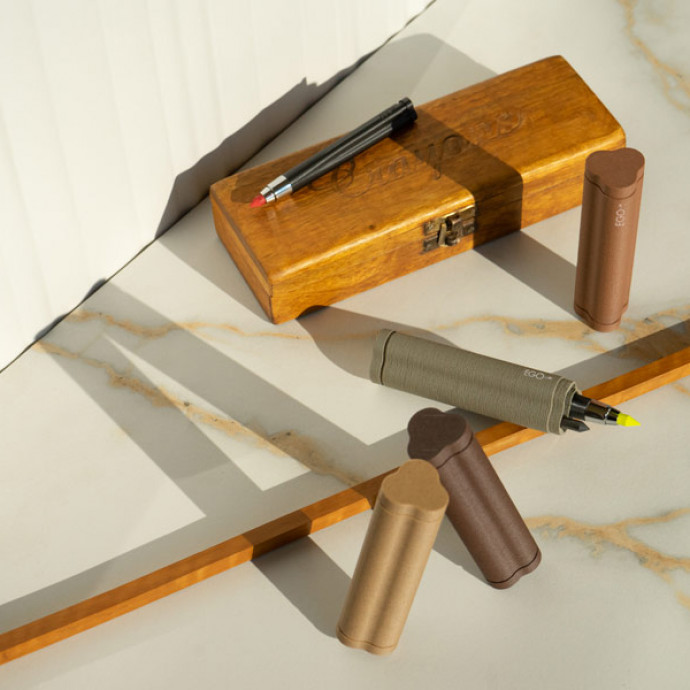 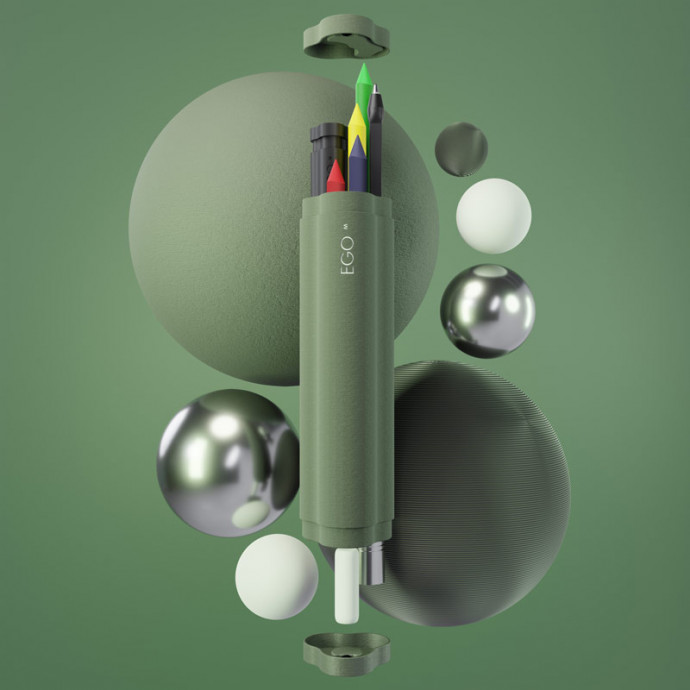 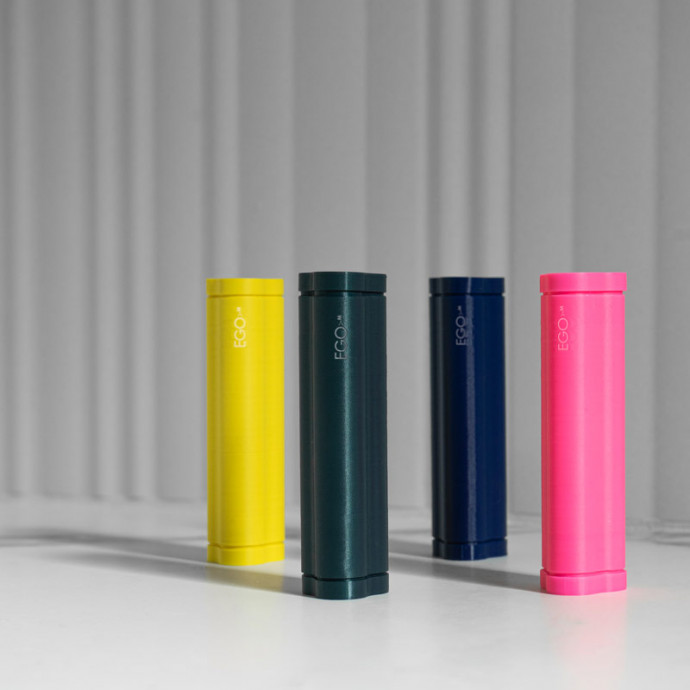 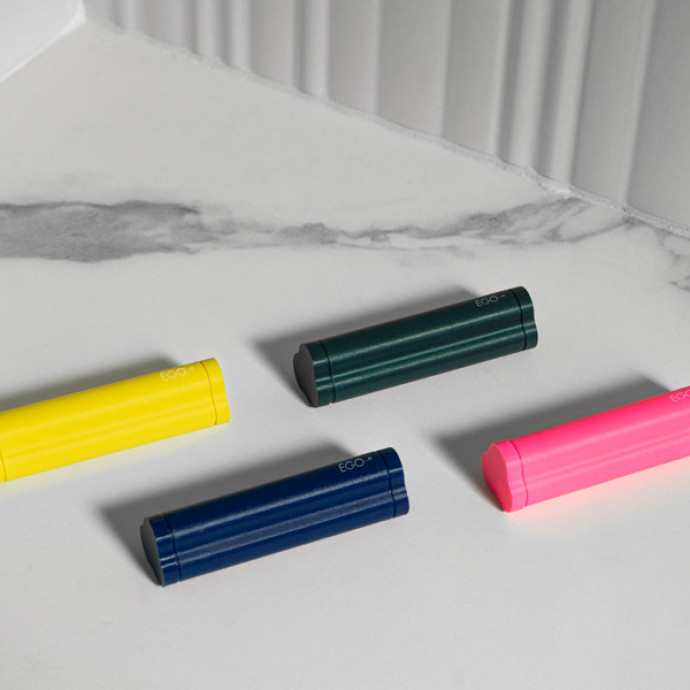