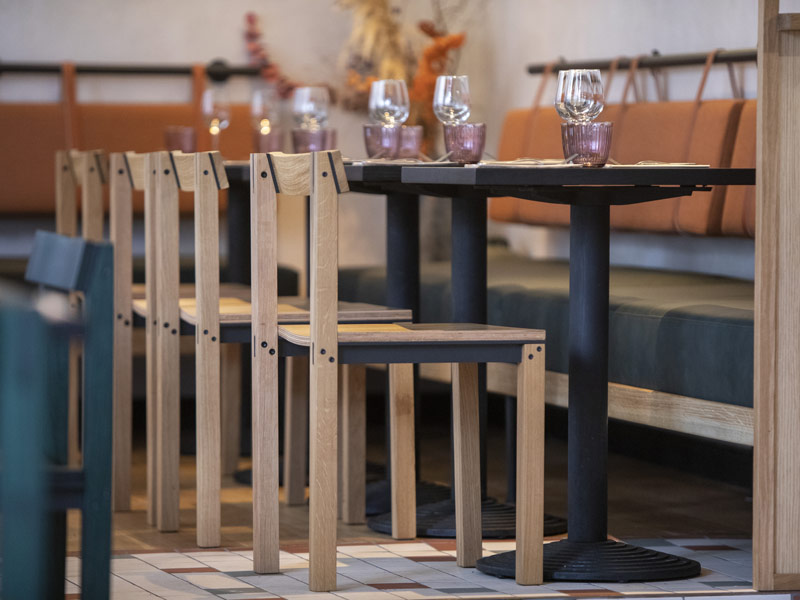 Kann Design is once again associated with the architect Marine Castanier. This new collaboration is part of the Seoul Mama restaurant project in the 5th arrondissement of Paris...

"A refined atmosphere, simple but not simplistic, with significant details", it is in these terms that the architect Marine Castanier describes the result of the Seoul Mama project. For this second branch of the restaurant, located in the 5th arrondissement of Paris, Kann Design, Marine Castanier and chef Manoj Sharma wanted to retain the very friendly neighborhood canteen spirit that was already the signature of the first establishment.

The teams have chosen not to type the space according to the Korean cuisine served, preferring to offer a place with simple and neutral refinement. Two environments rub shoulders there: first of all the restaurant spirit, with its Tal chairs and custom-made benches; then a second, rather afterwork, materialized by the dressing of the bar and the Galta high chairs, suitable for tasting cocktails.

The Tal chair in green stained oak was a starting point for the architect Marine Castanier. "I went with a colorimetry around green that I wanted to contrast with the terracotta of the fabric and the leather laces of the seats, the black bringing the graphic touch", she explains.

Seoul Mama thus becomes a Korean bistro bathed in daylight, with a peaceful and minimalist atmosphere, where the overall coherence is carried by the demanding editorial work of Kann Design. 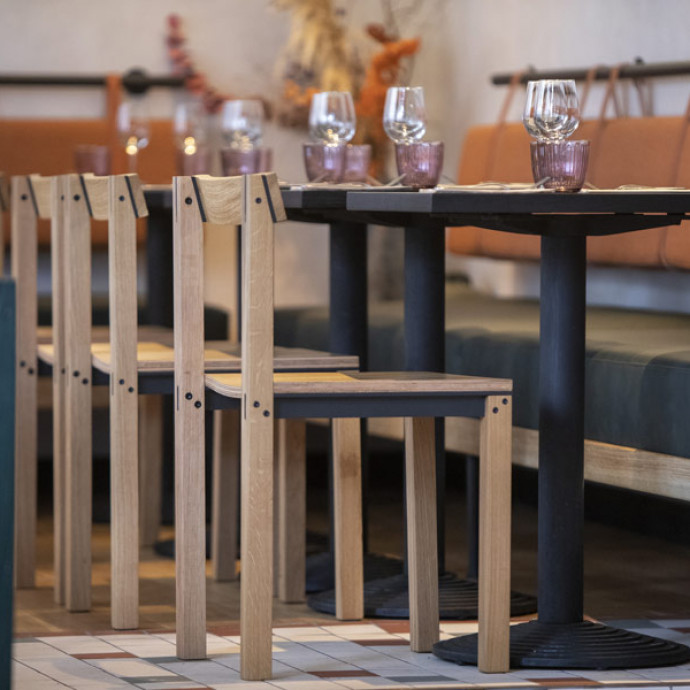 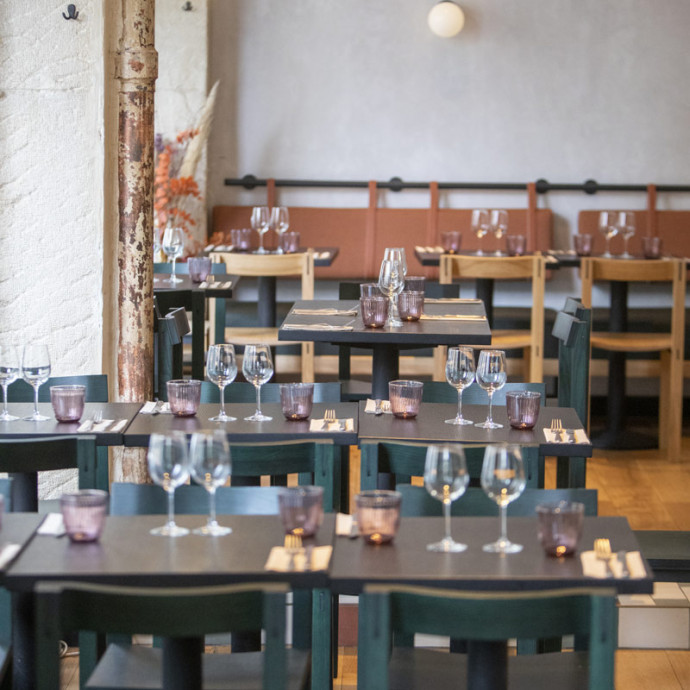 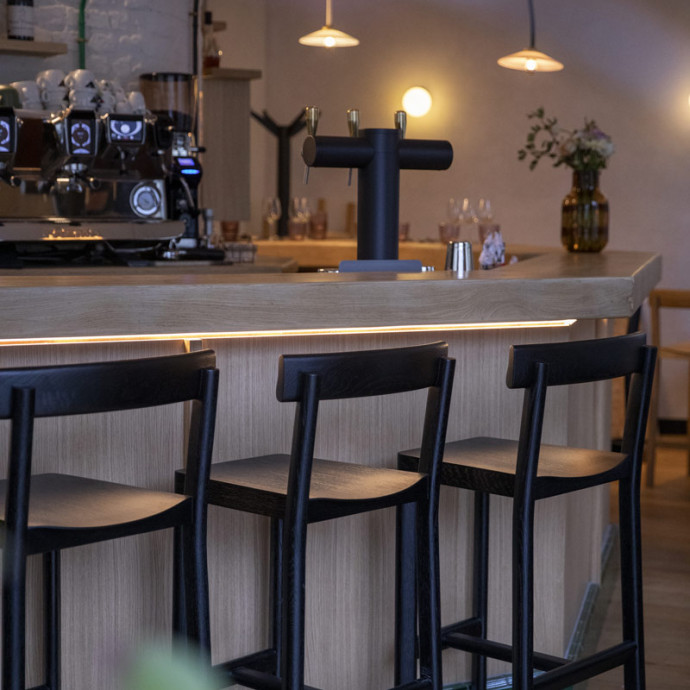 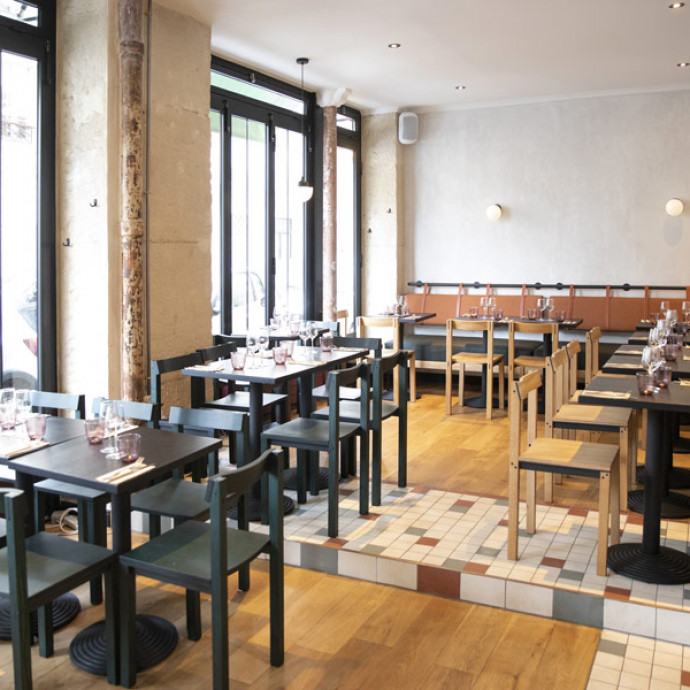