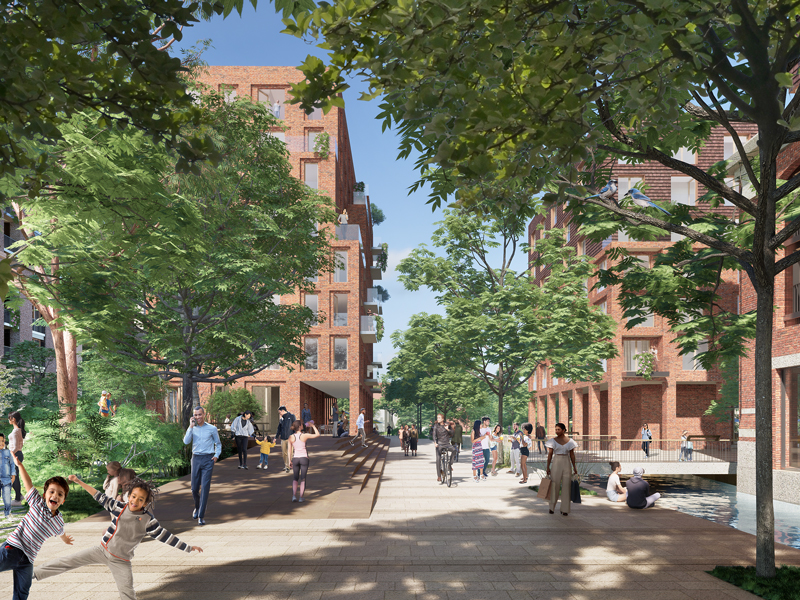 The Grands Moulins de Corbeil-Essonnes are taking shape again with an ambitious transformation project led by the Vincent Lavergne Architecture Urbanisme agency for Cogedim and Histoire & Patrimoine. A look back at this major operation...

A jewel of the industrial heritage of the town of Corbeil-Essonnes, the former flour factory known as the Grands Moulins (owned by the Soufflet group, recently acquired by the InVivo group) is about to undergo a major transformation. Cogedim and Histoire & Patrimoine, named winners of this call for projects initiated by the Soufflet group accompanied by its JLL consultant, have chosen the Vincent Lavergne Architecture and Urbanism agency for the transformation of the site alongside the MAES agency, architects and town planners, for the rehabilitation and transformation of the former Moulins building.

This architectural, technical and environmental project, entrusted to VLAU, is designed in a process of consultation with the inhabitants of Corbeil-Essonnes and the actors of the territory. Here, the site aims to create a new urban center characterized by a mixed program that respects the industrial heritage of the site. A transformation of the Grands Moulins which will contribute to reinventing the relationship of the city center with the Seine and the Essonne, and thus put into narrative its medieval, industrial and natural heritage in the service of the ecological transition.

The existing heritage buildings will be renovated, transformed, rehabilitated, raised and supplemented by two batches of new constructions. All the existing buildings will be enhanced and amplified in order to provide maximum light for the housing. 100% pedestrian, the development aims to reduce carbon emissions, in order to offer a peaceful living environment to future residents. 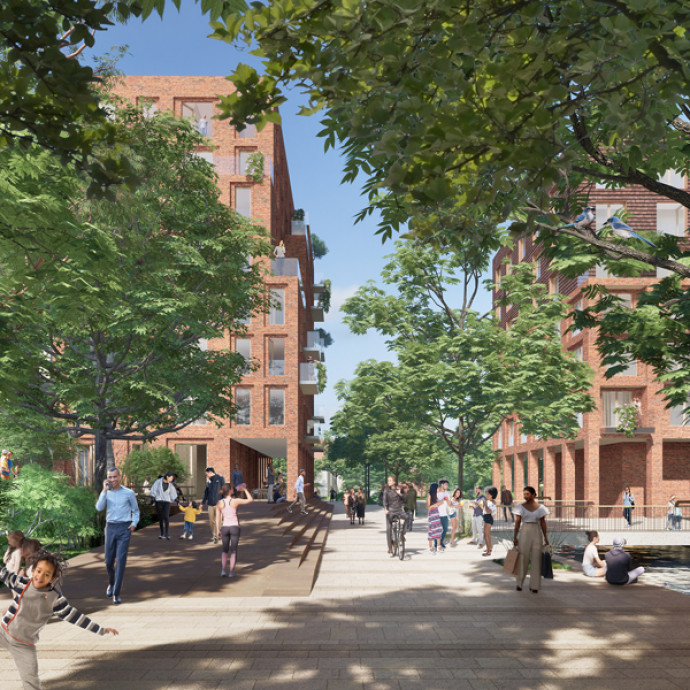 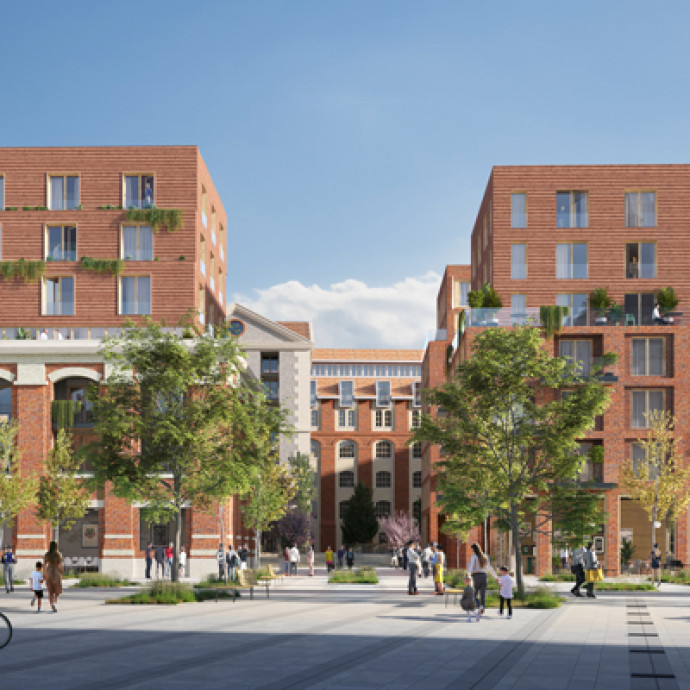 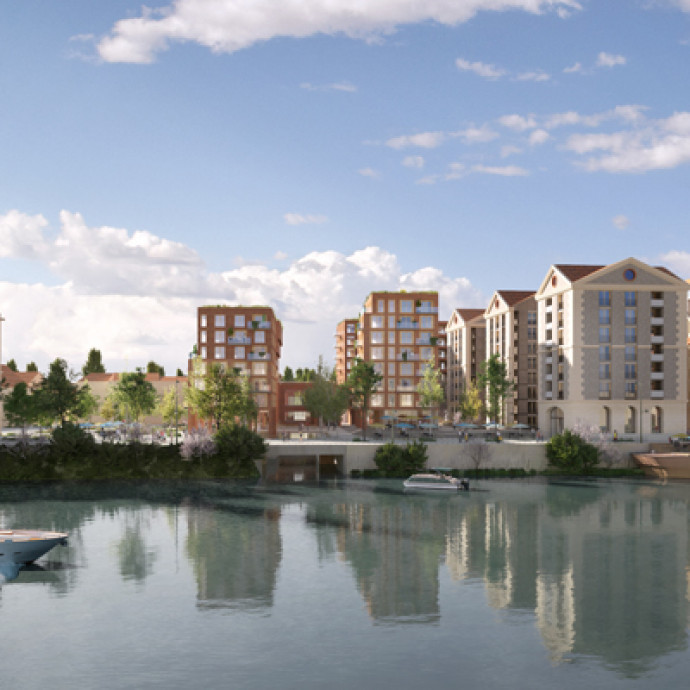