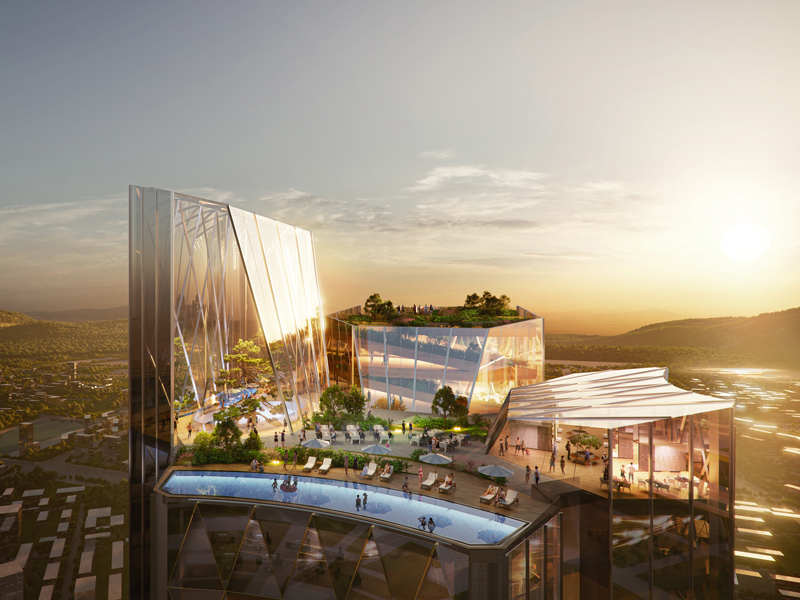 Nanjing, the ancient capital of southern China, is a bustling commercial center on the banks of the Yangtze River that occupies a central position in the Yangtze River Economic Belt. Soon, its historical center will be completed by the new Jiangbei district, a contemporary urban area that integrates culture, tradition, identity, ecology and nature with the spirit of innovation.

Ole Scheeren's Nanjing Nexus project was chosen as the winner by an international jury who highlighted the qualities of the project, namely the creation of a future landmark of the city through a relationship between local culture, the landscape and the river. Through its architecture, it aims to connect the past with the challenges and expectations of the future.

The architectural form of Nanjing Nexus deviates from the typical rectangular tower by carving its stem into an octagon and sculpting each facet into a concave bay, harnessing the energy of the context and embracing the surrounding city. The eight bays are divided horizontally and staggered vertically to create offsets and form a skyline, with large urban windows opening to accommodate various programs and communicate building activity to the city.

Ole Scheeren creates here a dialogue between the small scale of a historic village and the large scale of the vertical and contemporary city, uniting them by converging history and modernity in a new whole.

"Nanjing Nexus is a building that explores the question of how contemporary architecture can absorb, and indeed amplify, historical context and meaning by fusing the qualities of the past with the demands of a workspace oriented towards the future. future in the verticality of a towering office tower.The convergence of past and present is not just a matter of formal gestures - it is about creating real experiences and spaces with specific emotional and experiential qualities ", says Ole Scheeren, director of Buro-OS.

The concave surfaces of the three-dimensionally textured facade are designed to optimize the building's solar performance and reduce structural wind loads, while reflecting light reminiscent of the shimmering and rippling waves of the Yangtze River.

Nanjing Nexus features an elegantly simple and economical design that can be adapted to multiple scales and functions. Its immediate neighbour, a 100 meter high satellite tower, is designed as an adaptation of the octagonal figure to create a small-scale version of the very tall tower. Together, they form a new landmark in the future Jiangbei district of Nanjing.

A resolutely forward-looking creation by Buro-OS. 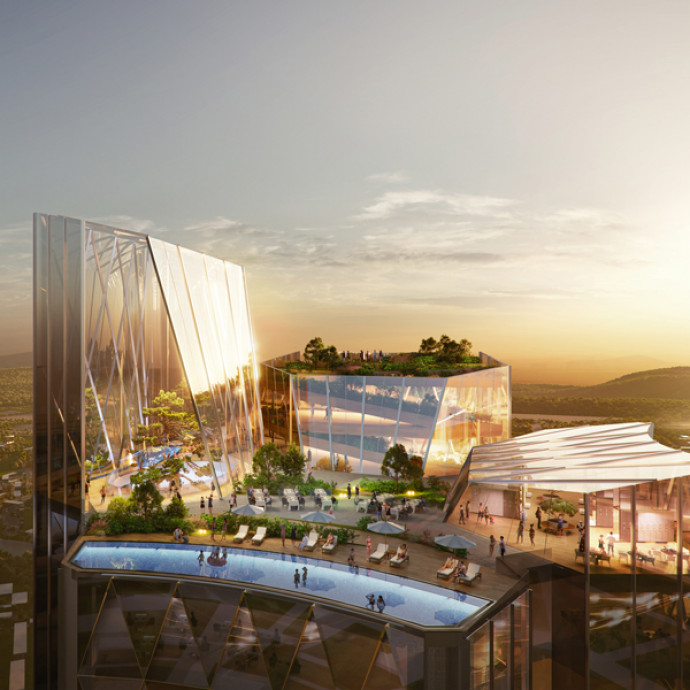 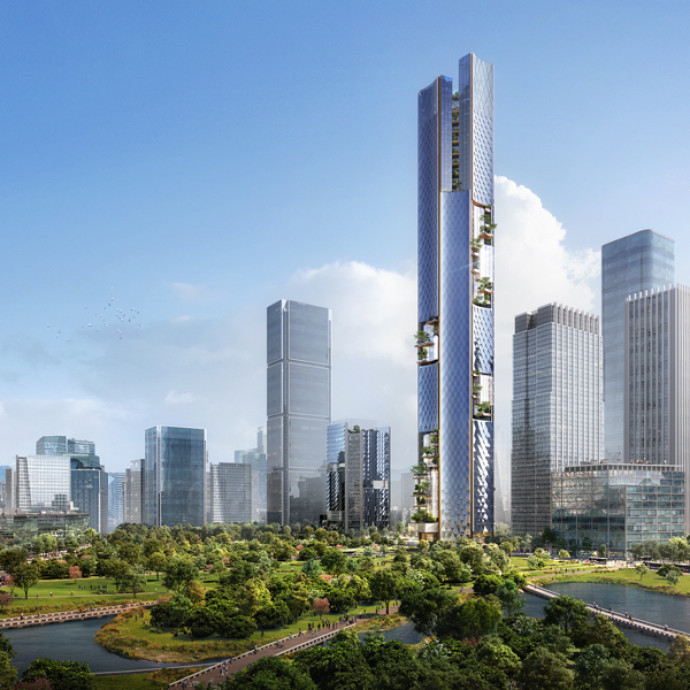 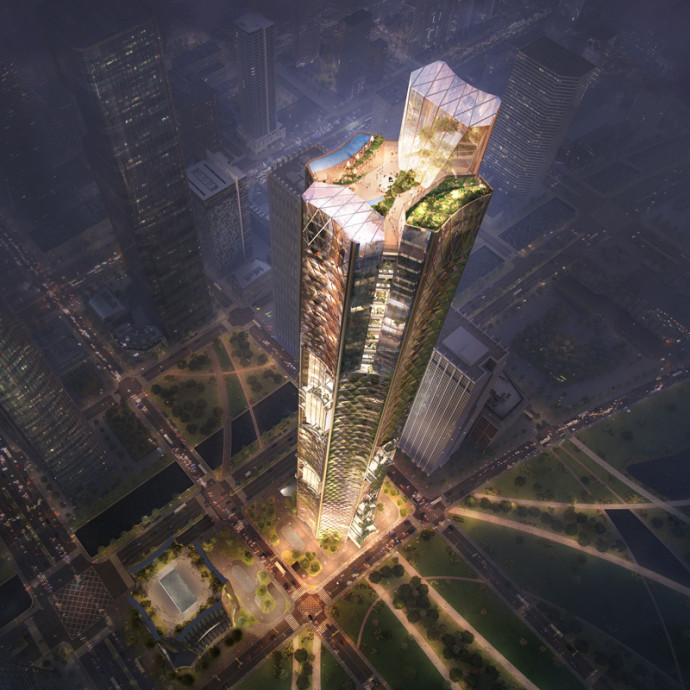 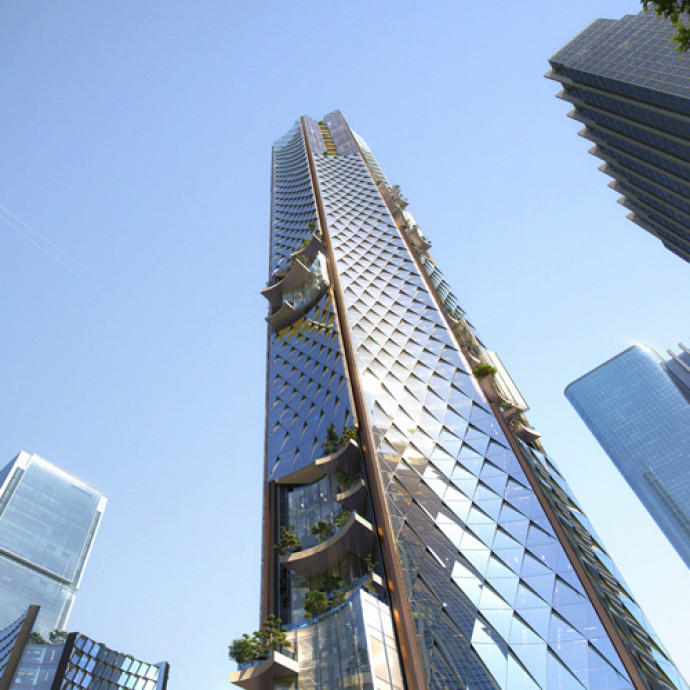 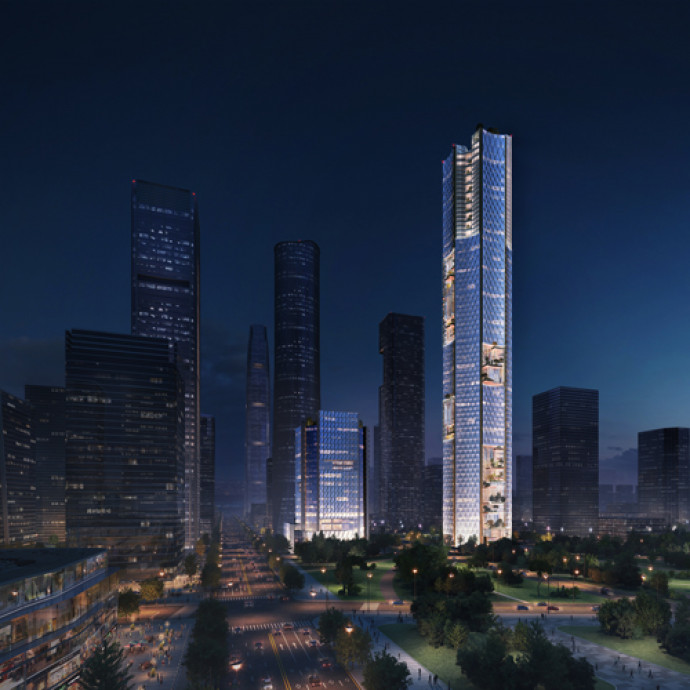