The agency H2o Architects shows us its redevelopment of an apartment in Les Menuires. In this area only 55m2, Charlotte Hubert, Jean-Jacques Hubert and Antoine Santiard realize a project between furniture and architecture, offering 8 2 beds and bathrooms and increasing the living surface without touching the bearing elements.

"The agency has been asked to reflect on the redevelopment of an apartment in the ski resort of Les Menuires. Built-in end of the central building built in the 1965 years, it has a triple orientation untapped by . very compartmentalized original organization the unusual request was to solve the impossible: increasing the surface of a living room without disturbing the bearing elements offer 2 bathrooms instead of the existing one, keep the number sleeping, 8 55 beds m² while maintaining maximum separate circulations for each.

To maximize the relatively small space and forced, we decided to reverse the perspective and not trying to fit furniture in the apartment but the apartment in the furniture! As incredible as this view may seem, it lifted instantly any blockages which manifested at the sight of the development of a small space.

A large wooden curve crosses the entire space. It brings together all the functions, to generate a large living space and towards the panoramic mountain views. This furniture fits in wall thickness of a variety of everyday uses nested within each other. Seating are joined to storage, the beds are superimposed, reading corner grafted to an interior window, leans against the kitchen a bathroom. It is now the furniture itself that makes the space; it clutters do more, better, it releases a generous space and maximizes its primary function.

A secondary system of privatization of sleeping spaces are organized with curtains that wrap around the existing central wall. The central space is covered in white, in the direct spatial continuity of the surrounding terrace.

The interior atmosphere refers to the language of the mountain in a contemporary treatment. Ambivalence functions remain in niches that serve as the storage, to form scale or fit the inner through-views. The playfulness is also organized in the micro-scale of his sleeping perched, climb it to find its readers, its tablet, its storage and cozy and protective nest.

The entire layout is treated with a single wood material, a light birch plywood against for interior spaces and an American walnut veneer-cons to the curved wall. " 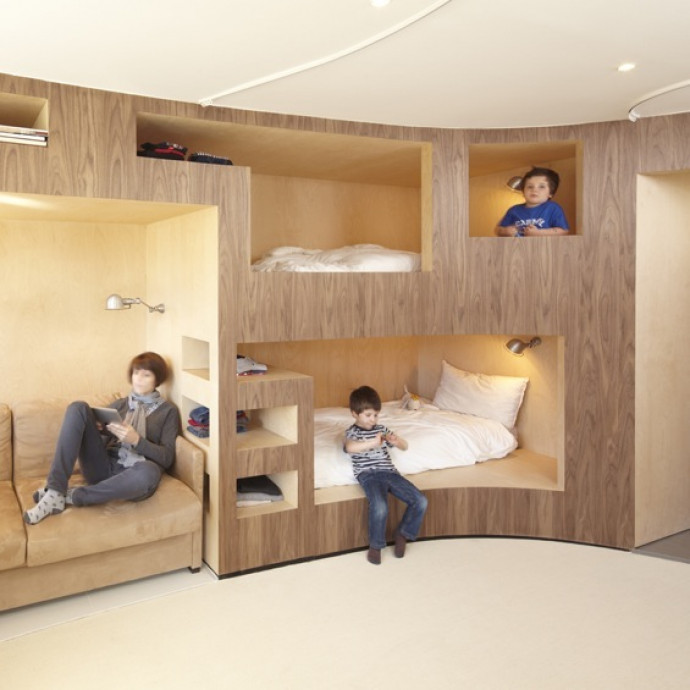 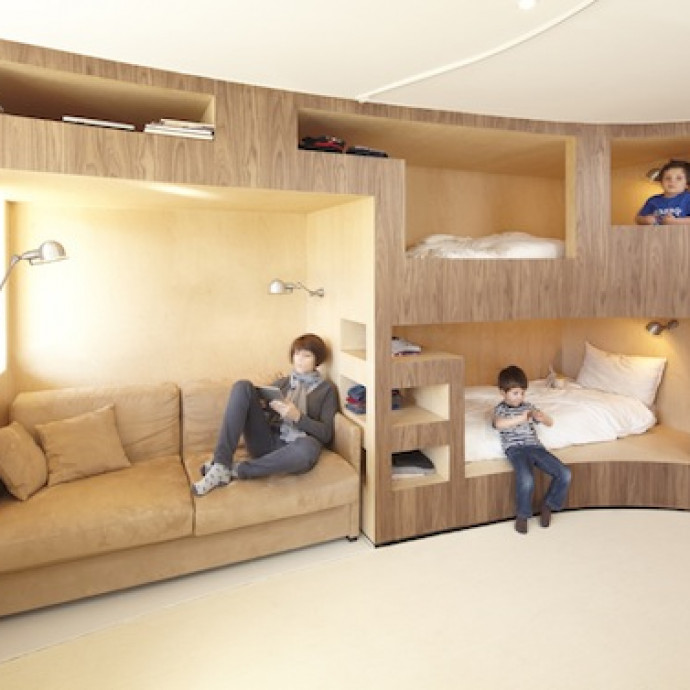 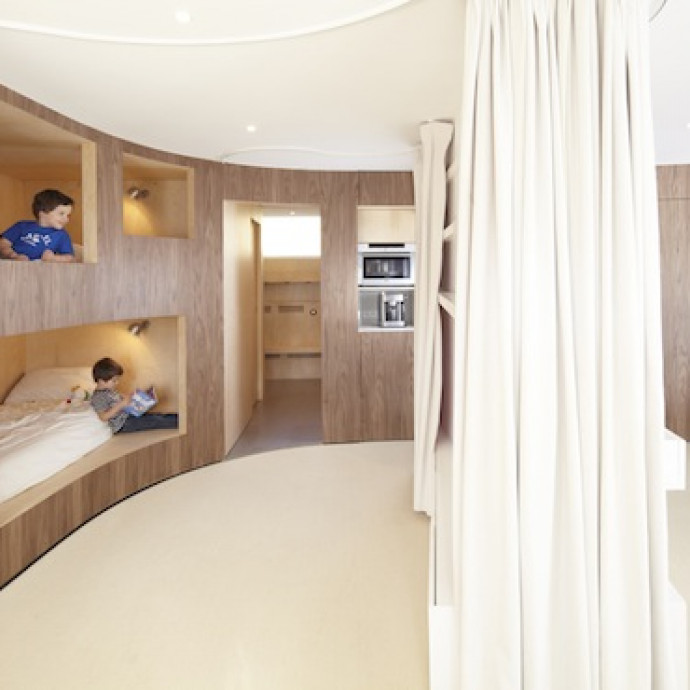 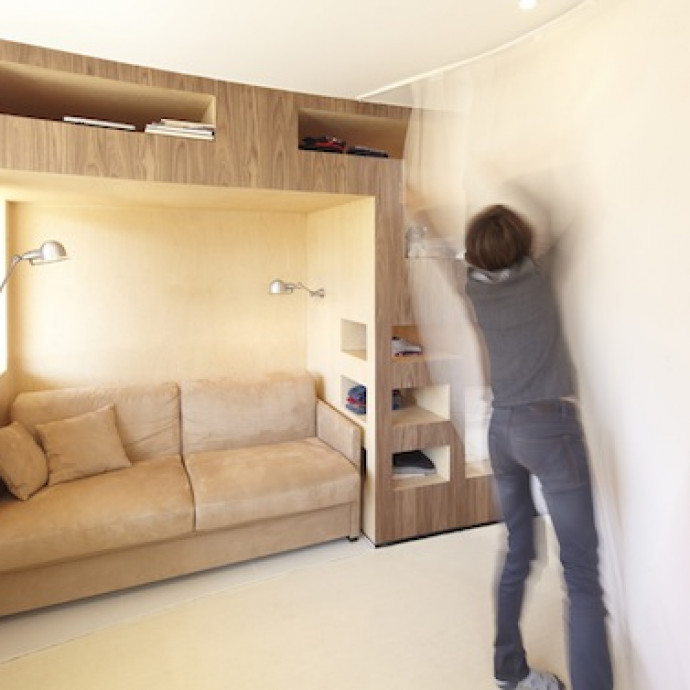 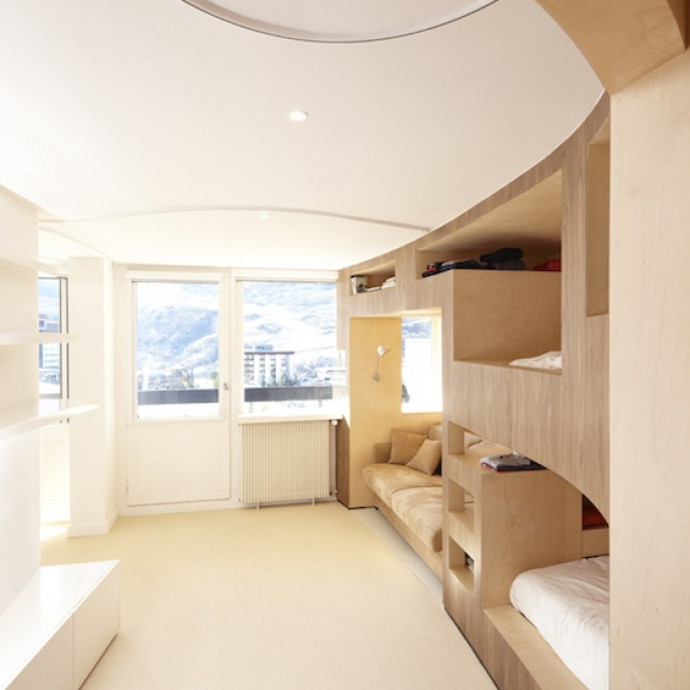 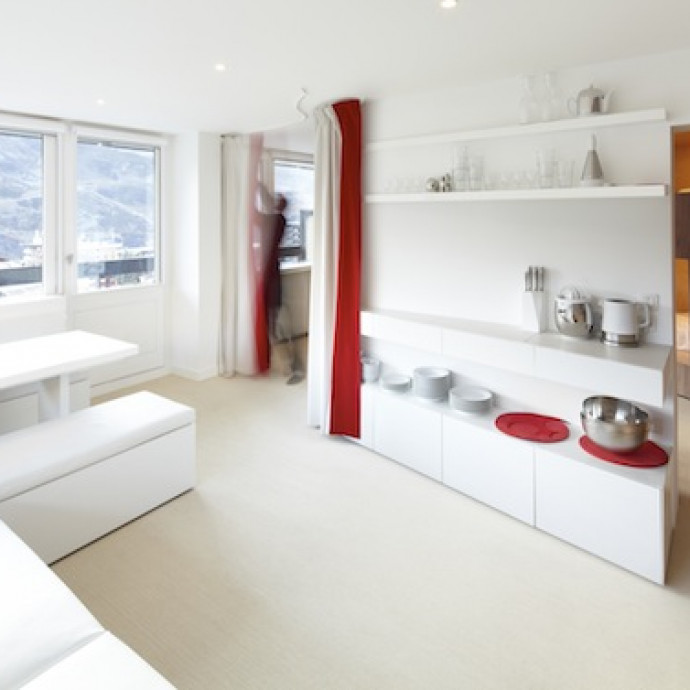 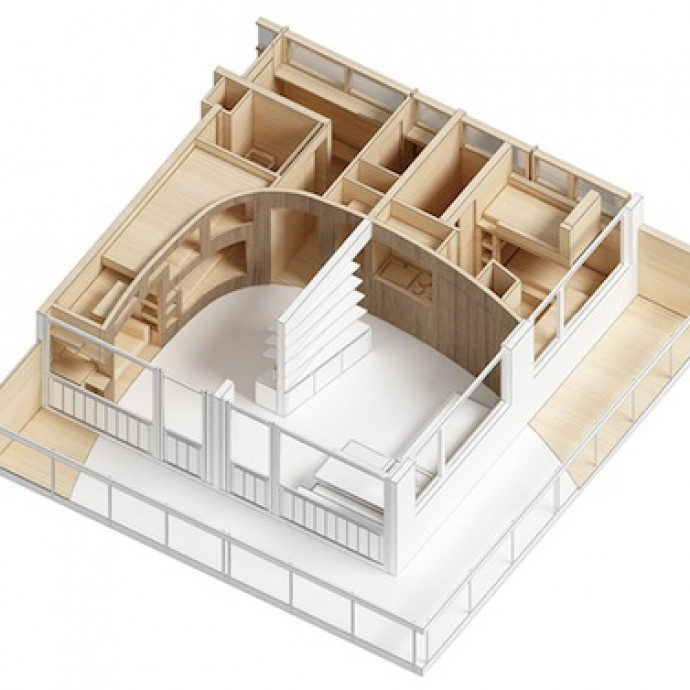 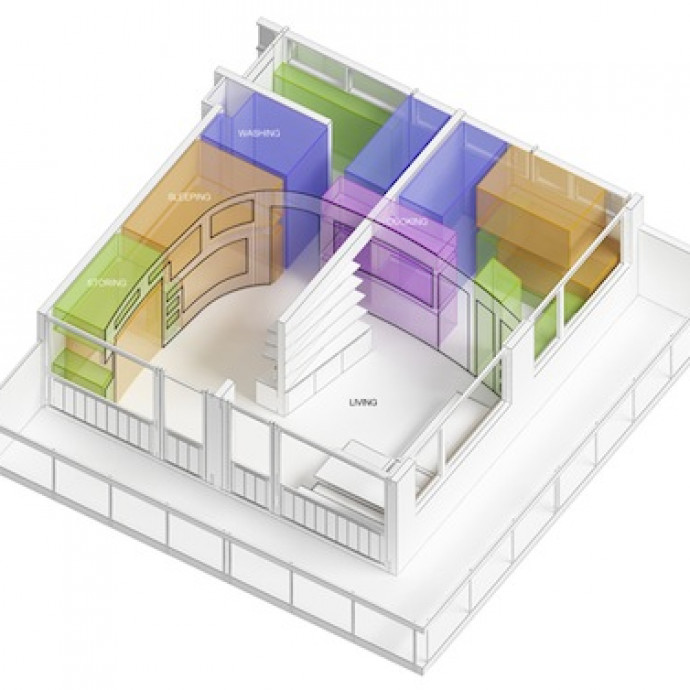 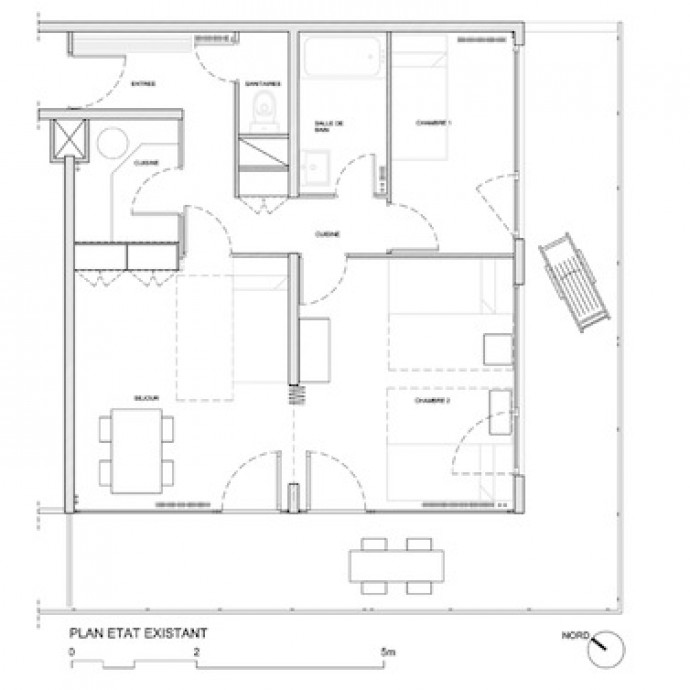 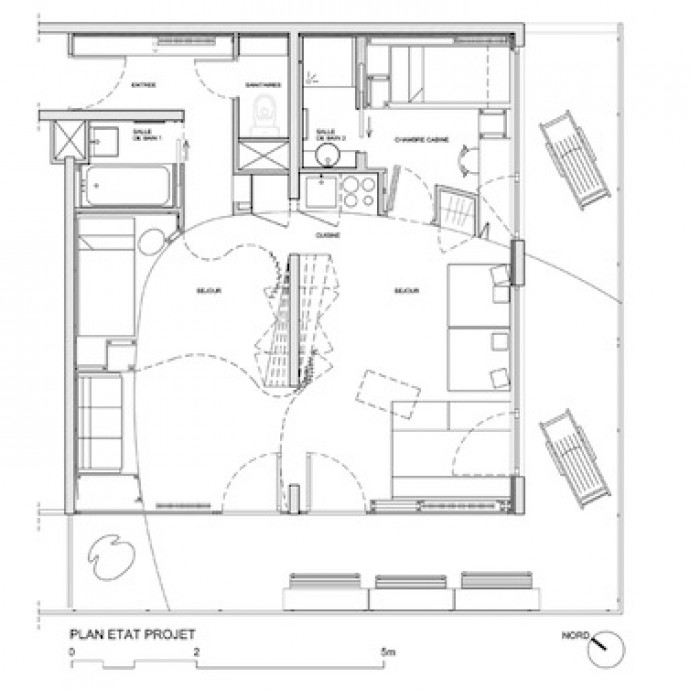