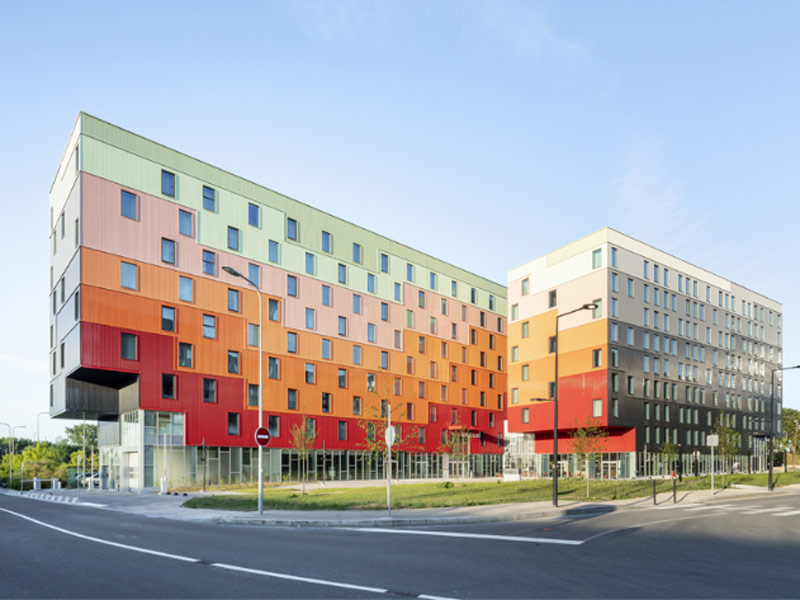 What is special about this project? These are two hotels located on the site of Paris-Charles de Gaulle airport in Roissy, one of the largest in the world! They are therefore mainly intended for tourist and business customers wishing to stay near an airport.

The land that hosts these two new hotels is part of a vast site near Terminal Roissy 1, known as the “Hotel Center” and developed as part of the renewal plan for Roissy airport. The various buildings have been installed along a very well-served urban axis (tramway, dual carriageway, cycle and pedestrian paths, etc.).

Large planted esplanades mingle with this set of flows, all forming a lively and attractive axis within the airport.

The program is made up of two hotels of different brands in a “combo”, sharing a certain number of shared common areas.

The operation remains divided into two distinct volumes which thread one behind the other and are then grafted to one another by a plinth which connects them. A single building, made up of two volumes in sum, which make it possible to confer on the general architecture a greater lightness in its visual impact, and a softer insertion into the site.

The two volumes are positioned along an east-west axis, but are offset from each other parallel to this line. Finally, they are slightly offset to create a triangular fault between them. Thus from the urban axis, these two volumes are successively revealed to walkers, giving the overall project a wealth of viewpoints.

Each establishment (the Courtyard and the Residence Inn) has its own signature. Their design has been imagined in such a way as to create an unexpected set of reflections. The whole also makes it possible to release a beautiful place which comes to articulate on the urban axis.

Released from the ground in May 2022, the program is signed Manuelle Gautrand Architecture. 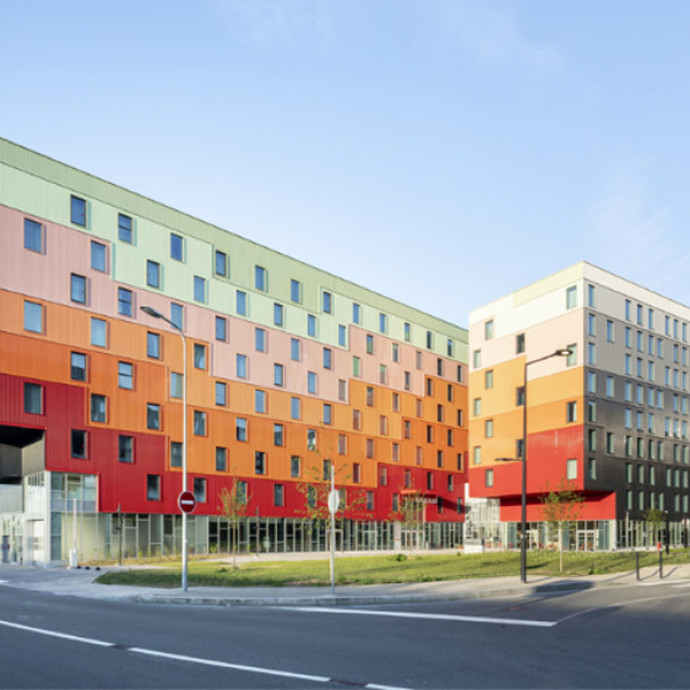 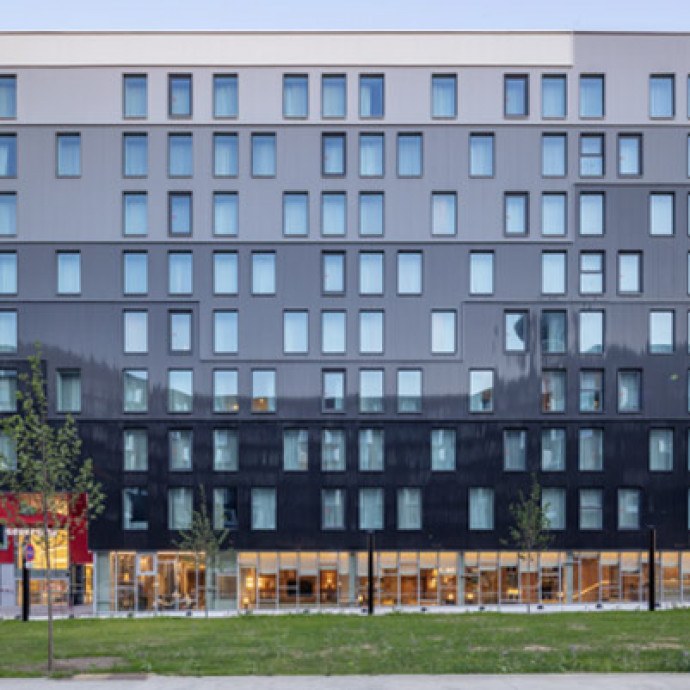 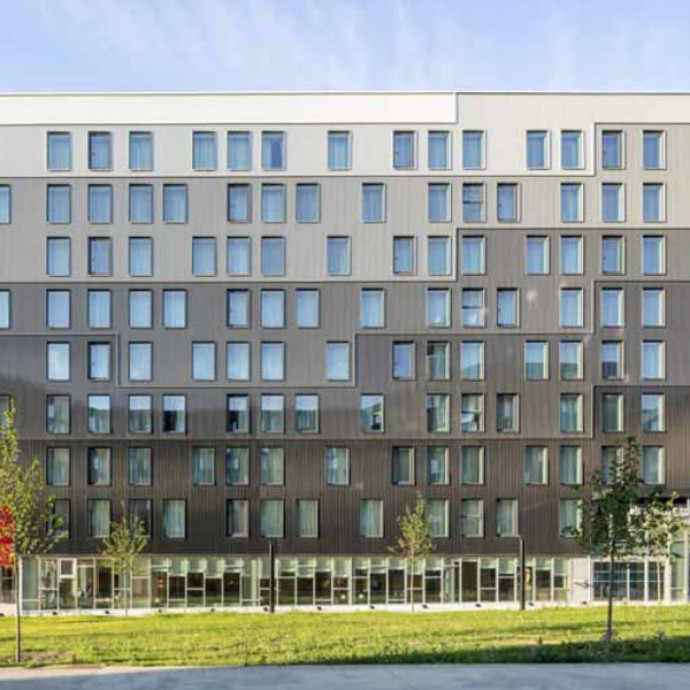