We were waiting for it, it's now done: the name of the winner of the RIBA Stirling Award was unveiled last night. And the winner of the prestigious British award is none other than London studio Mikhail Riches who recently awarded Norwich City Council with 105 low-energy homes. Back on the project that seduced the famous institution.

At the Awards Ceremony last night in London, UK, the RIBA Stirling 2019 Award jury praised the Goldsmith Street Social Ensemble, which he described as "an innovative project offering a remarkable contribution to British architecture. Just that !

The genesis of the project dates back to 2008 while the teams of Mikhail Riches win the contest launched by the city of Norwich wishing the realization of a hundred social housing including both single-family homes and apartments. The neighborhood in which the housing designed by the London office fits is largely dominated by the presence of typical buildings of the twentieth century, a framework obviously taken into account by the contractors.

Comprising seven terraced blocks arranged in four lines separated by wide streets and organized around a park, the group consisting of 45 houses and 60 apartments tries to reproduce an urban model dating from the nineteenth century, so as not to break with the identity of the neighborhood. If the original project seems a bit too rigorous, the care given to the facades just soften the whole. The choice of a partially pierced cream brick in the manner of moucharabieh as well as purified window frames lengthen and attenuate the severe aspect of the realization.

"In the face of a global climate emergency, the worst housing crisis for the generations and paralyzing budget cuts, Goldsmith Street is a symbol of hope. " Alan Jones, President of RIBA

Because the real asset of the project lies in its respect for the Passivhaus label. Indeed, the lighting and the natural heating (partial) are guaranteed thanks to the reduced height of the constructions, with their orientation south face as well as their roofs with the asymmetrical inclination. Behind these attractive facades, durable and detailed low-energy housing now welcomes new residents of the city of Norwich.

To learn more, visit the site of Mikhail Riches 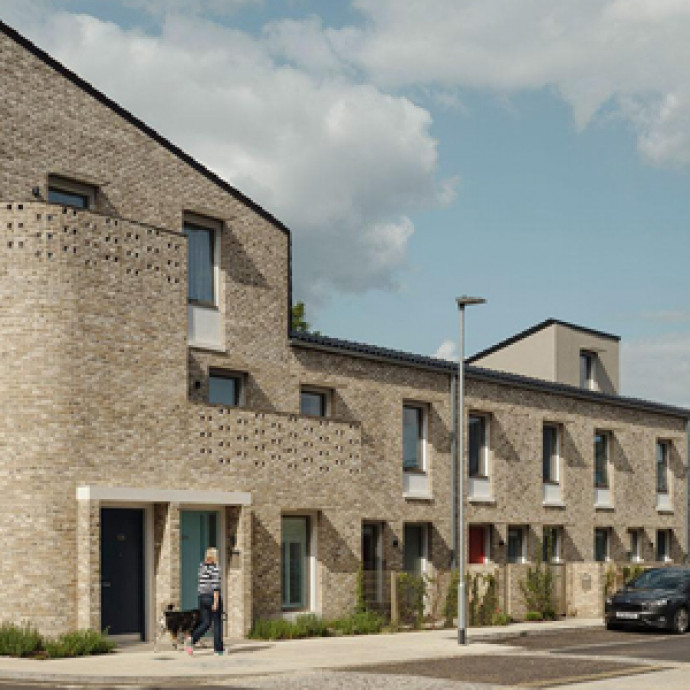 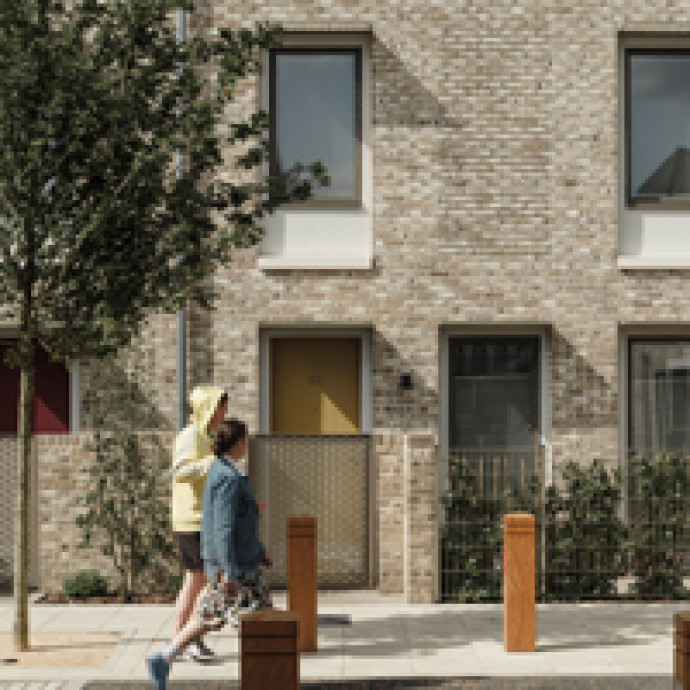 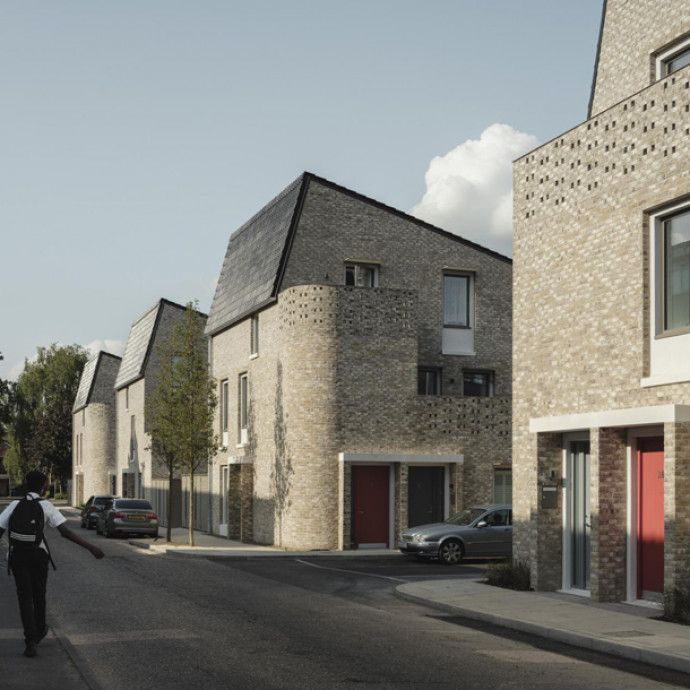 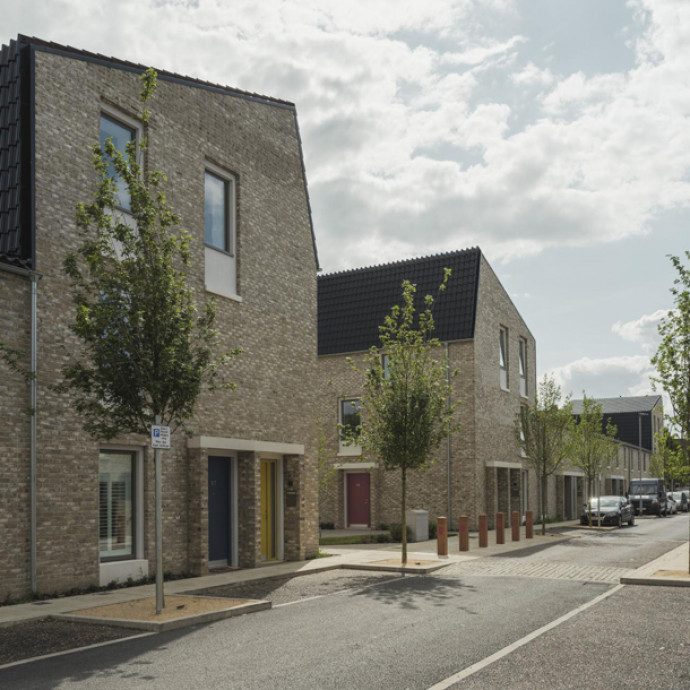 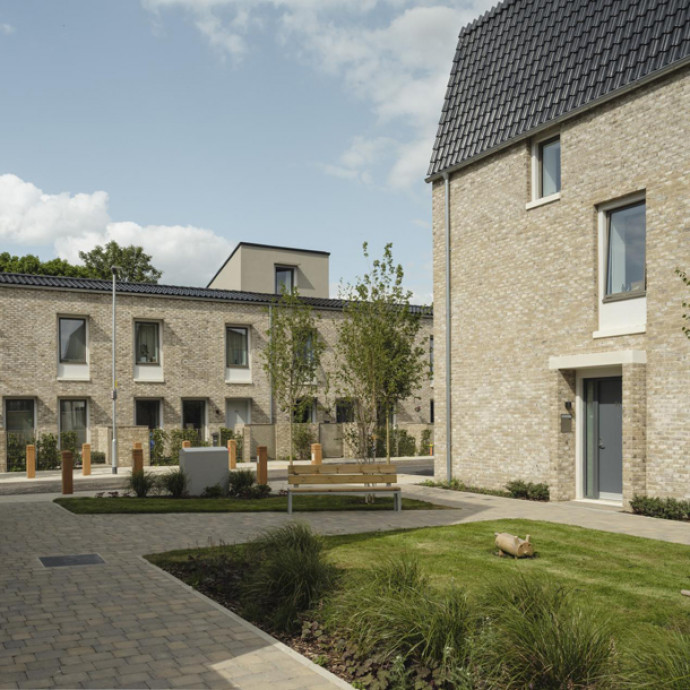 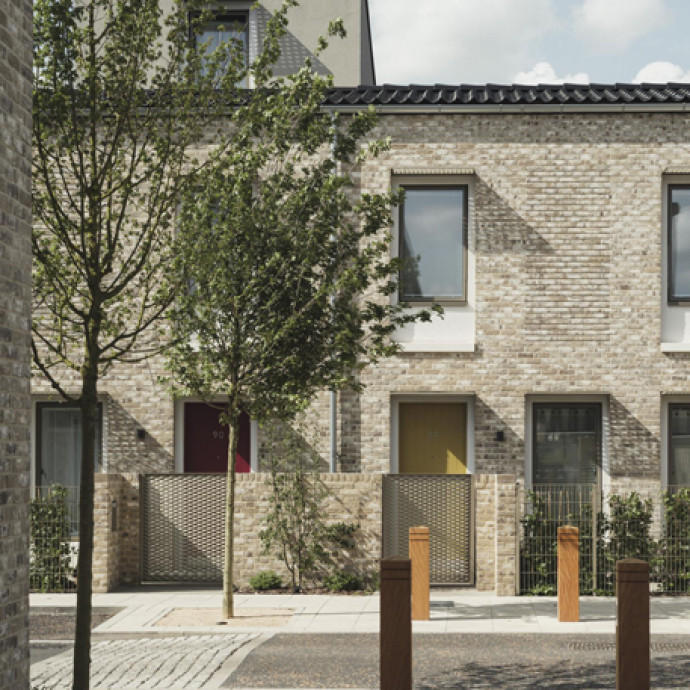 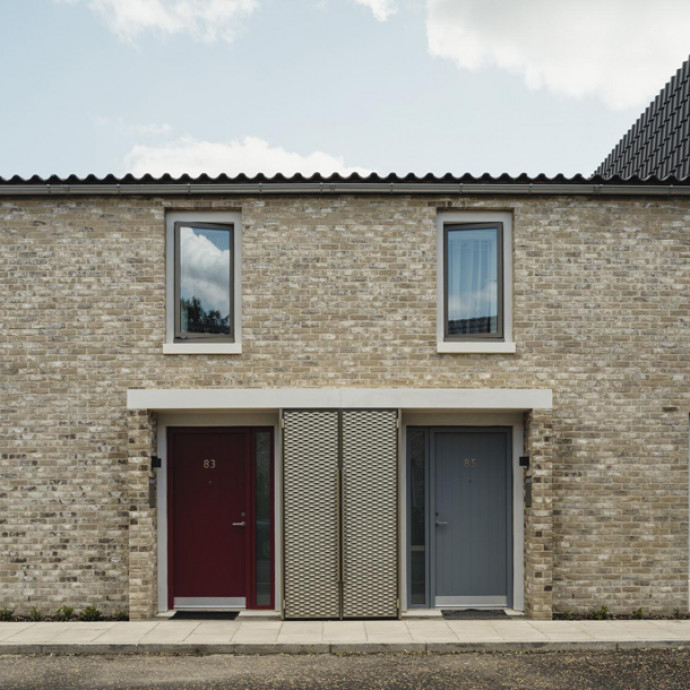 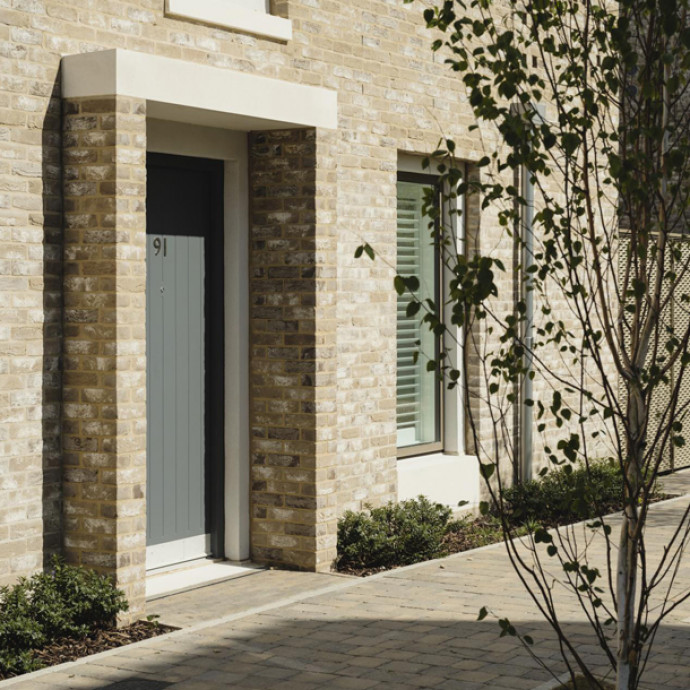 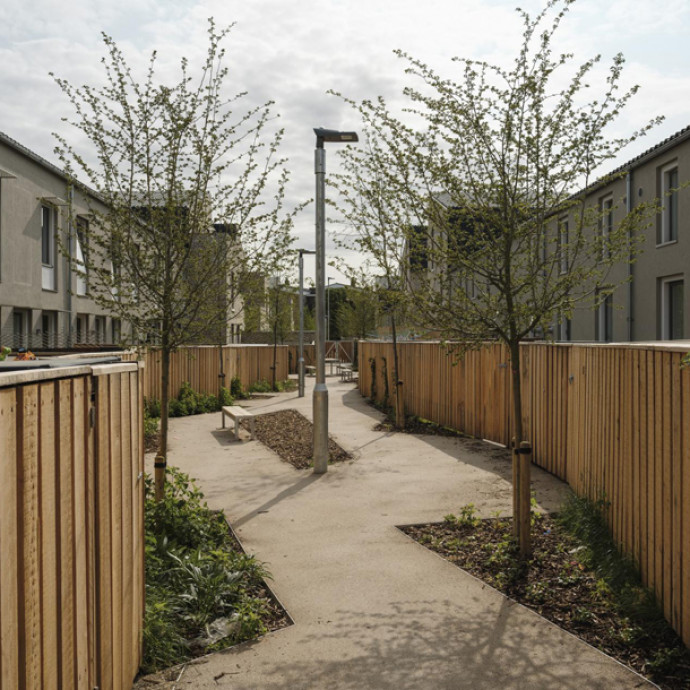 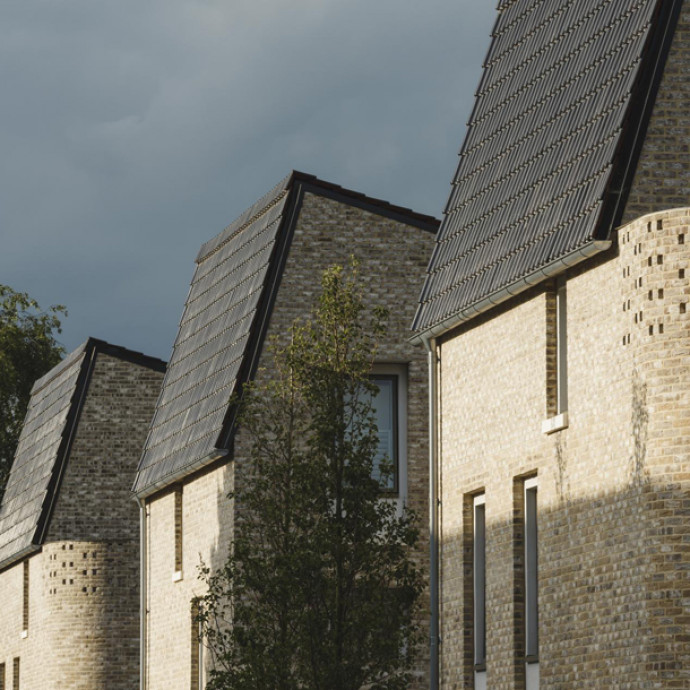